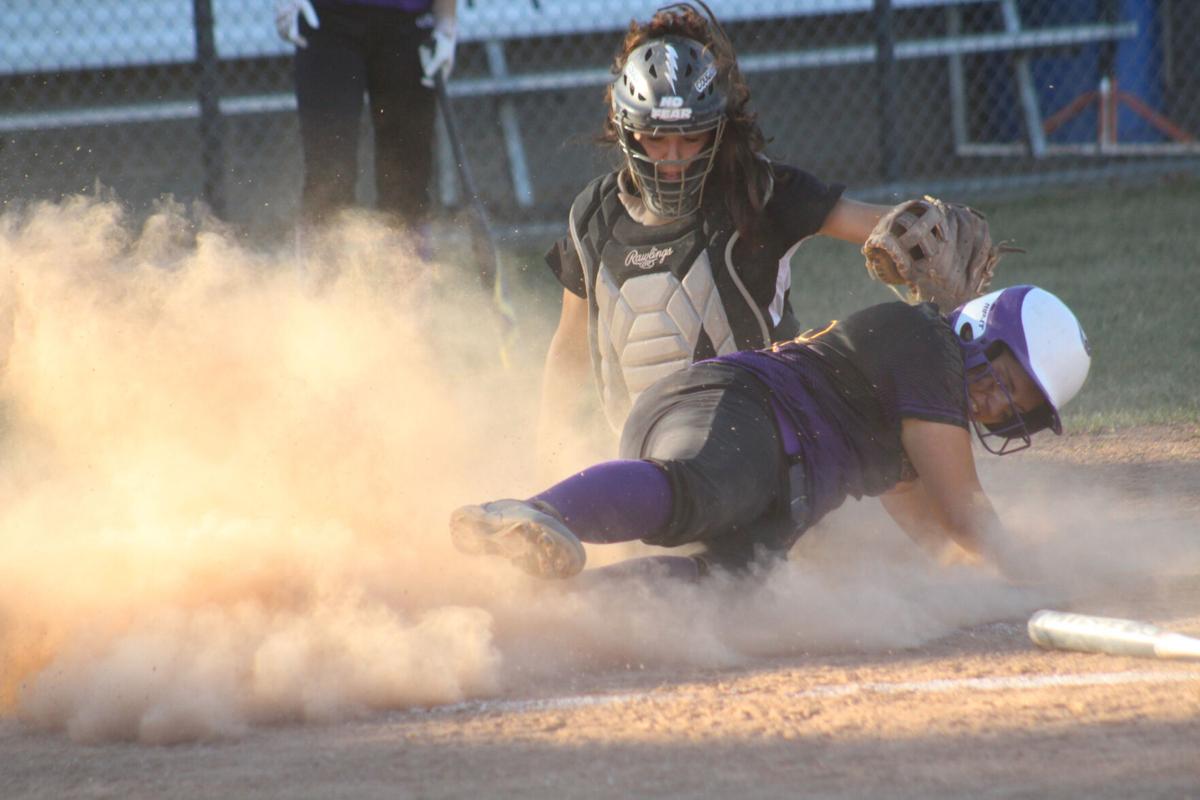 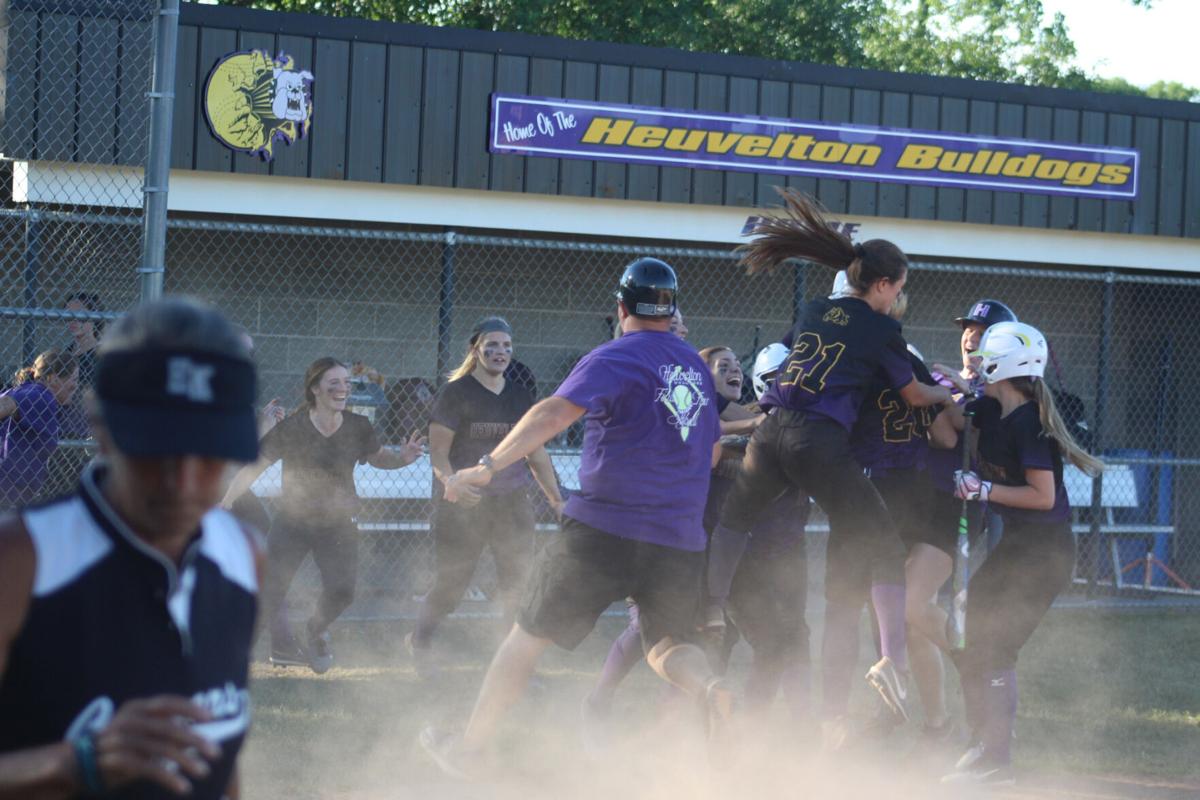 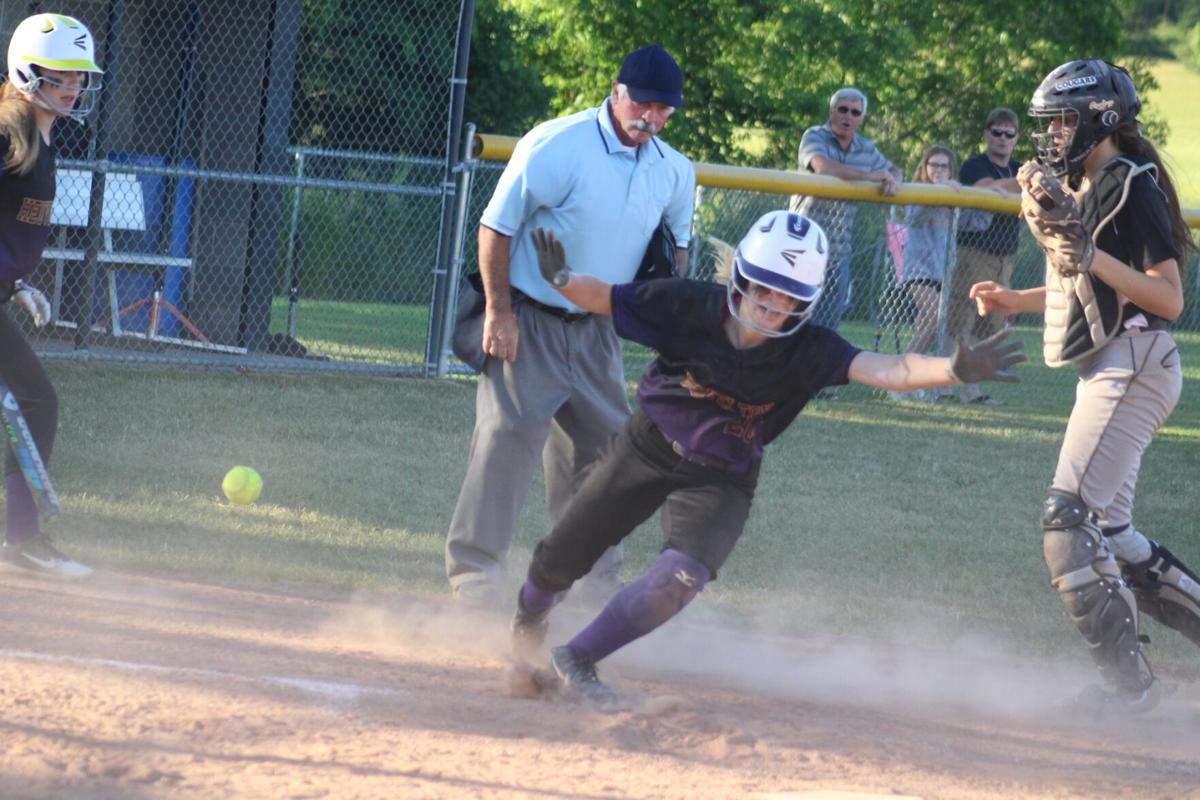 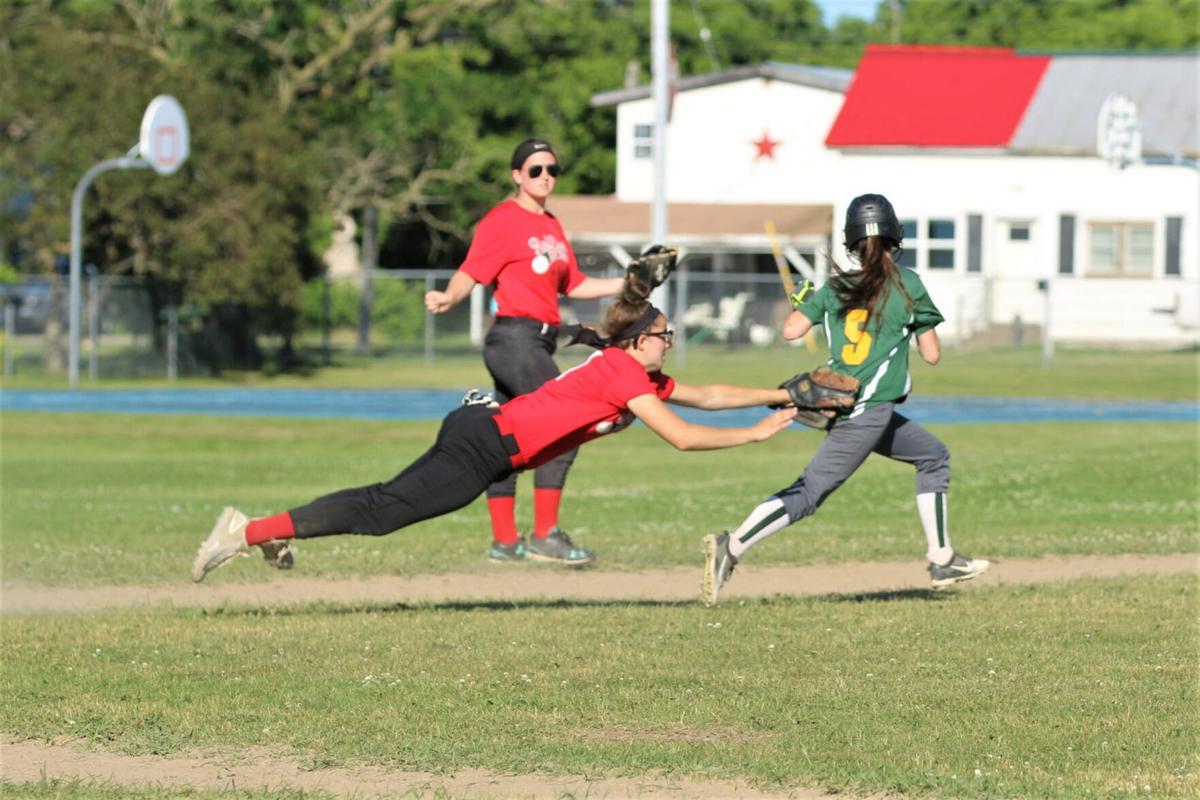 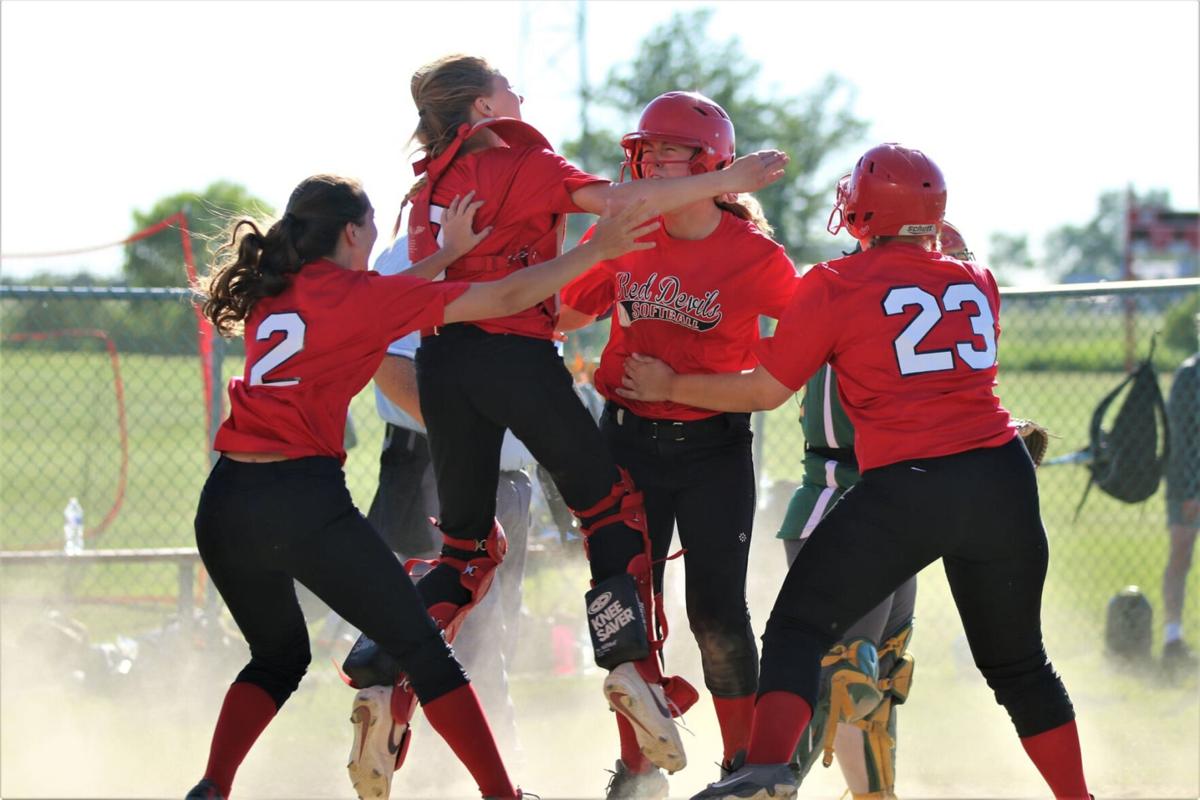 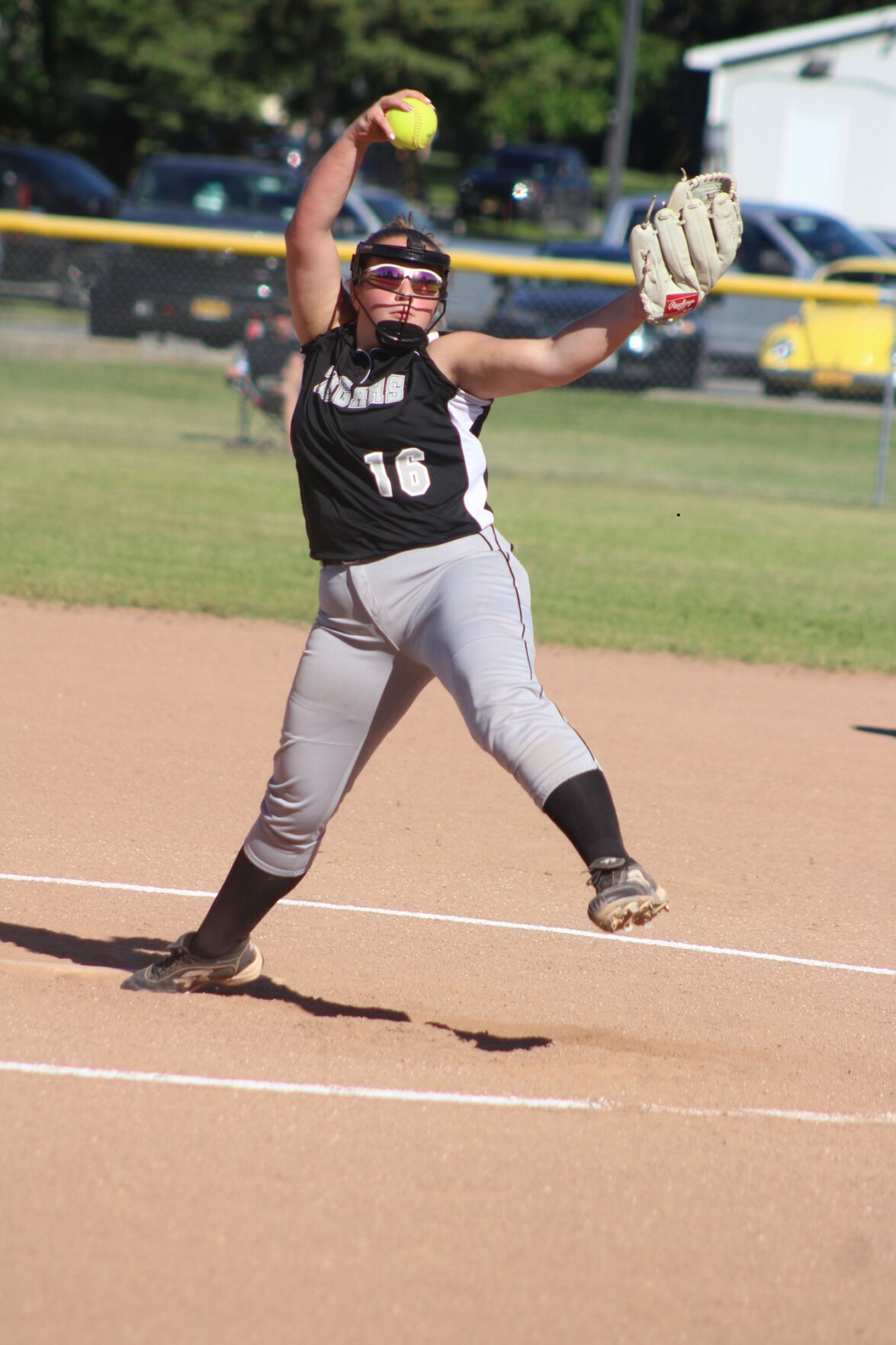 On Thursday they extended their outstanding seasons into the Section 10 Class D title game with amazing seventh inning comebacks to thwart outstanding pitching performances by Cadey Wheat of Edwards-Knox and Bri Grant of Hermon-DeKalb.

Heuvelton and Hammond will play for the title at OFA at noon Saturday.

Heuvelton hitters fought off numerous two-strike deliveries by Wheat to score five runs in the bottom of the seventh inning and snatch a 9-8 victory on a daring delayed steal of home by Carley Simmons with two outs.

Hammond never solved a career effort by Hermon-DeKalb pitcher Bri Grant but had two batters reach base on passed balls after swinging strike threes in the bottom of the seventh where they scored three runs to shade H-D 3-2. Eighth grader Ava Howie capped the rally with a two-run walkoff groundball single up the middle with no outs.

Hammond (11-3) handed Heuvelton its only loss on the opening day of the NAC season 4-2 and the Bulldogs (13-3) reversed the outcome 3-1 in the course of winning 13 straight games.

“We are ready to play. We beat Heuvelton 4-2 and they beat us 3-1 so its anyone’s game,” said Hammond Coach Katina Dillion.

“It is all about who shows up to play.”

Heuvelton’s victory over E-K (8-5) hinged upon the ability of Heuvelton’s Ally Trathen, who relieved starter Chasity Johnson in the top of the seventh, to escape a threat by the Cougars to take total control of the game.

With E-K leading 8-4 and Cougars perched on second and third with one out, Trathen fielded a bunt and threw out the runner trying to return to thirdbase and then enticed a infield fly.

The Bulldogs then used five great at-bats to score four runs to tie the score at 8-8 with no outs. Lily Spooner drew a leadoff walk and Trathen, Johnson and Molly Williams followed with successive singles which tied the score. Cadey Wheat, who struck out 12 in the game, gained the first out with a strikeout and Carley Simmons drilled a single to tie the score, stole second and took third on a wild pitch.

After Wheat gained the second out with a strikeout Simmons broke for home on a delayed steal and scored when the hurried throw sailed high over the reach of the catcher.

“Coach told me to go if they lobbed the ball back to the pitcher. So I took off and it worked,” said Simmons who led the Bulldogs’ offense with a double and two singles.

“The delayed steal is something we work on all of the time and try at least once a game,” said Heuvelton Coach Eliza Pierce.

“This was a great game and even if we didn’t win I was so proud of the way the girls turned the switch in the seventh inning and played with great confidence.”

“We didn’t get off to the best start and E-K made us pay by being aggressive at the plate and and the bases. Chasity Johnson gave us everything she had in six innings or work and we didn’t do a good job of backing her up in the field. We had no answer for Cady Wheat. She was dominant on the mound,” said Heuvelton Assistant Coach Chris Sherwin.

“We kept our composure and battled and we were able to to chip away at the lead. Allison Trathen took the mound in the seventh and didn’t allow any runs. That was her job and she did it. As we headed into the bottom of the seventh down four runs Molly Williams gathered the team and said what needed to be done. Her leadership this year is why we are where we are. We had great at-bats and great two strike hitting. Carley Simmons lead our offense today driving in runs and what she did to win the game is what Heuvelton softball is all about. This was a great team win. It took all 12 to get it done. Now we have to get ready for Saturday.

Frary and Hailey Matthews, E-K’s only seniors, were both members on the Cougars’ Class D title team of the 2019 season.

“Personally being involved in high school sports all year round its tough to see kids’ careers end end no matter what team they play on. Lucy Frary is one of the best three-sport athletes to come through the ranks and Hailey Matthews is right up there too. They are both going to do great things,” said Coach Sherwin.

E-K Coach Lori Brewer raised her seniors for leading the Cougars to a fine season and a strong finish down the stretch in a very deep NAC West.

“We played well but Heuvelton had just a great inning. Cadey Wheat might have gotten a little tired but she battled. It was just the way it played out,” she said.

Hammond entered the bottom of the seventh of its semi-final game facing a 2-0 deficit against H-D hurler Bri Grant who retired the first nine Devil batters and had allowed just three hits through six innings.

But she would never get an out in the seventh despite recording her 10th and 11th strikeouts of the game.

Avery Kenyon led off with her second single of the game and stole second. Alyvia Crosby and Hannah Belknap followed by beating out throws to first on passed balls on swinging strike threes. Kenyon scored on a passed ball and Ava Howie stroked a walk-off single up the middle which scored two runs.

“Avery Kenyon played tough on defense and got the hits going. We had a couple of errors but overall we played tough defense throughout,” said Hammond Coach Avery Kenyon.

“Sydney Tanner was consistent and strong on the mound.”

Belknap also tripled in the game where Hailey Cunningham singled.

Hannah Tanner skillfully pitched her way through eight hits by H-D which scored single runs in the second and third innings. Bailey Wright delivered an RBI single in the second and Audri Tehonica doubled in the third and scored on a two-base error.