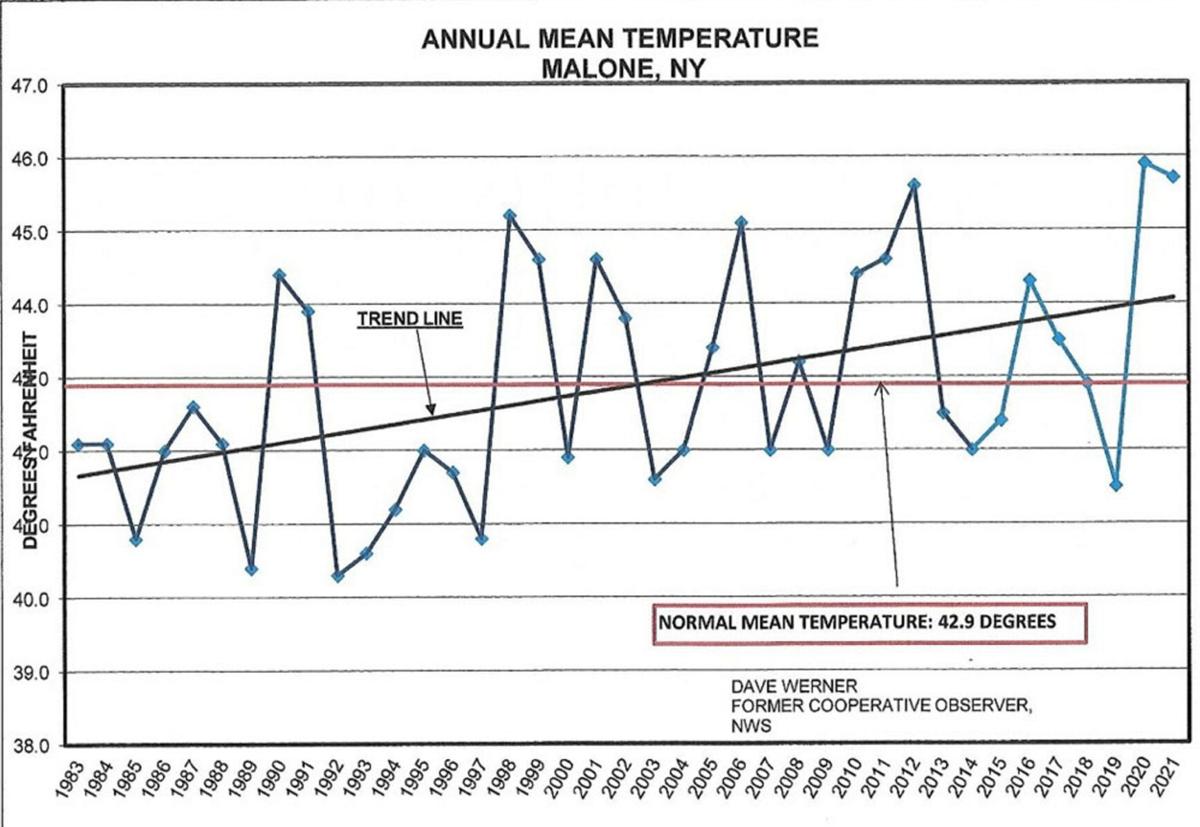 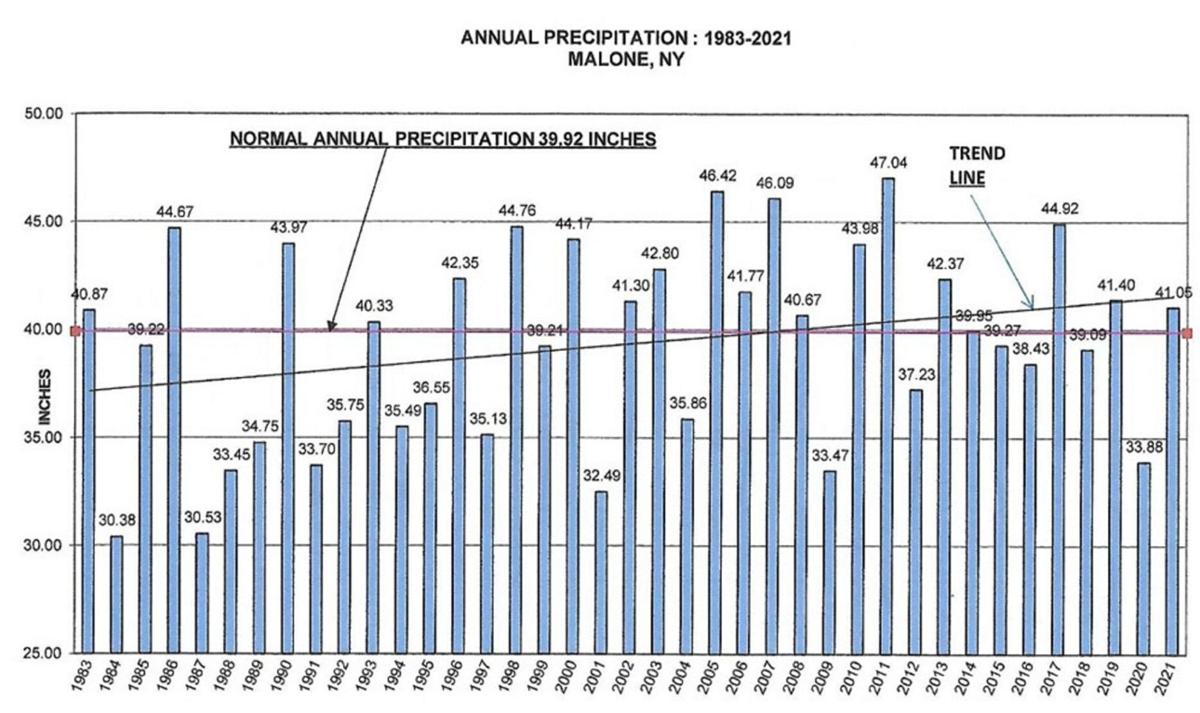 2021 was the second warmest year in Malone since the weather station was opened by the NWS in 1982, second only to 2020. Two years earlier, 2019, was the coldest year since 1997. The mean temperature for 2021 was 45.7 degrees, 2.8 degrees above normal and only 0.2 degrees cooler than 2020. Except for February and July, which were colder than normal, the rest of the months were all warmer than normal, with seven of those months (January, March, April, June, August, October, and December) significantly above normal.

The coldest temperature in 2021 was minus 20 degrees on February 13th. There were 21 days with sub-zero readings. For the past 39 years Malone has averaged 20 days per year with sub-zero readings and two days with readings of 20 below zero or colder. Over the past 39 years the lowest recorded reading was minus 31 on February 7, 1993. The coldest year, with an annual mean of 40.3 degrees, was 1992.

The accompanying charts graphically depict how temperature and precipitation in Malone for 2021 compare with 39 years of data (1983 through 2021). Whether it’s due to global warming or not, it’s obvious that temperatures are warming locally.