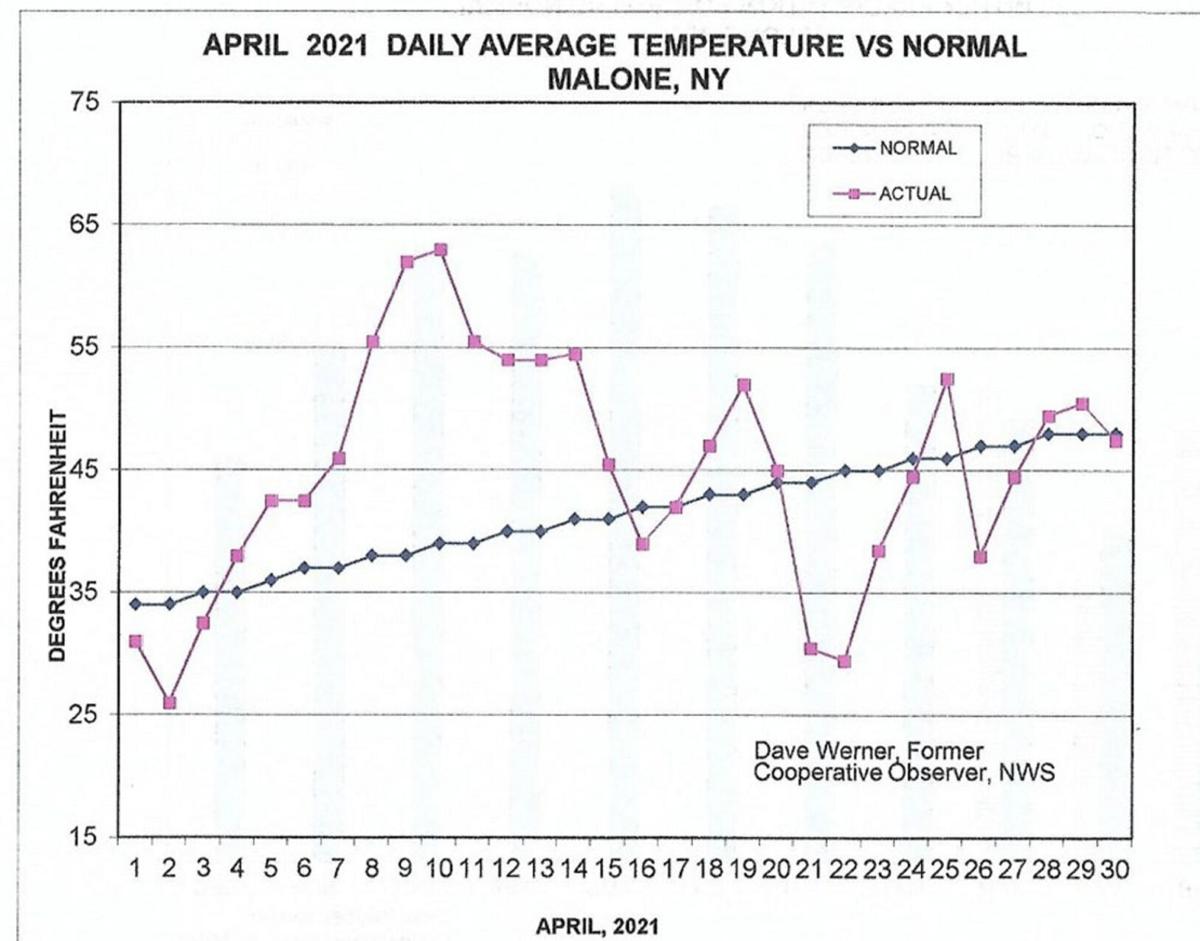 Submitted Chart by Dave WernerPictured is the chart for April Temperatures 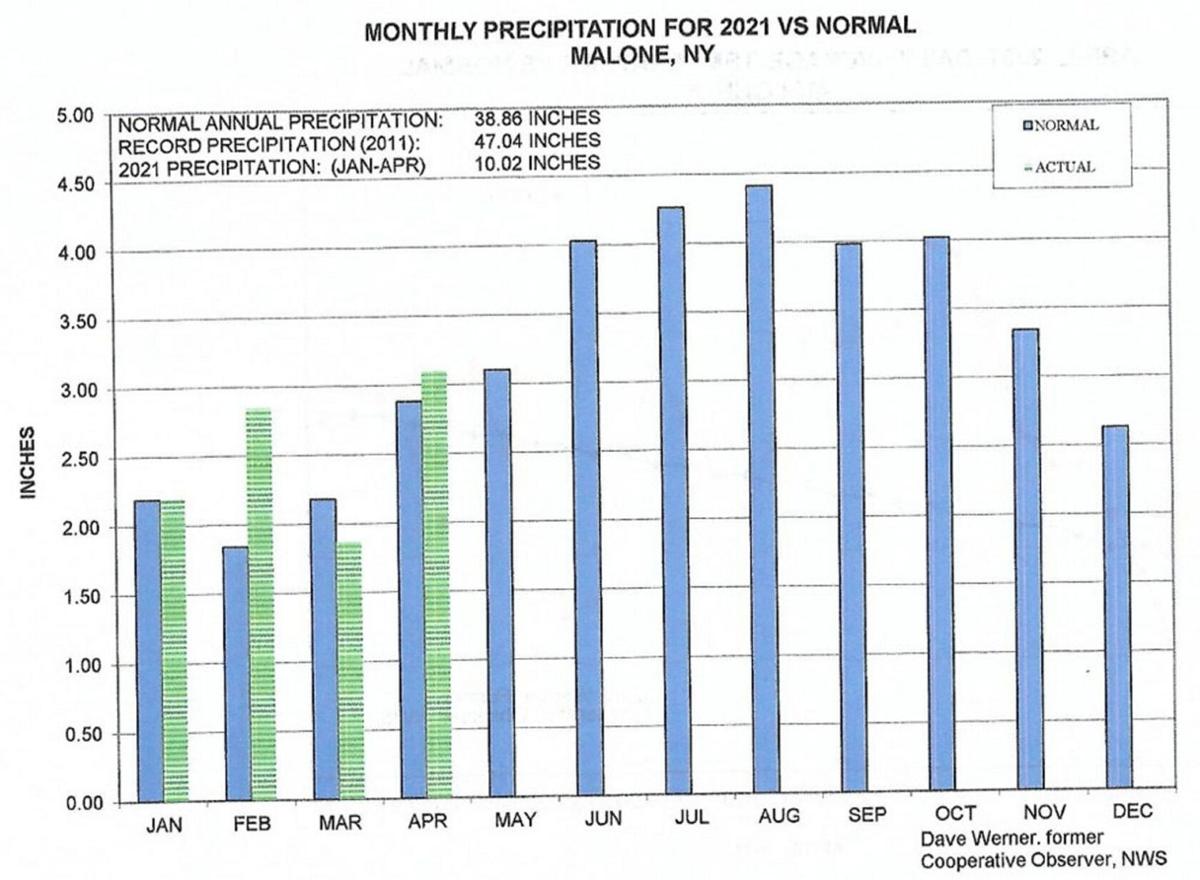 Submitted Chart by Dave WernerPictured is the Chart for April Precipitation

Submitted Chart by Dave WernerPictured is the chart for April Temperatures

Submitted Chart by Dave WernerPictured is the Chart for April Precipitation

April turned out to be much warmer than normal. It was the warmest April since April, 2010. Last year, however, April was well below normal. This April’s mean temperature was 45.3 degrees, nearly four degrees above the normal of 41.4. The highest reading for the month was 78 degrees on the 9th and again on the 10th and the lowest reading was 17 degrees on the 2nd. April temperature extremes over the past 39 years are 87 degrees in 2010 and a low of only five degrees in 1995.

Precipitation totaled 3.10 inches, not including the rain and snow that fell after 7:00 a.m. on the 30th, which will be included in the May statistics. Normal April precipitation is 2.88 inches. Precipitation for this year, as of the end of April, is 10.02 inches, nearly an inch above the normal of 9.09 inches. Included in the April precipitation total were six inches of snow (not including the snow that began in the afternoon of the 30th), slightly below the normal snowfall of 7.3 inches. April snowfall extremes over the past 39 years are 27.5 inches in 2000 and only a trace in 1998, 1999, and 2005. The April snow brought our total for the 2020-21 season to 69 1/2 inches, well below the normal of 95 inches through the end of April.

The late-season snowfall that totaled four inches in Malone began in the afternoon of the 30th and continued into Saturday, May 1st. This amount will be reported in May. The normal date of the last measurable snowfall in Malone is April 16th.

Average unofficial wind velocity for April was 5.3 mph from the NW; the maximum gust was 41 mph from the WNW on the 22nd.

May marks the beginning of the growing season in New York State, and although below freezing temperatures are almost a certainty in our area, they normally occur during the first half of the month. Frosty nights, however, can be expected throughout May and even in early June in the Adirondacks.

For the past 38 years, the dates of the last freezing temperature in Malone vary from as early as April 22nd in 2011 to as late as June 3rd in 1986. The average date of the last frost is May 10th.

Although May can get pretty hot locally, as evidenced by the record-setting 94-degree reading last year, in a normal May, we can expect one day with a maximum reading above 80 degrees and another seven days with a maximum above 70.

The coldest May temperature over the past 38 years was a 24-degree reading on May 3, 1986. Normally we can expect 2-3 days with minimums of 32 degrees or below.

In Northern Alaska, the sun does not set in late spring and much of the summer. At Utqiagvik (formally Barrow) Alaska, around May 10th is the last sunset until about August 2nd, providing nearly three months of continuous daylight.

On the 10th in 1997 a very potent, late season snowstorm hit the Northeast, with nearly a foot falling in Boston’s western suburbs. No snow was reported in Malone.

Global warming? Not in Boston in May, 1995. It took until the 18th for the temperature to reach 70 degrees or above, the latest such occurrence on record.