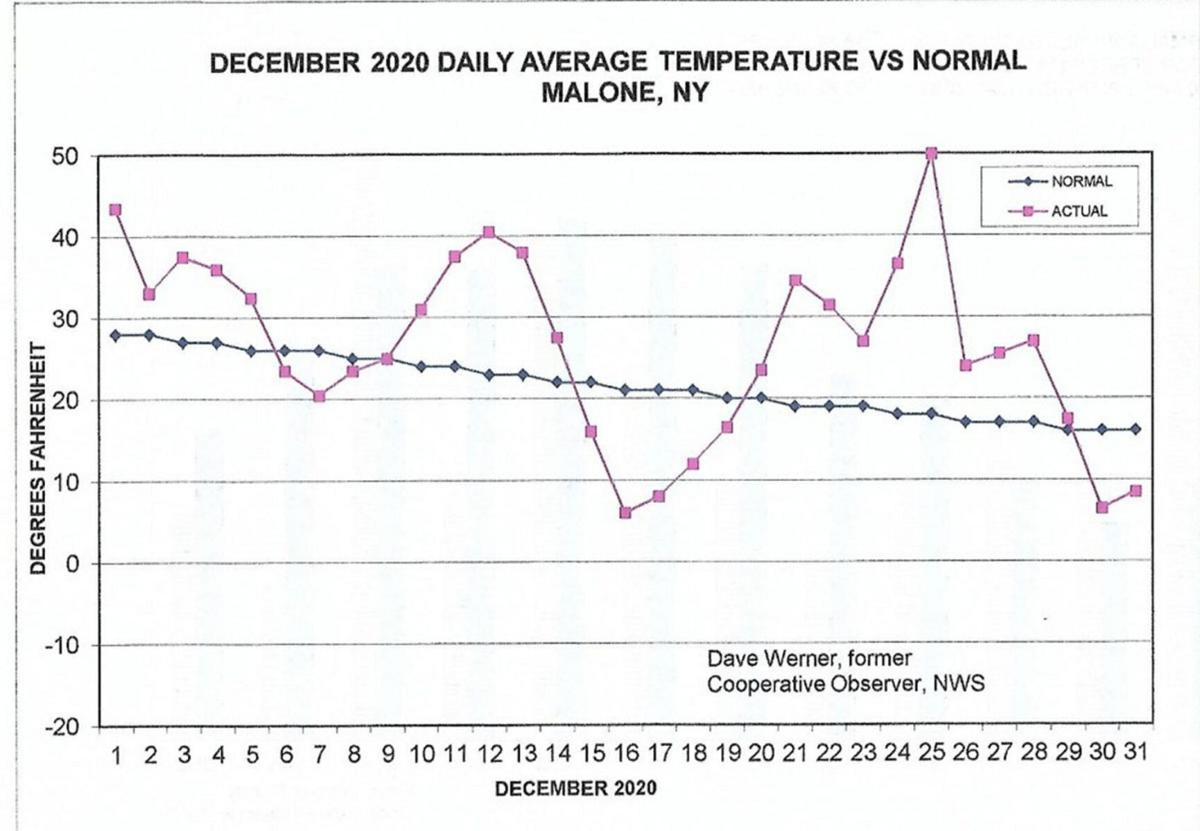 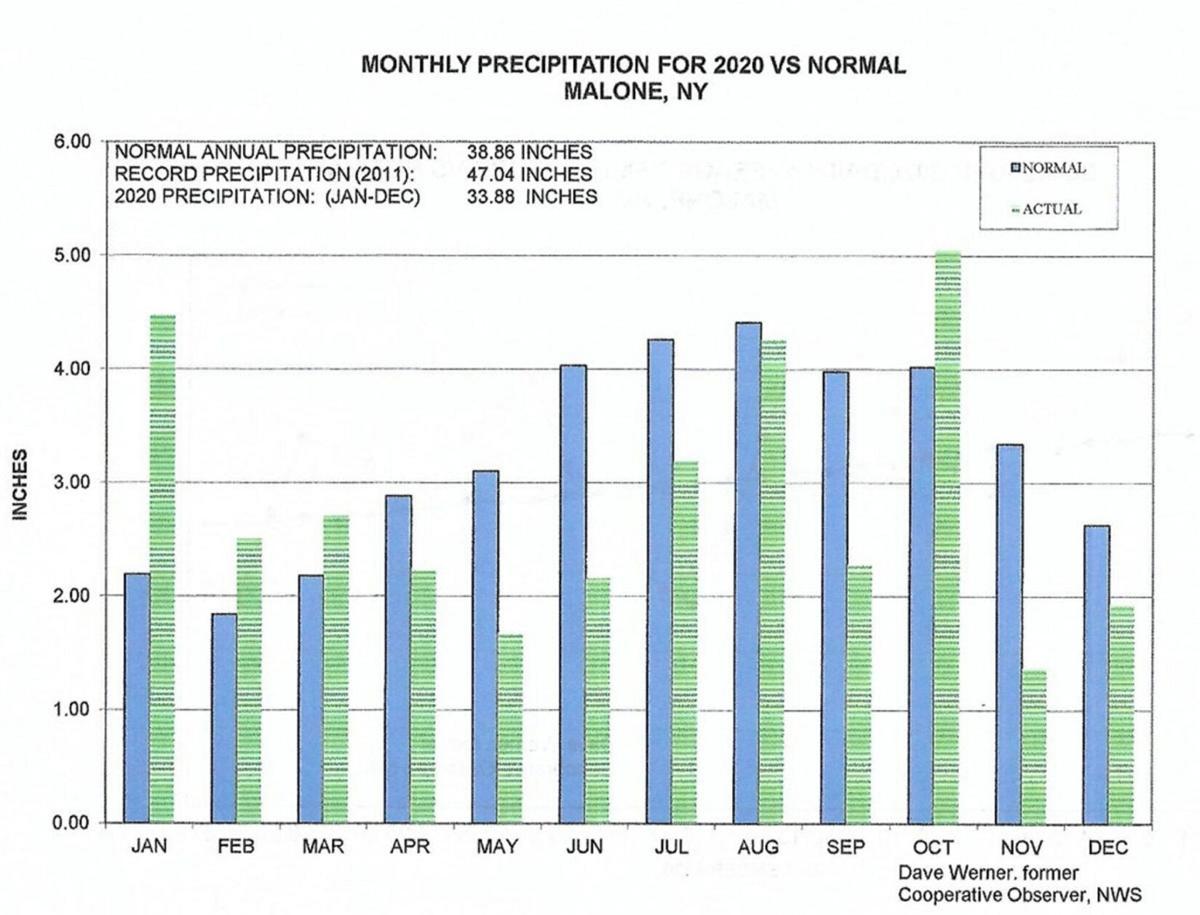 With the exception of a cold spell in the middle of the month, December turned out to be much warmer than normal. It also had the least snowfall in at least 39 years.

The mean temperature was 27.7 degrees, 6.1 degrees above normal, the 7th warmest December since prior to 1982. There were no sub-zero temperatures compared with a normal of six or seven such days. In spite of the warm month, only one temperature record was broken – a 63-degree reading early Christmas morning, breaking the previous Christmas day high reading of 61 degrees from 1982.

The highest temperature in December was the 63-degree reading on Christmas and the low reading was zero on the 16th. Over the past 39 years, December temperature extremes are 67 degrees in 2015 and -29 in 1993.

December’s snowfall totaled only 4.3 inches, the least amount for any December since the Malone weather station was opened in 1982, and well below the normal of 21 inches. On Christmas morning, there was no snow at all on the ground.

Total snowfall through the end of December was only 7.8 inches. Normal as of Dec. 31 is 32.3 inches.

Normal precipitation is 2.19 inches and includes an average of 22 inches of snow. The driest January over the past 38 years was 1988 when only 0.94 inches of precipitation was recorded while the wettest was 1998 with 6.39 inches.

January snowfall has ranged from only seven inches in 1983 to 41.5 inches in 2019. Based on the past 38 years, we can expect snowfalls of an inch or more on nine days and two storms with three or more inches.

On the 5th through the 9th, 1998, an unprecedented ice storm in northern NY, northern New England, and southeast Canada caused over $3 billion damage, nearly 40 deaths, and loss of power to millions of customers, some for well over a month. Ice accumulations generally exceeded 3 inches. Over the duration of the event Malone measured over 4 inches of rain, almost all in the form of freezing rain, more than double the average precipitation for the entire month.