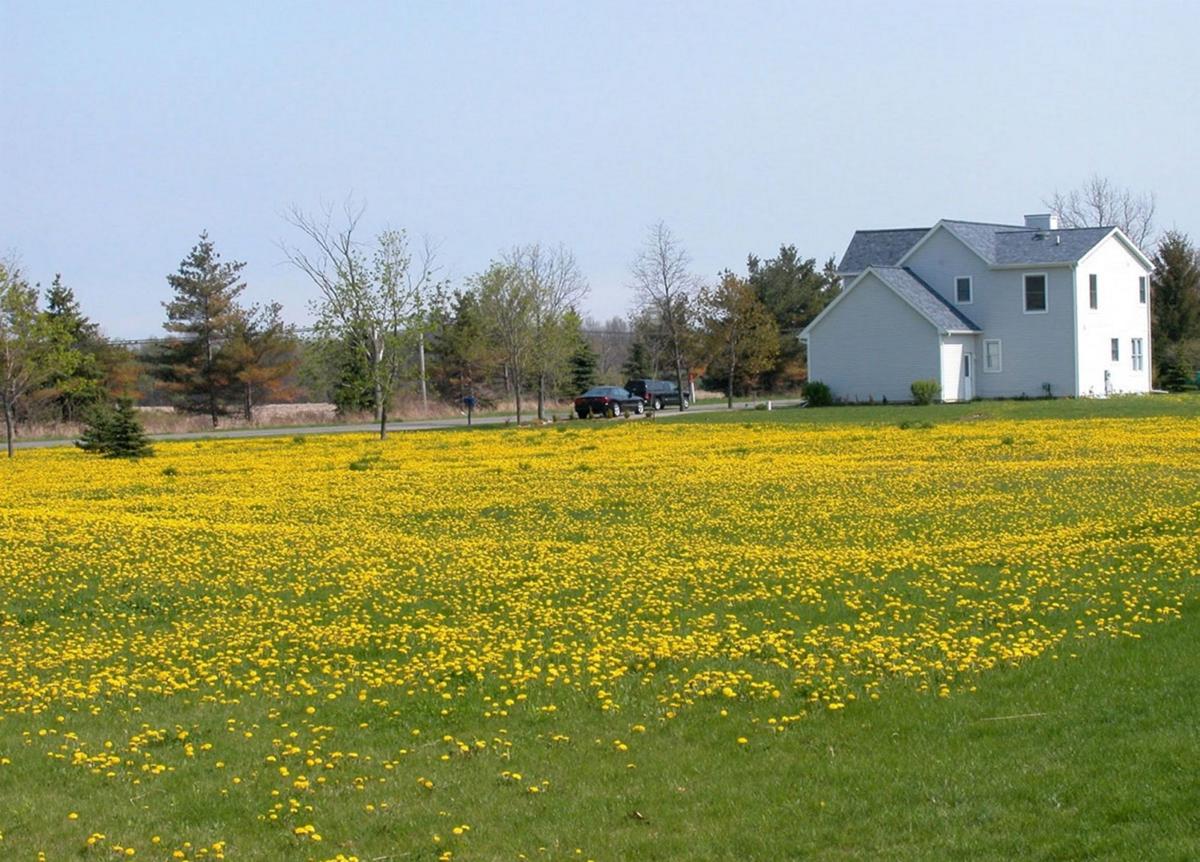 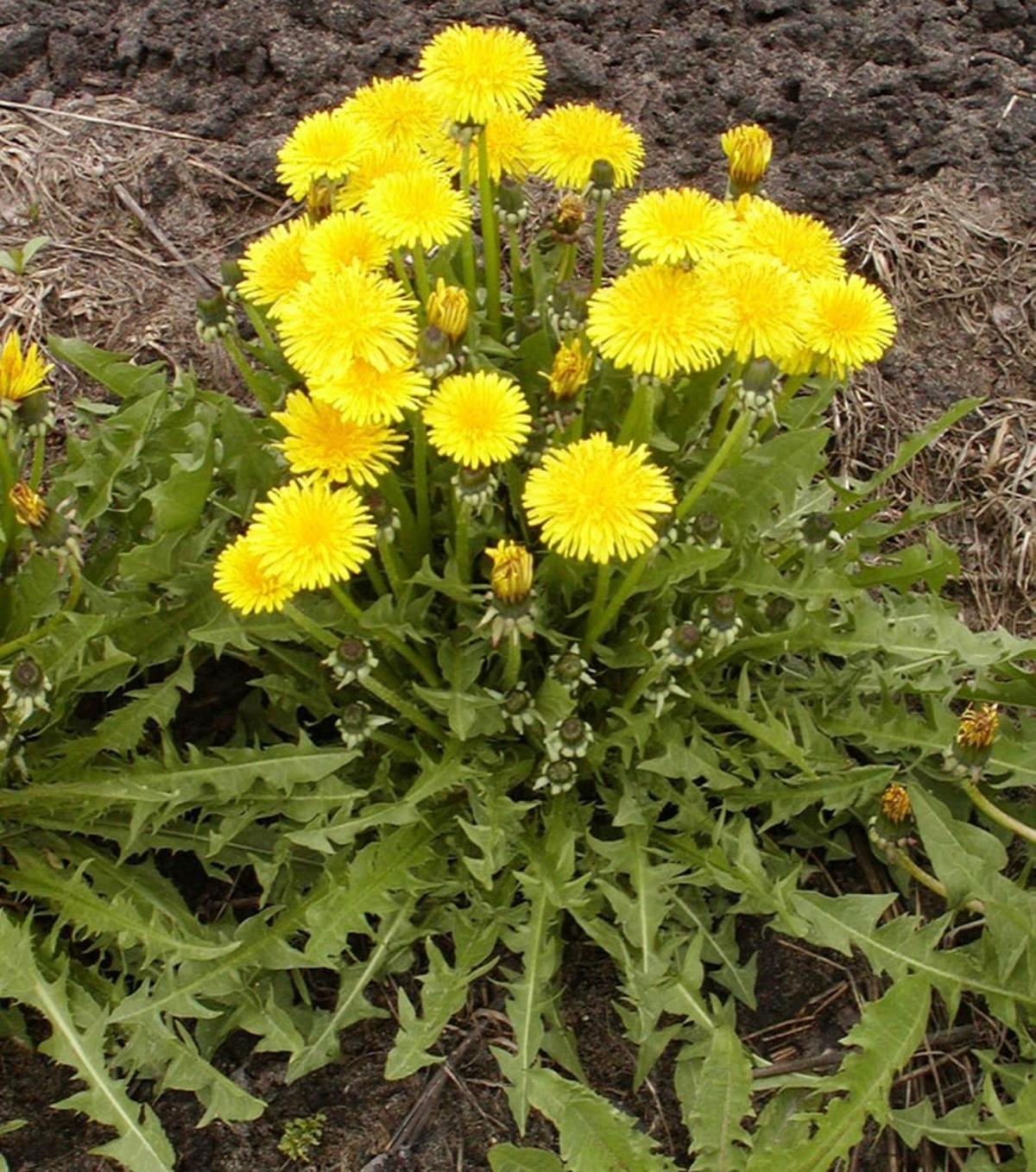 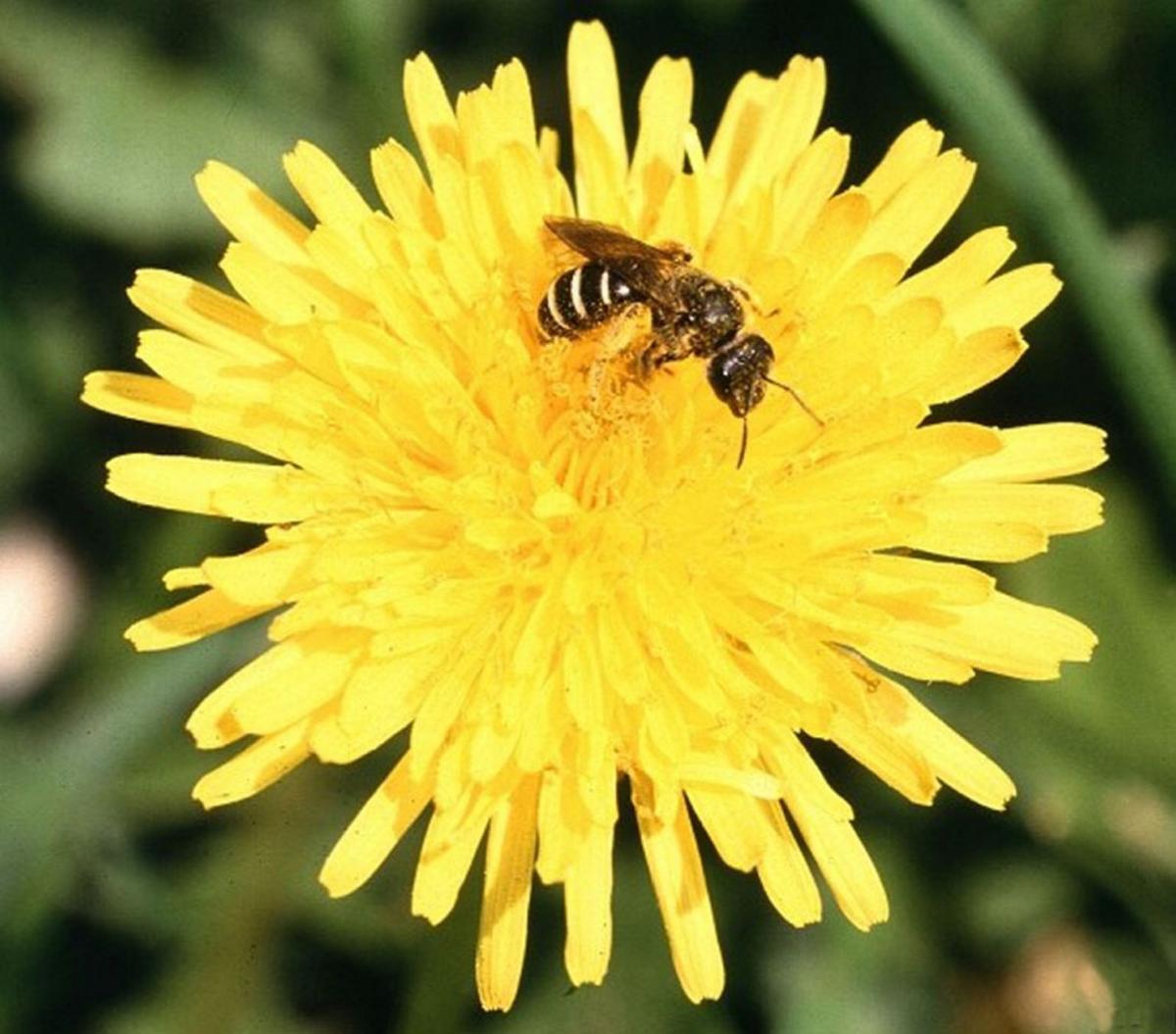 Dandelions (Taraxacum officinale) are probably the most recognized of all broadleaf “weeds.” Many people consider them a curse; a plant that can establish quickly, by seed, in a well-kept lawn and become extremely difficult to eradicate. Homeowners and groundskeepers spend tremendous amounts of time and enormous amounts of money annually, persistently trying to exterminate the tenacious, opportunistic, perennial wildflowers, which will re-grow vegetatively, if the taproot is not entirely removed, often even after being treated with herbicides.

Others value dandelions as one of the least-recognized of all multipurpose herbs. They view them as nutritious, free food that can be easily added to almost anyone’s diet. They delight in collecting dandelion greens to add to soups or salads, and/or take pleasure in picking the flower heads (and digging roots) for a pot of tea or a crock of dandelion wine. I have a friend who remembers when, as a boy, he was paid a penny apiece for dandelion heads (blossoms), by an enthusiastic wine-making neighbor.

The National Institutes of Health (NIH) National Center for Complementary and Integrated Health maintains that, “The use of dandelion as a food is generally considered safe. However, some people are allergic to dandelion; allergic reactions are especially likely in people who are allergic to related plants such as ragweed, chrysanthemums, marigolds, and daisies. The safety of using dandelion supplements for health-related purposes is uncertain.”

The name dandelion comes from the French ‘dent de lion’ or ‘tooth of the lion’; a reference to the serrations on the plant’s leaves. Dandelions prefer sunlight to shade, but can grow just about anywhere, and are commonly found in highly disturbed ecosystems (e.g. lawns, overgrazed pastures, burn sites, avalanche sites).

The blossoms are used by pollinators, including butterflies and honeybees. But real dandelion honey (honey made from the flower nectar and pollen of dandelions) has such a high sucrose content that it often crystallizes right in the honeycomb, making it extremely difficult to harvest. Many products sold as dandelion honey are not honey, at all. They’re dandelion infused syrups: made from dandelion flower-heads and sugar.

Generally believed to be native only to Eurasia, dandelions are now widely established throughout North America; so much so that they are often overlooked as naturalized non-natives. (They now grow widely, as a weed, in nearly all temperate climates.) The Puritans brought them to North America to be used mostly as medicine for treating fevers, boils, diarrhea, eye problems, fluid retention, heartburn, liver congestion and skin ailments.

Their use as food and medicine can be traced back to ancient Rome and has also been noted in writings of the Anglo Saxon tribes of Britain and the Normans of France. And dandelions have been used, as well, in traditional Native American, Chinese, Arabic and Russian medicine to treat upset stomach, skin problems, heartburn, swelling and inflammation, fever, boils, diarrhea, digestive problems and ailments of the liver, bile ducts, gallbladder, kidneys, and urinary tract. From 1831 to 1926 dandelions were officially listed in the U.S. Pharmacopoeia.

According to the University of Maryland Medical Center, “Dandelion leaves act as a diuretic, increasing the amount of urine the body produces. The leaves are used to stimulate the appetite and help digestion. Dandelion flower has antioxidant properties. Dandelion may help improve the immune system.”

Herbalists value dandelion leaves because they’re rich in vitamins (e.g. A, B complex, C, E, K), minerals (e.g. calcium, iron, magnesium, manganese, potassium, zinc), and beneficial flavonoids. They’re a practical source of dietary fiber, as well. The blossoms are regarded as high in vitamins A and B-12. The roots contain inulin and levulin, carbohydrates that may help balance blood sugar and have beneficial effect on gut flora; and taraxacin, which stimulates digestion.

Many herbalists use dandelion leaves to support kidney function, and dandelion root to detoxify the liver and gallbladder. Dandelion is widely cultivated today in India, where it’s used in treating liver problems.

In 2009, the University of Windsor in Ontario, Canada, initiated the ‘Dandelion Root Project’ aimed at showcasing scientific evidence for the safe and effective use of dandelion root extract and other natural health products for cancer therapy. They have been testing dandelion extract in the lab against various cancer cells and are currently in Phase 1 clinical trials for drug refractory (resistant) blood cancers.

(Be sure that your dandelion flowers are free of pesticides, herbicides, or other contaminants.)

Steep one tablespoon of flower-heads (removing as much of the green as possible to avoid excess bitterness) for 30 minutes in five ounces of boiling water.

Add sugar, honey, or maple syrup and lemon to taste.

Measure out 2 cups of flower-heads (removing as much of the green as possible to avoid excess bitterness).

Pour 2 cups of boiling water over the flower-heads and let steep until it cools down.

Strain well, squeezing out as much liquid as possible.

Cover and place in the refrigerator overnight.

Pour the cold liquid into a large saucepan.

Add 2 tablespoons of lemon juice and 1 box of powdered pectin.

Bring to a boil.

Add 3 cups of (your favorite) sugar and bring back to a boil for 1 to 2 minutes.

Remove from the heat.

Wipe the edges of the jars clean and place the lids and rings on finger tight.

Place jars in a water bath canner and process for 10 minutes.

Remove the jars and place on a towel. Allow them to sit undisturbed for 24 hours to let the seal harden.

Place one gallon of dandelion flower-heads in a two-gallon or larger open crock and pour boiling water over them.

Cover the crock with cheesecloth and let it sit at room temperature for three days.

Strain well, squeezing out as much liquid as possible.

Put the liquid into a big pot.

Add 3 pounds of your preferred sugar or sweetener; 3 or 4 lemons chopped, and 3 or 4 oranges, chopped.

Bring to a boil.

Cover and simmer for 30 minutes.

Cover with cheesecloth and let sit (work) until the bubbling stops (2–3 weeks).

Sauté in hot olive oil and garlic for 3-5 minutes.

Top with lemon juice or add to eggs, pasta, etc.

After removing as much of the green as possible (to avoid excess bitterness), dip individual flower heads into your favorite batter mix.

Add to a skillet with hot oil and cook over medium heat until brown.