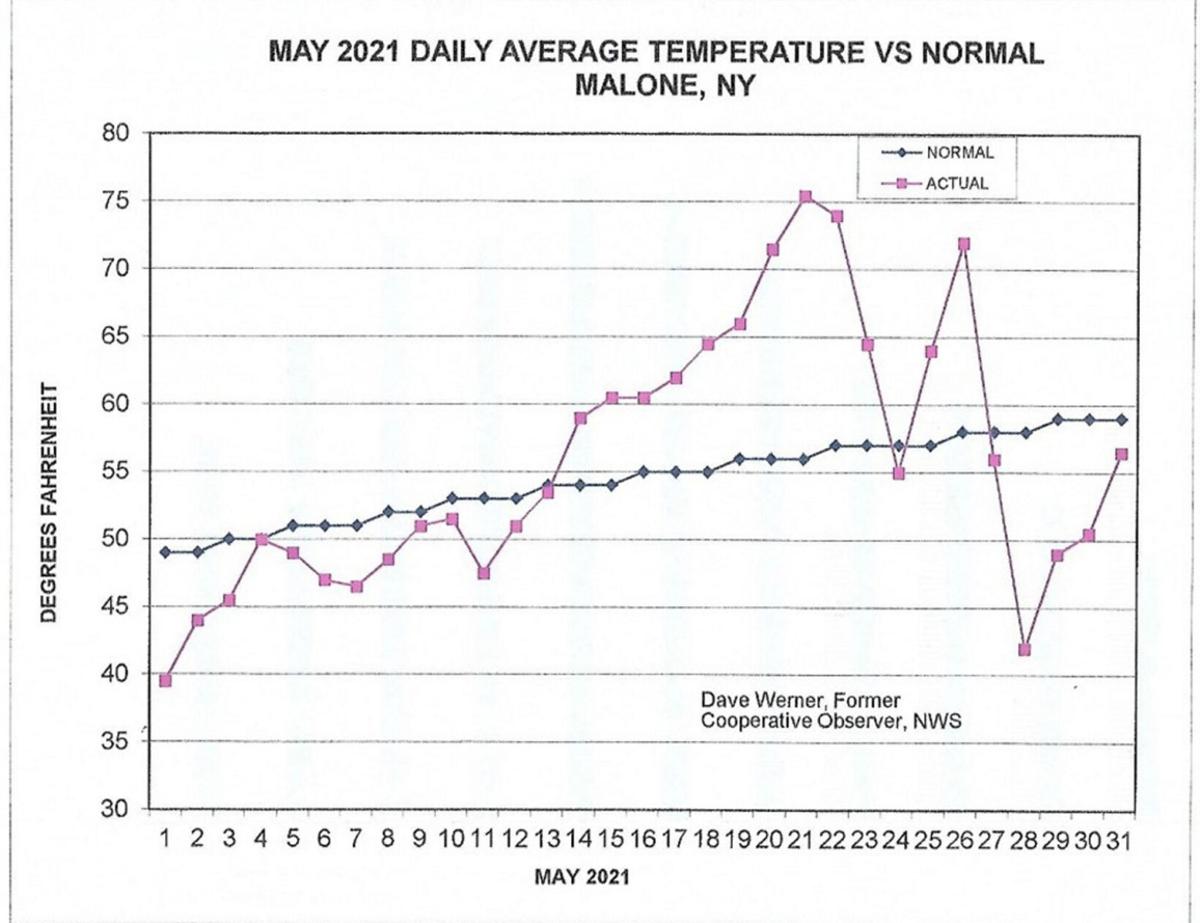 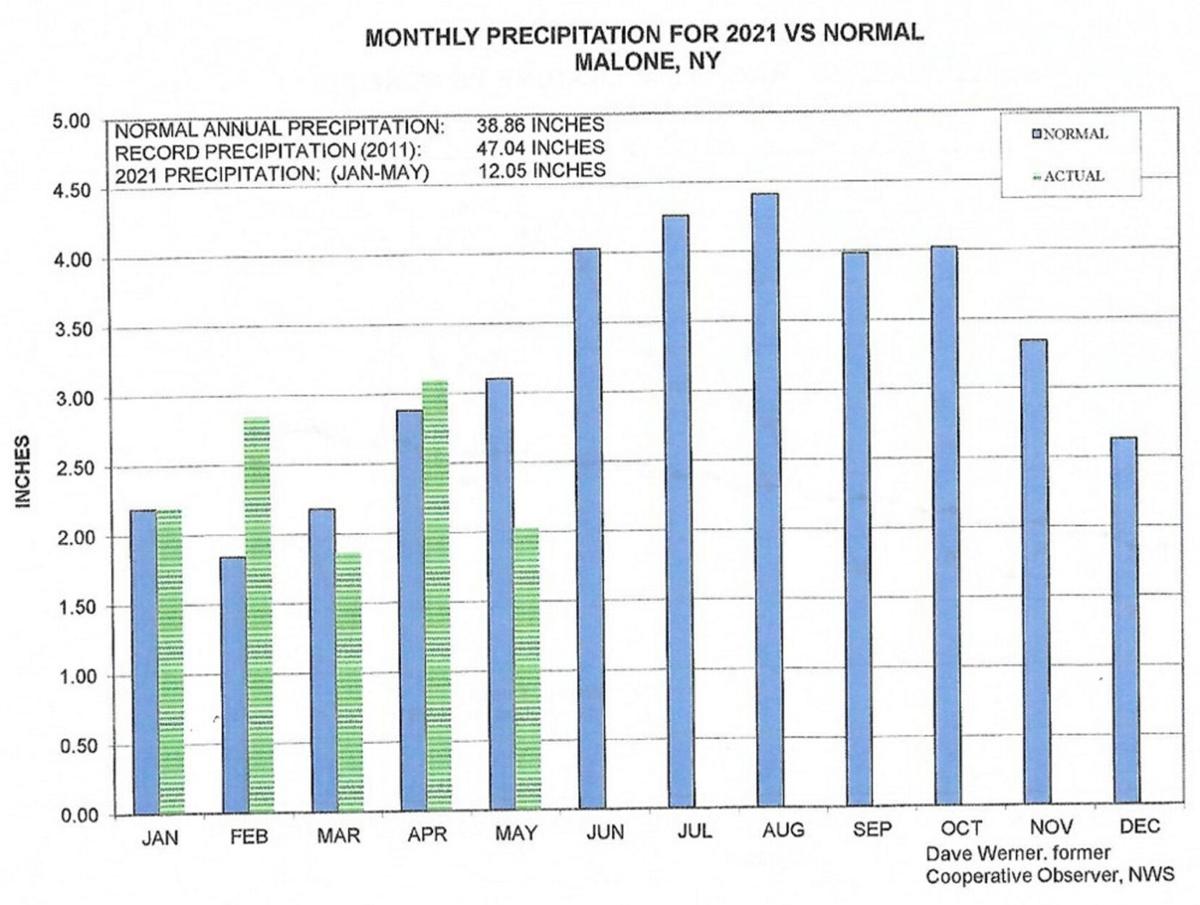 Snowfall in Malone in May is unusual but occasionally is part of our late spring weather, like this year, when rain changed to snow in the afternoon of April 30th and when it ended in the morning of May 1st totaled four inches. This was only the fifth year that May had measurable snowfall in Malone. The other years were 1983 (9 inches), 1996 (5.5 inches), 2010 (3 inches), and 2017 (1/2 inch). Total snowfall for the 2020-21 season remains much below normal, with only 73 1/2 inches compared with a normal of 98.

The may mean temperature of 55.4 degrees was above normal, but only by about one degree. The first half of May was colder than normal as was the end of the month, but in between was significantly warmer than normal. The maximum reading was 88 degrees on the 21st and the lowest was 29 on the 1st. Record temperatures for May are 94 degrees just last year and 24 degrees in 1986. The coldest May was in 1997 with a mean temperature of 48.4 degrees; the warmest May, with a mean of 60.4 degrees, was in 1998.

The last 32-degree or below reading this spring was the 32 degree reading on the 28th, 2 1/2 weeks later than the average date which is May 10th.

Every decade, the National Weather Service calculates new normal values for all official reporting stations in the nation. The new normal values are based on the 30 years from 1991 through 2020, which replaces the old normals which was based on readings from 1981 through 2010. For Malone, the annual mean temperature increased from 42.3 degrees to 42.7. The annual maximum remained the same at 51.9 degrees while the annual minimum increased from 32.8 degrees to 33.5. These new normals follow the warming temperatures in the US and throughout the world. What’s interesting is that the maximum normal did not increase at all but the minimum normal increased significantly.

Normal annual precipitation for Malone increased from 38.86 inches to 39.92 inches and normal snowfall increased from 95.3 inches per year to 98.1 inches.

Since day length and the intensity of the sun’s energy are both at their maximum, summer begins in earnest in New York State during June.

In a normal June, we can expect four days with a high temperature above 80 and one or two days with a low in the thirties.

June precipitation is largely obtained from showers and thunderstorms triggered by the passage of cold fronts. Normal rainfall for June is 4.03 inches. In the past 38 years we have ranged from a low of 0.76 inches in 1991 to a high of 9.61 inches in 1998.

The summer solstice (astronomical beginning of summer) is on Saturday, June 20th at 11:32 p.m. Although this is the longest day of the year, the earliest sunrise actually occurs on June 15th and the latest sunset on June 25th.

On the first of June, 1907, South America’s coldest temperature of record (-27) was observed at Sarmiento, Argentina.

Tropical Storm Allison made landfall early on June 6, 2001, near Galveston, TX, and finally moved into the Atlantic near the Delmarva Peninsula on the 17th. Allison is the costliest and the deadliest U.S. tropical storm (not hurricane) of record, causing over $5 billion damage and 41 deaths, most in and near Houston, TX.