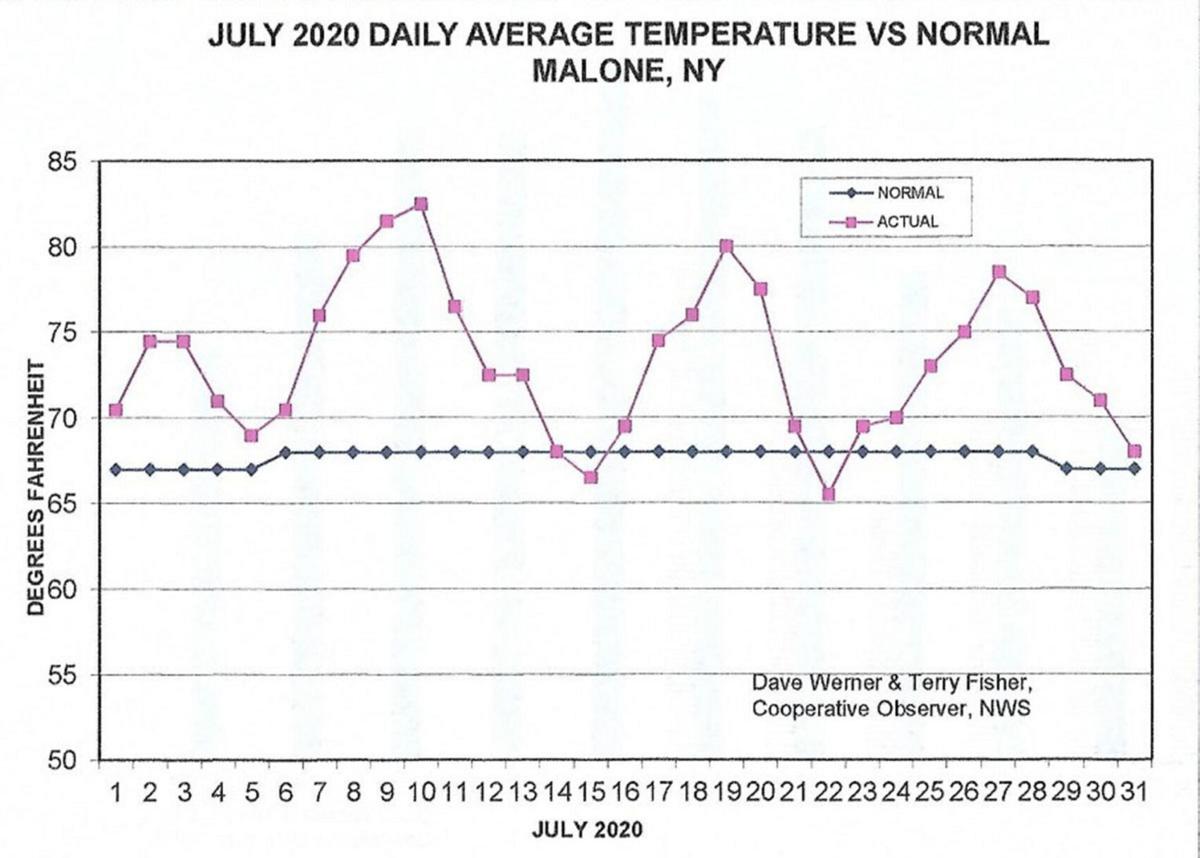 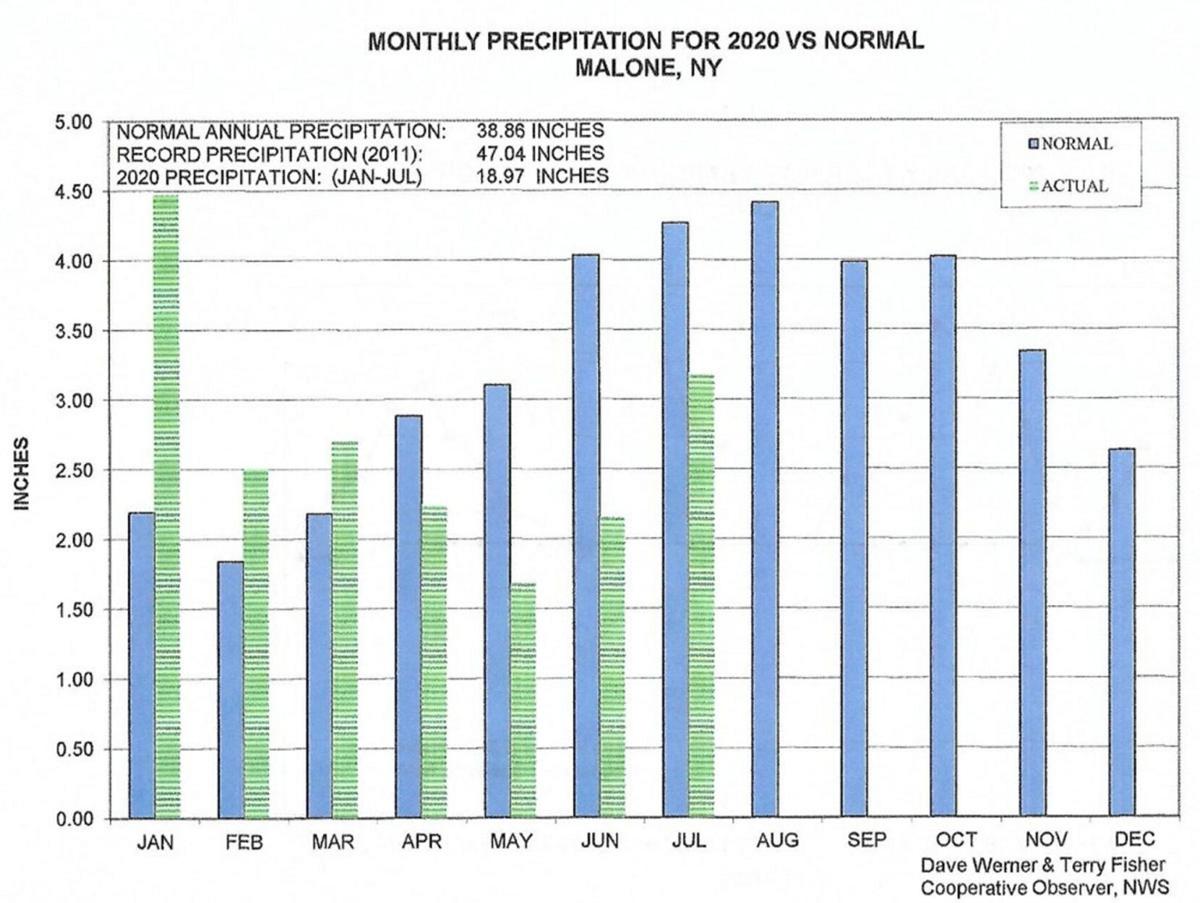 For the second consecutive month, temperature records fell like flies. With eight records broken in June –– six of which were record high readings –– July followed with five new records for daily high readings, plus two major records for Malone.

Temperatures of 90 degrees or higher are not very common in Malone, with only 38 days reaching 90 degrees or above since the Malone weather station was opened in October, 1982. So far this year, there have been 11 days with 90 degrees or more, and we still have August to go.

Wind in July (unofficial) averaged 4.5 mph from the west southwest and the maximum gust was 34 mph from the north northwest.

Although early August is much a continuation of the normally hot days of July, by the end of the month it is obvious that summer is rapidly coming to an end. Normal average temperature for the first week is 67 degrees but by the 31st, normal temperature in Malone is only 63. As the sun continues its path southward, more heat is lost than is gained. Maximum daily temperatures average in the 70s in Malone while minimum overnight lows are in the 50s, with frost always a possibility in late August.

Locally, Malone’s hottest August temperature over the past 37 years was 94 degrees on Aug. 4, 2012, and was the highest temperature for any month in Malone until this July when the maximum reading hit 95 degrees on the 9th. The coldest reading was 38 degrees in both 1987 and 1989.

In a normal August, we can expect six days with temperatures 81 degrees or higher. We can also expect eight days with minimum temperatures 50 degrees or below. August 2001 and also in 2016 were the warmest for any August in Malone since 1982; the coolest August was in 1986,

Precipitation continues to be similar to that of June and July. Frontal systems from the west continue to sweep across our area every three or four days on average, bringing scattered showers or thundershowers. The normal August rainfall in Malone is 4.41 inches, the most for any month.

In the U.S., most record high temperatures were set in July, but 10 states have record highs in August. They are Arkansas, Georgia, Louisiana, Massachusetts, North Carolina, Oregon, Rhode Island, Tennessee, Washington and Wyoming.

On Aug. 2, 1975, New England was never hotter than the 107 degrees at Chester and New Bedford, Mass. Providence, R.I., hit 104, the state’s record. In Maine, the heat hit 104 degrees at Jonesboro and 101 at Bar Harbor, and on Mount Washington, N.H., the temperature hit 72 degrees, the highest ever recorded there.

On Aug. 17, 1969, catastrophic hurricane Camille hit Pass Christian, Texas, with winds of up to 200 mph and a storm surge of almost 25 feet. Total destruction occurred on some coastal areas near landfall.

On Aug. 23, 1992, Hurricane Andrew’s peak storm surge of 23 feet raked Current Island, Bahamas. Andrew made U.S. landfall the next day with sustained winds of 145 mph and gusts to 175 mph at Homestead AFB, Florida.