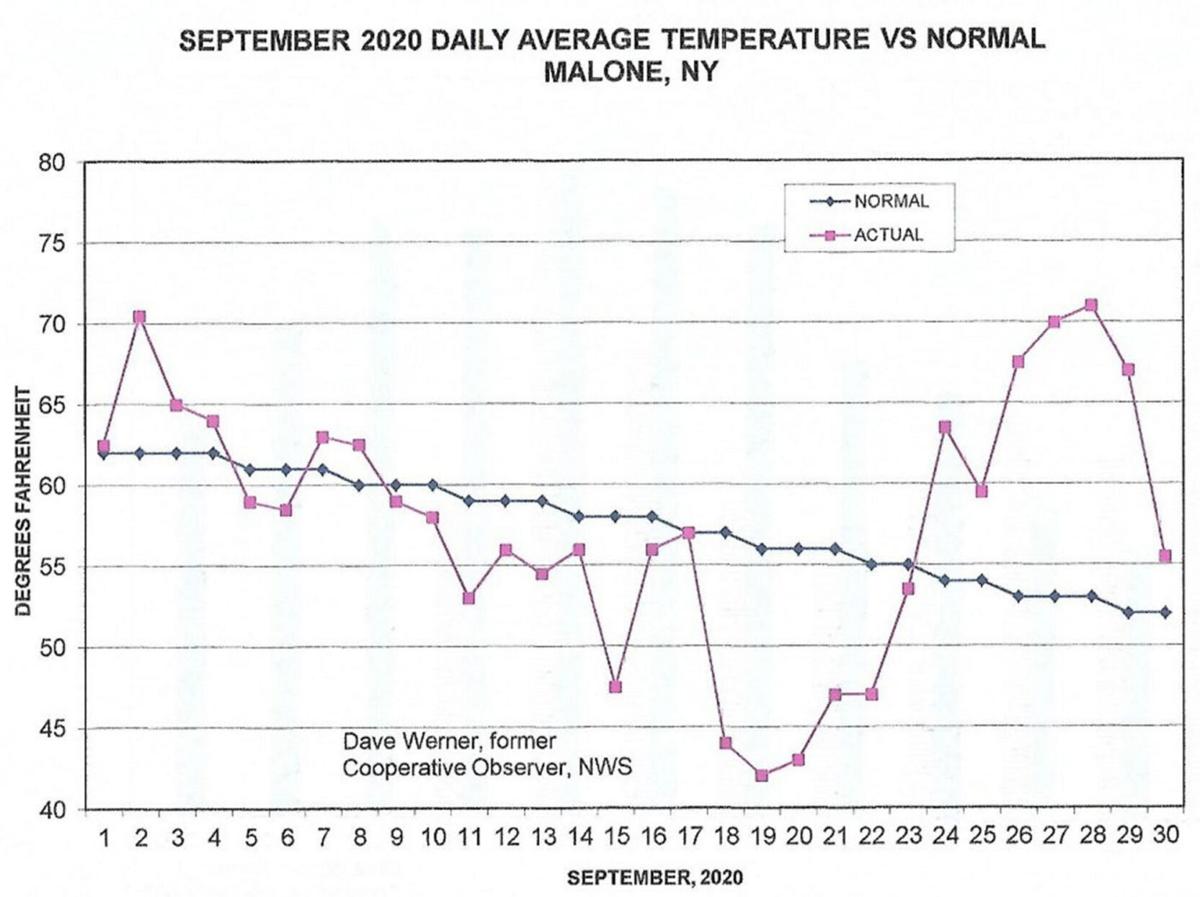 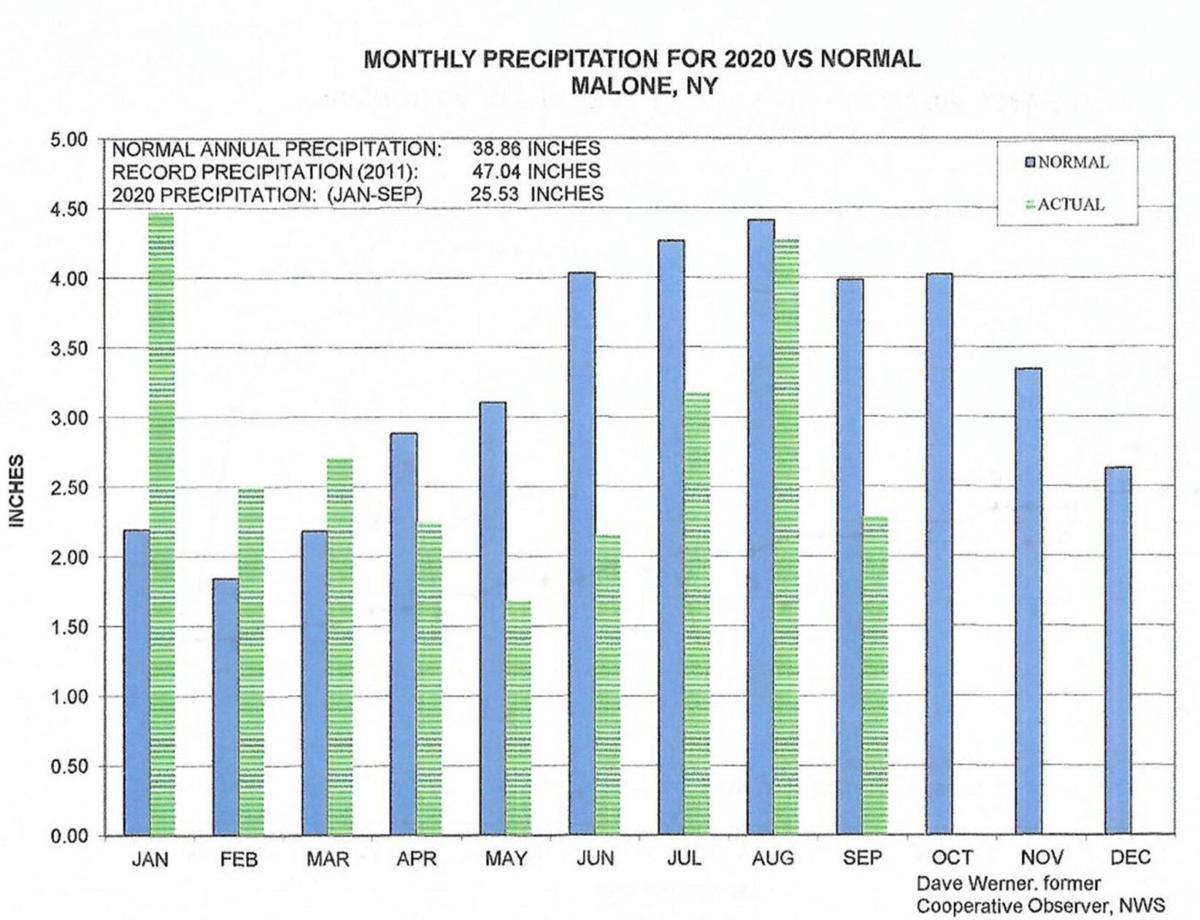 September’s temperature pattern was similar to a year ago, when the first third of the month was cooler than normal and the last third was above.

The wettest September over the past 38 years was 9.01 inches in 2005 and the driest September was in 2017 with only 1.35 inches. This September would have been the driest but for 1.34 inches of rainfall at the end of the month.

September’s unofficial maximum wind gust in Malone was 41 mph on the 7th and the average velocity for the month was 5.3 mph from the southwest.

October’s atmosphere is restless and unsettled and undergoes frequent and drastic changes. Temperatures can vary from the 60s and 70s to sub-freezing with snow flurries and even some accumulations. While normal snowfall in Malone is 2 inches, 12 inches fell during October 2008, (11 1/2 inches in one storm), the most for October in at least 38 years. Other October snow totals include 11.5 inches in 1988, 6.5 inches in 2005, and 6 inches in 1997. In 18 of the past 37 Octobers, we had no measurable snow.

During October the normal temperature in Malone falls from 51 degrees on the 1st to 40 degrees by the end of the month. Normal high decreases from 61 to 49 and the normal low falls from 42 to 31 degrees. Over the past 38 years, the highest October temperature was 81 degrees in 2005 and the lowest was 19 in three different years.

The bulk of our precipitation is derived from traveling storms that move across or near the state. The normal for Malone is 4.02 inches. Over the past 38 years, the least precipitation was 0.59 inches in 1994 and the greatest was 10.28 in 2010, but that total included about three inches which fell on Sept. 30 after 7 a.m. and therefore was included with the October total.

We return to Standard time on the first Sunday in November.

On Oct. 1, 1946, a snowstorm of at least 6-8 inches hit Malone and the surrounding area, causing considerable damage and widespread power outages.

Eastern New York and Western New England received their earliest heavy snow of record on Oct. 4, 1987. Totals included 22 inches at Gratin, NY; 20 at North Springfield, Vt; 12 inches at Great Barrington, Mass; and 9.5 inches at Norfolk, Conn. At one time, there were a million people without power.

On the 18th in 1930, an early season snow burst to the lee of Lakes Erie and Ontario produced 48 inches of snow just south of Buffalo.

On the 29th in 1917, the temperature at Soda Butte, Wyoming, plunged to -33 degrees, setting the U.S. cold record for the month of October.