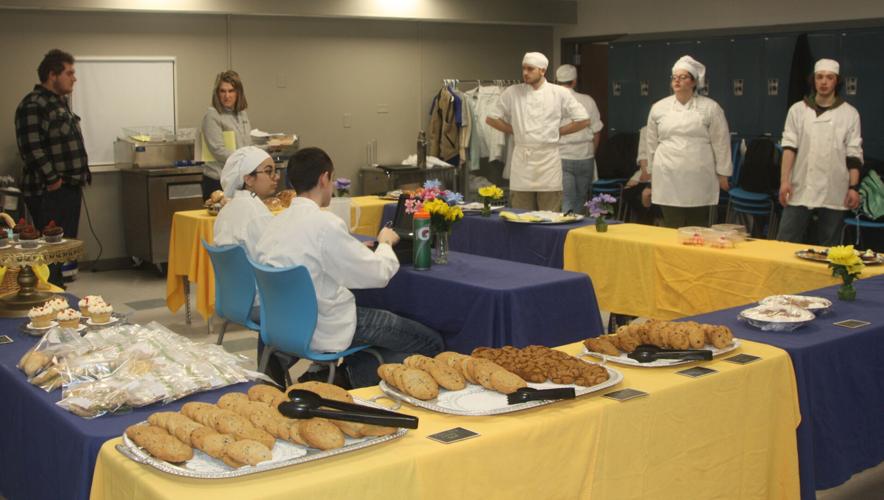 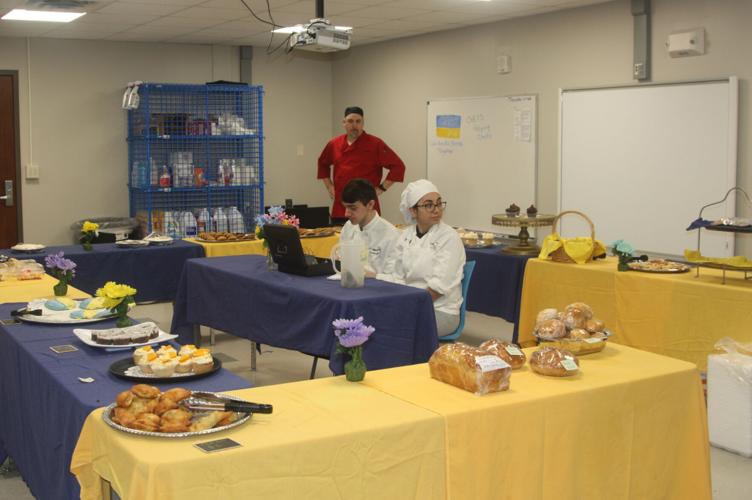 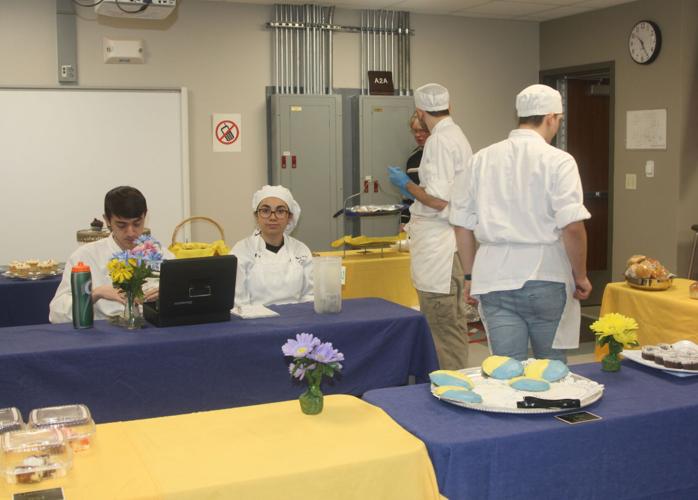 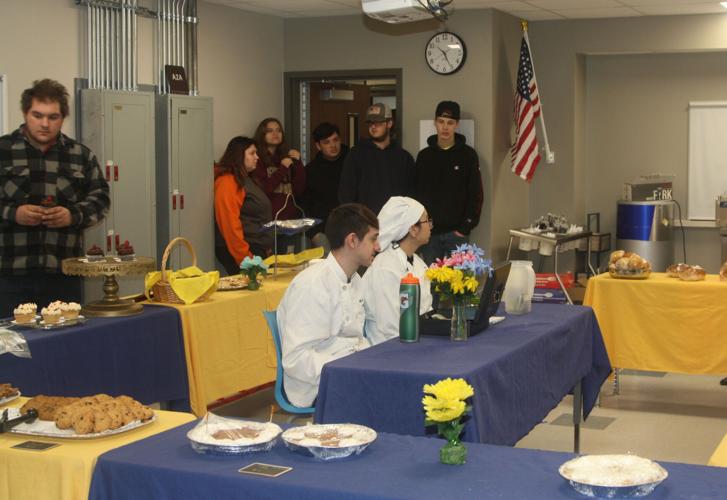 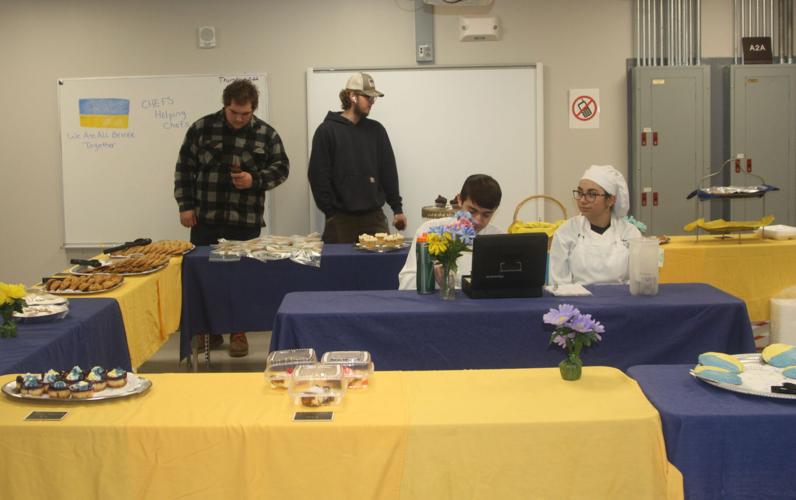 MALONE — A group of students in the culinary arts program at Franklin-Essex-Hamilton BOCES pitched in to raise money for Ukrainian refugees through a bake sale Thursday morning.

Both the junior and senior classes of the Board of Cooperative Educational Services’ culinary arts program helped prepare food for the fundraiser. Franklin Academy senior Emma Perez organized the bake sale and coordinated the two classes.

Perez, who plans to attend the Culinary Institute of America in Hyde Park and wants to open up her own bakery in the future, said the fundraiser was an opportunity to experience what organizing and preparing several different dishes entails.

Perez said she enjoys making desserts and the attention to detail it requires. The best part about cooking, she said, is getting to eat the outcome.

“You get to eat what you make,” Perez said.

LaSalle said these cheesecakes were a little different from other cheesecakes she has made, with the Ukrainian-style recipe calling for cottage cheese instead of cream cheese.

Also on hand at the bake sale were Joel Deragon, a culinary arts teacher at North Franklin Educational Center, and Marla Schanck. a Franklin Academy aide who also helps out as an instructor with the culinary program at BOCES.

“Things have been going pretty quickly, the sweet stuff definitely seems to be the favorite today,” Deragon said.

According to Schanck, the money raised from the students’ food sale will be donated to Chef Jose Andres’ World Central Kitchen, a nonprofit that provides meals to those in need around the world.

Schanck said when the culinary program’s students heard about chefs helping people in Europe, they wanted to help too, calling it “chefs helping chefs.”

“I am so grateful to see the kids work together as a team on this,” Schanck said. “Hopefully we will be able to help get some meals to people who really need some help right now.”

Andres, a Spanish chef who founded World Central Kitchen in the wake of the catastrophic 2010 earthquake in Haiti, has worked around the world since, and has been working to provide meals for internally displaced people in Ukraine and to refugees in Poland, following Russia’s invasion.

Deragon said the bake sale had raised about $250 Thursday morning, and he said depending on how much food is left, another bake sale may be held.

According to Marla Schanck, an aide at Franklin Academy and an instructor with the culinary program at BOCES, said funds raised by the program’s students will be donated to World Central Kitchen. Alexander Violo/Malone Telegram