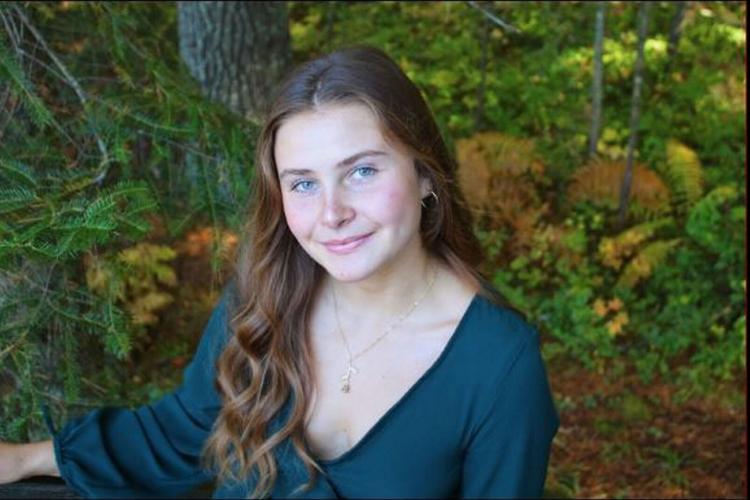 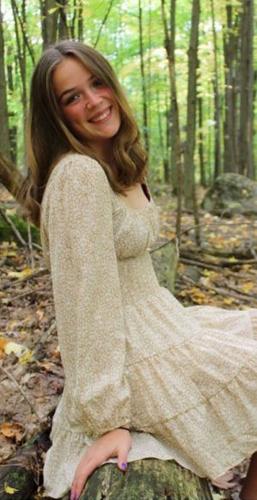 MALONE — Two active members of Franklin Academy sports teams and school clubs were announced in May as the valedictorian and salutatorian for the Class of 2022.

Claire Poupore was named valedictorian, while Avery Bannon was named the salutatorian for the graduating class.

Poupore plans to attend SUNY Binghamton in the fall and is planning to pursue a degree in biology.

“I was kind of a last-minute decider, and when I looked at Binghamton I really liked everything it offered,” Poupore said. “It’s a pretty good school and the money piece was a part of it, as well as academic prestige. I am going for biology and they have good science programs there.”

“I’ve always liked science, but I didn’t really know what I wanted to study until I was in AP bio this year,” Poupore said. “I really liked the course and that made me decide on biology.”

Poupore said attending high school during the pandemic also impacted what she wanted to study in college.

“I didn’t really know what I wanted to do, but I feel the pandemic made me realize that maybe being in medical research would be really cool,” Poupore said. “Going through something like that in high school, you see how many people are impacted and benefit from medical researchers coming out with vaccines, pretty much any breakthrough is revolutionary. I thought it would be cool to go into something like that.”

Poupore said she works in the pro shop of the Malone Golf Club in the summer and enjoys interacting with people, adding she has volunteered to coach youth soccer at the YMCA.

“I want to do research but I really like to talk to people, too,” Poupore said. “Working at the golf course has kind of given me an insight into the fact I like interacting with people.”

Poupore said she enjoyed biology and life science classes at Franklin Academy, in addition to learning a foreign language.

“I couldn’t take French this year because of scheduling issues, but I loved French when I took it, and hope I that I can get back into it when I go to college,” Poupore said. “I think learning about different cultures and having a second language to speak is cool. It was kind of a bummer I couldn’t take it this year, but that was always one of my favorite classes.”

Poupore competed for the Huskies in different sports, including soccer and basketball throughout high school, in addition to track this year.

According to Poupore, she is looking forward to her college classes in the fall.

“I am really excited to get into studying what I want to study,” Poupore said. “I feel like in high school you are kind of forced to take everything, and I know there are a lot of gen eds your first year but at least you know you are going toward a goal of what you want to do, not just getting stuff checked off a list.”

Additionally, Poupore said she is looking forward to moving to a new area as well.

Looking back on her time at Franklin Academy, Poupore said she will miss her friends and family.

“I think about that a lot now. Senior year I was really stressed with everything, but now we are pretty much done,” Poupore said. “Whenever I am on a run I think about how I am going to miss my family and friends, and even the scenery around here. I feel people kind of overlook it, but when I am driving home I think I’ll miss it. Sometimes you hate how close-knit and how up in everyone’s business people are, but a close-knit community is nice to grow up in. I will miss walking into the grocery store and seeing people I know and having someone to talk to always.”

Bannon plans to attend SUNY Plattsburgh, where she will pursue a degree in nursing.

“I applied to a lot of schools, and I got in to them, but when I got down to come to a decision, I didn’t really want to go to any of the schools I applied to,” Bannon said. “So I wanted to apply to some more schools, and I applied to SUNY Plattsburgh because I heard they had a phenomenal nursing program. I went to visit and all of my doctors and nurses I have seen day-to-day have said they have gone there or knew someone who went there and said it was great.”

“I’ve always loved science, and the past few years I am realizing that I can’t sit behind a desk in a white coat for the rest of my life,” Bannon said. “I waitress and am counter staff at Bokie’s. I’m always talking to people, moving a lot, doing a lot of things and every day is different for me. That’s why I thought nursing would be great. I can explore my love of science but also get to meet new people and do different things every day.”

Bannon said she has worked at Bokie’s since she was 14 or 15.

In addition to interact club, and national and science honor societies at Franklin Academy, Bannon said she started waitressing at Titus Mountain last winter, and she volunteers at the Kiwanis stand each summer at the Franklin County Fair, in addition to volunteering with the Rotary Club and Focus on Ferals.

According to Bannon, her favorite classes at Franklin Academy were science-related.

“Any of the science classes I have taken I have enjoyed, I just like science,” Bannon said. “This year I liked bioethics, which is pretty much a debate class on ethical issues in the biology world, which was really fun. Right now I am taking anatomy and physiology because I wanted the insight for nursing.”

Bannon also took part in sports at Franklin Academy, where she played soccer all through high school, basketball her freshmen year and indoor track the past few years, in addition to outdoor track in the spring.

According to Bannon, she is looking forward to a more flexible schedule in college.

“I’m excited to get out of this monotonous, strict routine every single day. It gets old after a while,” Bannon said. “I’ve always been super independent, and I am excited to make my schedule my own, figure things out for myself. Meet new people, try new things, and study things that I actually want to study.”

Bannon said she is focused on graduating right now but knows she will miss high school sports.

“It’s hard to think right now what I will miss the most,” Bannon said. “All I am thinking about right now is that I can’t wait to graduate, but I know within a month I’ll think about things I took for granted — definitely sports. Yesterday I was thinking how much I miss soccer and being able to celebrate with your closest teammates. I am also going to miss how convenient everything is right here in this school.”

Both Bannon, who played defense, and Poupore, who used to play defense in middle school and on junior varsity, but mostly played the midfield on varsity, said their favorite sport was soccer.

“I liked basketball, too, but I liked being part of a bigger team, being on the field with 11 people, the whole team aspect,” Poupore said. “And I’ve played soccer my entire life so it holds a special place in my heart, and I love the fall, too. Soccer season is always back to school, you’re excited to be there, and you get to play outside.”

Bannon said she liked the physicality of soccer.

“I like it because of the team aspect of it, but I also like you can be very physical and really into it, but you can also have really good footwork and be really delicate about it,” Bannon said.

Both Bannon and Poupore took part in Envirothon, an environmental science competition for high school students.

“We went to Paul Smith’s for a regional thing. It’s kind of a small club, but you answer questions all night on animals and forestry and that kind of thing, and then there was a state competition,” Poupore said. “Because of the pandemic we didn’t get to do that for the past two years, so that was really fun to go to states and do that.”