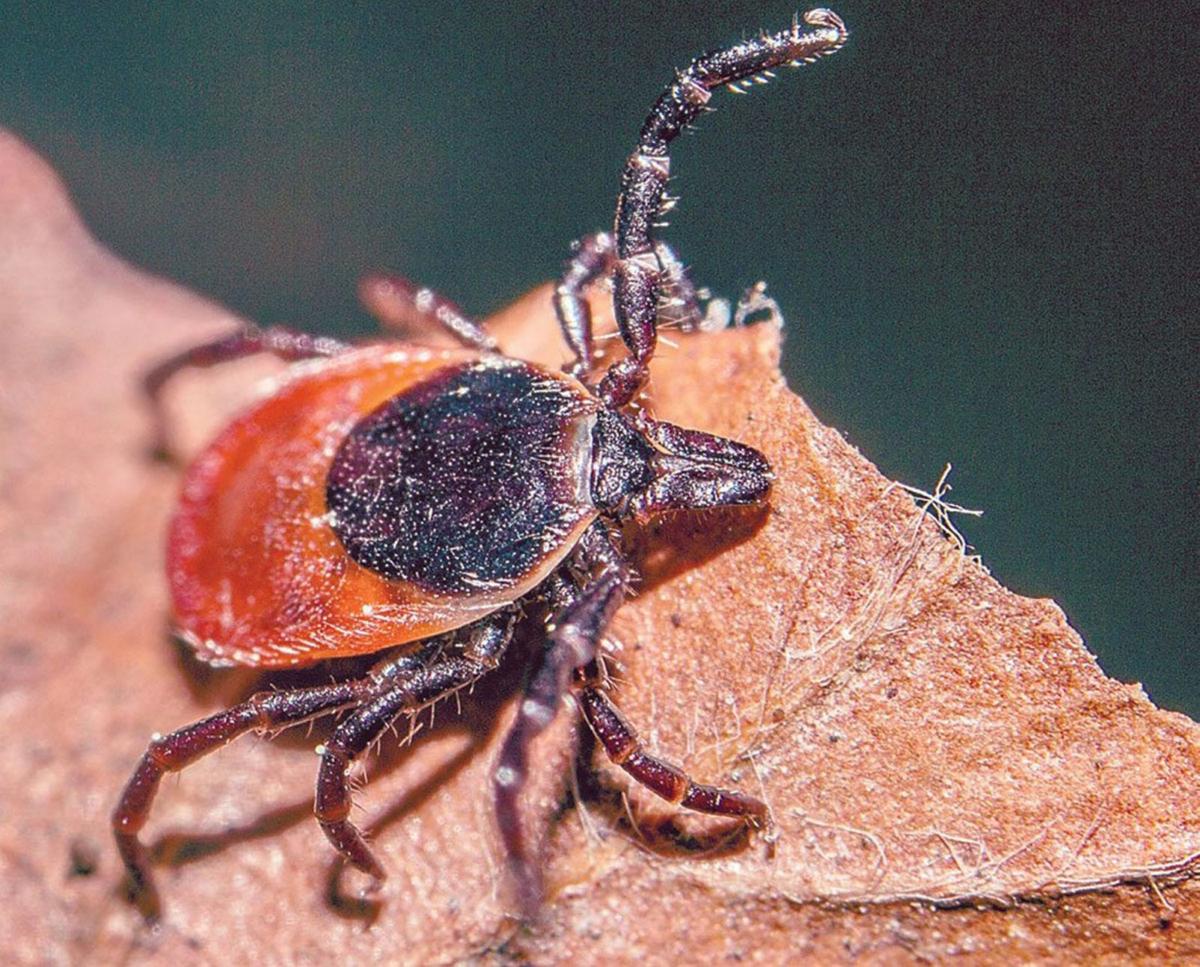 Photo provided — Lennart TangeA black-legged tick sticks out its arm to hitch a ride on a passerby. 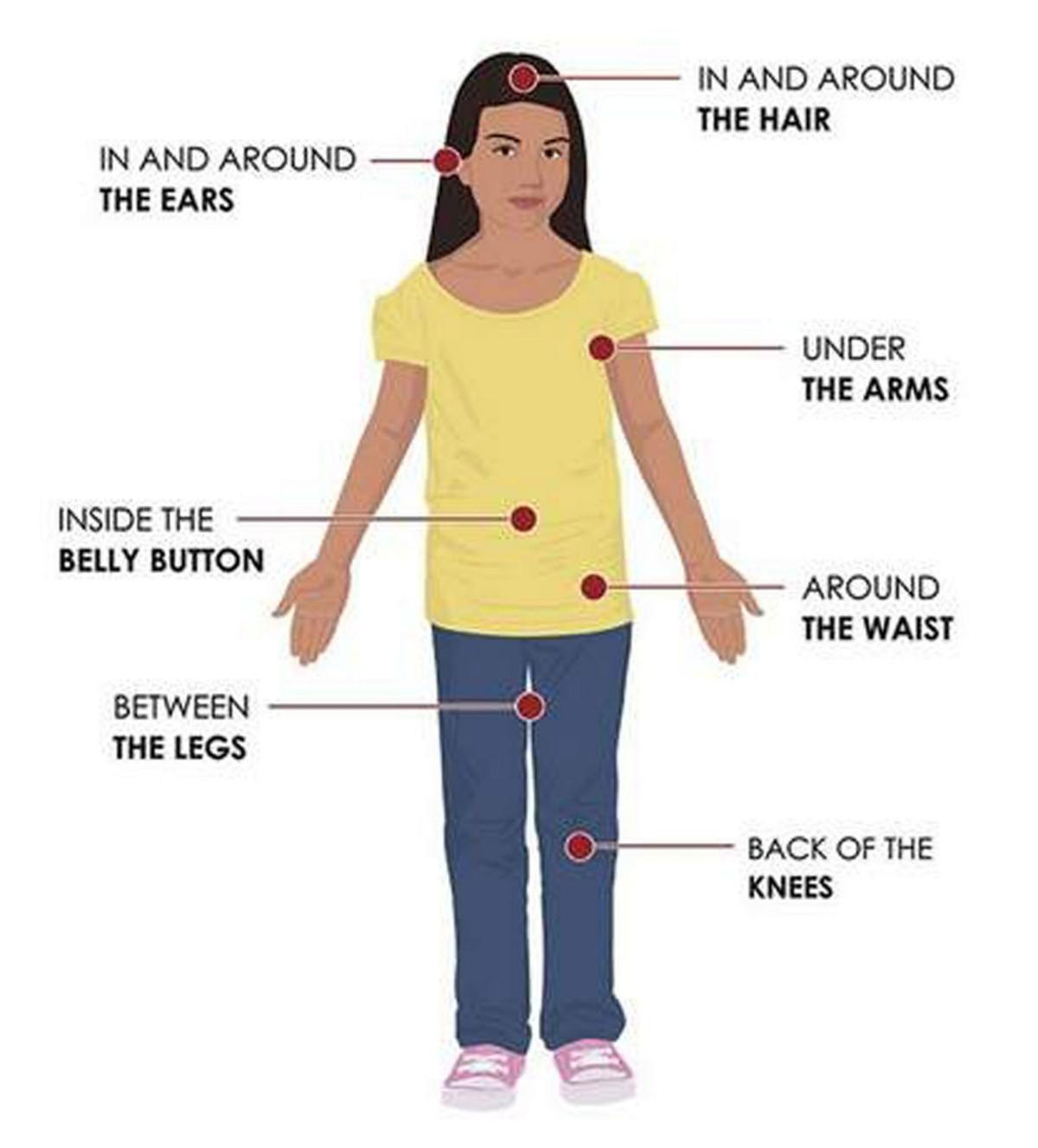 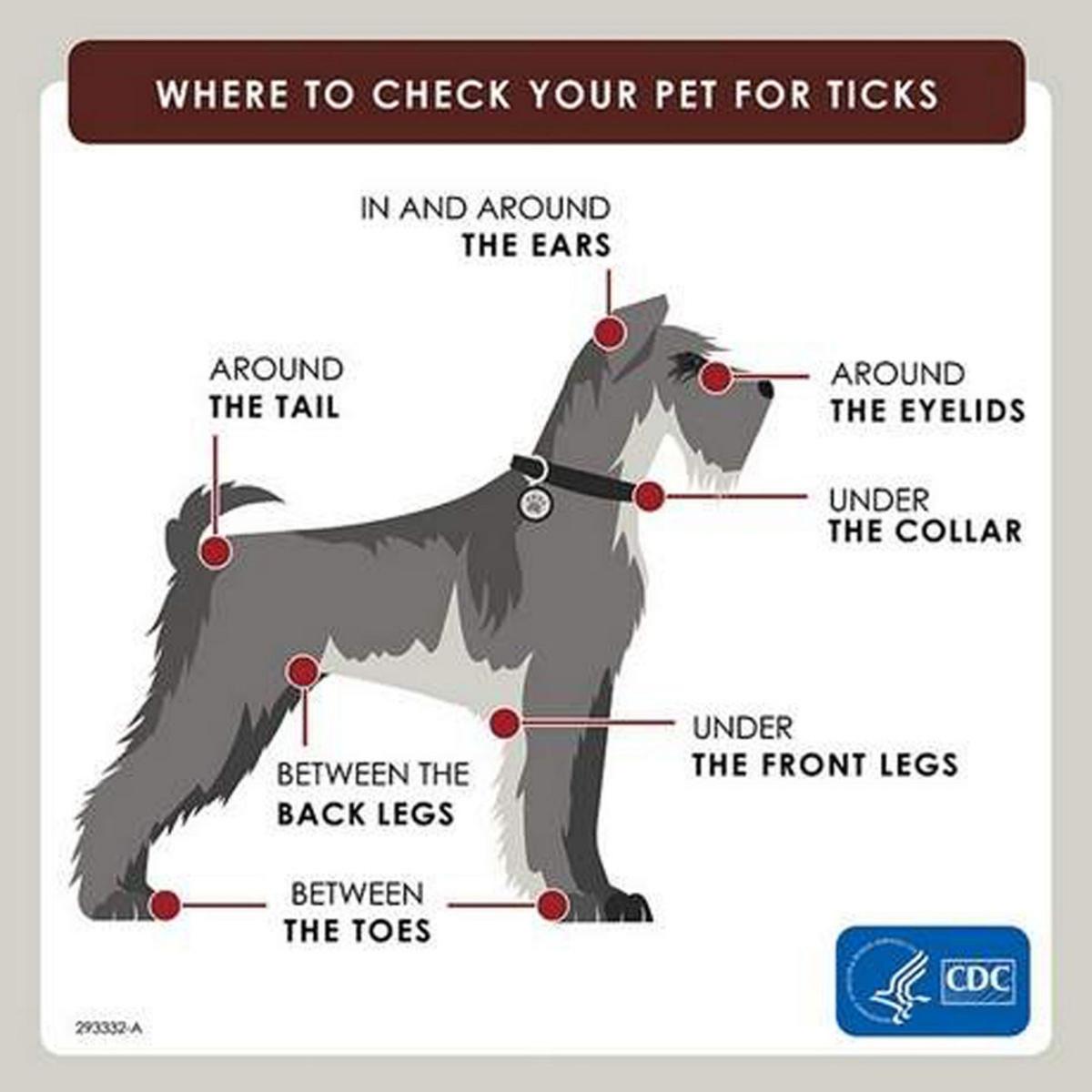 Photo provided — Lennart TangeA black-legged tick sticks out its arm to hitch a ride on a passerby.

Tick season is heating up in the Adirondacks, and while most people are focused on not contracting COVID-19 right now, local physicians, infectious disease experts and tick-borne illness experts are worried people may forget that another viral danger lurks in the woods.

Tick-borne illnesses such as Lyme disease, babeosis or anaplasmosis have symptoms that overlap with those of COVID-19: fever, weariness and a nondescript unwellness.

These diseases do not, however, include a cough, like COVID-19 does.

“Providers will now have to consider tick-borne disease and COVID if patients present with an isolated fever,” Elizabeth Rogers, a spokeswoman for Elizabethtown Community Hospital wrote in an email.

“The dynamics change with the season,” ECH’s Director of Primary Care Dr. Rob Demuro wrote in an email to Rogers. “We are approaching tick season, and a year ago with an isolated fever, we would consider tick-borne illness. Now you have to keep in mind COVID. Fortunately, we have improving processes in place to evaluate and test potential COVID patients.”

Ticks have been spreading into the Adirondacks — evidenced by the work of Paul Smith’s College professor Lee Ann Sporn’s students, who have collected data for the state over the past few years. The arachnids are able to survive in more northern climates and at higher altitudes than before, and their populations are expanding — as are the types of diseases they carry.

“COVID is not the only thing we have to worry about in our area,” Dr. Keith Collins, an infectious disease specialist at Champlain Valley Physicians Hospital in Plattsburgh, wrote in an email to Sporn. “In fact, many of the laboratory abnormalities that accompany COVID-19 can also be seen with tickborne illnesses, truly inviting confusion.”

Lyme is notoriously difficult to diagnose. Sporn said there is no way to test for it early on, but if it is left untreated, it can have harsh effects on the body. Because there is no early test for Lyme disease, patients rely on diagnosis by health care professionals.

Lyme does not always present with its signature “bulls-eye” rash. According to the U.S. Centers for Disease Control and Prevention, the rash shows up in around 70% of cases, but that varies by region.

In addition to Lyme, Sporn said last year there were 50 cases of anaplasmosis in Essex County, and one fatality. Anaplasmosis has a 10% fatality rate, she said, and the elderly and immunocompromised are at risk, same as with COVID-19.

Sporn said it is children, specifically in the 5 to 9 age range, who are most likely to contract Lyme disease, likely because of their behavior. Kids are more likely to roll around in a pile of leaves, she said.

Local legislators are reporting that many summer residents retreated to their second homes early this year because of the coronavirus. This time of year is more dangerous for tick bites than later in the summer, Sporn said, because the adults are out now after the winter and will be laying nymphs soon, which for some reason are more common to carry diseases.

Sporn said many seasonal residents come from downstate or western New York, where tick populations are significantly larger. This is similar to how the number of COVID-19 cases have been more serious in those parts of the state, too.

Despite this, Sporn said visitors should not have a cavalier attitude about the risks both pose here. Though there are fewer ticks than in other parts of the state, she said, the risk of transmission is just as high.

Physicians and the state Department of Environmental Conservation are warning people to socially distance themselves in the woods, even though they are less likely to catch the novel coronavirus in the great outdoors than in a contained space. But ticks do not like to socially distance. They cling to tall grasses and forest underbrush, waiting for a host to walk by and pick them up.

Once on a host, they find the warmest, dampest area to call home (often the armpits, hair or groin) and latch on to suck blood.

Ticks are not born with diseases, but they pick them up throughout their lives as they go around biting animals. These diseases can then be transmitted to the humans they bite.

Sporn recommends wearing tick “personal protective equipment” when out in the woods. Light colors are best so one can see dark-colored ticks on them. She said other precautions echo what people are already doing to avoid COVID-19.

Tall socks are like N95 masks for your ankles. Keeping the lower legs covered does not give ticks anywhere to attach themselves. Pants should be tucked into socks to keep ticks from climbing up socks onto legs.

Sporn said putting on bug spray is like lathering up with hand sanitizer or soap when you go out. She said any insect repellent, even natural ones, work. For something stronger, there is permethrin, which kills insects as well as ticks. Sporn said permethrin-soaked clothes are a good deterrent against ticks.

Vigilance is important. She said after any jaunt through the woods, people should shower and check themselves all over for ticks.

Sporn’s tick collection research season begins soon, and in the fall her students will analyze the data. Through the summer, she, her son Jake and a small group of volunteers will drag the forest for ticks, and keep the specimens they find in alcohol to be sent to labs.

Sporn said it is important to maintain this research each year because gaps in data can impede progress. She said there were no big surprises in the data last year but that the continued spread of ticks through the North Country is continuing.

The lone star tick, whose bite can cause a meat allergy, has been spreading in central New York, but Sporn said none have been found in the North Country so far.