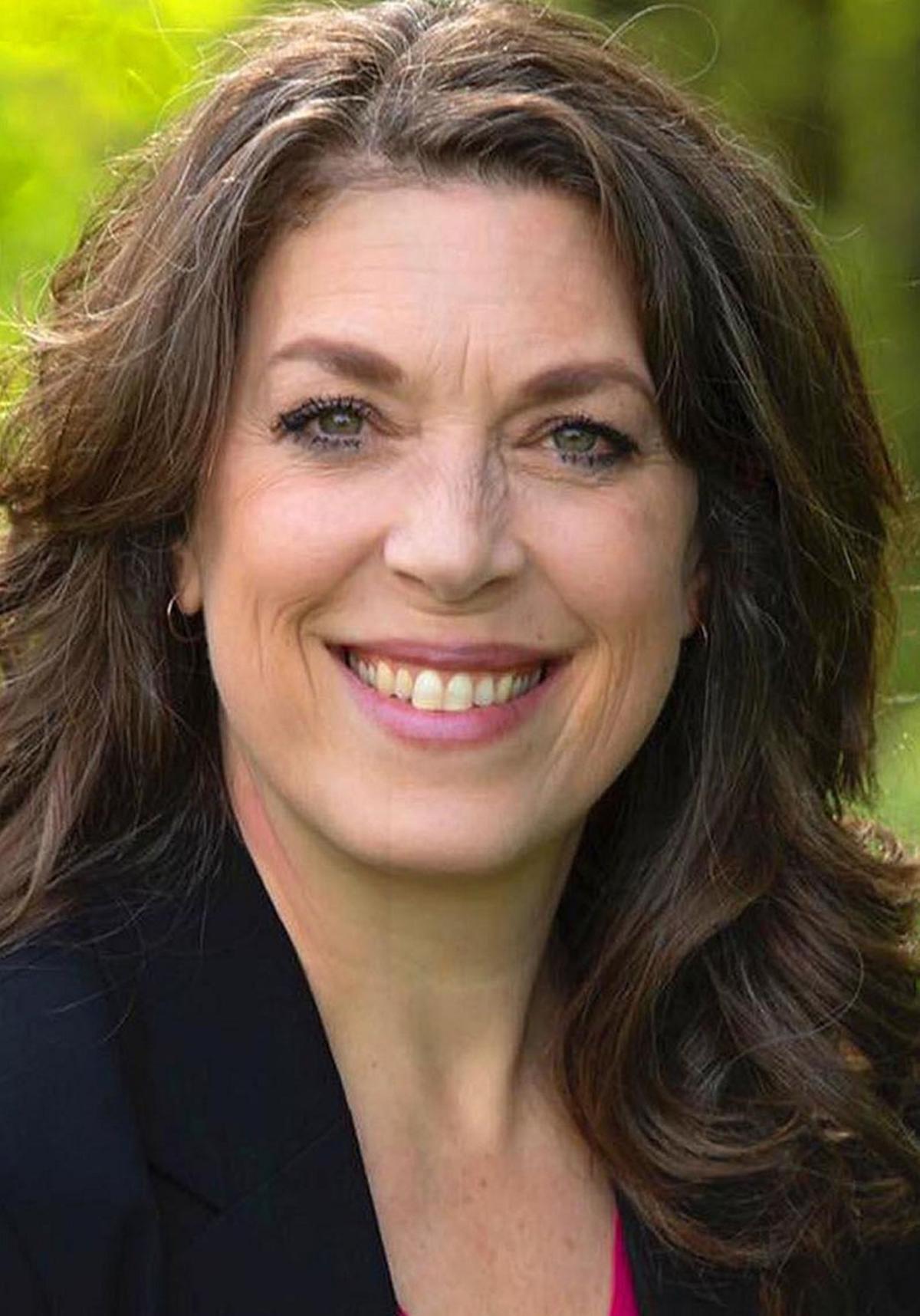 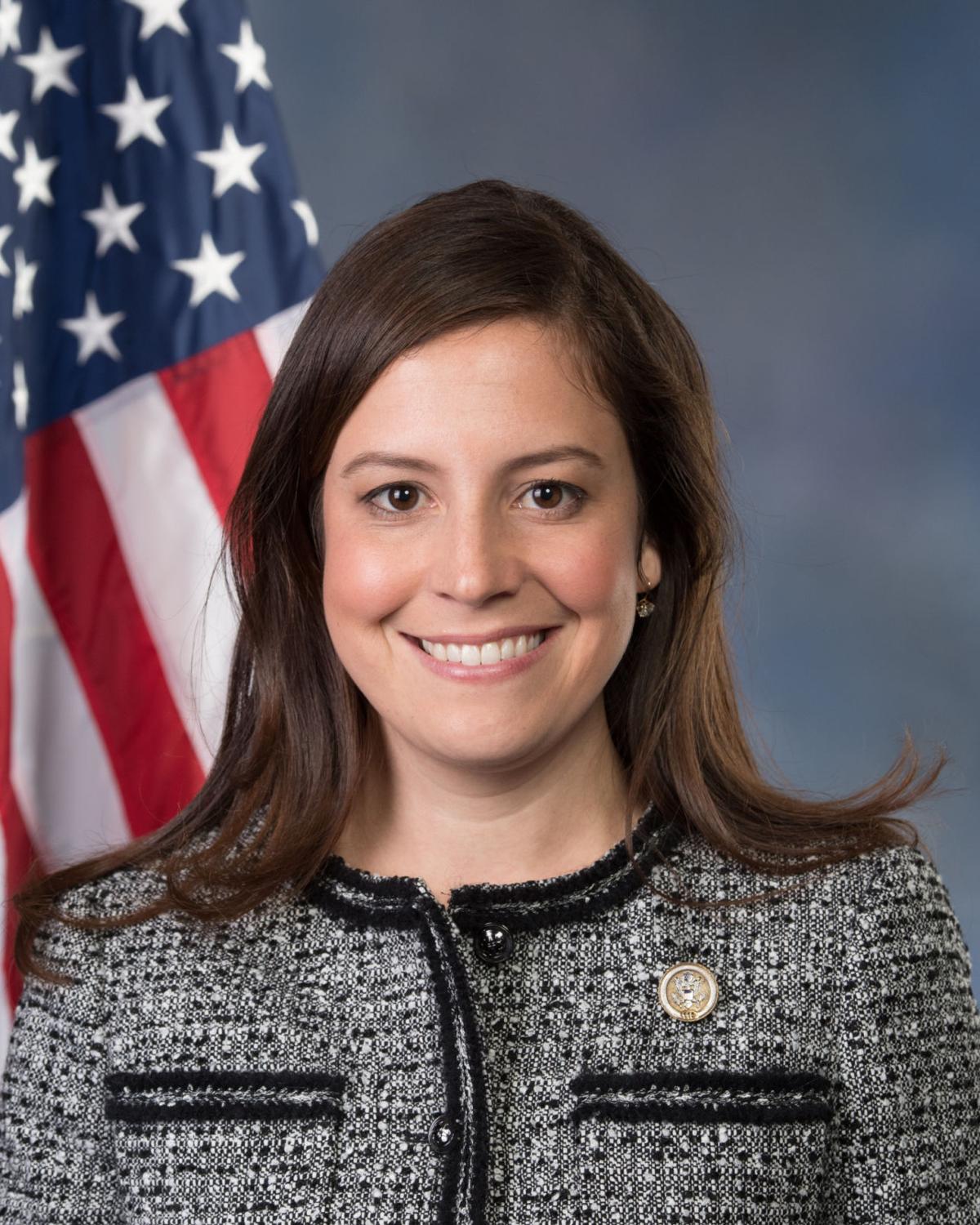 Stefanik is a cosponsor of the JUSTICE Act, a Republican-led bill in the House, and voted against the George Floyd Justice in Policing Act, the Democrat’s bill, which passed the House.

The Democrat’s bill is named after George Floyd, a black man from Minnesota who was killed by a Minnianapolis police officer who knelt on his neck for almost nine minutes.

Cobb’s campaign said she supports the George Floyd Justice in Policing Act. This bill passed the House 236 to 181, but is unlikely to go anywhere in the Republican-majority Senate. The JUSTICE Act was last week blocked by Senate Democrats last week, who said the Republican’s offering did not have enough reforms. It fell five votes short of the 60-votes needed for passage.

Cobb said the Republicans’ bill does not do “nearly enough to address systemic racism or police brutality.”

Stefanik said the Democrats’ bill “will impede the ability of officers to do their jobs effectively, deprive them of necessary safety equipment and have negative consequences for our public safety.”

The bills overlap on some issues, including incentivizing a ban on chokeholds, making body camera use more common, expanding transparency through a federal disciplinary record database, making lynchings a federally recognized hate crime, mandating reporting on police use of force and closing a loophole that allows federal law enforcement to sexually abuse the people they arrest.

However, the bills differ on the specifics and extent of these regulations, with the Democrats’ bill going further to outright ban police violence and allow citizens to sue law enforcement, and the Republicans’ bill focusing on training over punitive measures.

Two emails sent to the Stefanik campaign for interviews were not returned. Emails were exchanged with the Cobb campaign, but stopped after questions about Stefanik’s comments in press releases were asked.

Stefanik said the GOP reached out to Democrats to draft a bipartisan police reform bill, but that, “Unfortunately, Democrats completely shut us out and drafted a partisan bill with zero input from their colleagues across the aisle.”

She said it was “shameful” that Senate Democrats blocked debate on the JUSTICE Act.

Cobb was critical of Stefanik’s statements on the bills.

“Elise Stefanik has chosen to demagogue the death of George Floyd, that’s her decision,” Cobb wrote in an email. “I am not participating. Let’s call this what it is: a desperate attempt to further partisan talking points, stoke fear, and claim credit for half measures.

“People’s lives are at stake on many fronts, from violence and brutality to a global pandemic and healthcare crisis. Instead of issuing press releases filled with vitriol and melting down on Fox News, Elise Stefanik should get something meaningful done. If the Congresswoman wants to have a conversation about how she can do better she can give me a call.”

Cobb said she supports banning chokeholds and no-knock warrants, requiring de-escalation and demanding “duty to intervene” policies, which require officers to “stop or attempt to stop another sworn employee when force is being inappropriately applied or is no longer required.”

Minneapolis police have had a duty to intervene policy since 2016, but that did not stop the nine-minute killing of George Floyd, in which four officers have been charged.

“First and foremost I do not support defunding the police,” Cobb wrote in an email. “But I do think we need reforms. I worked in the prison system. I’ve seen tense situations and I’ve seen some pretty disturbing behavior too.”

Cobb has not released public statements on these bills, but the Stefanik campaign sent out press releases with assumptions of what the Democratic candidate’s opinions are.

One was titled “TAXIN’ TEDRA SUPPORTS SCHUMER AND GILLIBRAND BLOCKING DEBATE ON BIPARTISAN POLICE REFORM BILL, SUPPORTS PELOSI’S CLAIM THAT REPUBLICANS ARE TRYING TO GET AWAY WITH MURDER OF GEORGE FLOYD.”

Though Cobb had not spoken at all on these events, this press release assumes what stance she would take, attributing silence to endorsement.

“She needs to be honest with voters that she agrees with Senate Democrats’ decision to block debate on (the JUSTICE Act),” Stefanik wrote in a press release. “Will she condemn Speaker Pelosi’s disgusting comment that ‘Republicans are trying to get away with George Floyd’s murder’? … Voters know Taxin’ Tedra is a Pelosi puppet, so we already know she supports Speaker Pelosi’s disgraceful comment.”

Cobb declined to give her stance on these events, saying, “This is just another Stefanik attempt to further a partisan narrative on an incredibly serious issue.”

Stefanik praised the JUSTICE Act for several of the reforms it shares in common with the George Floyd Justice in Policing Act, including the proposed laws about chokeholds, body cameras and lynchings.

She also supported closing the “law enforcement loophole,” which allows federal law enforcement officers to engage in a sexual acts while acting under color of law or with an individual who is under arrest, in detention or in custody. Though consent cannot be given while under arrest, many states do not consider this sexual assault.

She also praised the act for calling for increased training for officers, specifically related to use of force and racial bias, and promoting the hiring of officers who live in or demographically represent the communities they serve.

Stefanik said one of the reasons she opposes the George Floyd Justice in Policing Act is because it would eliminate “qualified immunity” protections for officers, making it easier for them to be sued by citizens.

Stefanik said qualified immunity “protects officers in (stet) placed in high pressure situations by criminals through no fault of their own, as long as they do not violate clearly established statutory or constitutional rights.”

Over the years the ability to sue law enforcement for constitutional violations became more and more restricted, and lawsuits against law enforcement have become rarer and rarer. Today, a case can only be heard if the plaintiff can prove a “clearly established” violation, which means finding a previous court case with very similar facts.

The bill would lower the criminal intent standard for convicting an officer of misconduct in a federal civil rights lawsuit. Prosecutors would no longer have to prove an officer “willfully” used dangerous or deadly force, rather that they “knowingly” or “recklessly” used dangerous or deadly force. Stefanik opposed this, saying it would “allow officer convictions even if the officer’s intent was to protect themselves and the suspect and not deprive a person of a federal right.”

She also said the Democrats’ bill proposed the National Police Misconduct Registry of complaints and misconduct reports would be “overly broad.”

Stefanik said she opposes the bill limiting the use of the Department of Defense’s 1033 program, which allow the DOD to sell excess military equipment to law enforcement agencies for just the cost of shipping. While agencies use this to purchase clothing, tools or radios on the cheap, it has also been used by larger departments to equip their forces with rifles, grenade launchers and armored vehicles, some of which have been turned against Americans in recent protests over the death of George Floyd.

Stefanik said this equipment is used “to protect officers and serve communities in life threatening situations such as natural disasters.”

The bill would ban the transfer of firearms, grenades, vehicles and weaponized drones from the military to police departments. There are exceptions for vehicles in the case of natural emergencies.

Former president Barack Obama put restrictions on some equipment being transferred — like grenade launchers and bayonets — after protests in 2015 after the police-shooting-death of 18-year-old Michael Brown, in Ferguson Missouri. President Donald Trump reversed these restrictions in 2017.

The JUSTICE Act would also ban no-knock warrants, like the one that used when Louisville, Kentucky, officers entered EMT Breonna Taylor’s home, believing her to be involved in drug trafficking, and shot her to death in a gunfight with her boyfriend whom they had woken up while using a battering ram to enter their home.

This ban would be incentivized by withholding federal dollars from departments who keep no-knock warrant policies.

Both bills use this same method to ban chokeholds by state and local police and the Democrats’ bill includes a federal ban on the deadly holds.

The George Floyd Justice in Policing Act also authorizes the Department of Justice to issue subpoenas in investigations of police departments for a pattern or practice of discrimination.

There are already bills being discussed to make lynching a federal hate crime, but Kentucky Republican Senator Rand Paul has stalled its in the Senate, saying the bill’s interpretation of a lynching is too broad.

Democrats took issue with the JUSTICE Act’s funding of police trainings and programs, which would put millions of dollars into de-escalation training, body camera programs and racism trainings.

Both police reforms are currently held up in Congressional gridlock, and while protests continue around the country, federal solutions are at a standstill.