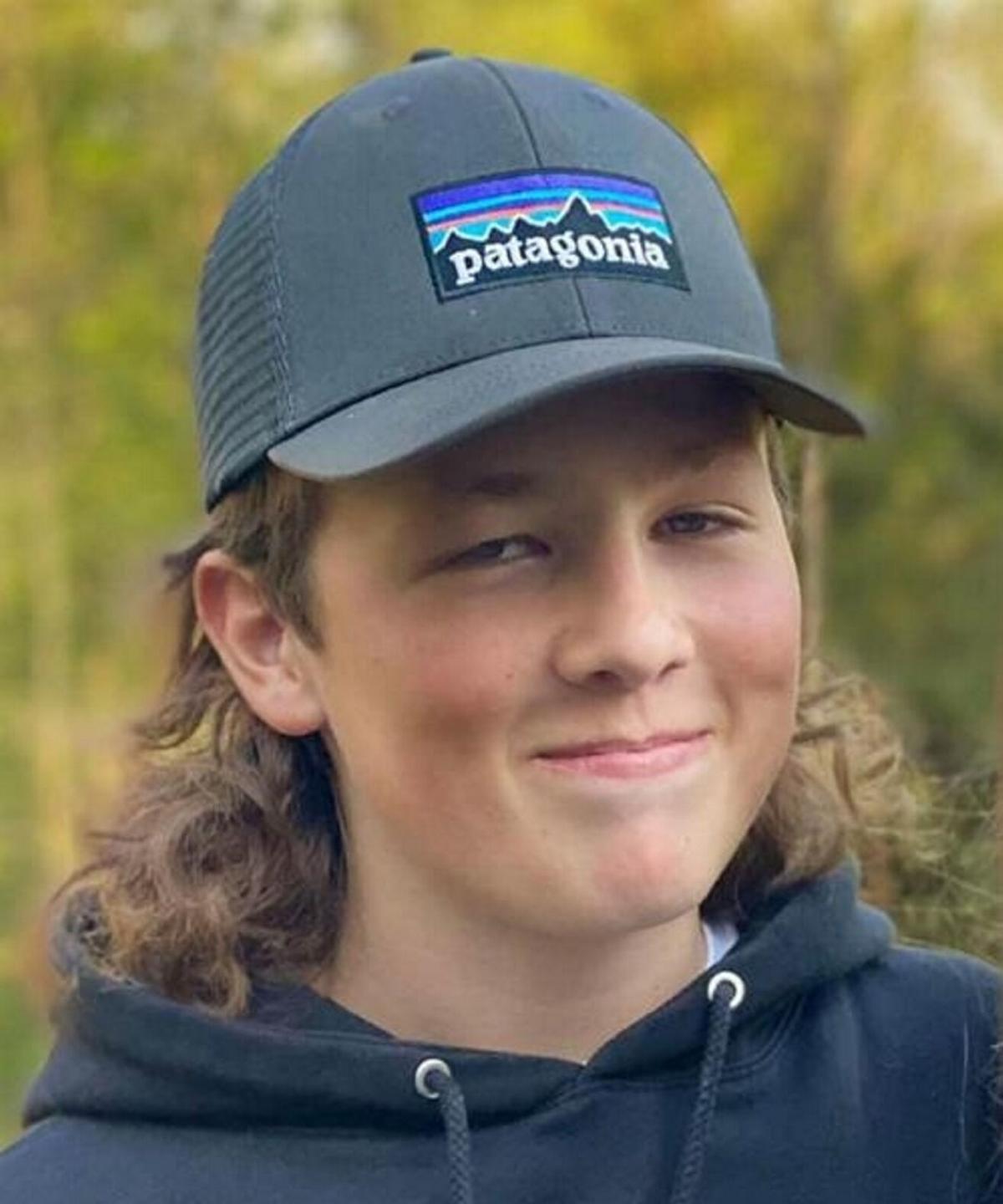 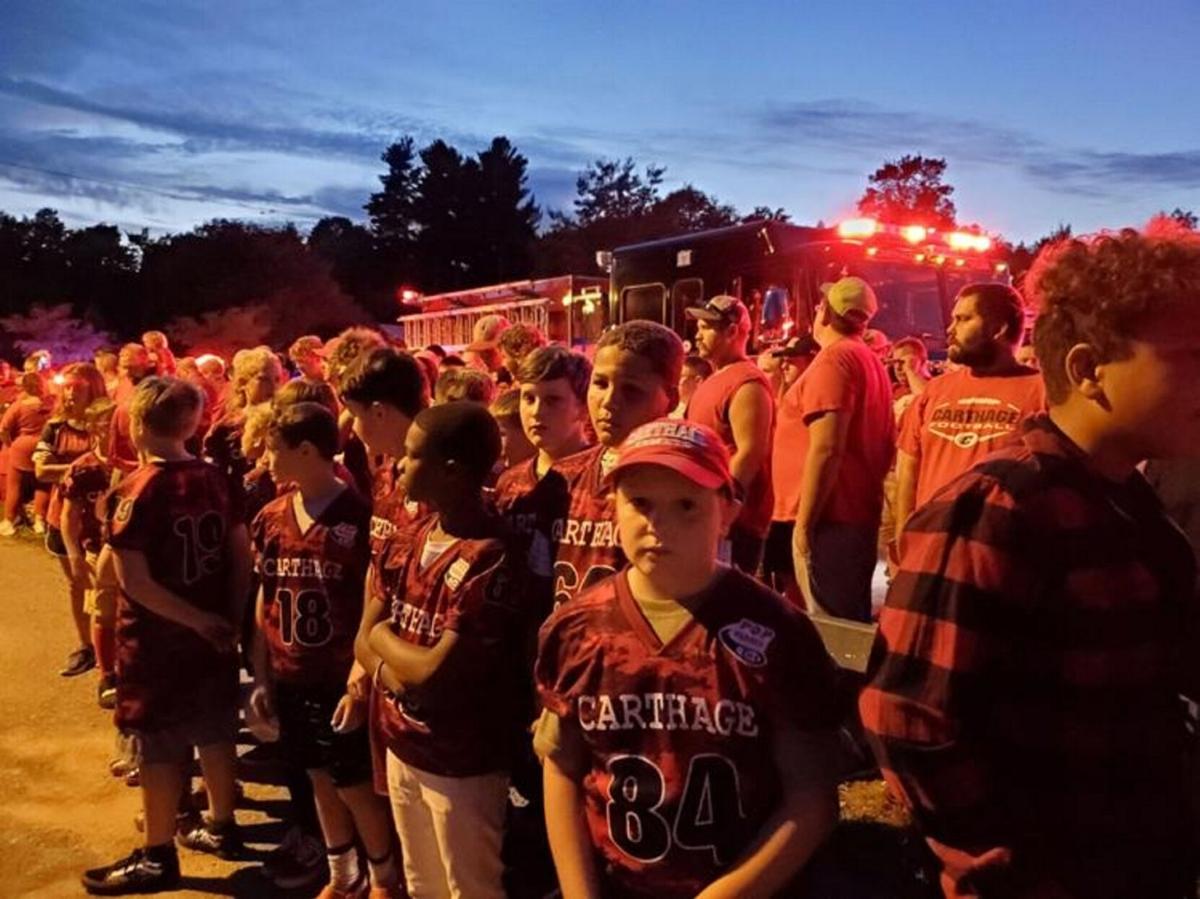 At 14 years of age, Tyler Christman had his whole life ahead of him.

Family members said that he exhibited a free spirit and was adventurous. He loved competing at Evans Mills Raceway on Saturdays, previously owned by his father, Jason.

A freshman at Carthage High School, Tyler played on the junior varsity football team. Just like everything else he did, he gave his all to his teammates as well as the school and its fans.

Tragically, Tyler suffered a serious head injury Sept. 18 during a football game against West Genesee High School in Camillus. He collapsed and had to be taken to Upstate University Hospital in Syracuse.

People throughout Northern New York reached out to Tyler’s family. A “Light It Up Red for Tyler” rally was held Monday evening at the Carthage Village Park. Hailey Reece, one of Tyler’s close friends, asked people on Facebook to wear red as a show of support.

“It worked. The suggestion spread quickly far beyond the village limits, the School District’s boundaries, the north country and the state of New York,” according to a story published Monday by the Watertown Daily Times. “Carthage Central and Augustinian Academy students locally and in districts around the north country poured into classrooms decked in whatever red garb they could find. Prayer lines stretching throughout the country quickly formed on social media on Monday and Comet-red shirts worn in solidarity showed up in schools, businesses and all over social media in locations near and far: Central and Western New York; down the eastern seaboard to North Carolina, Maryland and Florida; out to California and across to Alabama, Kentucky, Tennessee, Texas and Michigan in between. Photo after photo, post after post showed teams, businesses and entire families decked in red, reaching out in the face of the tragedy. No. 27, Tyler’s number, even showed up on ribbons tied to backpacks.”

But the worst fears for the Christman family came true. Despite the brain surgery performed on him following his injury, Tyler remained unresponsive. He died Tuesday afternoon surrounded by loved ones.

There is no doubt that Tyler’s family and friends were deeply touched by the massive show of support. So many in the north country felt as though they had lost one of their own.

Tyler’s father posted a statement Tuesday on Facebook reading, in part: “Our family has felt such love from family, friends, co-workers, neighbors and strangers. Our family appreciates all the thoughts, prayers and support. We know he felt all the love being sent his way. Our Tyler was and forever will be loved.”

Support from community members continues. Lee Gill, who owns Evans Mills Speedway, planned a candlelight vigil to Tyler to be held at 7 tonight at the racing venue. And the Watertown Red & Black, a local semi-pro football team, will wear stickers with Tyler’s No. 27 on their helmets for upcoming games.

Members of Tyler’s family participated in an Honor Walk on Tuesday. This is a ceremony to commemorate the life of an individual before his or her organs are removed after death and donated to other people.

We commend everyone who sent their support to the Christman family. It’s devastating to lose someone so beloved at such a young age. But Tyler’s family will draw on the strength offered by the broader community.

We also commend the Christmans for their decision to have Tyler’s organs benefit those who need them. No one wants to have to make such a decision for a loved one.

But numerous people are waiting for life-saving organs, and enabling these people to carry on is a noble act. Tyler’s memory will endure through the lives he’s helping to preserve.

It’s important for people to have difficult yet important conversations with family members about end-of-life matters. Adults should ensure that plans are made for themselves, their partners and, if necessary, their children.

The Health Resources and Services Administration, part of the U.S. Department of Health and Human Services, maintains a website with information about the need for and process of donating organs. Visit http://wdt.me/m39tgg to learn more.