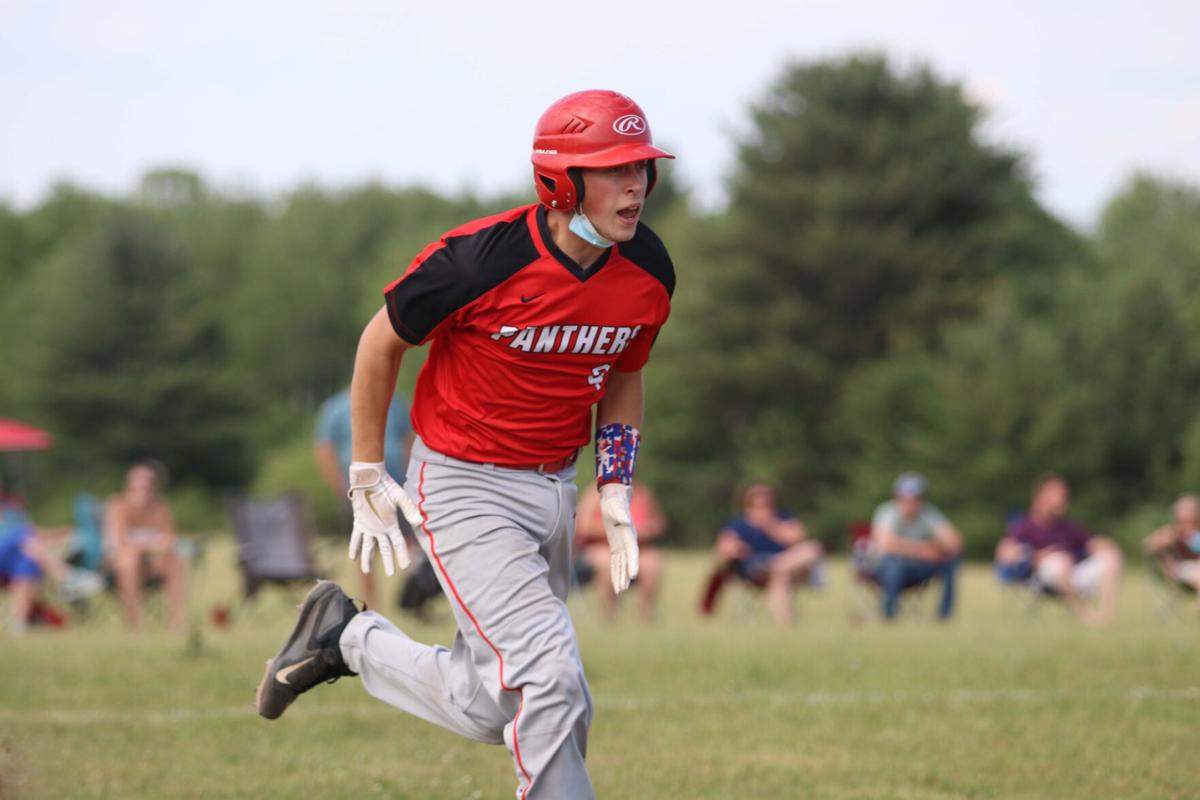 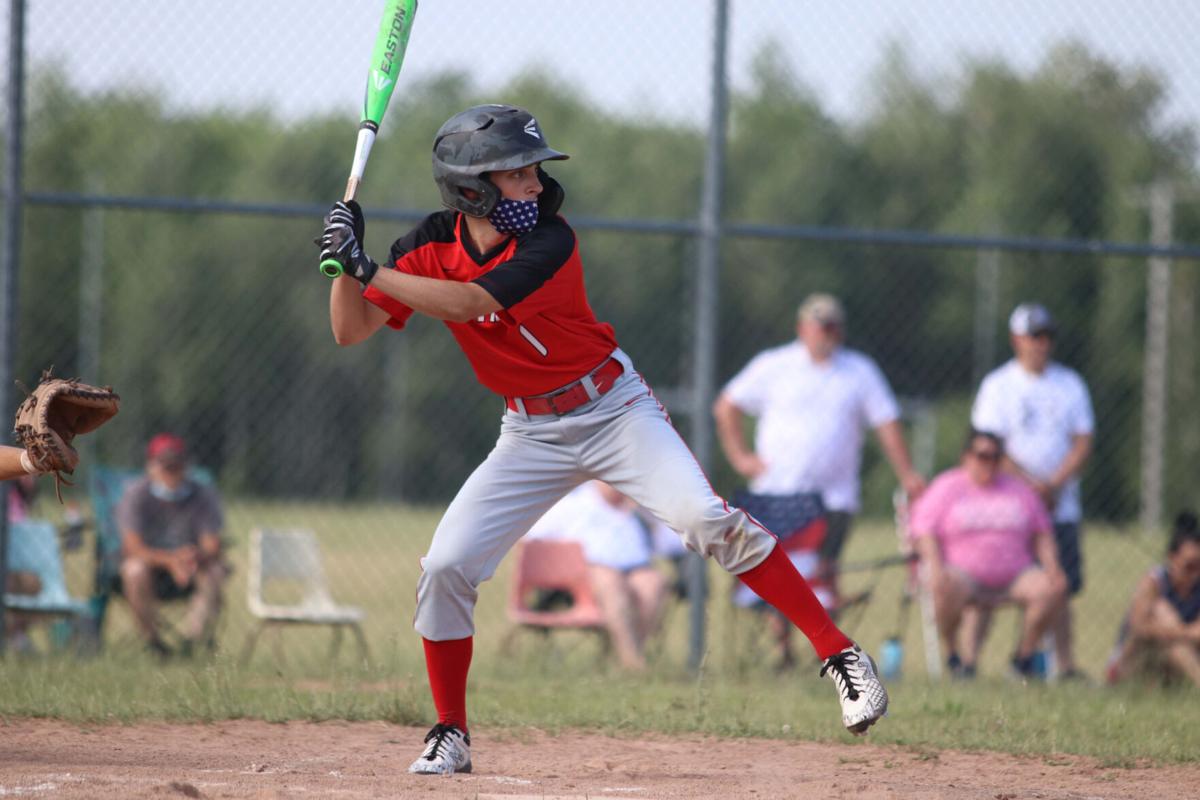 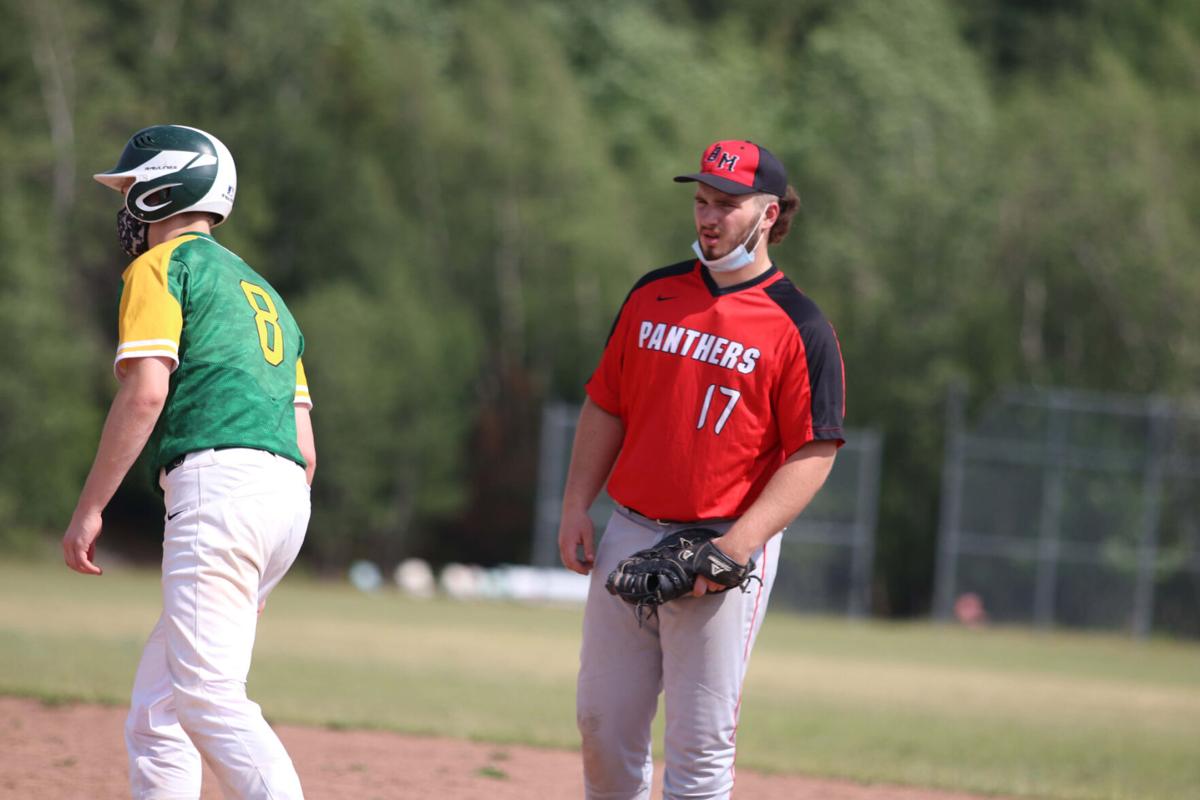 Brushton-Moira's Lucas Bushey (right) stands at first base with a runner on. Evan Wheaton/Malone Telegram 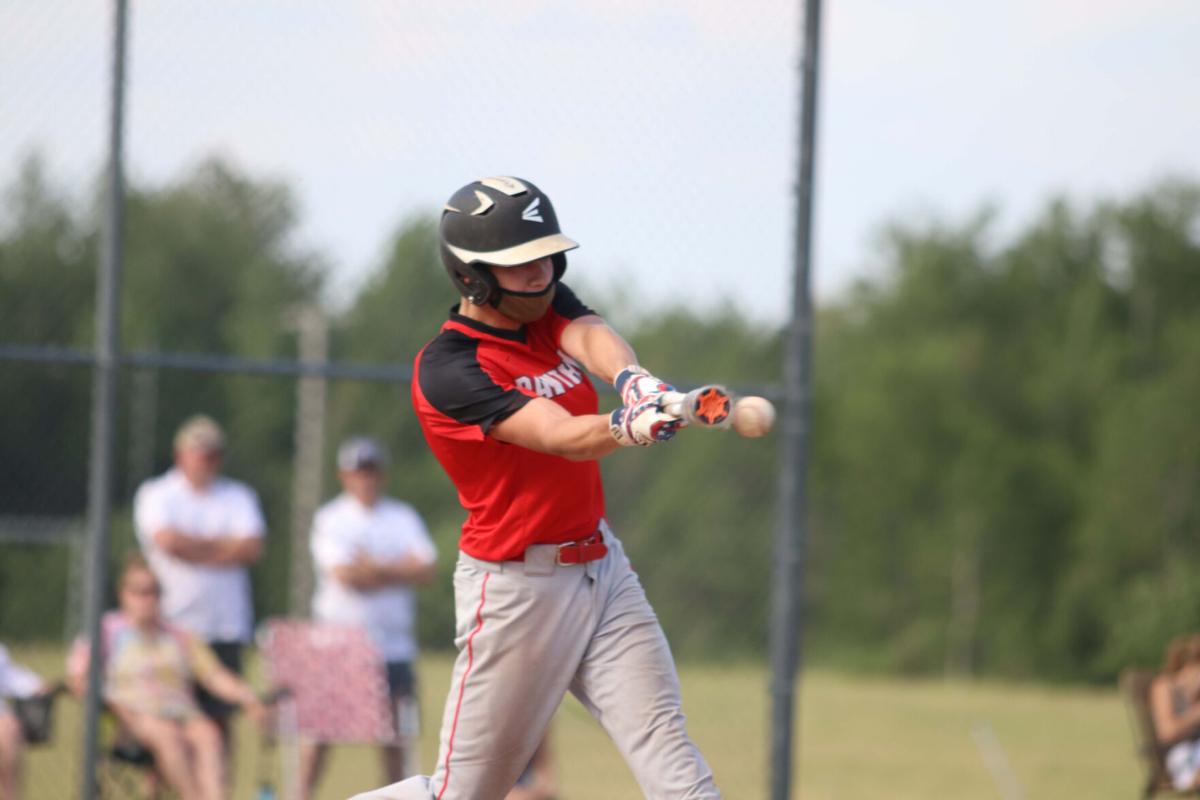 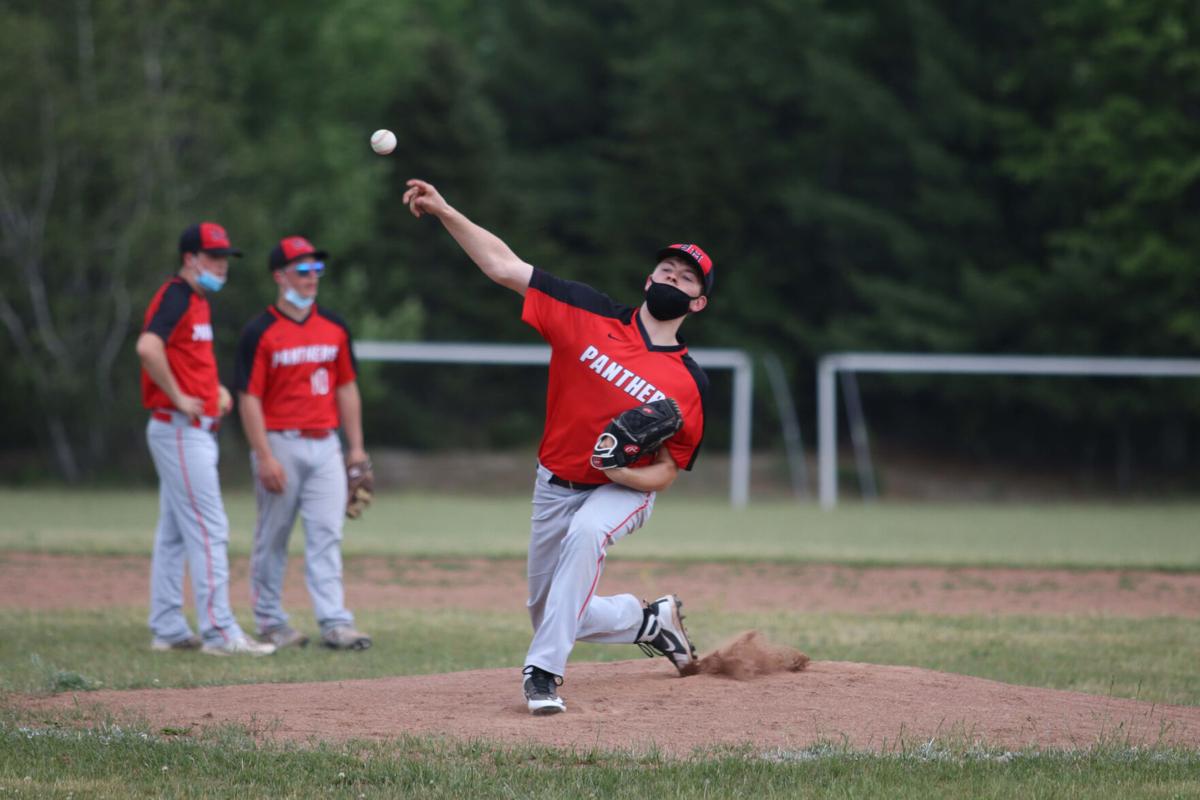 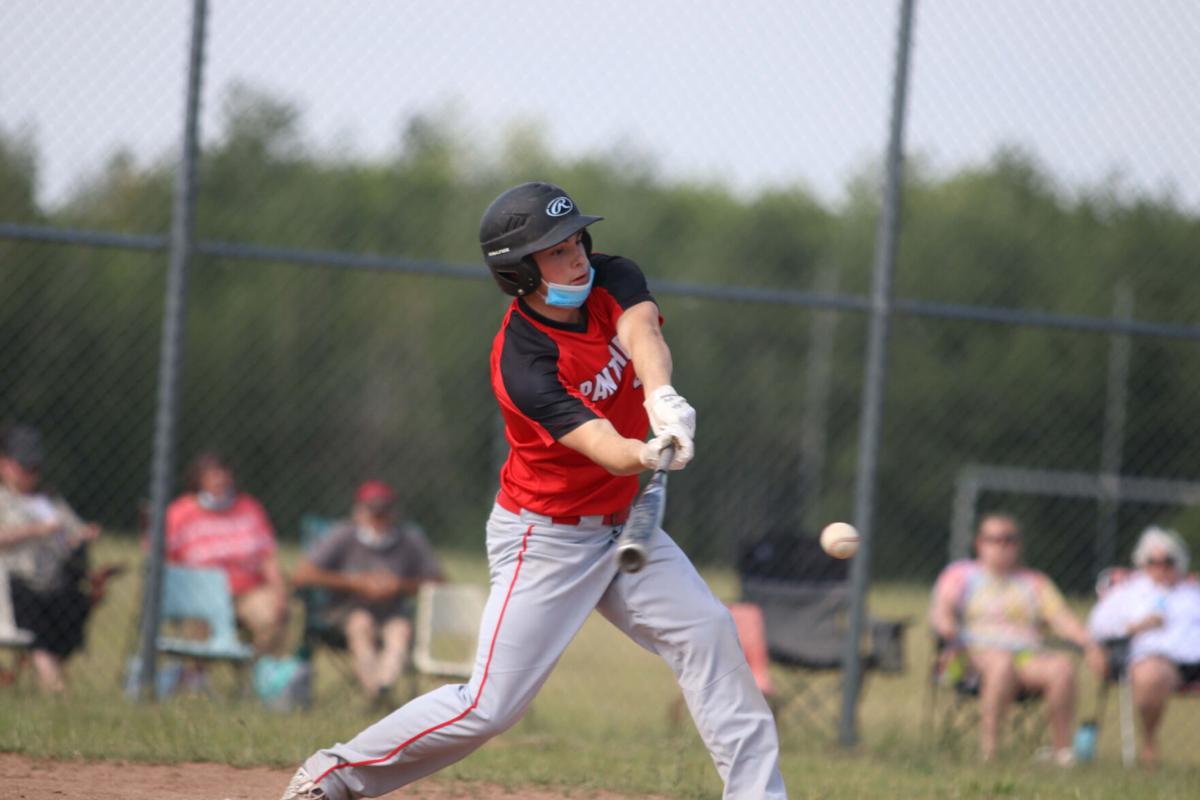 Brushton-Moira's Lucas Bushey (right) stands at first base with a runner on. Evan Wheaton/Malone Telegram

Fast forward to 2021. After a lost season, the freshmen of Panthers’ past are in a position to win another championship.

“When we won that game for Section 10 – best day of my high school career so far,” senior catcher Wayne Palmer said. “To win another one would mean everything to me leaving school.”

Brushton-Moira will need to get past the Flyers once more, and the latter had a strong outing with a 15-5 road win on Monday.

Dawson White had two RBIs, going 2-for-3 at the plate for the Panthers (10-1). Both RBIs came when the senior hit a double with the bases loaded to cut Brushton-Moira’s deficit in half, 10-5 in the bottom of the sixth inning.

END 6: Dawson White hits a double with the bases loaded to cut Brushton’s deficit in half, 10-5. pic.twitter.com/uhdRx3Oy4B

“I think we struggled a little bit today fielding-wise, pitching-wise, you know, batting-wise,” Palmer said. “The top of our lineup wasn’t really producing our runs, but I think the next game we’re gonna see a whole new team from us. We’re gonna come out swinging and the end game is gonna be Class C.”

Ajay Martin threw four strikeouts and walked three batters in the circle for the Panthers. Lucas Bowen relieved Martin in the fifth inning and finished with three strikeouts and four walks.

Following a scoreless first inning, Nicholas Tebo put the Flyers up 1-0 with an RBI. Palmer ran home on a wild pitch to tie it in the bottom of the second.

END 2 | Palmer runs home on a wild pitch to tie it. Runners stranded on second and third.1-1, top of the third. pic.twitter.com/Z2WpAZKFLc

The Flyers made a double play to close out the first frame, and the Panthers failed to make one of their own in the top of the third when Michael Hewey singled in Michael Richards to retake a 2-1 lead.

“We didn’t make the defensive plays that we needed to, to get out of a couple innings. Some base running mistakes, so we didn’t play our typical, solid defense and offensive game,” Brushton-Moira coach Jody Johnston said. “We made some mistakes, and any time you make mistakes against a team like Norwood, you’re not going to win a lot of those games.”

Down 8-1 in the bottom of the fifth, Justin Martin and Bowen chipped away at the Panthers’ deficit with a run apiece. Brushton-Moira’s batters were challenged at the plate and couldn’t catch momentum against the circle.

The Panthers had a few miscues that advanced Flyers runners and Norwood-Norfolk’s field limited big plays when the hits came.

Brushton-Moira finished the regular season as the no. 2 seed in the Section 10 tournament. The Panthers will host the no. 3 Flyers on Wednesday at 4:30 p.m. in the third matchup of the season for both teams.

Johnston stated that he has confidence in his squad, and the first loss of the season against their immediate playoff opponent will be a motivating factor for the next two days.

“(Norwood-Norfolk is) pretty strong defensively and coached very well, so when we play them again Wednesday, we need to minimize those mistakes,” Johnston said. “Otherwise, we’ll be on the losing end again.”

In their first game against the Flyers this season on May 15, the Panthers scored seven runs in the fourth inning to close out a 12-1 win. Both teams have found success against one another on the road. With the regular season in the books, the two are geared toward one more showdown in Brushton.

“It’s nice to complete what we started. I was concerned at the beginning of the year that we may not be able to make it through the year with COVID and everything else, but we’re good,” Johnston said. “We’re gonna get this year out of the way. I’d like to be the last team to win at the end of the year. Always good to win your last game, so that’s what I’m hoping we do.

“We’ll give these guys the sendoff they deserve. I’ve got nine seniors and I want to send them off the right way.”