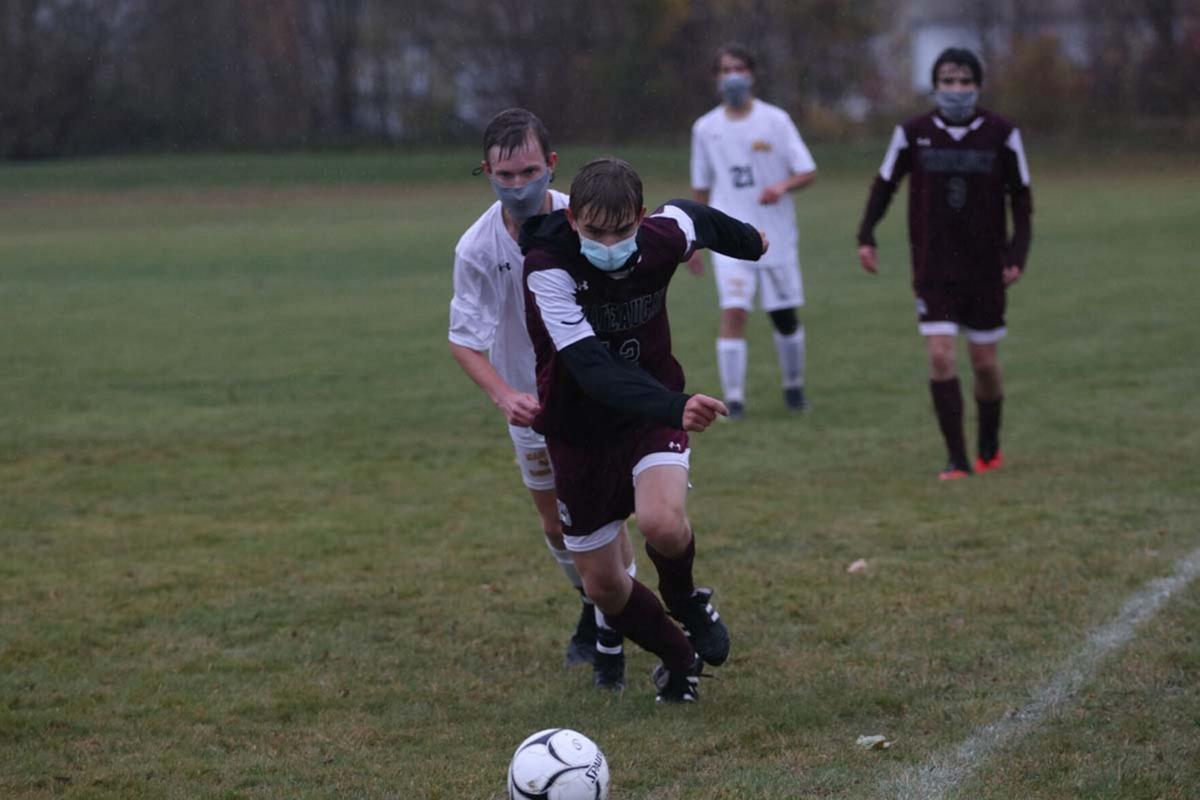 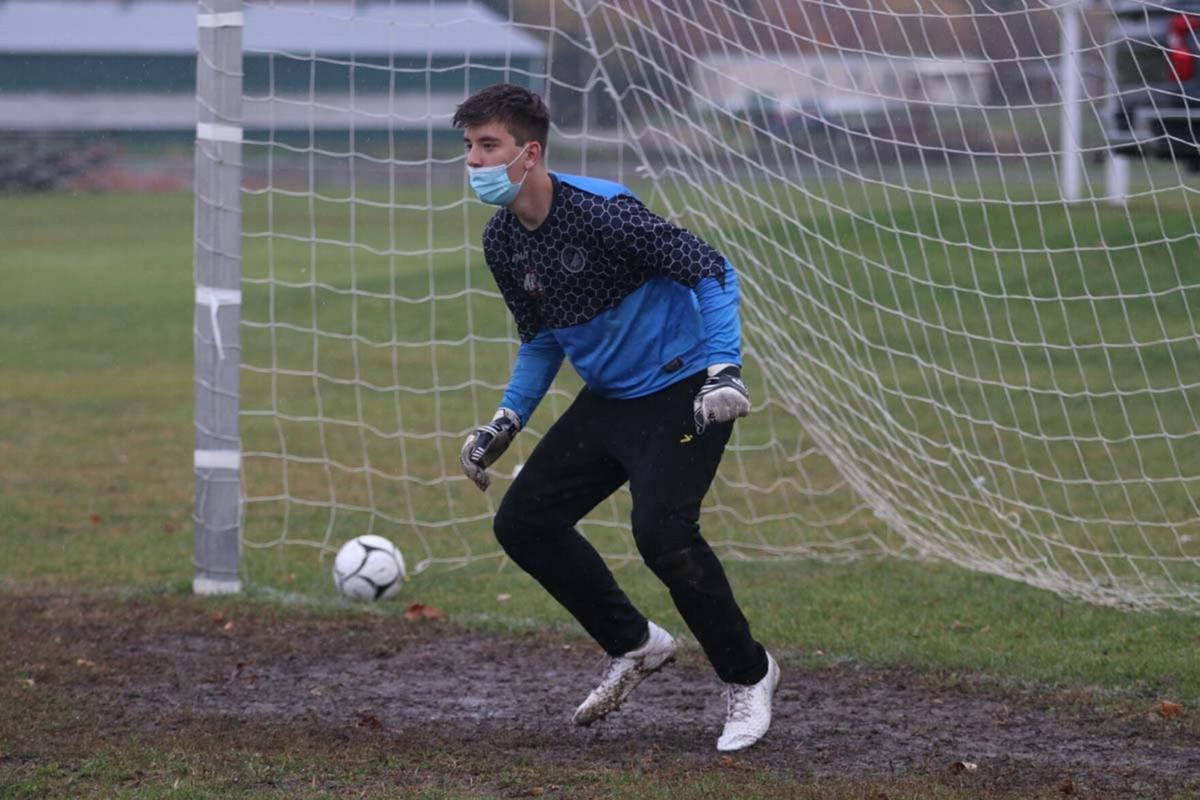 Alex Stout warming up before the game. Evan Wheaton/Malone Telegram 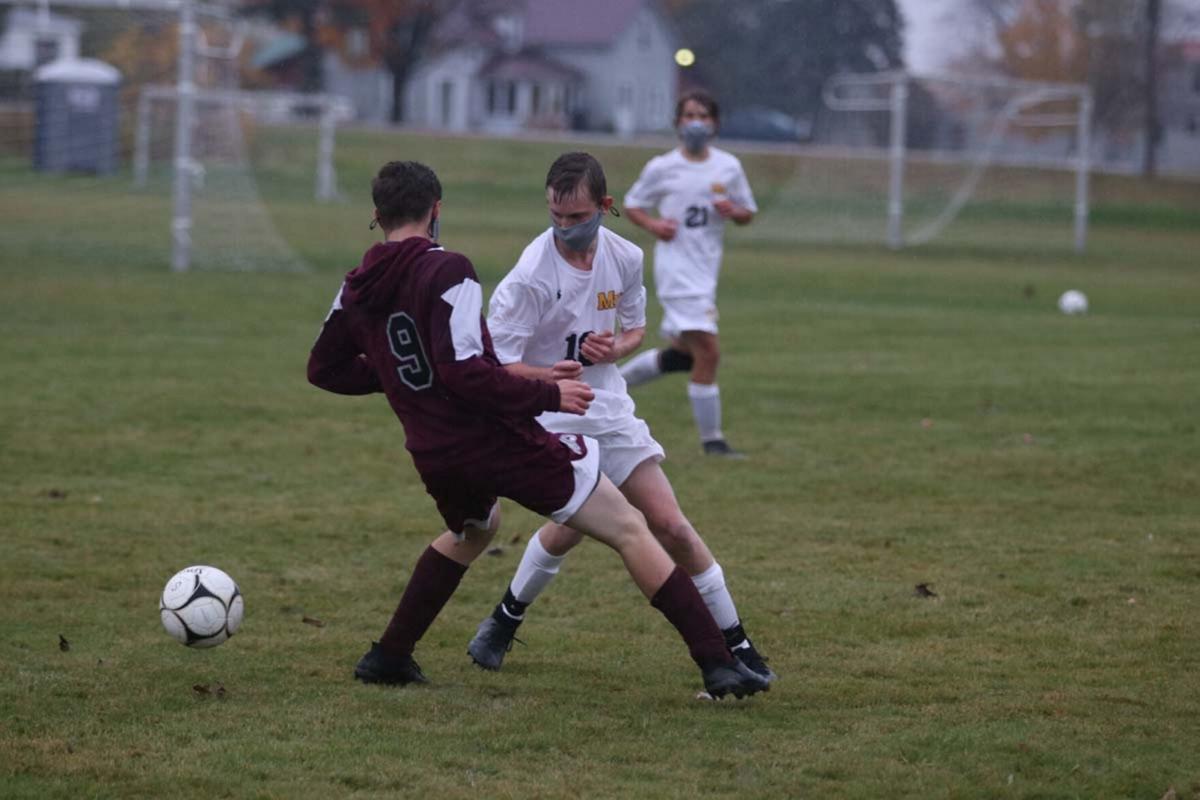 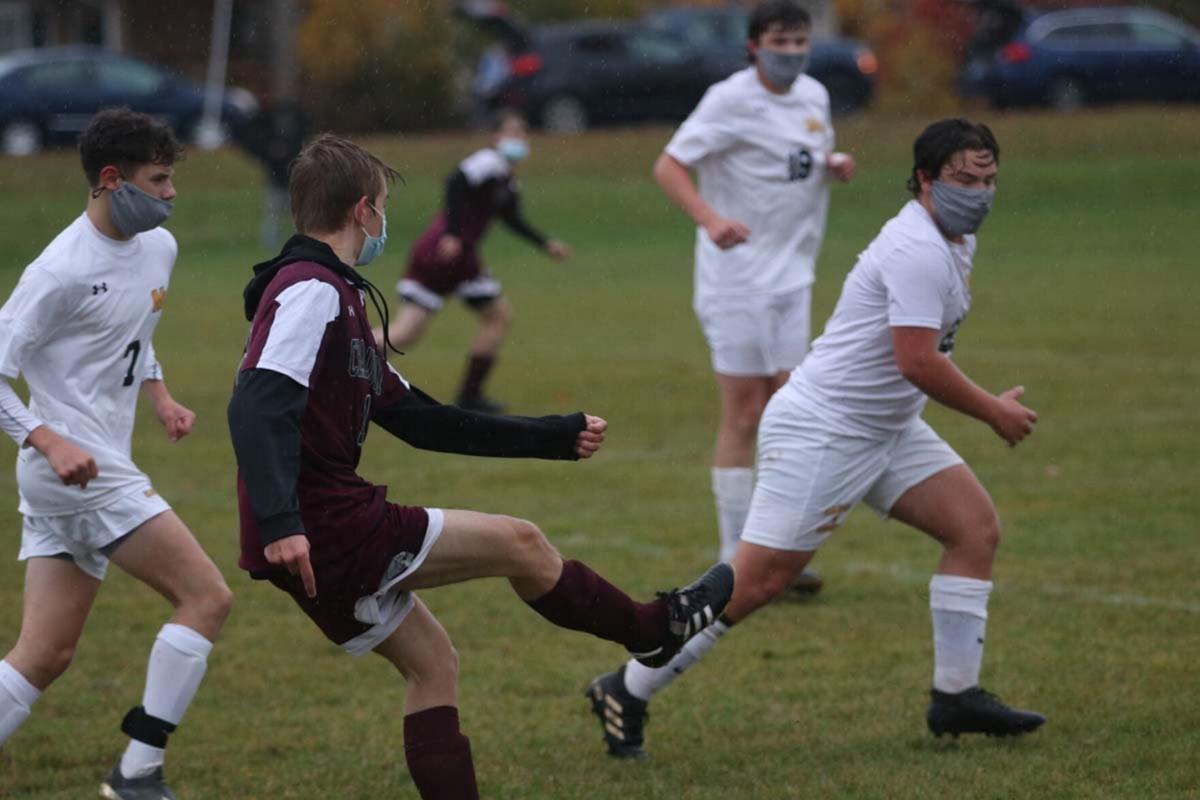 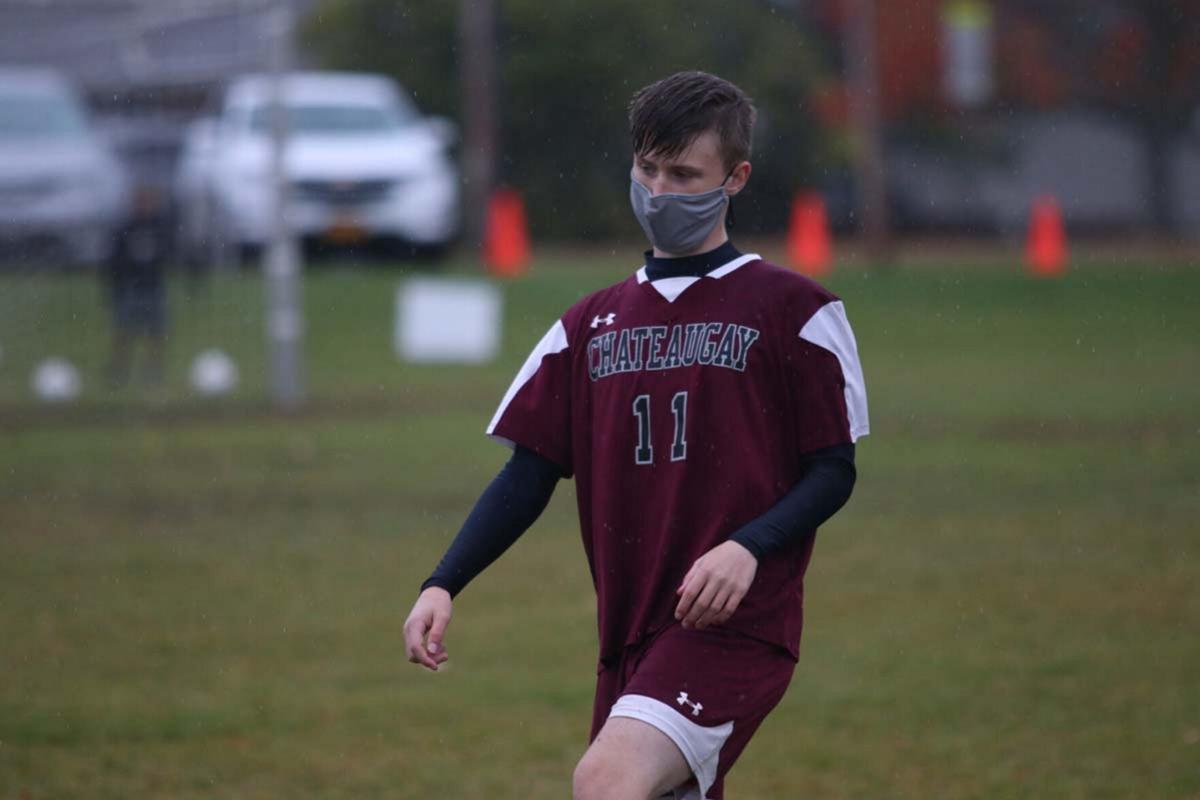 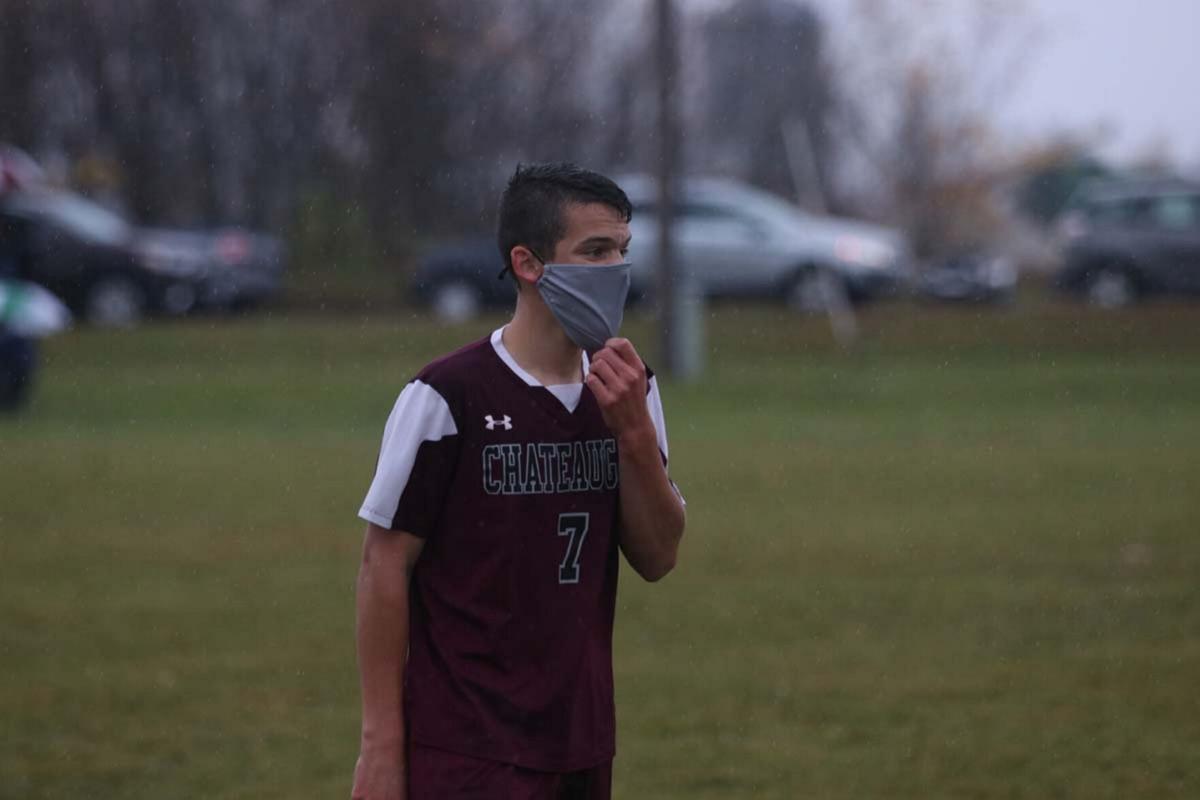 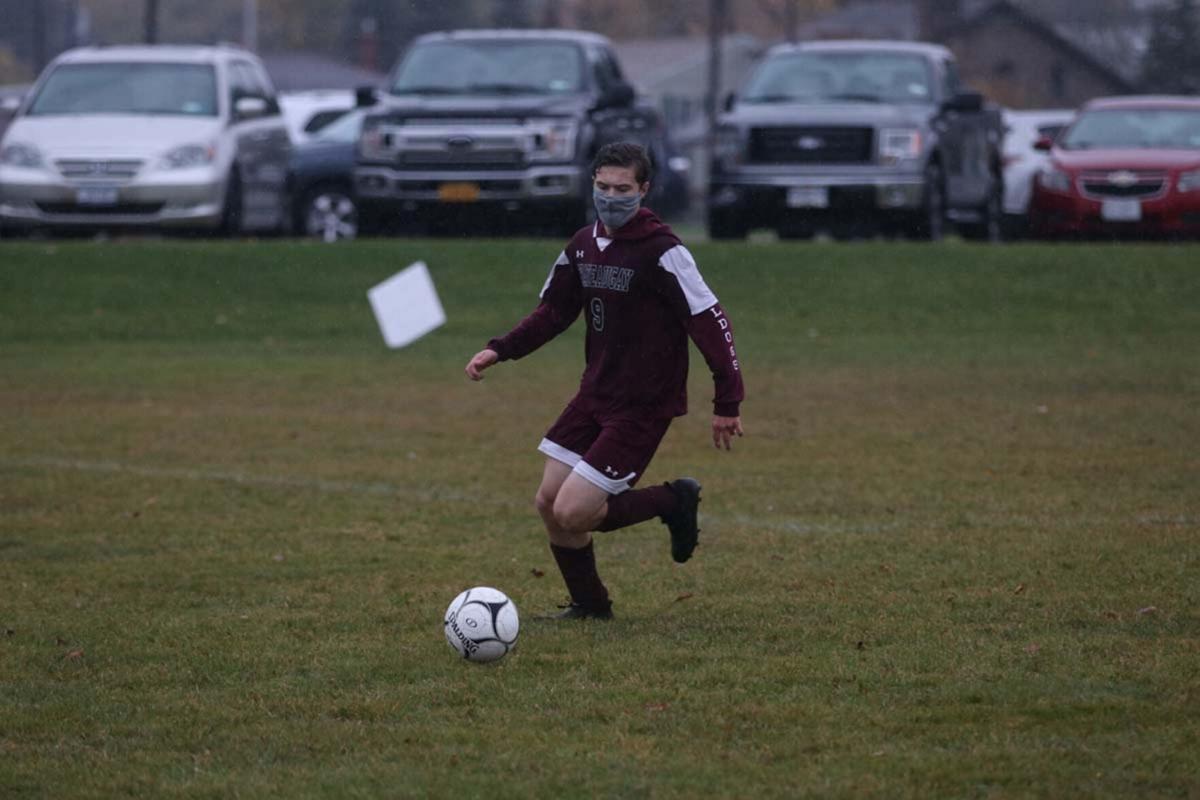 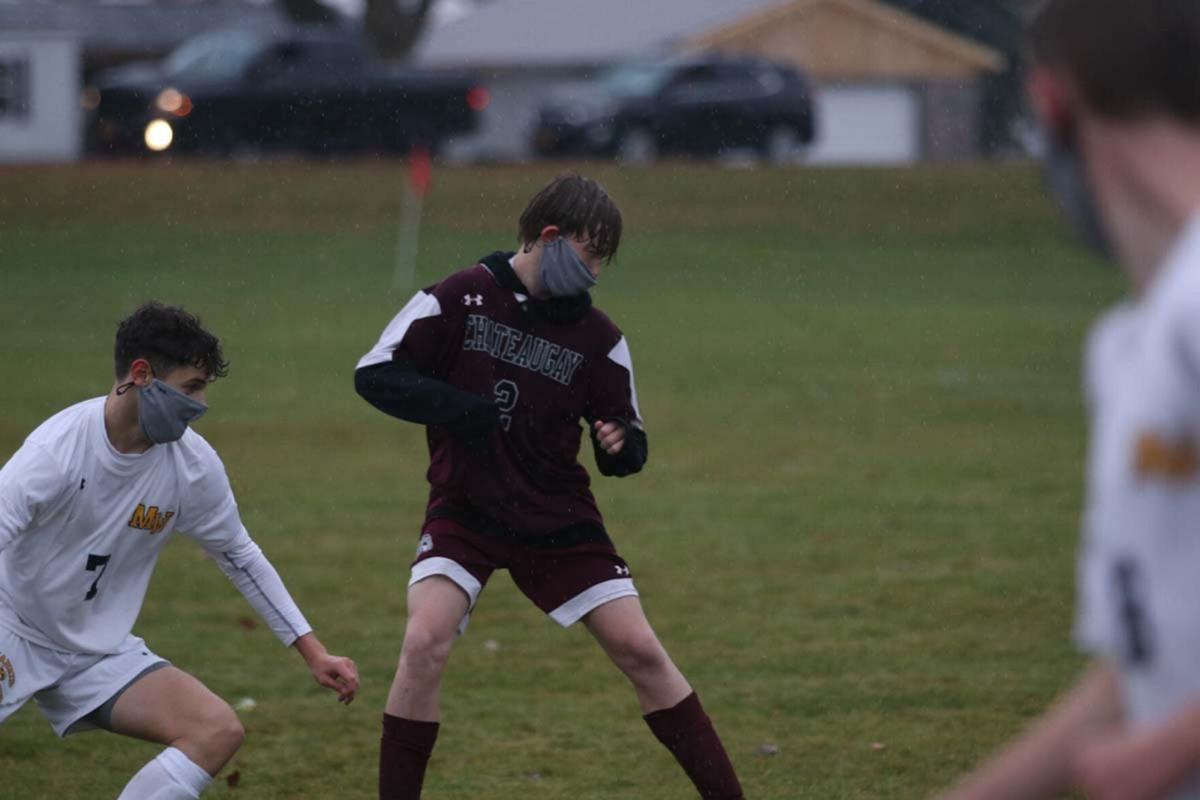 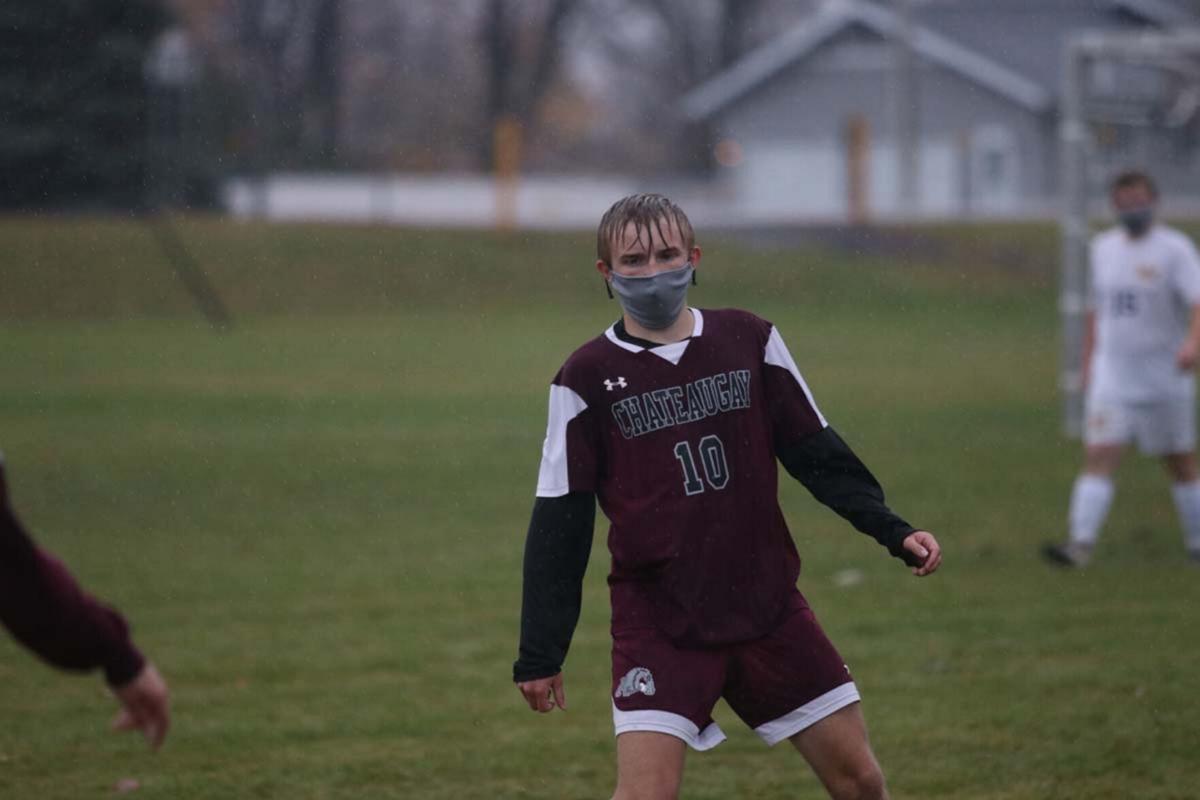 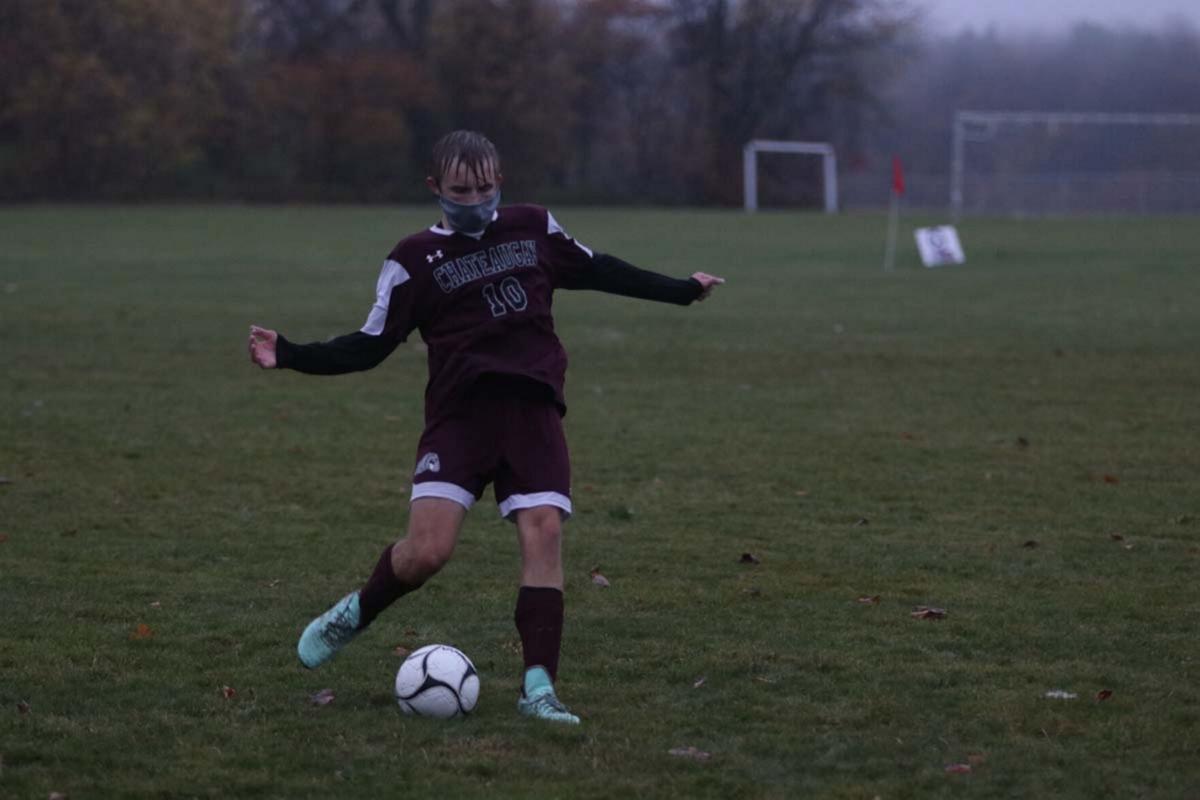 Alex Stout warming up before the game. Evan Wheaton/Malone Telegram

CHATEAUGAY – The Chateaugay boys soccer team came into the second half with the mentality of a tied game, despite being down 3-0 to Madrid-Waddington at home Monday.

“We’re building on all the positive stuff that we’ve been doing. It is what it is at this point with our team, we’re playing the hand we’ve been dealt,” Bulldogs coach Ted Martin said. “That mentality is, ‘Okay, we gave up goals but we’re not worried about giving up goals and losses.

“We’re worried about building our team and playing a good brand of soccer and getting results eventually; Doing the little things.”

Matthew Robinson took a shot that sailed over the head of Alex Stout and underneath the crossbar, netting the first goal of the game for the Yellowjackets. Robinson’s second goal of the game came in the 38th minute off a direct kick.

38’— Madrid-Waddington increases its lead to 3-0 off a direct kick. pic.twitter.com/r1goL7ClDH

Madrid-Waddington kept looking to him over the middle as he became a problem for the Chateaugay back line. The Bulldogs had their fastest players marking him up as they tried to keep him off the ball.

The Yellowjackets also scored just a minute before Robinson’s second, establishing cushion that would be maintained through regulation.

Owen Rockhill replaced Stout at the net for the second half, and the two combined for 15 saves. Madrid-Waddington goalie Jacob Morgan registered eight saves.

The Yellowjackets outshot the Bulldogs 20-8, although Chateaugay’s offense had good looks throughout. They excelled in short passes and moved out the ball well, and although ultimately they didn’t capitalize on scoring opportunities, the offense began to gel.

“They’re starting to buy into the offense we got going on,” Martin said. “It’s different for everybody this year and it’s just starting to click.”

Martin is hopeful to carry the 0-0 mentality that was assessed at half moving forward as the Bulldogs look to gain their first win of the season.

“Just keep building, just like we have every game. Just build on the positive stuff that we’ve done in the last games and hopefully we can get everything all together,” Martin said. “Our defense came together tonight and that helped our offense.

“We’re hoping that can just keep coming together so we can get the total package and start putting balls in the net and start competing in games.”

The Chateaugay girls soccer game against Madrid-Waddington was rescheduled to Oct. 25 at 1 p.m.

Salmon River boys soccer earned its first win in a 6-1 rout over Gouverneur. Kade Cook accounted for three of the goals for the Shamrocks.

“We were much better at Stopper and Center Midfield tonight,” Salmon River coach Tim Cook said. “The goals were the result of great work in those areas. Hopefully we continue to improve all week.”