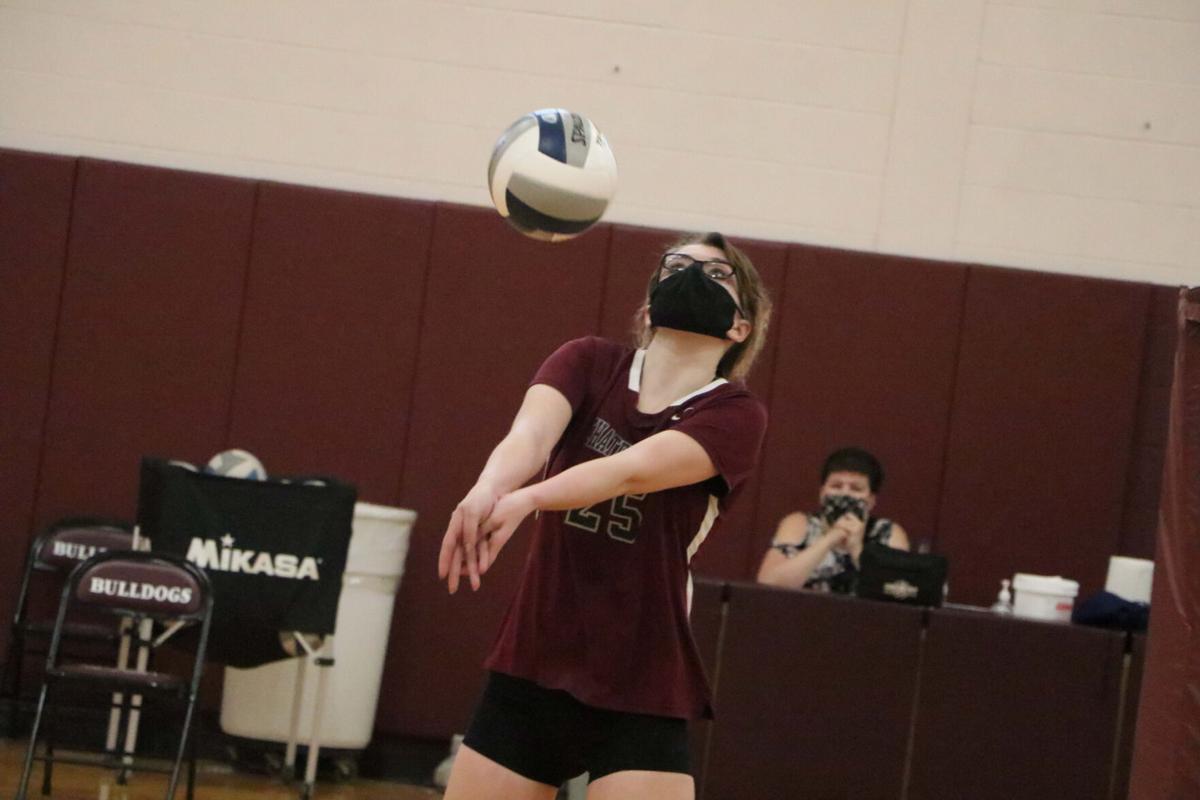 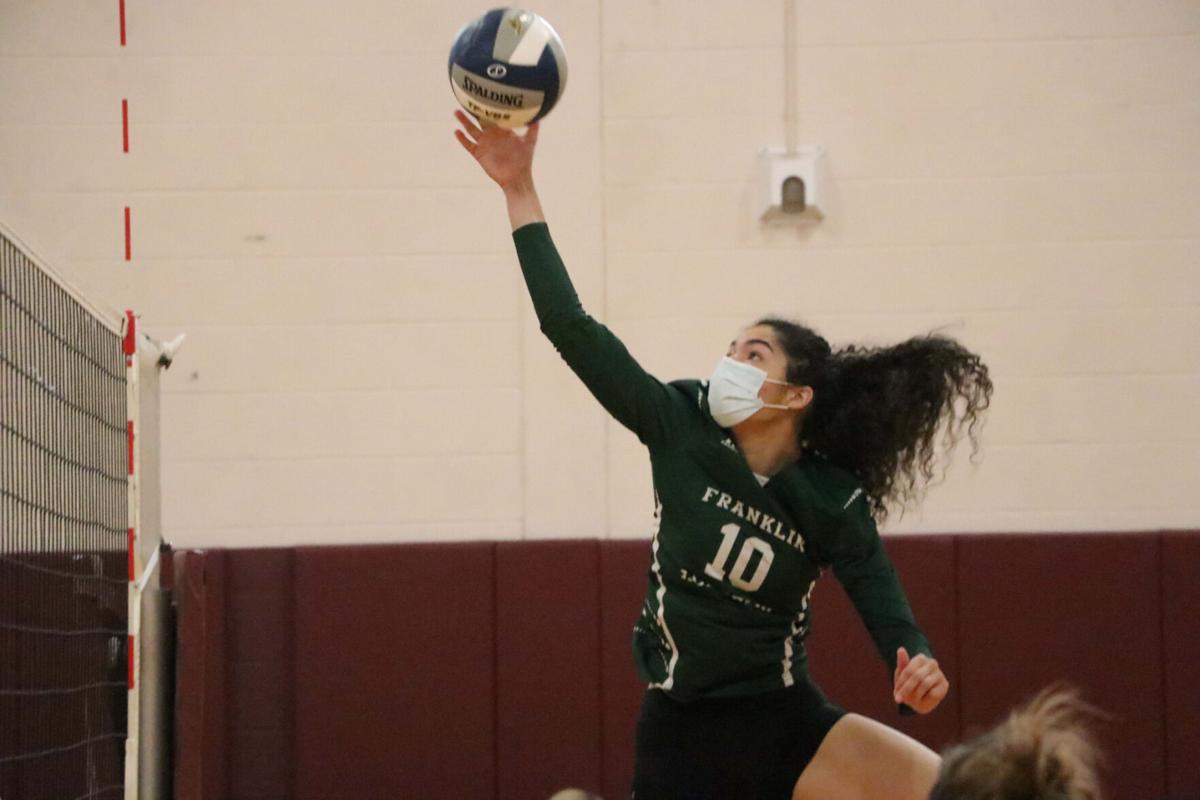 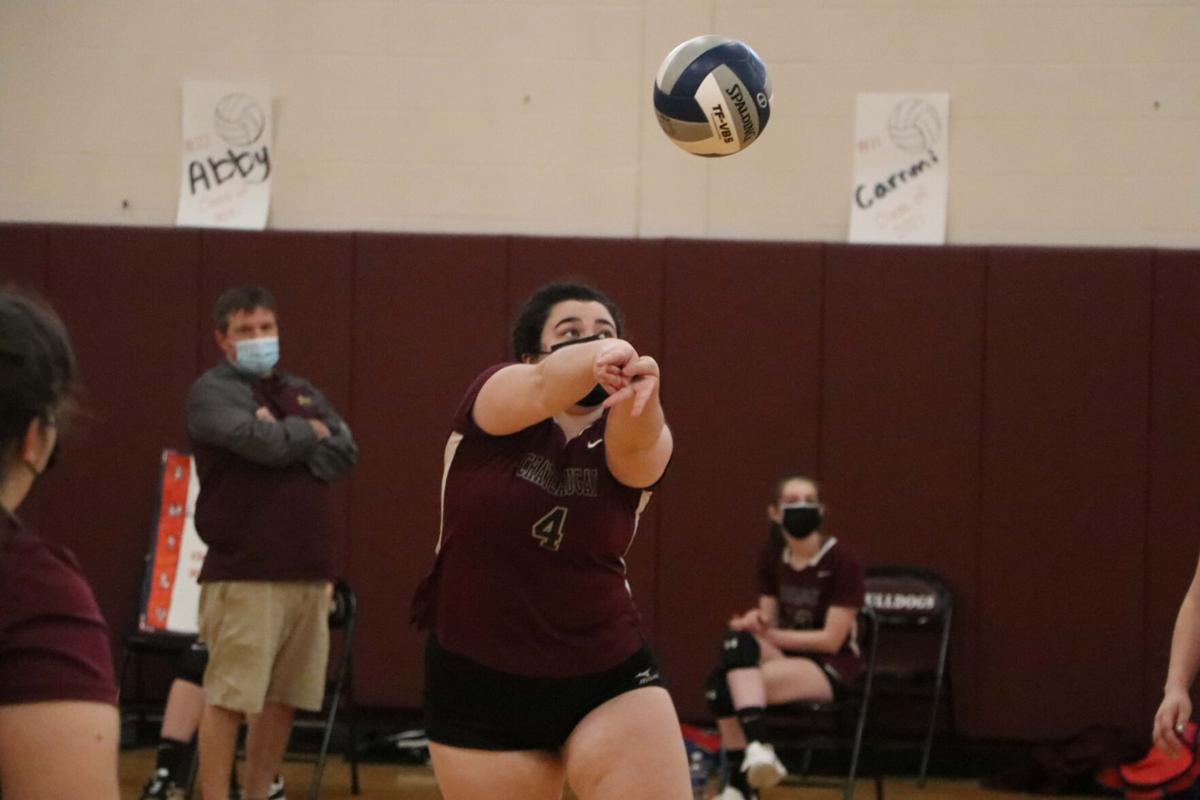 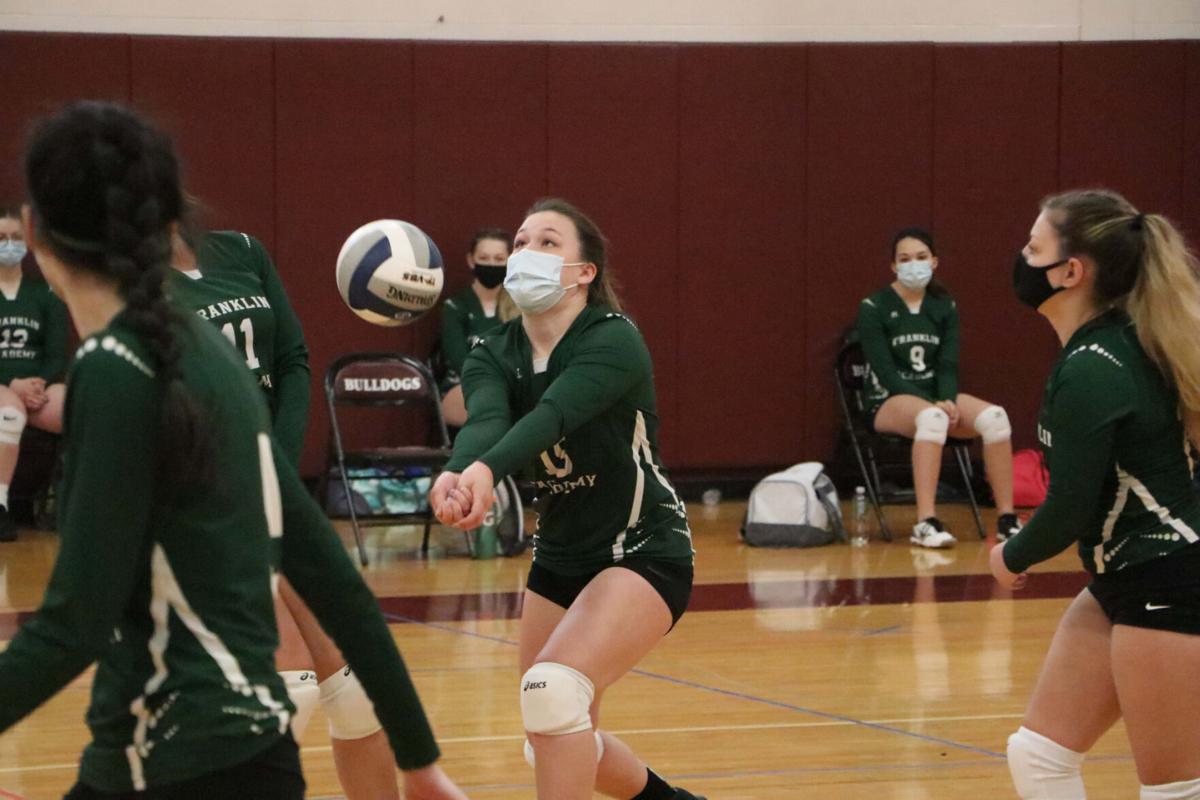 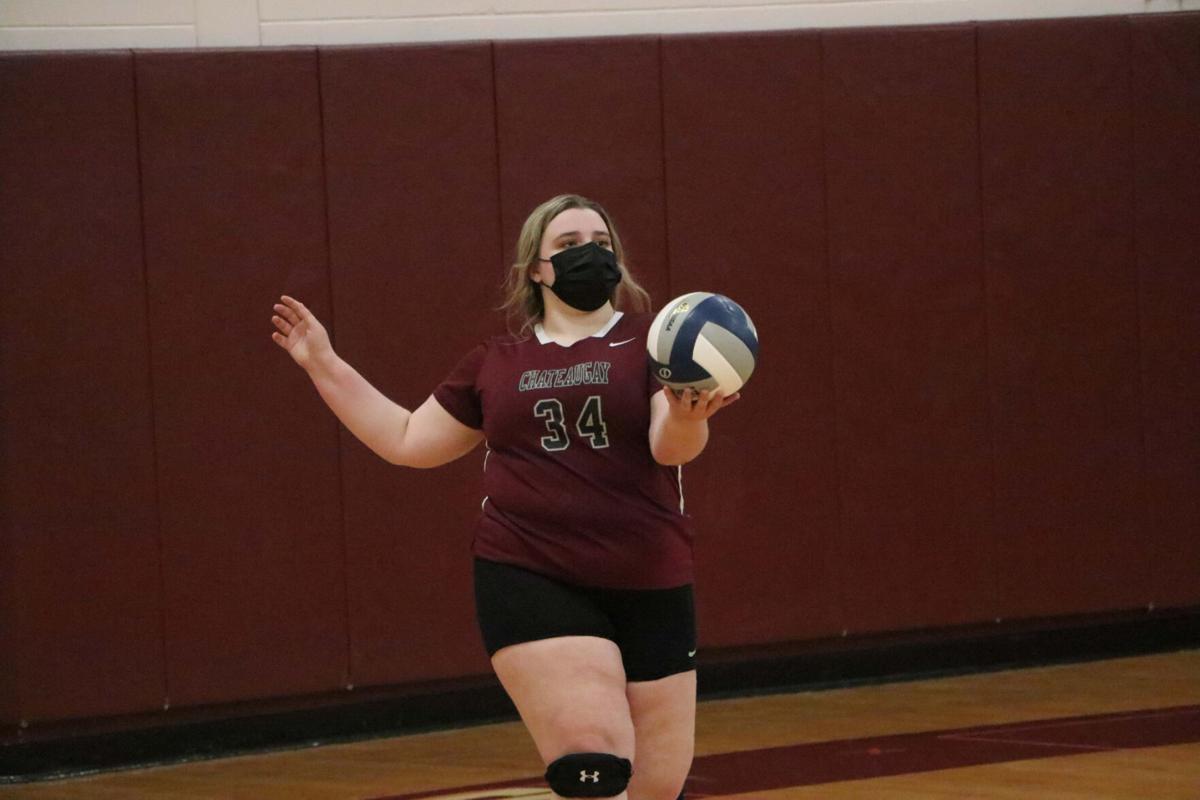 CHATEAUGAY – Though the bleachers were empty and folded up, the energy of the spacious gym could be felt.

After a winter without basketball, Chateaugay returned to the high school sports scene at home for the first time since the abrupt end to the Fall I season.

“I’m really happy to be back in the gym, especially with teammates,” Bulldogs senior Alexis Monette said. “We had more girls play this year just so we can all be together and do something. I’m really proud of everybody today.”

Chateaugay played host to Franklin Academy Saturday afternoon in what was a breath of fresh air and normalcy for the Bulldogs. Chateaugay beat the Huskies in four sets (25-13, 25-22, 21-25, 25-16).

And away we go. Chateaugay is back, folks. pic.twitter.com/FYwYGuMz5c

After taking the first set without trailing once, The Bulldogs (2-0) found themselves in a hole. Franklin Academy (2-1) jumped out to an eight-point run that prompted a timeout. Alex Secore immediately made a kill afterward to give the Huskies a ninth consecutive score and a 17-14 lead.

“Volleyball is a game of runs and it always has been, but that’s what we always try to do, push the peaks and limit the rallies. That’s one of the things we talked about in our timeouts,” Chateaugay coach Chris Reynolds said. “Really just getting back to being on offense, not being the team that’s trying to just put the ball over the net and give it to them.

“We want to play – we call it ‘downhill’ – getting on offense as much as we can (and) putting pressure on them and staying aggressive, not being careful. That’s what really got them back into it. And good serving.”

Mackenzie Lane serve to give FA its first lead of the day, 14-13. pic.twitter.com/on7kjAsKxk

The Bulldogs pulled back in the lead in part by back-to-back kills from Ayana Adams to take the second set.

The third frame opened in a back-and-forth affair. Both teams alternated scores en route to a 4-4 draw early on.

“We have really good motivation and we play point-by-point,” Monette said. “It’s always a mini game to one, so that’s our motivation to get back up.”

Upon a kill from Maddie Major, Franklin Academy held a frim 14-7 lead. While Chateaugay battled its way back into contention with good serving, the Huskies closed out the set after a kill from Mackenzie Lane.

Following the fourth and final frame of the match, a fifth set was played just for fun. With an abbreviated season – even more so due to a week of April break – it was agreed between both schools to get a little extra time in.

“Just to make sure that we got everybody a chance to get out there and have a little more,” Reynolds said. “We did, we shuffled in and out of the game as much as possible. I wanted for them and us to get some players that didn’t get in as much to get in there, relax and have some fun.”

The 5th set, which is just for fun, ends 25-22 in Franklin Academy’s favor. pic.twitter.com/qSELiDVxU3

Lane provided a huge performance in multiple phases for Franklin Academy. The junior made 10 kills, five aces and garnered 16 service points. Cathleen Bonville made 14 sets for the Huskies.

Senior day honors were celebrated an hour before the game. With the addition of five players – Emily Boadway, Chloe and Cammi Champagne, Abigail Vincent and Adyson Miller, who took a year off – there were nine seniors altogether. The roster has just two players who aren’t in their final year.

After volleyball was dubbed a high-risk sport and floated to Fall II, and having the basketball season waved caused more doubt for many, the day was well spent for the Bulldogs.

The little season that could is on its way.

The Shamrocks have now won nine consecutive sets to sit at 3-0 on the Fall II season.