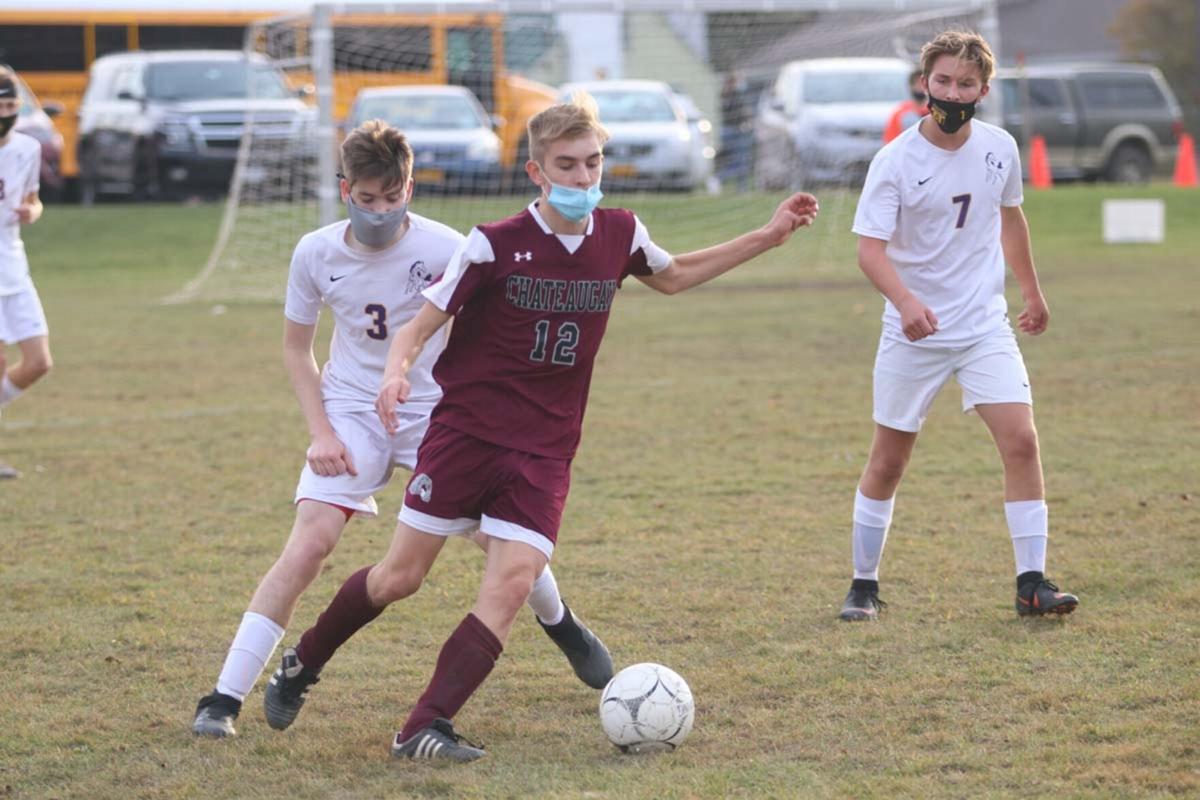 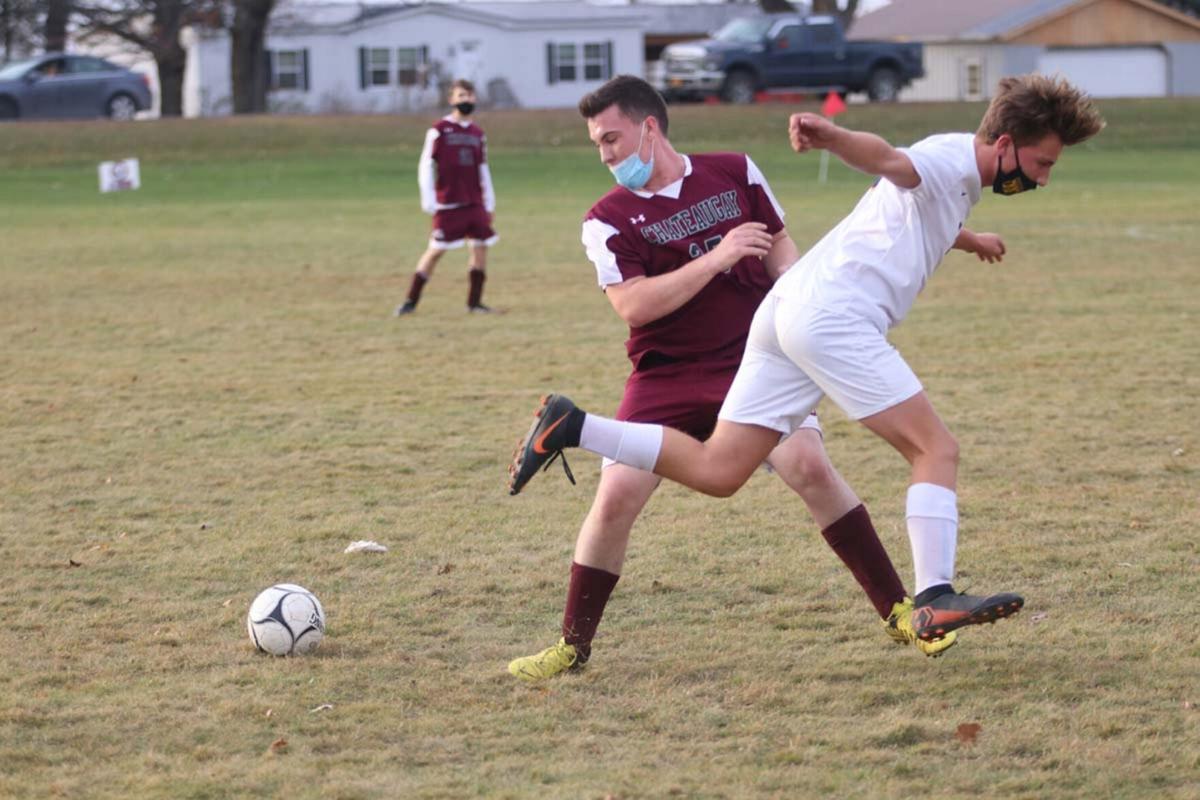 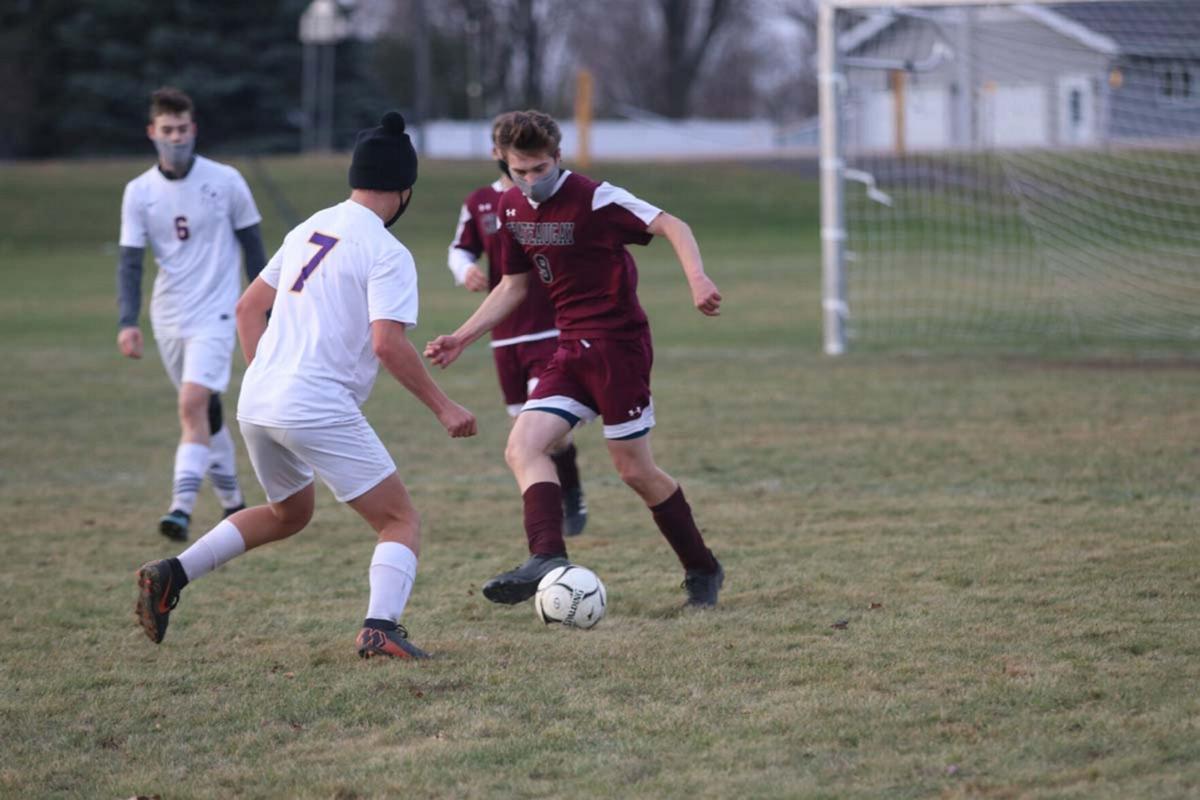 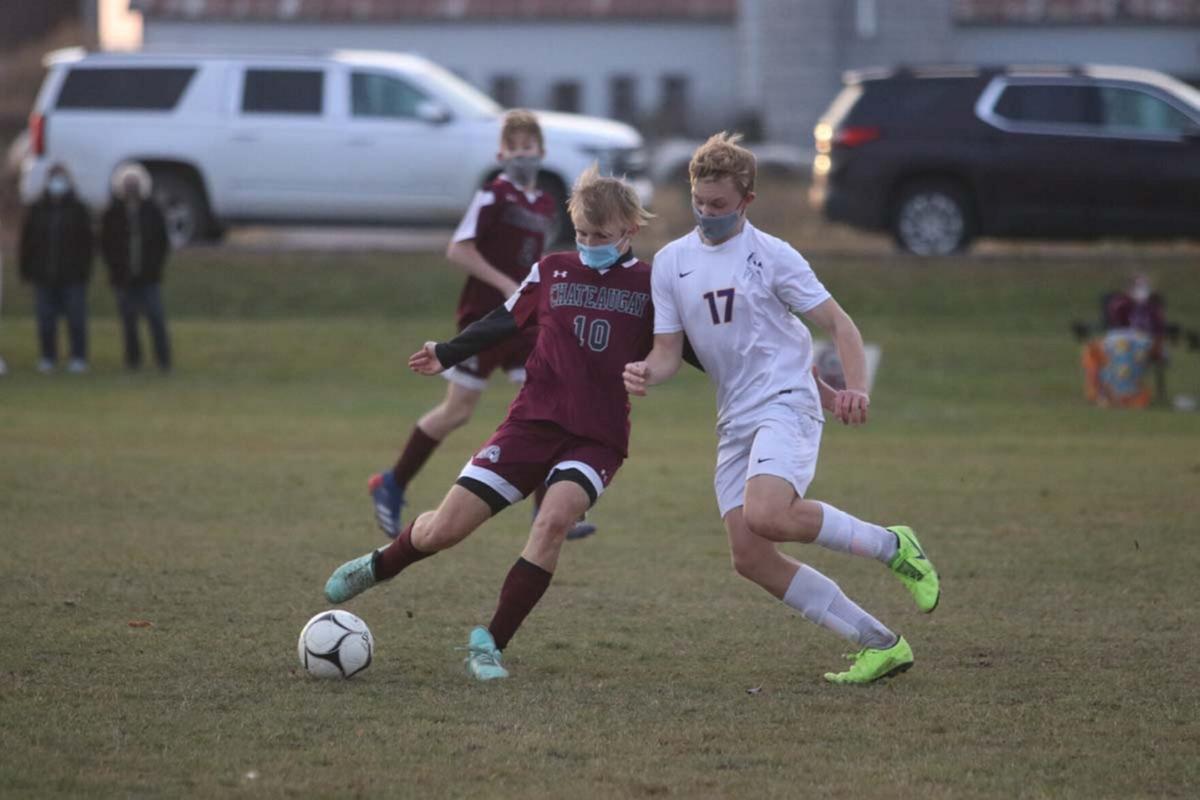 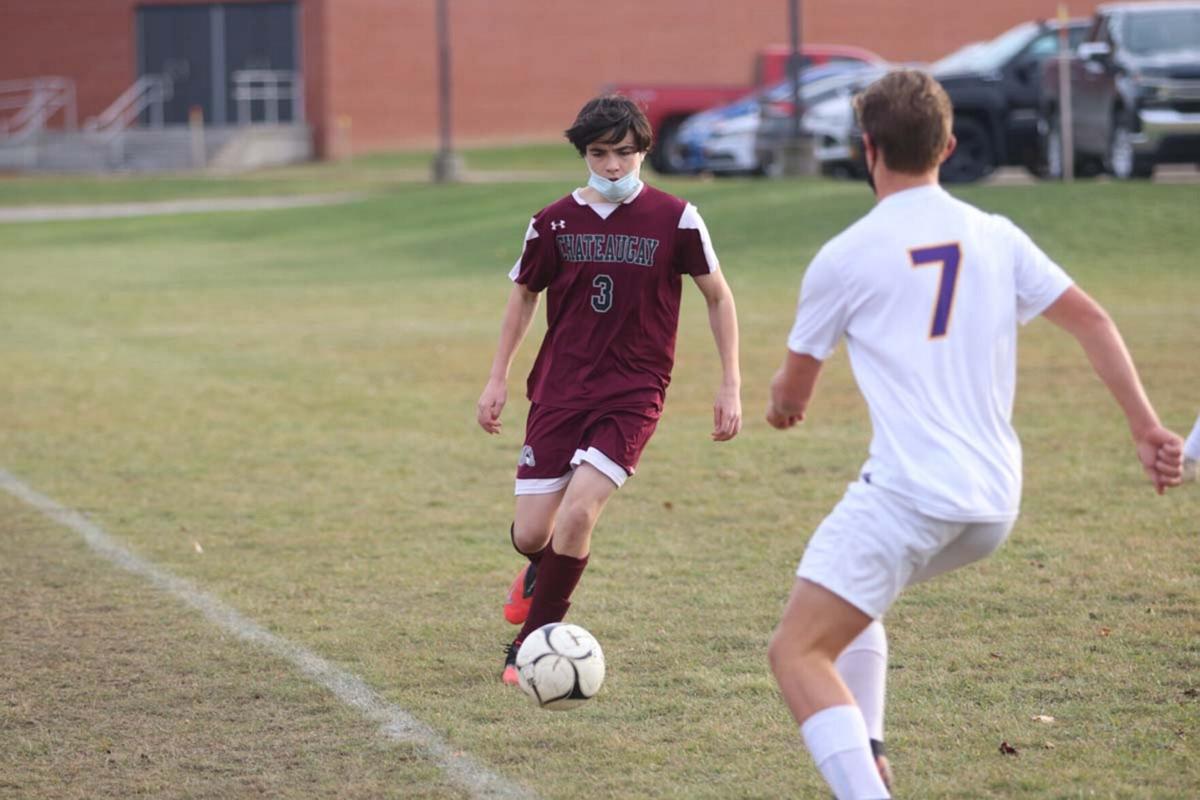 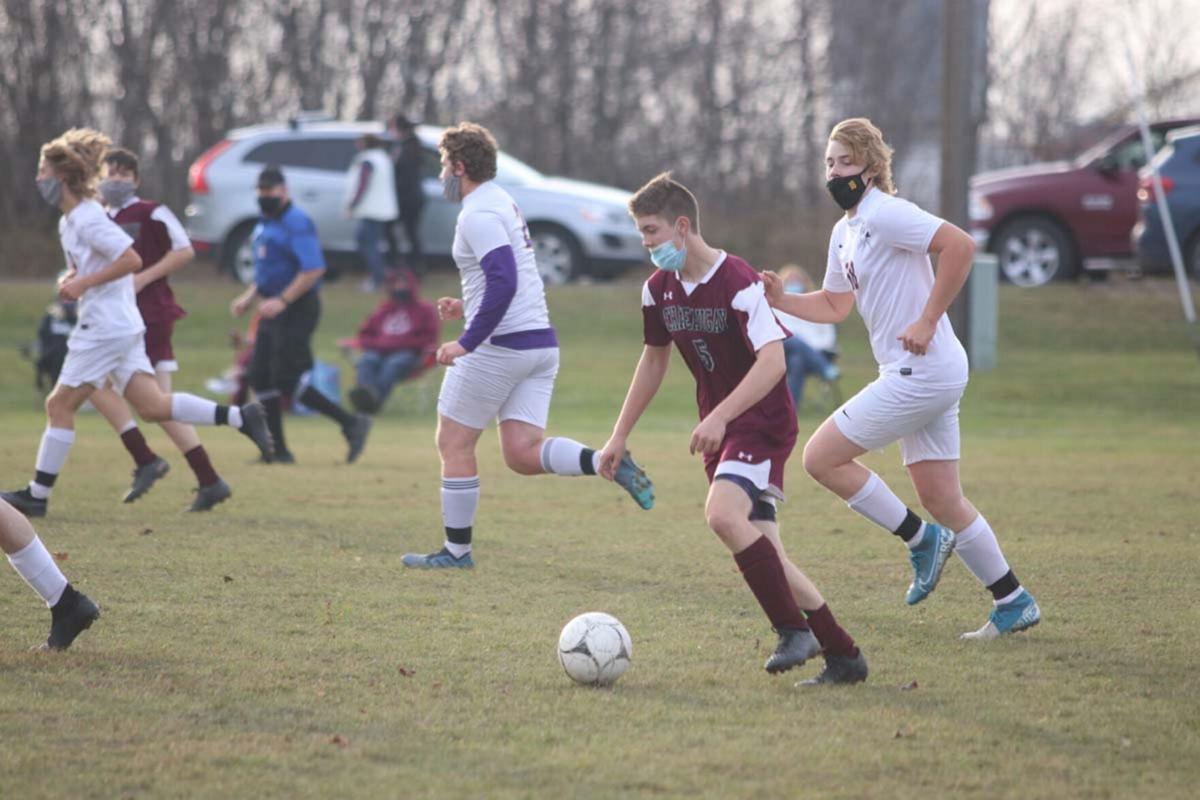 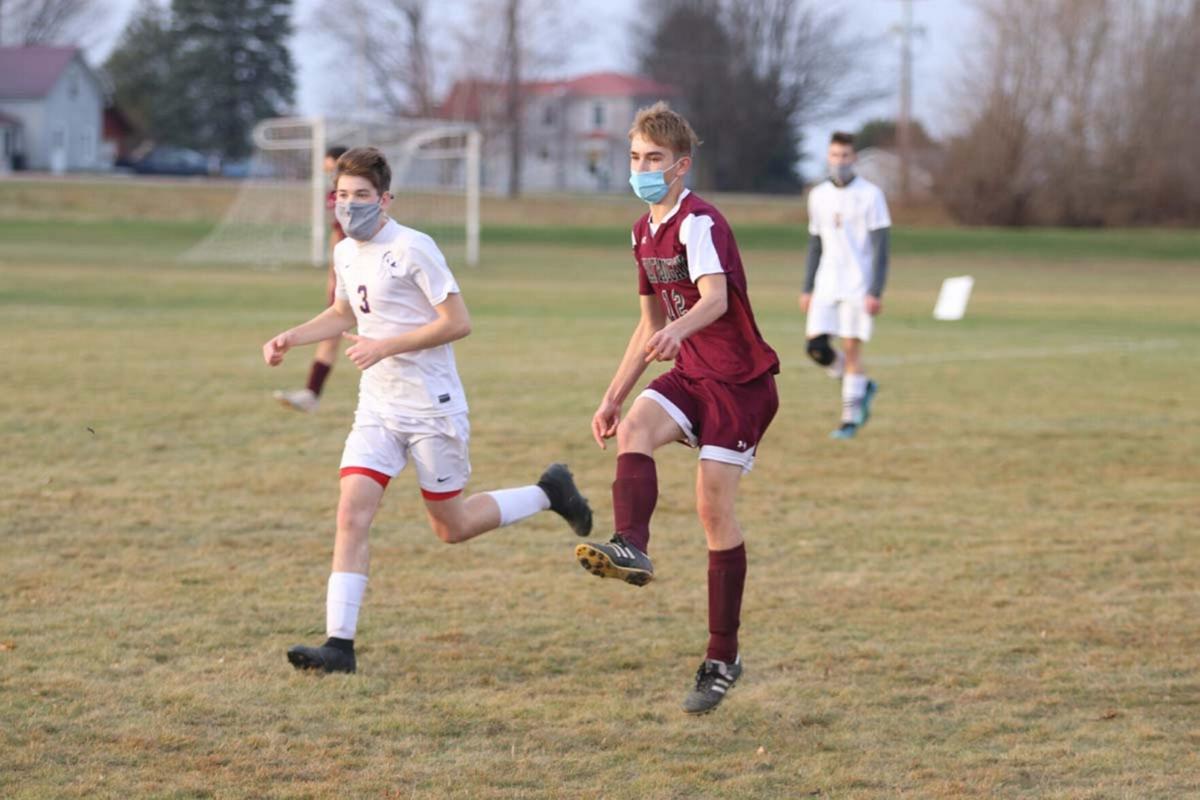 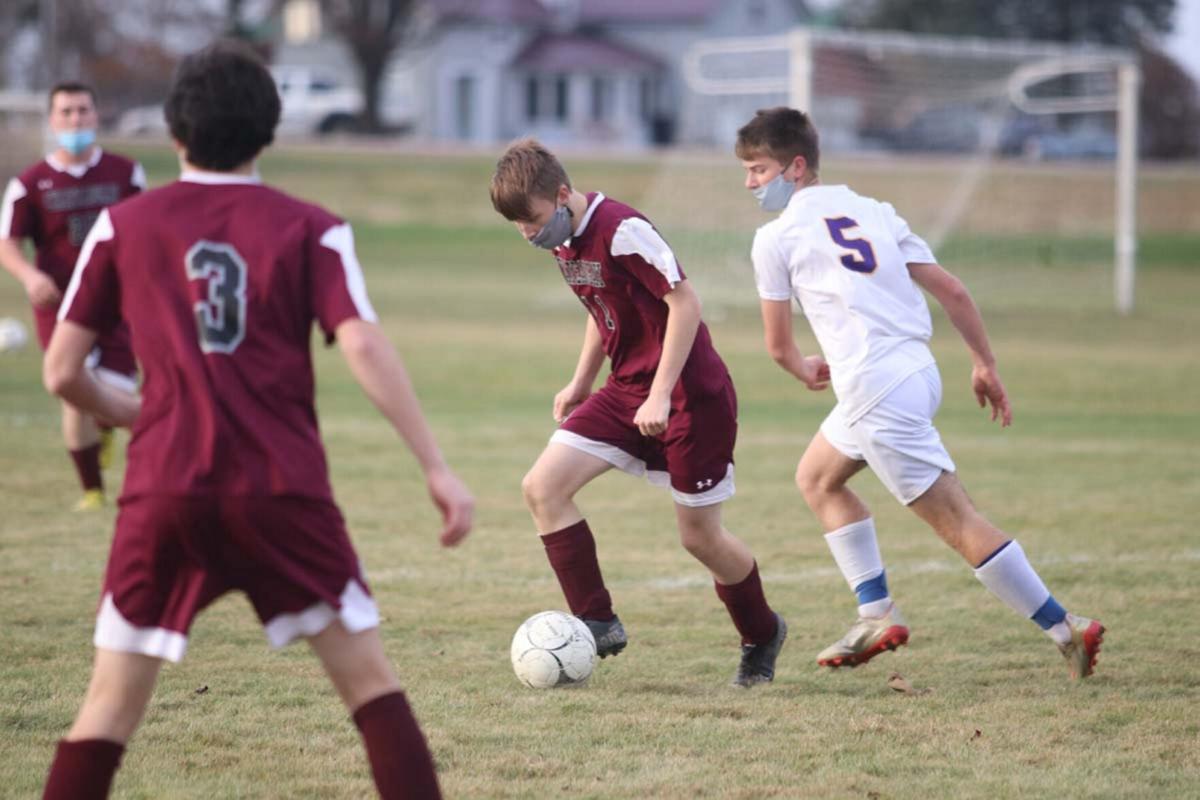 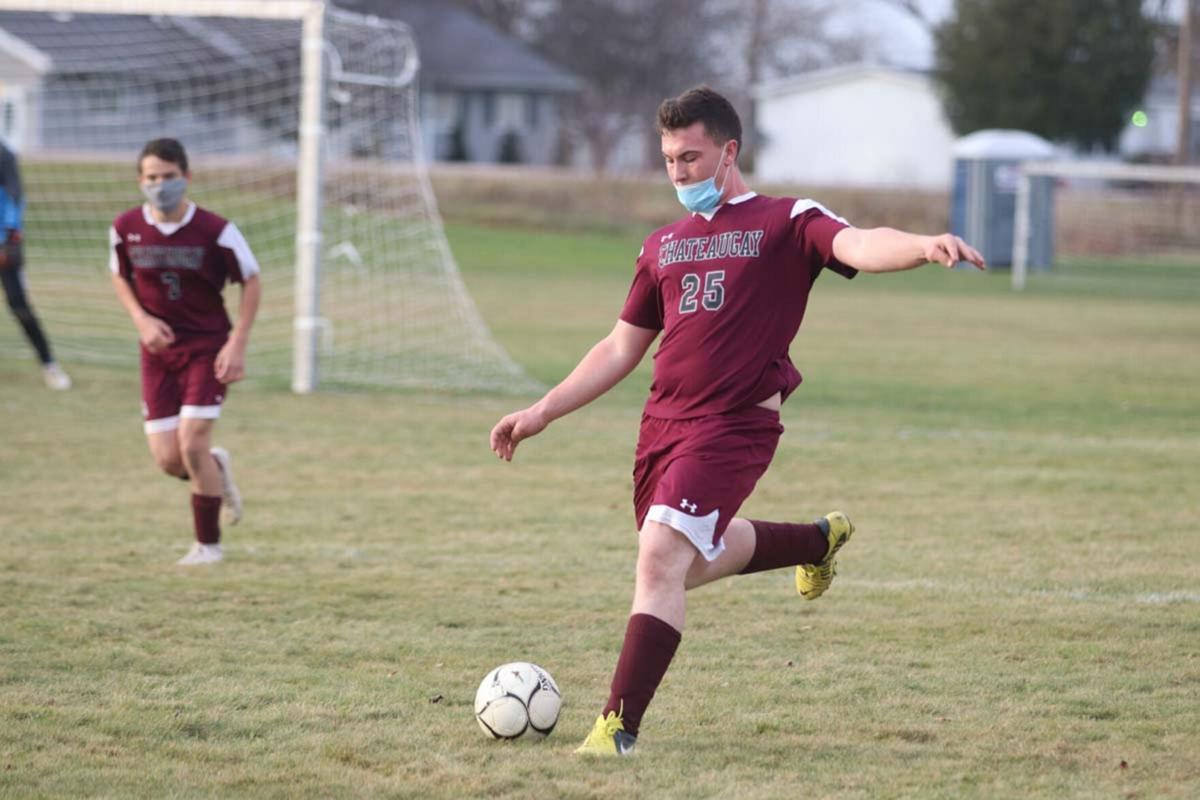 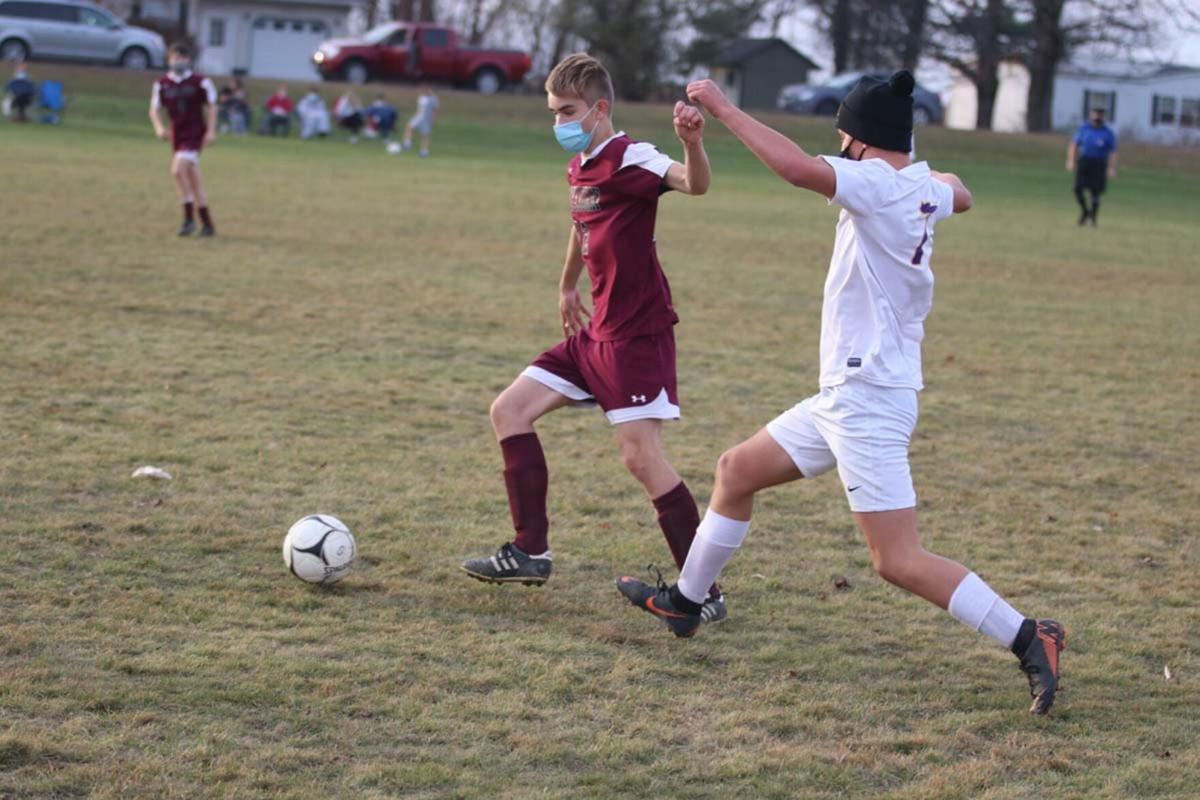 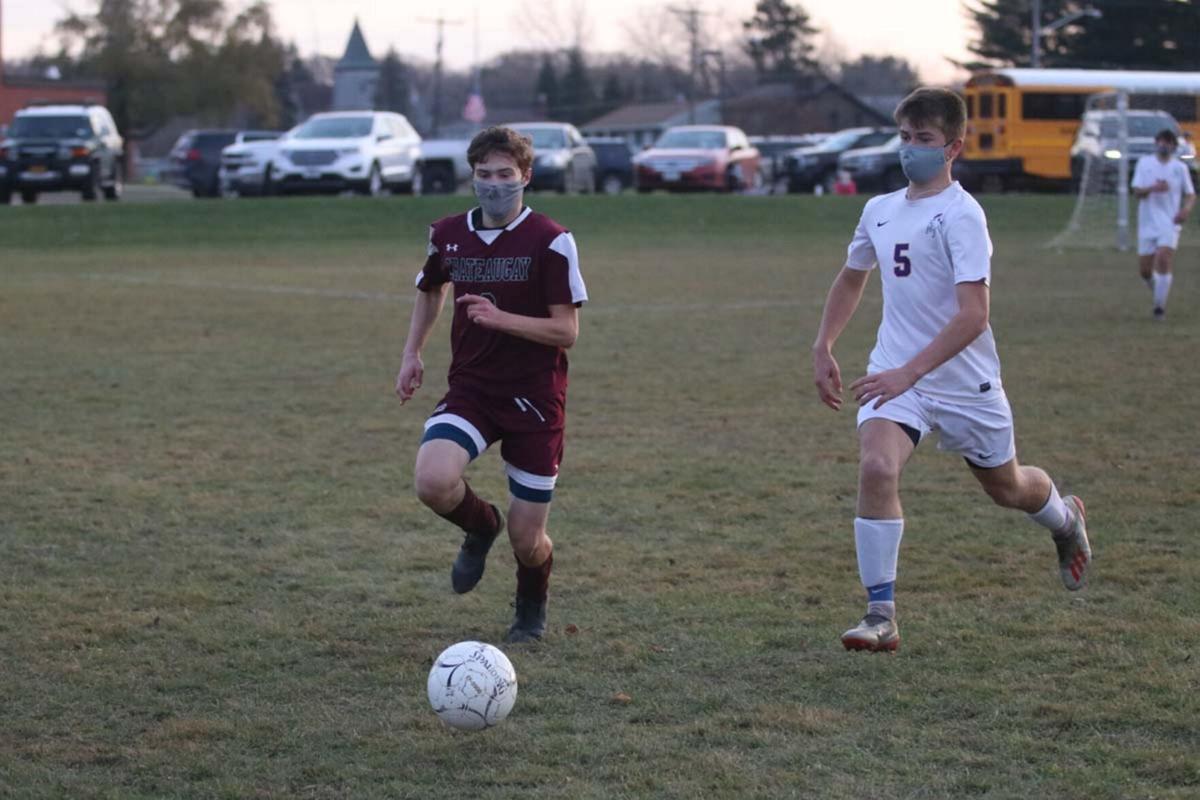 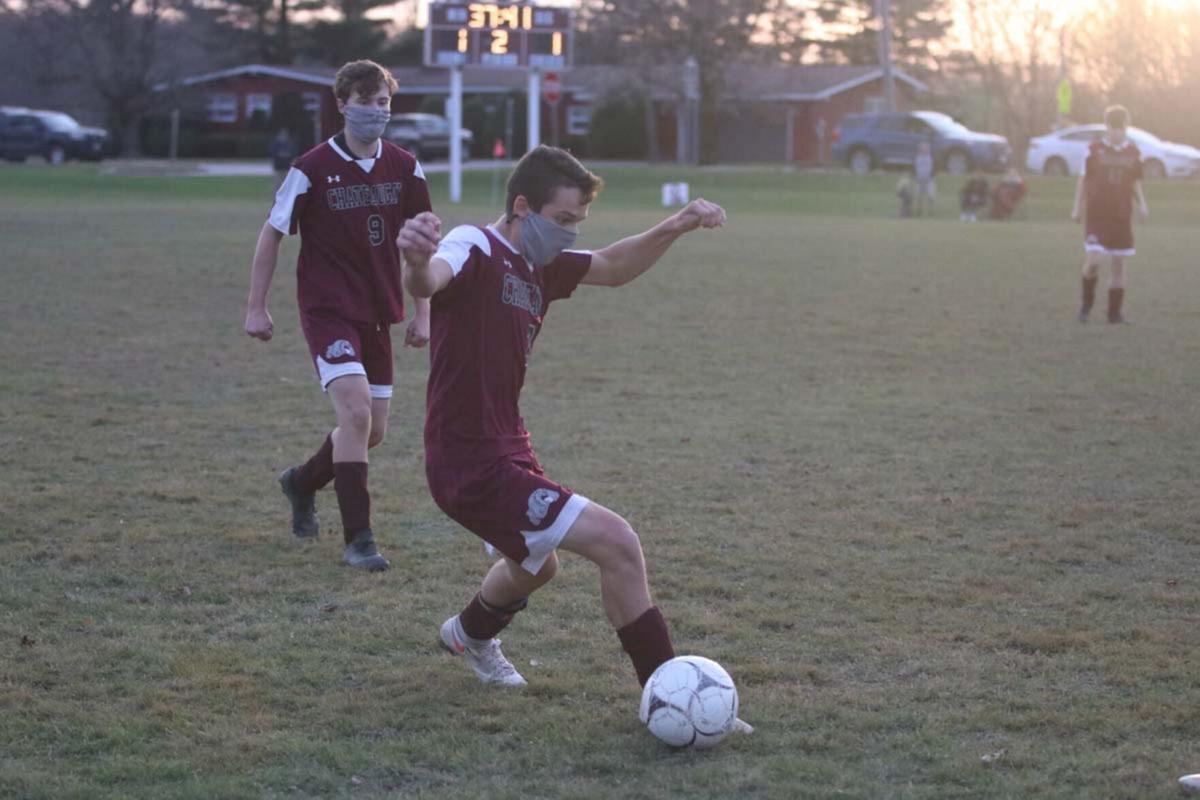 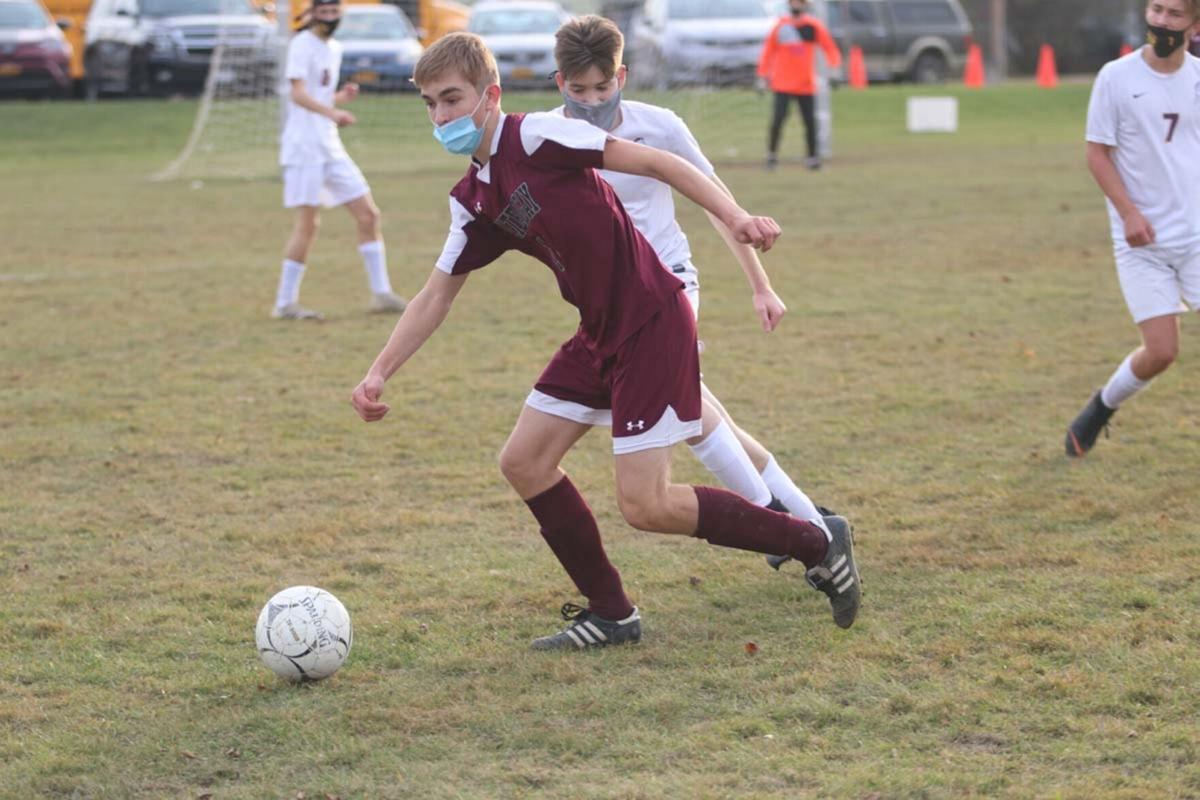 CHATEAUGAY – Coming out of an injury timeout, the Colton-Pierrepont boys soccer team stunned Chateaugay with three goals in a little over a minute early in the second half.

After a roughly 20-minute wait period for an ambulance, the Colts took the field and fired on all cylinders.

“I saw them come out with a lot of intensity after that,” Bulldogs coach Ted Martin said. “The first goal kind of shocked us.”

Colton-Pierrepont’s Cody Francis broke a 1-1 tie in the 45th minute by poking in a ball past Owen Rockhill (four saves).

Aiden Hoose, who assisted Francis’ goal, found Oliver Johnson over the middle for a score immediately after on the next series.

Hoose has been dealing with a bad hip and back, but told Colts coach Bill Reed that he was ready to fill the vacant roll. Not having played a minute prior during the contest, the striker came out and had a hand in all three goals following the injury.

“Once I had him in the game I had a little more athleticism up front, and I think that’s what did it,” Reed said. “It opened up the door for us.”

Hoose soon found the net himself, establishing a 4-1 final over Chateaugay on the road.

“I think we were still in awe after they put the second one in,” Martin said. “With the momentum swing, our kids were just – we were caught with our pants down. I don’t think we were expecting them to come out so strong.”

Johnson scored the first goal of the game after Alex Stout (eight saves) met him in front of the net to snatch the ball. Johnson worked the ball around Stout for a go-ahead goal.

From there, the Bulldogs flipped a switch and slowly gained traction in all phases of the game.

“Just the transition,” Martin said on what was clicking for his squad. “Working the ball through midfield, getting it behind the defense and getting service into the net. We generated lots of opportunities. Our finishing could be better – we wouldn’t be down so much.”

One such opportunity did have a strong finish.

Lucas Monette connected with Tyson Beaudin in the box, and the latter banged in a shot past Colts goalkeeper Harlee Besio (six saves) to tie it up with 4:33 left in the first frame.

It wasn’t just Chateaugay’s offense that started to find its spark. The Bulldogs’ back line disrupted Colton-Pierrepont’s forwards on several occasions. There were various drives on the flank that ended with Chateaugay regaining possession and pushing the ball back to midfield.

“I was a little disappointed in our offense in the beginning of the game,” Reed said. “I thought we carried the tempo for the first 15 or 20 minutes, and then in the second half (of the first frame), Chateaugay took it to us.”

The Colts had good looks in the first half as well, but the capitalization came after both teams had time to cool down.

“We had some missed opportunities and I thought if we could get the next goal, they would come because that’s the way my team has worked all year,” Reed said. “They seemed to work harder after we get a goal and things seem to work a little bit better and gel for us.”