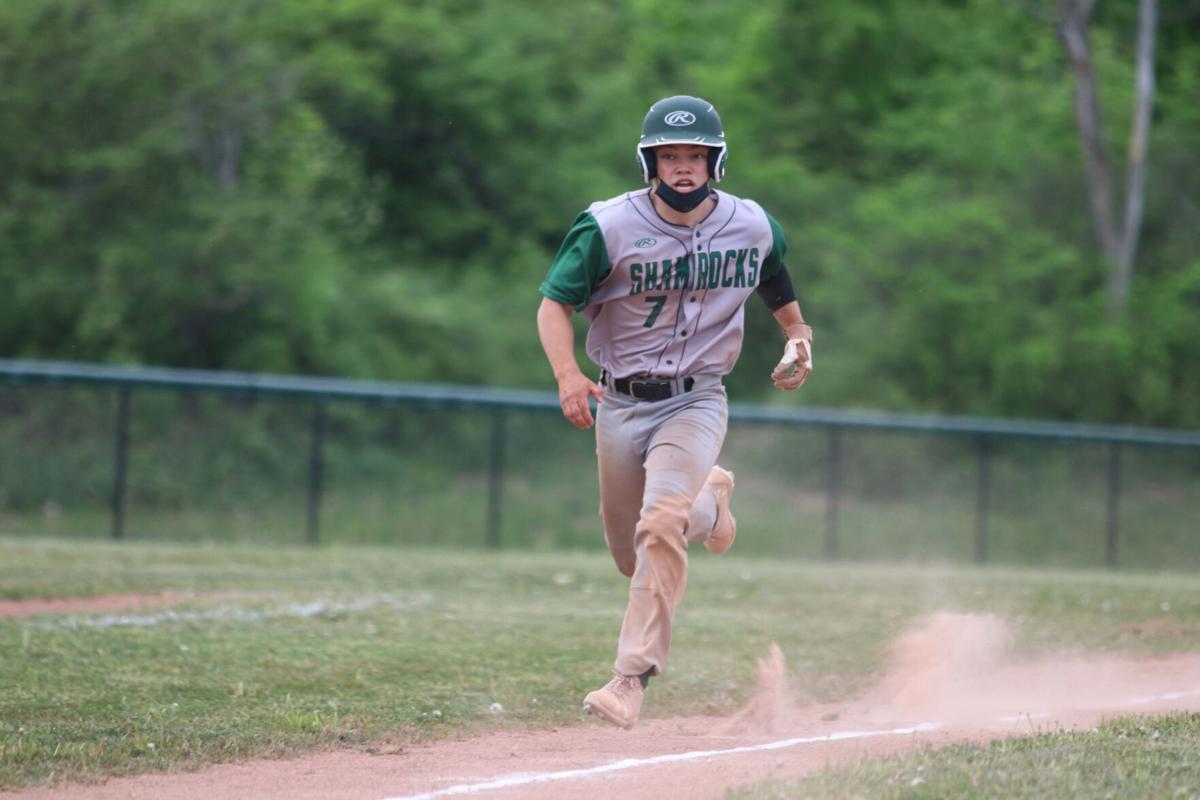 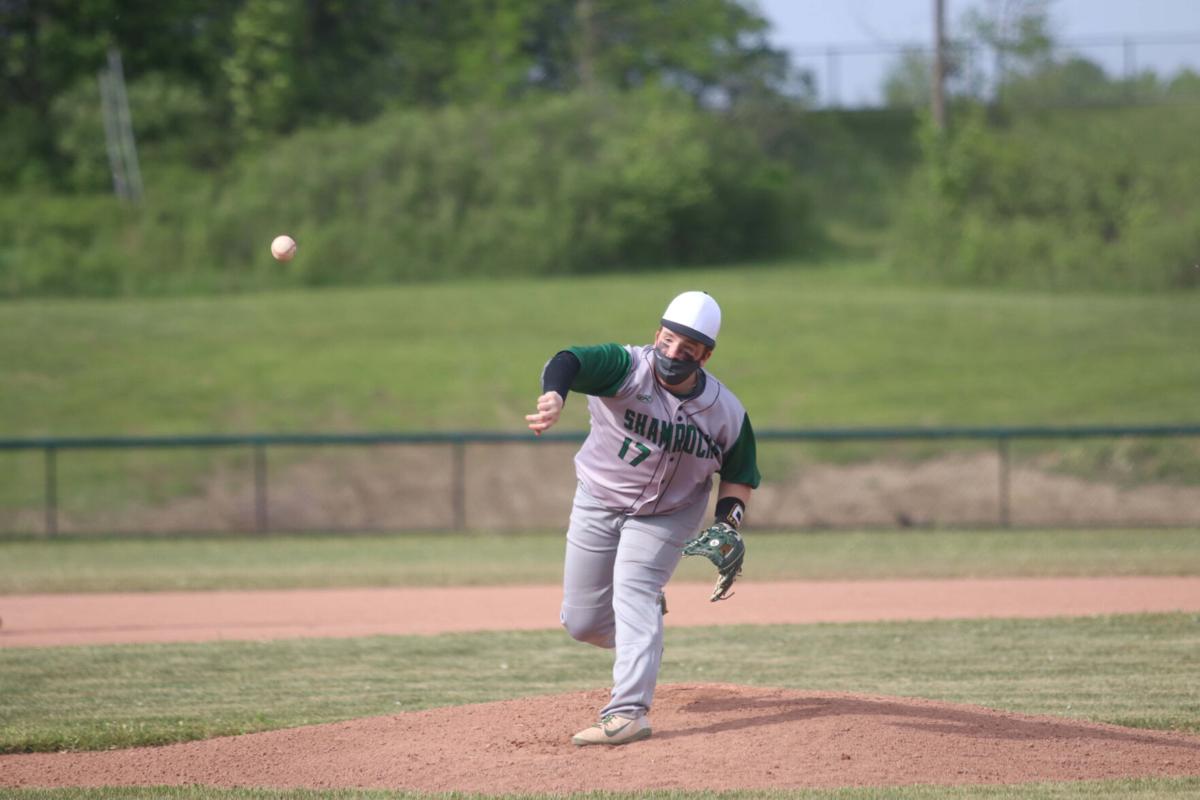 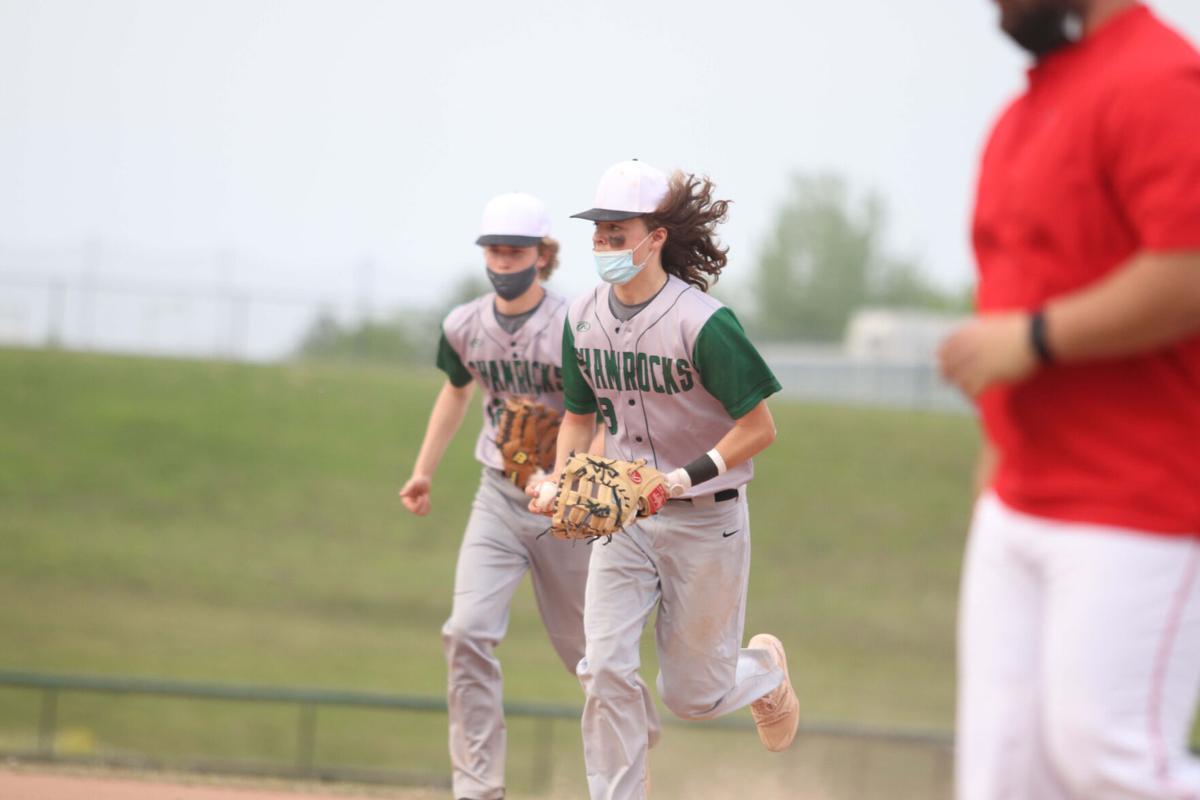 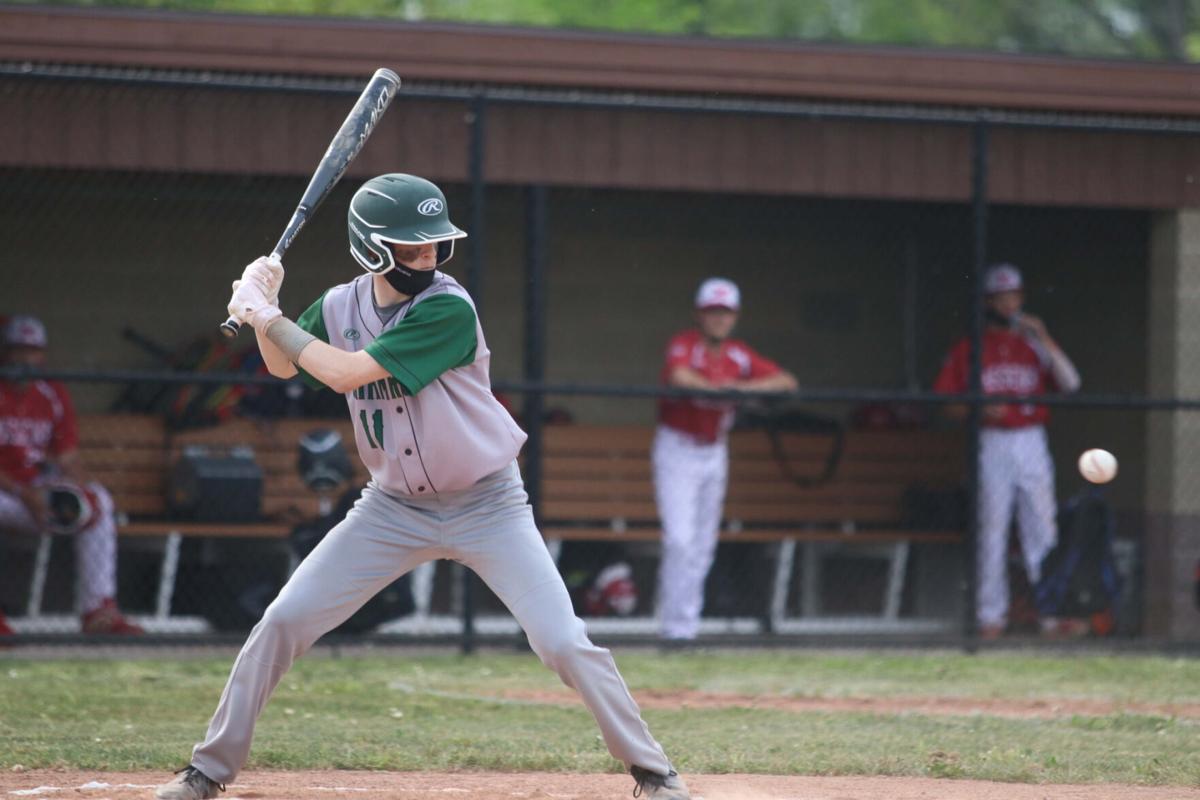 FORT COVINGTON – With PJ Ghostlaw on third base, senior shortstop Chase Lewis stepped up to the plate in the bottom of the fifth. Lewis grounded out to first base, but the play brought Ghostlaw home to put Salmon River on the board.

In later innings, the Shamrocks were able to get the bases loaded, if not at least runners on third. It was similar to the late offense generated against Massena in their first matchup of the year on May 6.

Salmon River tried to put something together, down 8-1.

“Well, obviously today it didn’t work,” Ghostlaw said. “We had a good key. Today, we just didn’t rally it together. It happens, but we’ll get ‘em next time hopefully, when playoffs come.”

The Shamrocks fell, 11-1 in six innings at home on Friday. The Red Raiders (7-2) lost in the first meeting of the two via a two-run rally from Salmon River (4-2) in the seventh.

“You look at it, we only had two strikeouts,” Massena coach Greg Paquin said of the Red Raiders’ pitching in game one. “We only struck out twice, we hit a lot of atom balls. Today, David (Dubray) on the mound – it’s a different story. You’re not really too worried about any big comebacks or stuff like that once you get a lead and hopefully play some decent defense.”

Dubray started on the mound over Ethan Firnstein and pitched all six innings, striking out nine batters and walking two.

“I’m pretty sure other teams kind of fold when he’s on the mound, but all my players stepped up, at least put something in play,” Shamrocks coach Nicholas Yachetta said.

Luke Miller made crucial plays deep in center field, and hit a triple in the bottom of the third to give the Shamrocks a spark of life on offense.

Salmon River wasn’t able to build off of it, however.

“We build a lot off momentum. If one guy is up and the next guy fouls, we usually jump ship and follow momentum,” Yachetta said. “If we do end up scoring, it’s not just one run, it’s usually two or three runs in an inning, based off the energy from the guys.”

After a scoreless second inning, the Red Raiders reached the end of the fourth with a 5-0 lead. From there, Massena drove in three more runs in the fifth inning.

END OF 4: Massena 5, Salmon River 0Kade Cook hit a double and eventually found his way to third, but the Red Raiders once again make it out of the inning. pic.twitter.com/zJl0kztgfK

Dubray had three RBIs to run up the score in the final two innings.

“We like to be aggressive on the base pads, I like to do a lot of hit and run stuff and get the guys up and moving, and get the momentum out,” Yachetta said. “Today, Massena just hit the crap out of the ball.”

The Red Raiders made timely walks in the first inning, but made the hits when they liked what they saw coming their way.

“We’ve been on a bit of a tear hitting lately,” Paquin said.

Salmon River will look to keep up with the Northern Athletic Conference Central division when it hosts Franklin Academy on Wednesday. If the Shamrocks gain momentum against the Huskies, they’ll look to build from it, inning by inning.

“Today,” Yachetta said, “we didn’t have that momentum from the start of the game.”