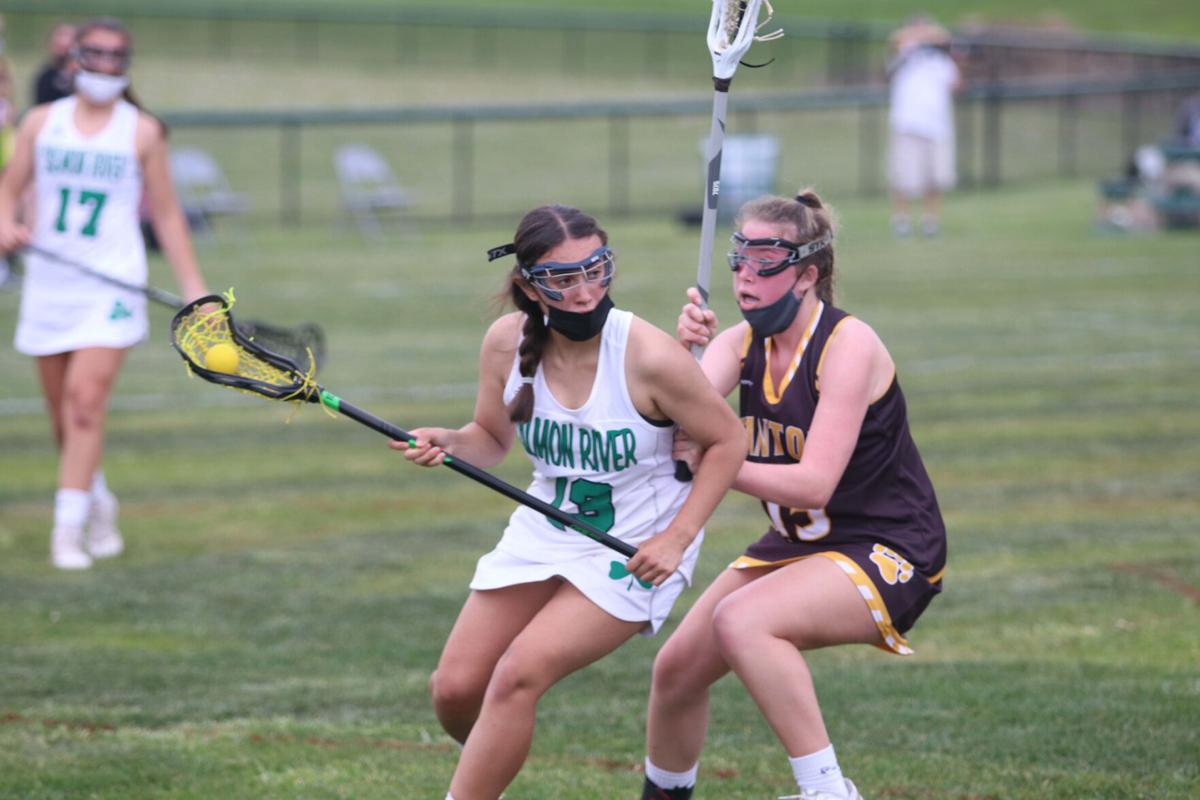 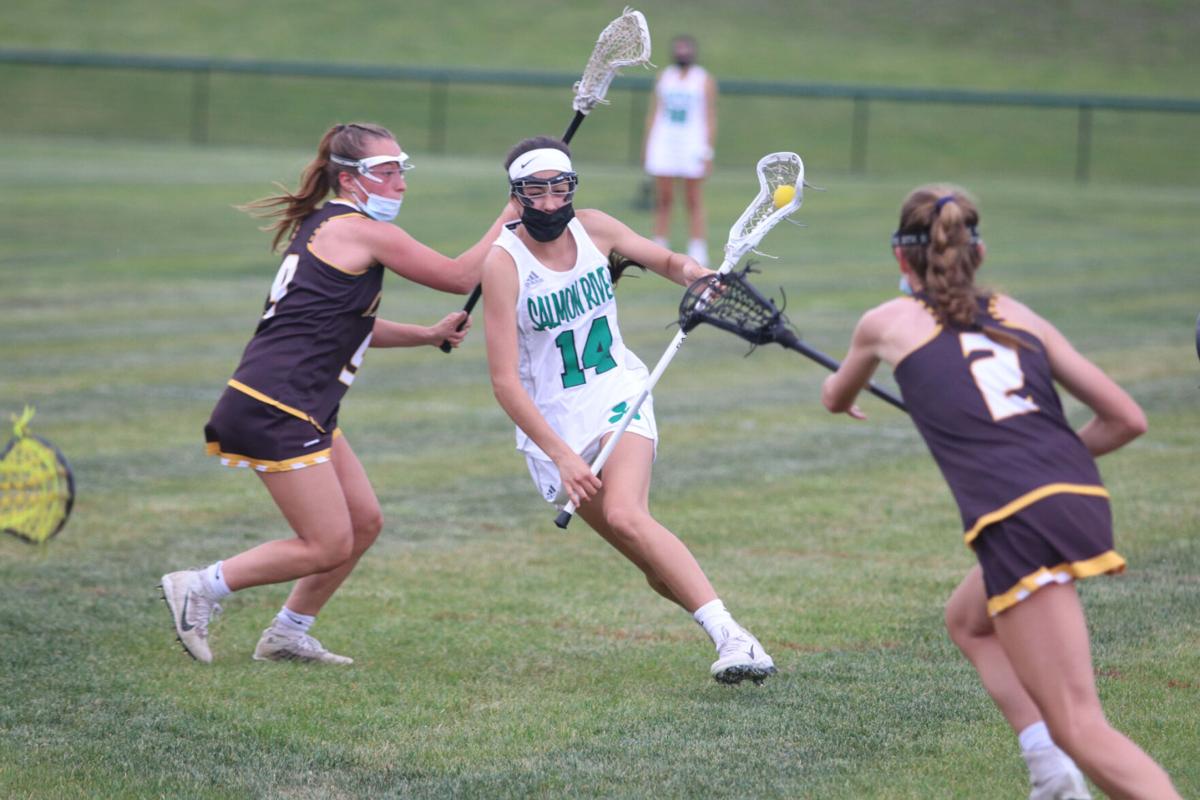 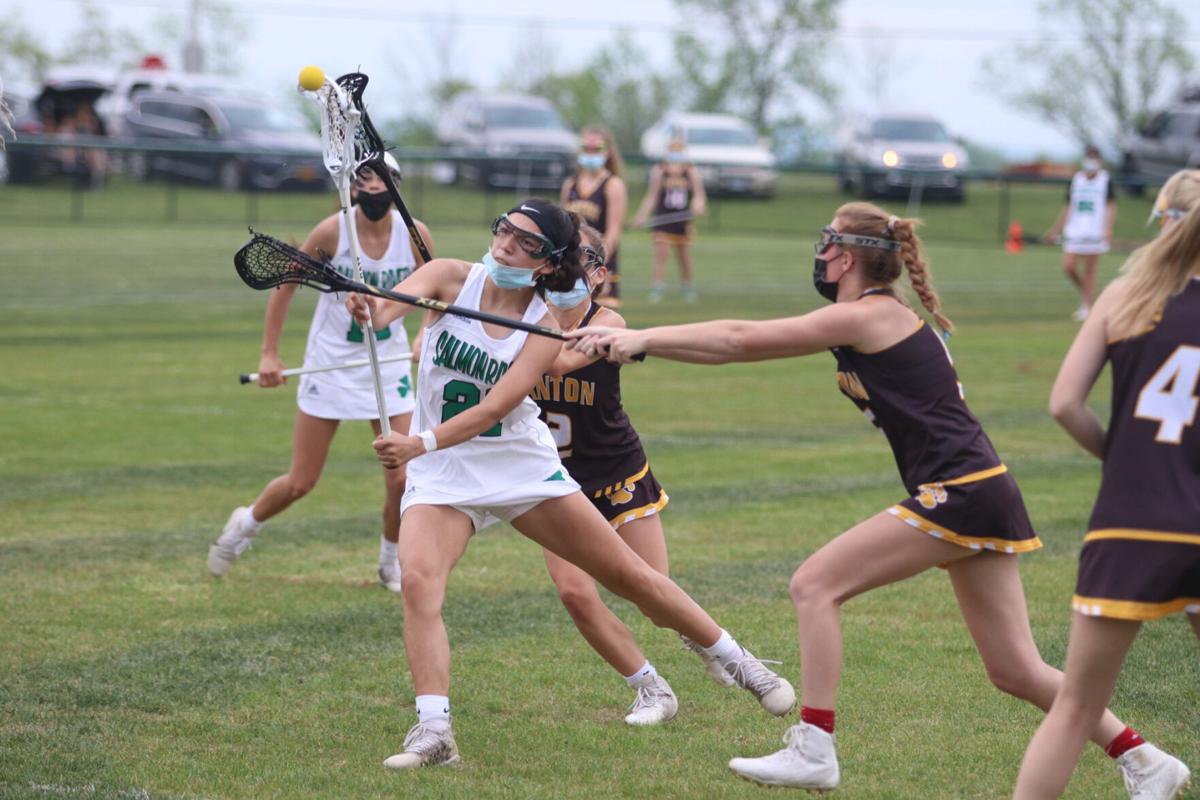 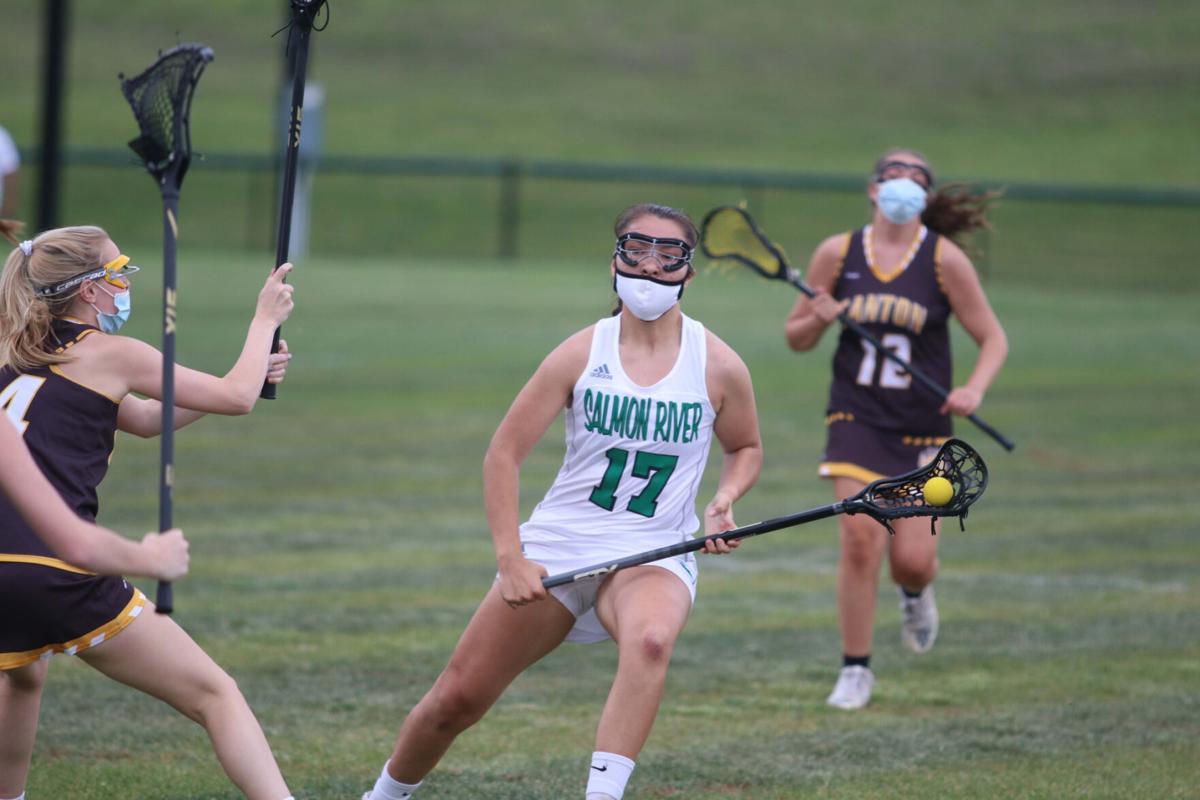 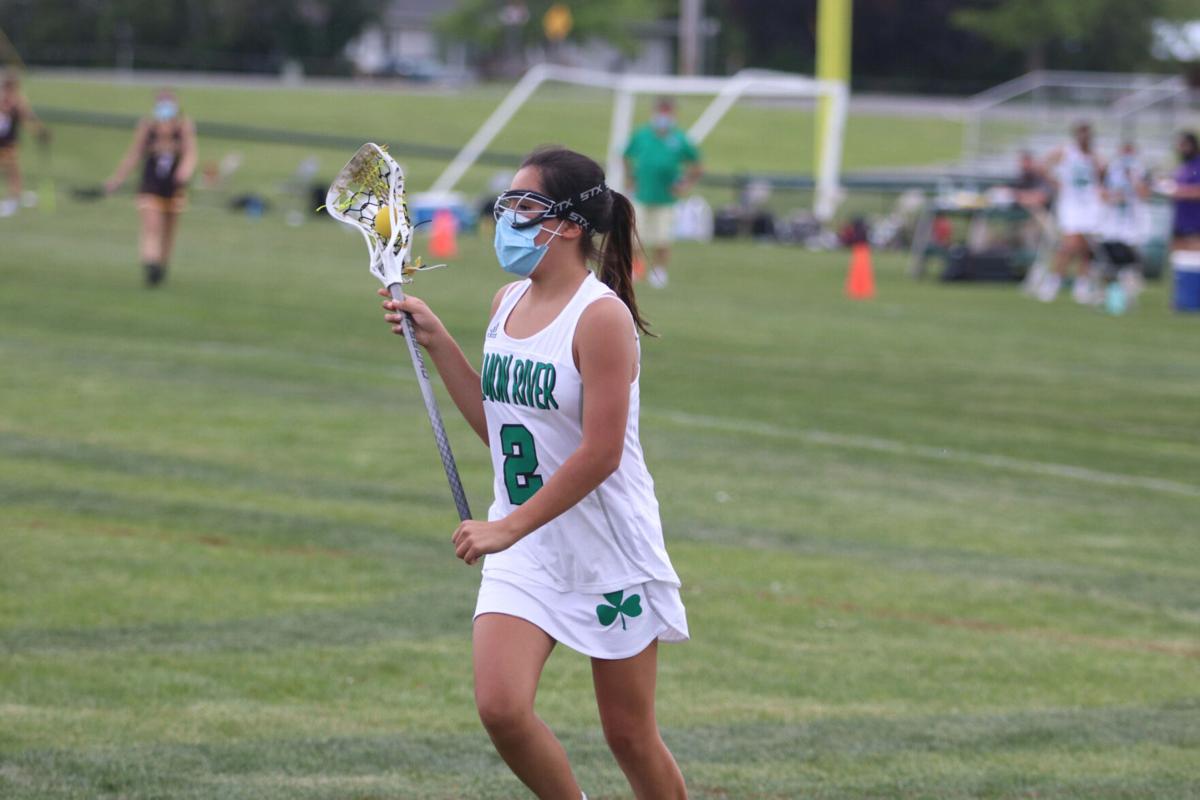 FORT COVINGTON – Canton girls lacrosse knew it was about to go up against the giant. Salmon River was, after all, the only other Section 10 team without a divisional loss.

“I think it was hard walking into it, because we haven’t seen a team of that caliber yet,” Golden Bears coach Murphy Newman said. “I think we walked in with a lot of nerves, but now we know what we need to do for next game to prepare. I think we’ll have a little more confidence and be ready to go.”

The Shamrocks remain the only squad left without a divisional blemish, having downed Canton 23-13 at home on Thursday.

Kendall Jock, Ariyah LaFrance and Kakwenies Mitchell all added a goal each.

“Not to take anything away from Canton, but I knew coming into it, we’re strong,” Shamrocks coach Ron LaFrance said. “We’re very strong, and we put up six goals in what, five minutes?”

Salmon River flew out to a 6-0 lead early on before sophomore midfielder Etta Coburn put the Golden Bears (8-2, 8-1) on the board with a free position goal.

After two more goals from the Shamrocks, Coburn found the net again unassisted. Coburn put away a game-high seven goals on the night.

“Etta and her sister (Vivian, one goal) are good, don’t get me wrong, but our defense shut them down in the first half,” LaFrance said.

Haley Stevenson scored a hat trick for Canton. The Golden Bears also found a pair of goals from Hannah Reed.

Both teams found plenty of free position opportunities, and often capitalized on the chances given to them at the net.

HALF: Salmon River 14, Canton 5Good amount of free positions this game, Coburn scored a hat trick for the Golden Bears off a feed from Vivian Coburn right before the break. pic.twitter.com/6QgkcZOS38

Canton came out of the half with back-to-back goals to cut their deficit, 14-7. From there, Salmon River responded with four-straight, two from Cook – one off a free position.

“We just had to come out confident,” Cook said. “We know some of the girls that play on the team, so we kind of know what they have. But other than that, we all came together as a team and figured out a game plan to shut them down.”

Cook again, that’ll be a hat trick for her on a free position. Salmon River leads 18-7. pic.twitter.com/ROl5UjVR5e

For the most part, the Golden Bears were certainly shut down. That is, before they began to chop down the giant with five straight goals to halt the running clock.

“I don’t know what happened in that second half,” LaFrance said. “We weren’t sliding as well as we should have, our defense wasn’t talking. And I mean, when you got point blank shot, you got a 90% chance of burying it every single time.”

When Stevenson scored a goal to pull away, Canton responded with one. The Golden Bears went down fighting, in every sense of the word.

“They had a really good attack, and they knew how to control it,” Cook said. “They had a system going that other teams really didn’t. They’re one of our biggest competitors.”

The cushion created by Salmon River’s defense early game proved to be the difference. That, with four saves in net by Kimora Swamp.

Sarah Rodee made 12 saves inside the crease for Canton.

For the first time all season, a team was able to score double-digit goals against the Shamrocks and halted the running clock that comes in play on 10-goal deficits. No other team has been able to put up the fight the Golden Bears did.

“We have a young team who hasn’t faced that high-level play yet,” Newman said. “I think it was just getting in the groove of it and coming out strong in the second half knowing what they’re going to do, and picking it up and matching their play.”

With the win, Salmon River officially sits atop of the Section 10 standings.

“We’re going to go back to practice,” Cook said, “figure out what we can do better and keep working hard.”