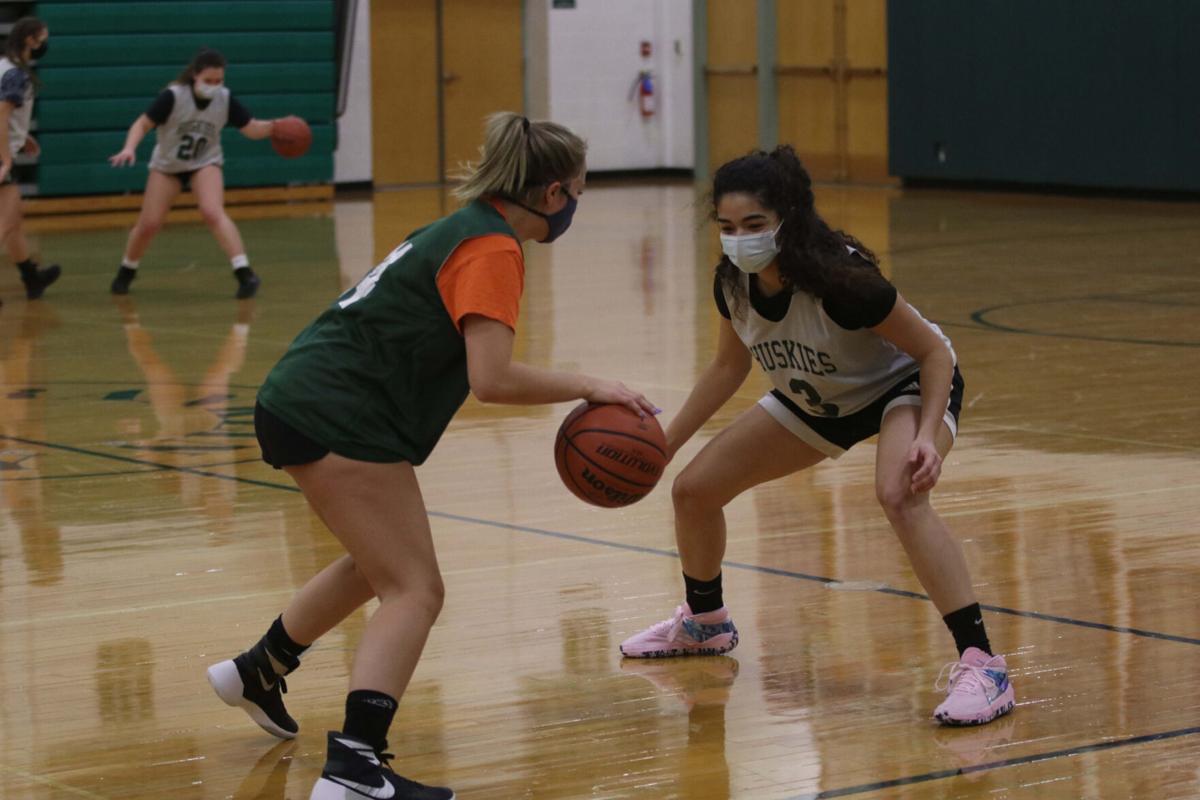 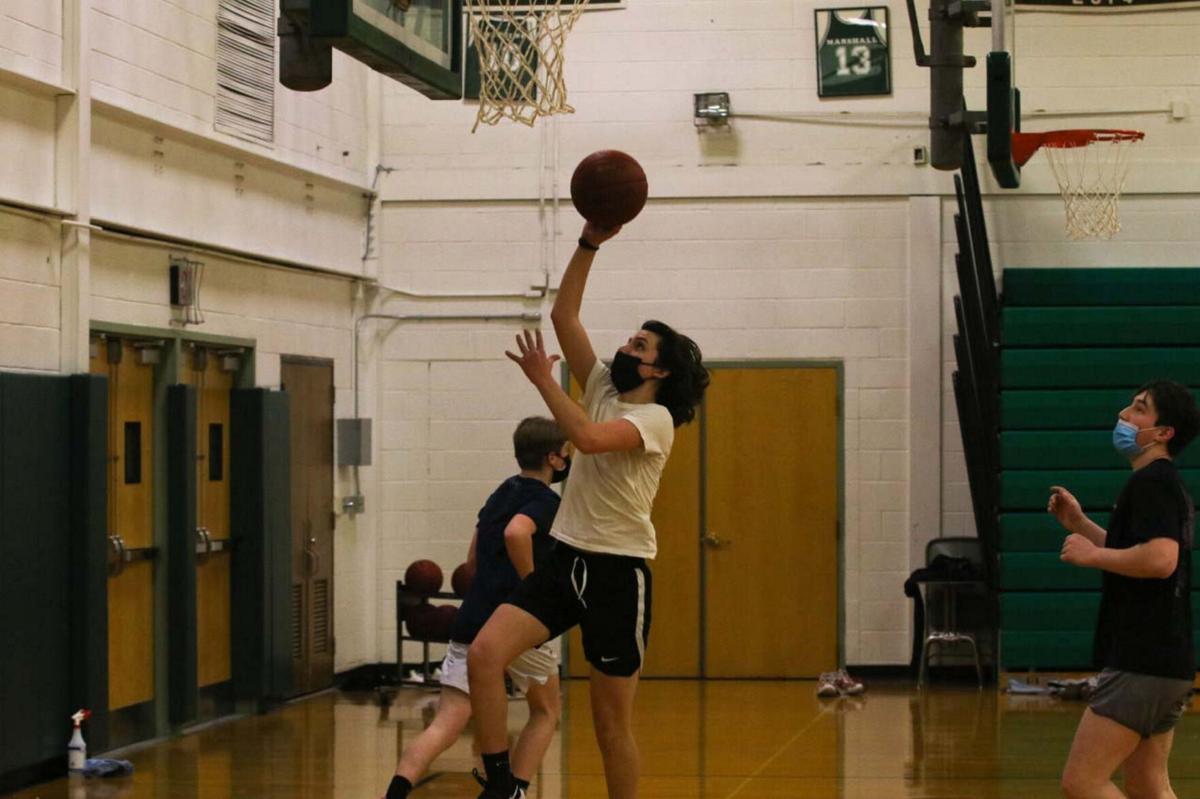 For the first time in nearly a year, the Franklin Academy boys basketball team opened up the first night of practices of the season. Evan Wheaton/Malone Telegram 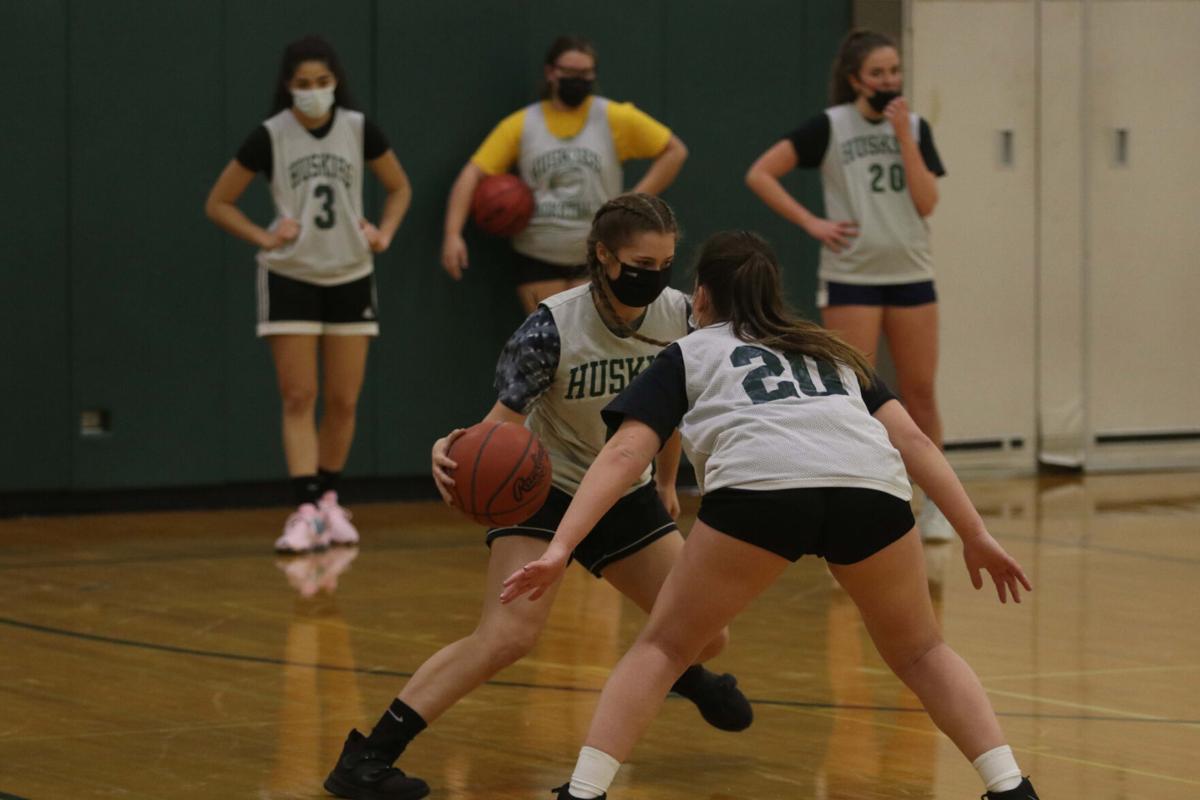 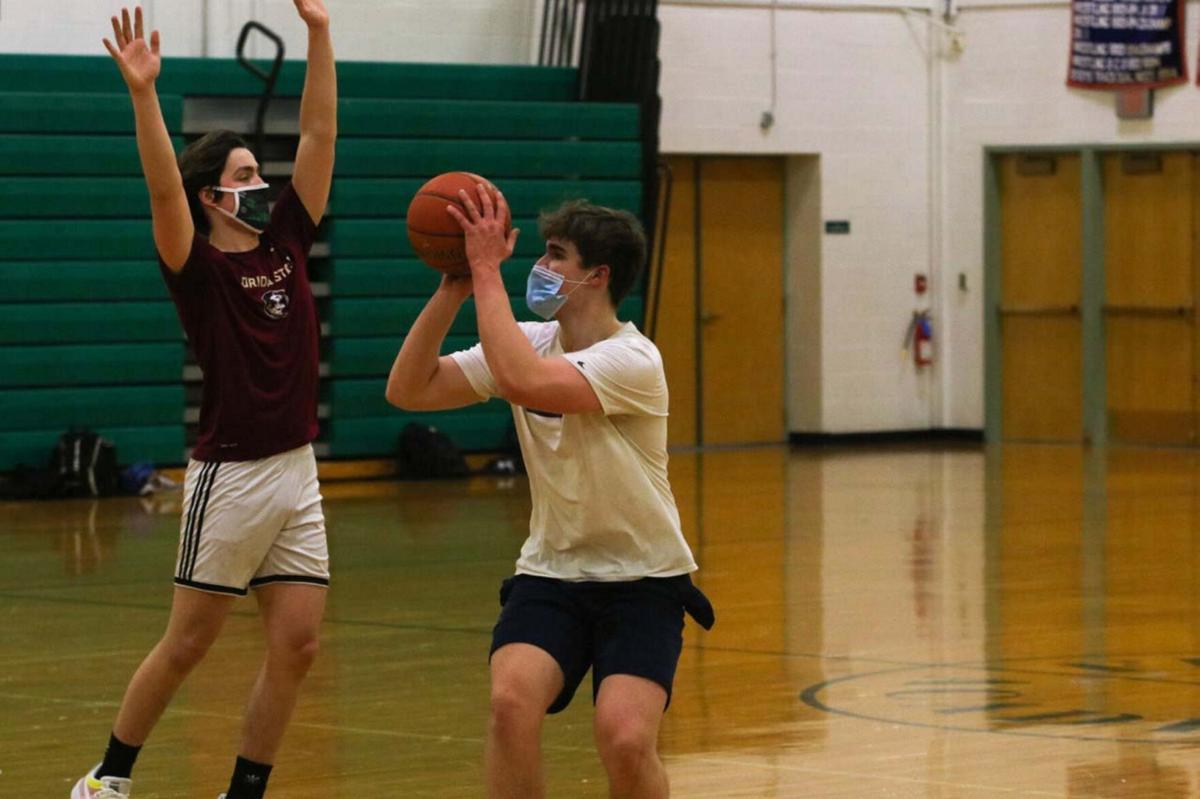 For the first time in nearly a year, the Franklin Academy boys basketball team opened up the first night of practices of the season. Evan Wheaton/Malone Telegram

After nearly a year without basketball or hockey in Section 10, Franklin Academy had winter sports approved. Potential basketball and ice hockey seasons, after much waiting, are just around the corner.

“I never doubted it one bit,” Franklin Academy senior Madison Ansari said. “I was so hopeful, and I’m glad we’re back.”

“It’s not easy, but we’re going to do everything in our power to make sure that we have a great season, and as long as possible a season,” Mathieu said. “We’re obviously following all the guidelines to make sure that happens.”

Section 10 pushed back the fall II season to a tentative March 22 start date. This allows for a micro winter season to be attempted in order to get student-athletes on the court and ice.

As school districts are cleared, it will be a scramble to get in as much winter sports action as possible over the next 30 days.

“It’s challenging to be thinking about starting a hockey season when this is the time of year, you’d normally think about starting a baseball season,” Miletech said. “You’re kind of still engaged in the winter sports. I think the most important thing for us is to finish out this winter season, and have a good season.”

Mathieu added, “You’re talking about taking a three-month season and turning into one (month). Our first week of practice, we had to run through every single system we want to put in place, then it’s game time. You take that regular season and you crunch it down to that one month, there’s a lot of work that needs to be done.

“There’s obviously a lot of precautions we need to take while we’re doing such work, but so excited we’re going to have a season. I think everyone here, the team, the coaches – we all feel fortunate.”

With the lull of sports in the pandemic, the first day of conditioning was felt by many.

“(It’s) difficult with the masks. Definitely been a while since I’ve been that tired,” Ansari said. “I think the masks make it worse because it’s so hot in here. It was pretty bad, but we’ll get there.”

The already drastically cut-down season could end at a moment’s notice. While teams celebrate the opportunity to have a chance to compete, they also know nothing is guaranteed – especially for the seniors.

“Just one day at a time. Don’t really know too much in the future because of COVID, so we’ll take what we have today and see what happens with tomorrow,” Ansari said. “Never take anything for granted.”