You are the owner of this article.
Edit Article Add New Article
You have permission to edit this article.
Edit
Home
News
Sports
Obituaries
Local Living
Society
Opinion
Calendar
Archives
Ads
More
Share This
1 of 9 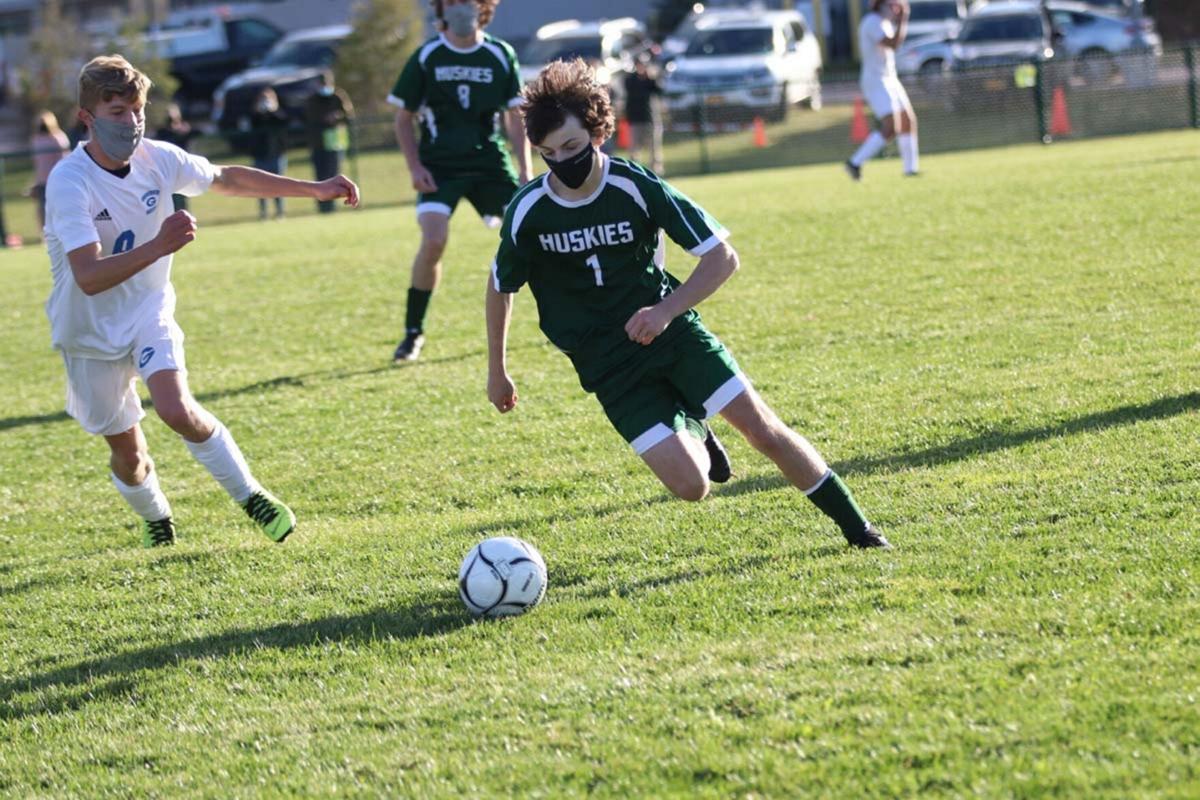 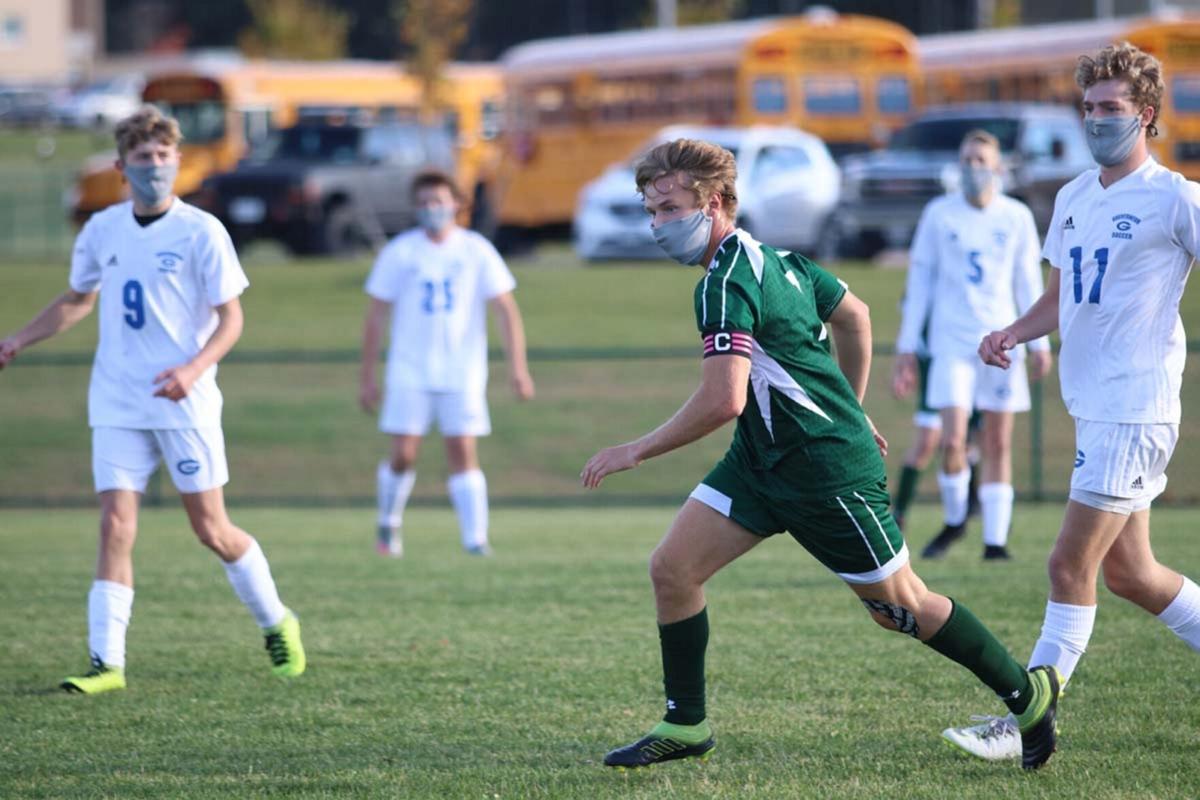 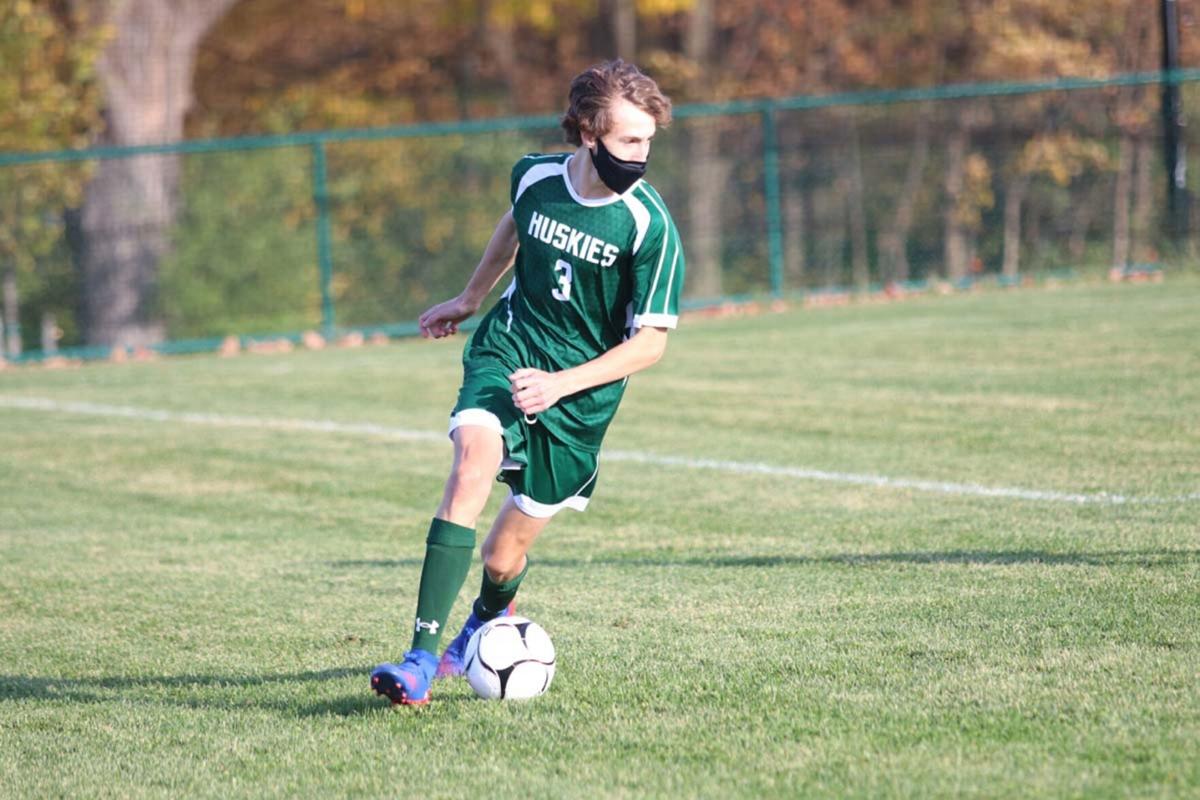 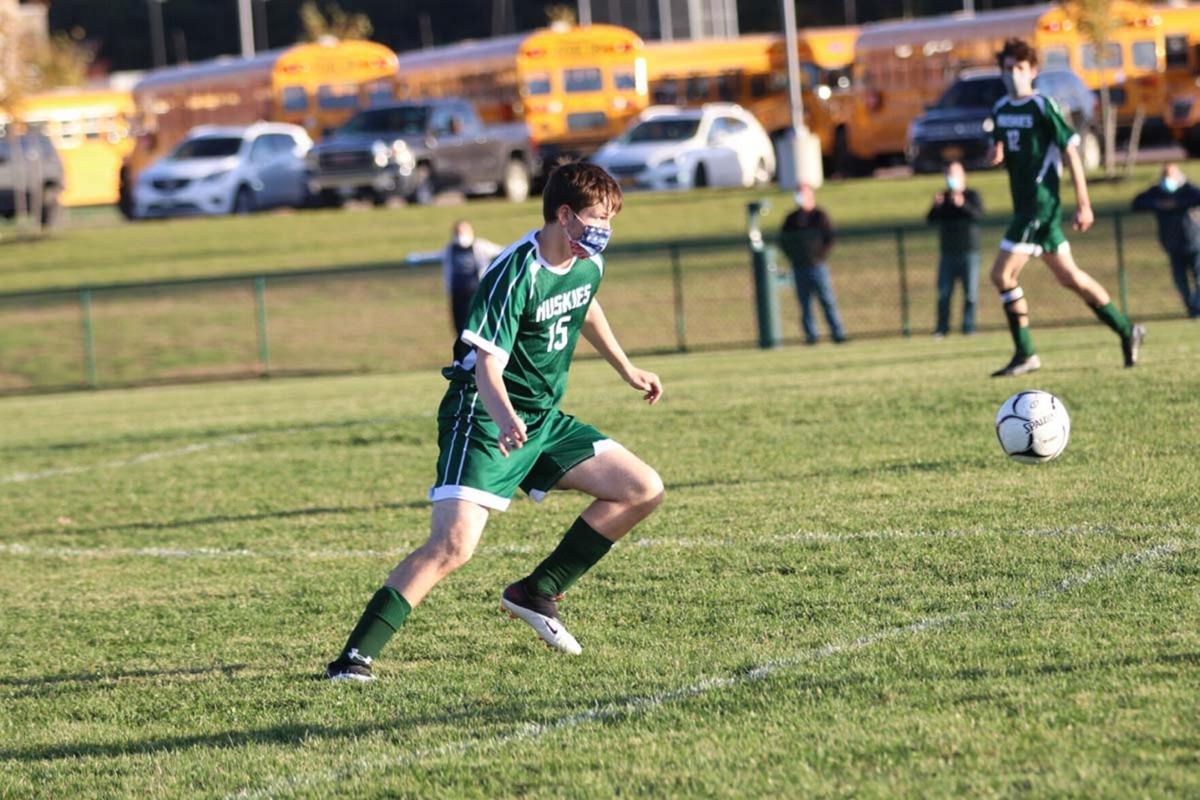 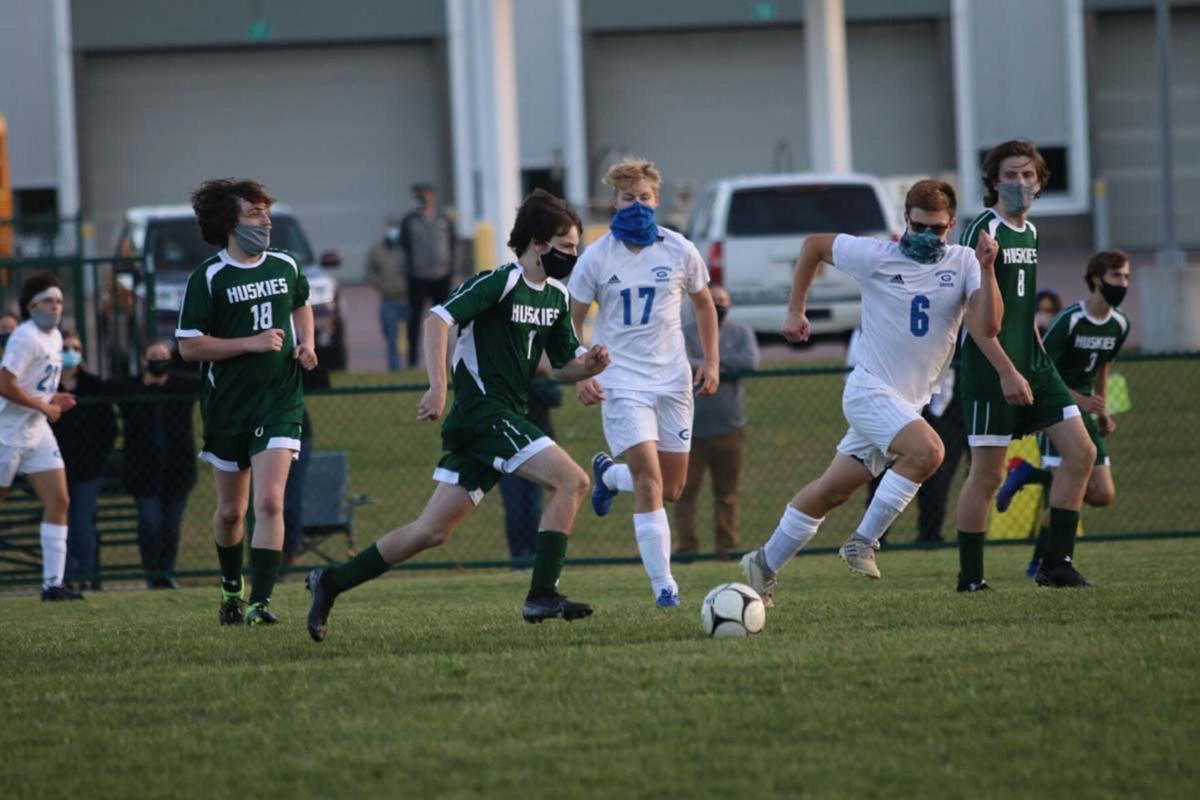 Trent King with the ball at midfield. Evan Wheaton/Malone Telegram 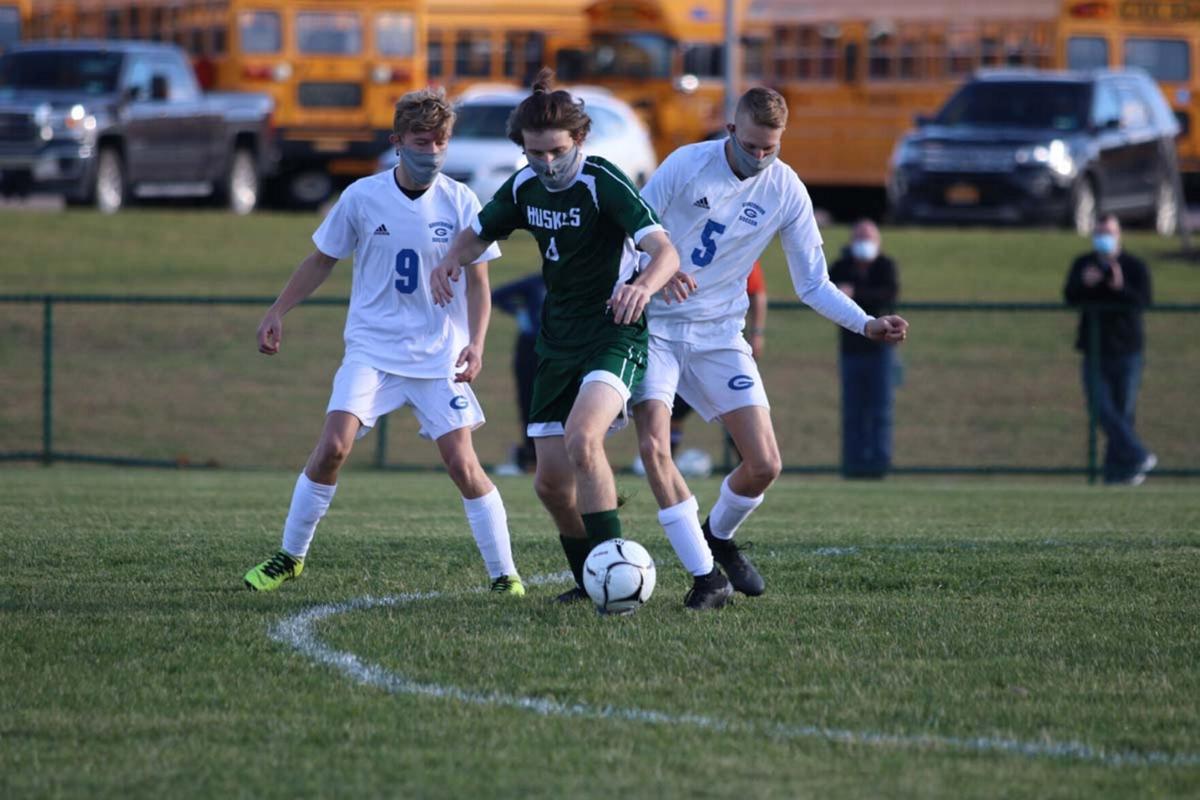 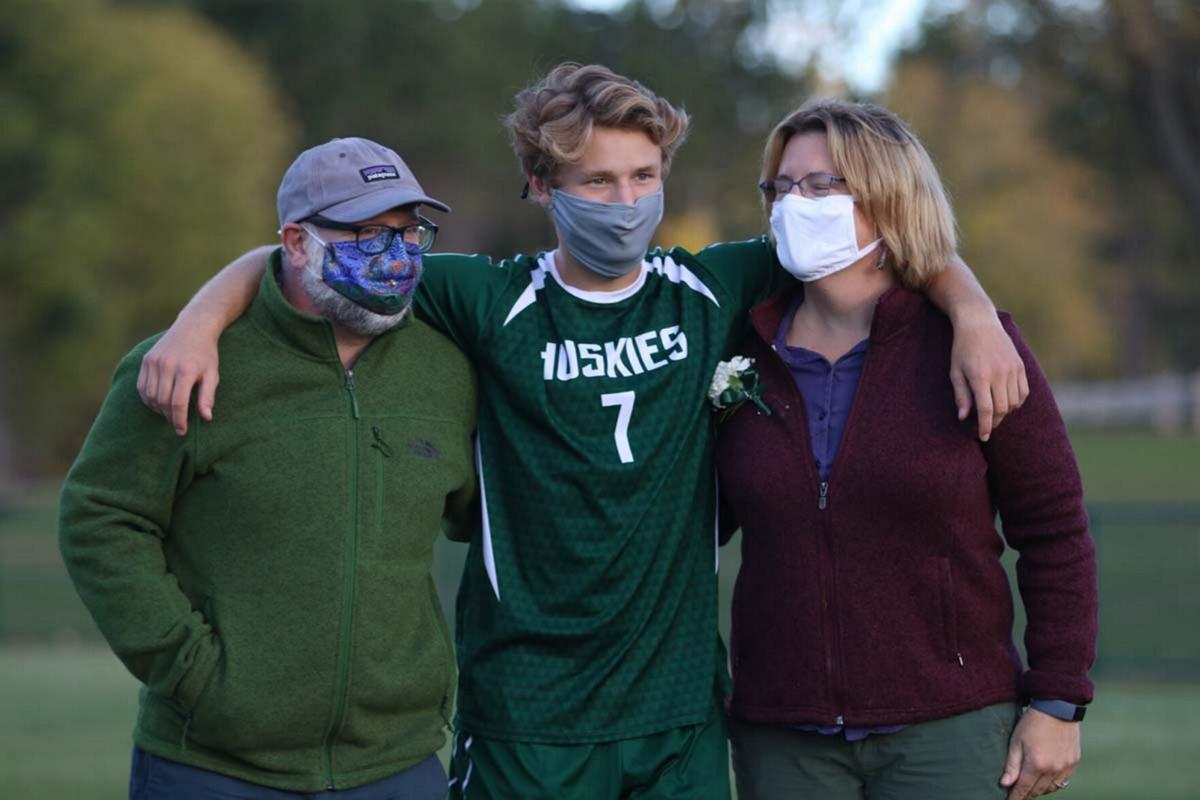 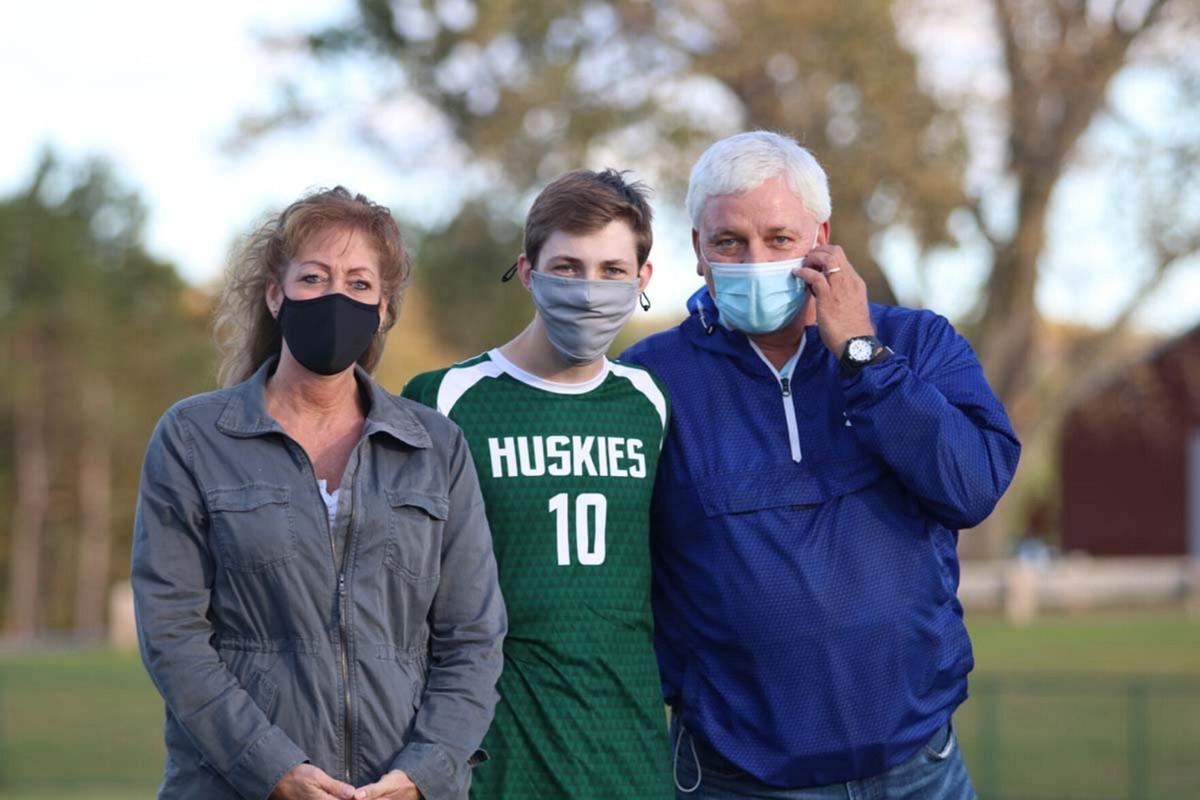 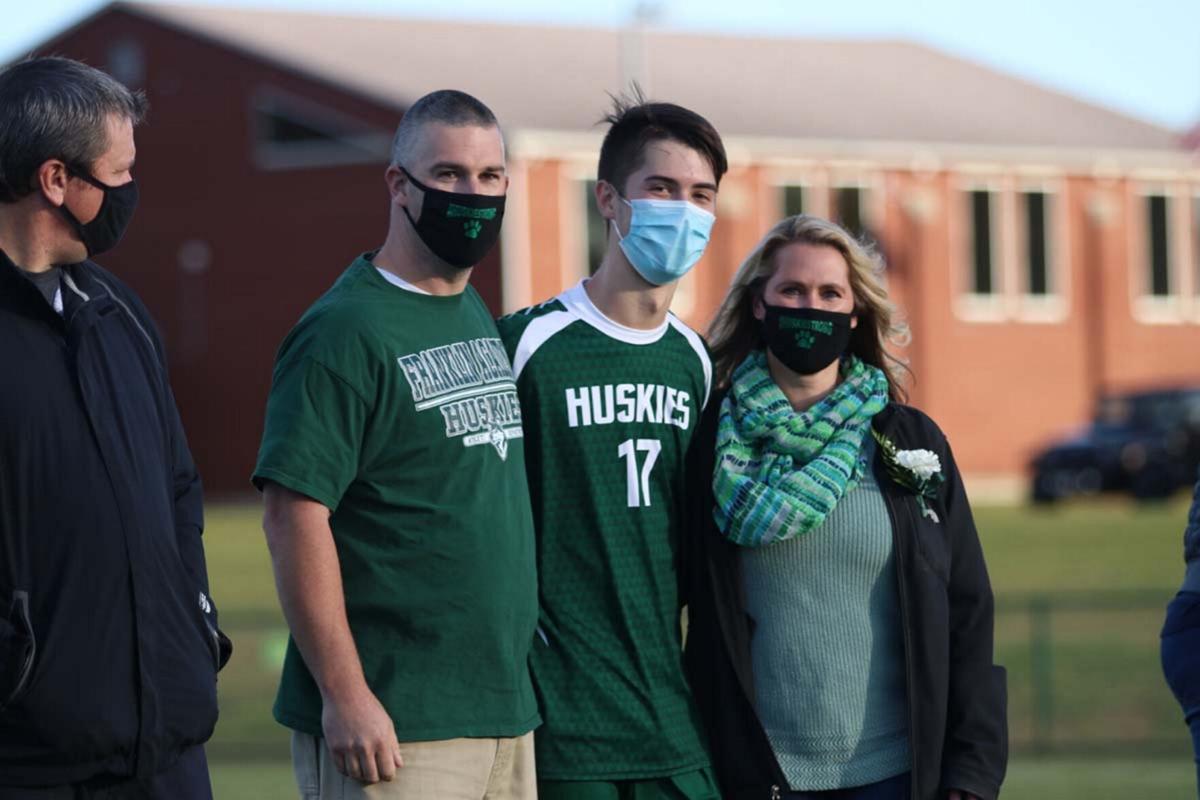 Trent King with the ball at midfield. Evan Wheaton/Malone Telegram

Seven different members of the Huskies found the net in Franklin Academy’s 12-2 victory over Gouverneur, five of them being seniors.

Ryan Johnston scored first off a corner kick that deflected off a Wildcat at the net. Gouverneur responded immediately in similar fashion.

From there, the Huskies fired off on all cylinders.

Evan Miller found Hans Schumacher in Wildcat territory. Schumacher cut over the middle and drove a shot in to take what became a permanent lead. Four minutes later, Johnston connected with Trent King, who fired a shot from several yards out to give Franklin Academy a quick 3-1 lead.

“It’s good to be out here as a team not knowing how it was going to start; it feels good to just be out here playing,” King said.

King celebrated senior day with a hat trick, and Aiden Langdon made eight saves at net.

35’ — Quite a few corner attempts for the Huskies so far. This one from Johnston. pic.twitter.com/3cqn4oKJ0G

After Schumacher tallied his second goal of the day, Ben Monette tacked on a score via a penalty kick. With a minute before the half expired, Tyler Snell extended Franklin Academy’s lead, 7-1.

“It’s a good response,” Huskies coach Chris Yaw said on the turnaround from Friday’s loss to Ogdensburg. “It’s a good team game. If we’re going to score a lot of goals, I don’t want one guy scoring a ton.”

The offense divvied it up even further in the second half.

Jacob Lewis banged in a penalty kick two minutes into the second frame, and Miller closed things out with an unassisted goal after breaking through the Wildcats back line.

Aside from King sneaking in a hat trick, Yaw wanted to spread out the scoring the best he could.

“That was the idea. A game like this, I don’t want to run up scores, I don’t do that usually,” Yaw said.

By the time the Huskies were up 7-1, Yaw shifted gears with his squad.

The cushion that Franklin Academy had all game presented the opportunity to explore what needs to be worked on.

“If we have games like this, in years past we did a thing called ‘shadow play,’ where every forward ball has to have a shadow, a back ball, and we just work on trying to keep possession. Because there are going to be teams where we don’t have this many goals, and we still need to be able to confidently play them.”

Miller and Johnston each garnered second goals, while the only other goal from Gouverneur came during the 45th minute.

From originally not knowing whether there would be a season, to not knowing if there’d be a senior day, to the decision to make the first home games senior days, it’s been a rollercoaster for the class of 2021 student-athletes.

To have a strong showing, the seniors certainly felt relieved.

“It felt good, especially after a tough game last week. But playing as a team, it just felt good,” King said.

Yaw added, “The biggest thing for me is the team effort.”

Franklin Academy girls soccer lost 2-1 to Gouvernuer, with the latter scoring the game-winning goal with five seconds left in regulation.

Salmon River girls soccer fell in its league matchup with Canton, 3-0. Chateaugay girls soccer tied with Parishville-Hopkinton, keeping the Bulldogs without a loss so far this season. Brushton-Moira girls soccer also lost to Madrid-Waddington in a 2-0 shutout.