You are the owner of this article.
Edit Article Add New Article
You have permission to edit this article.
Edit
Home
News
Sports
Obituaries
Local Living
Society
Opinion
Calendar
Archives
Ads
More
Share This
1 of 13 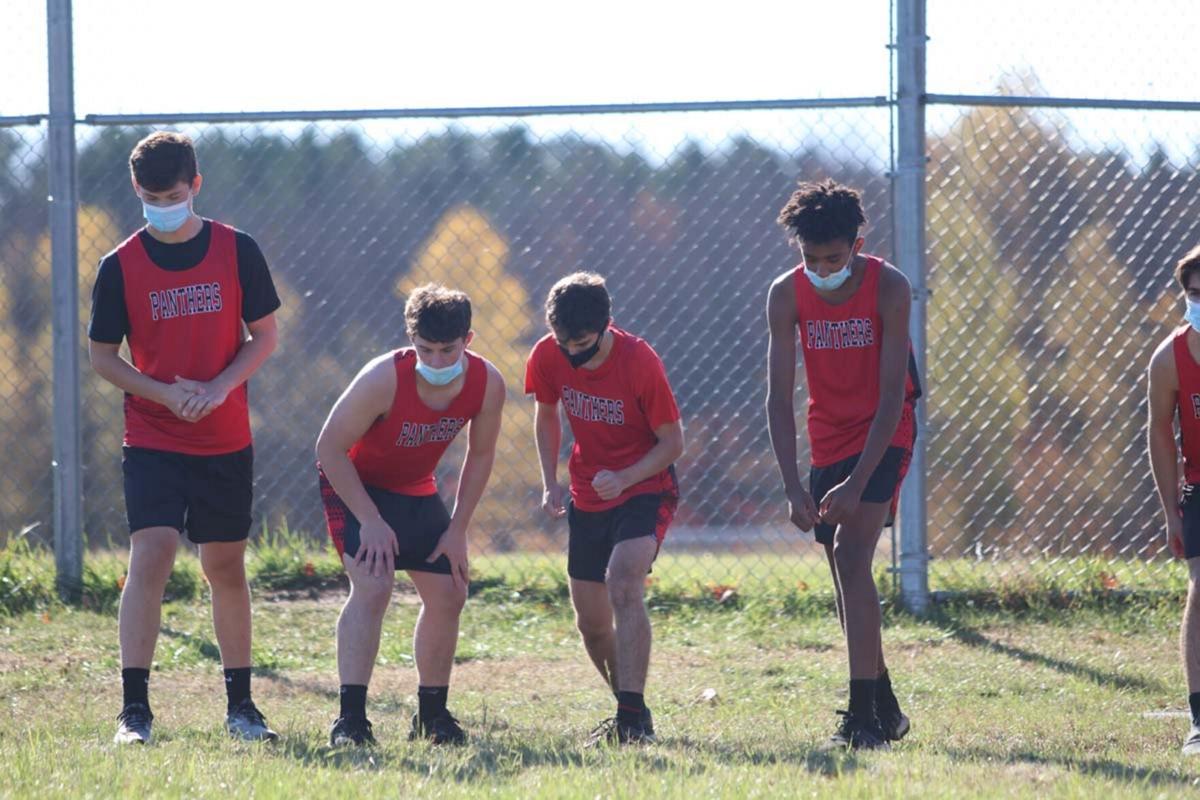 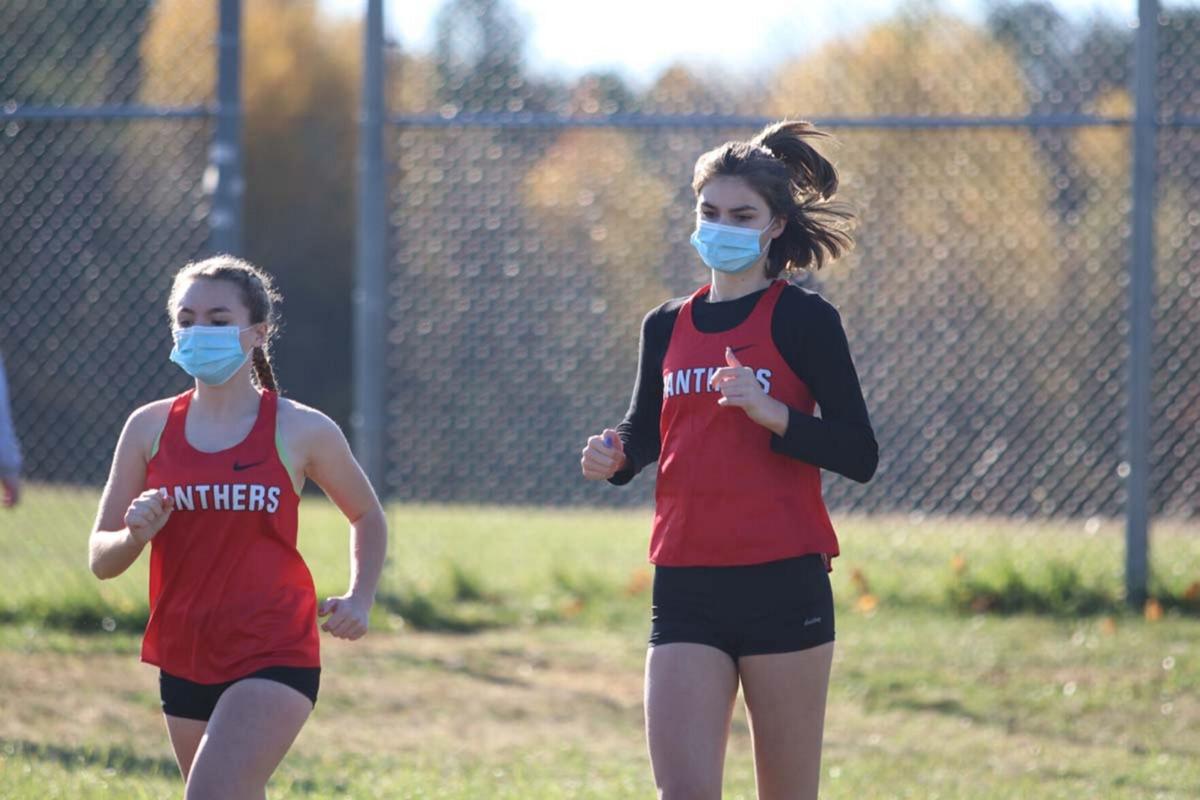 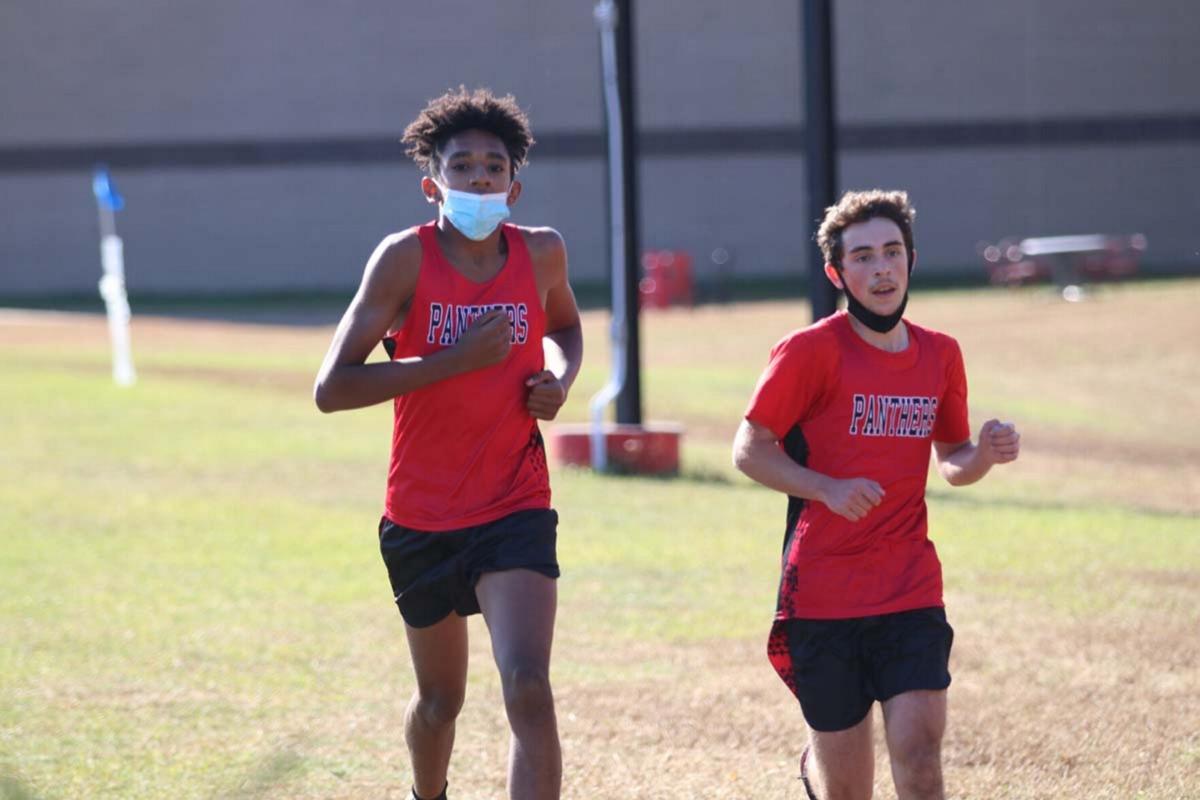 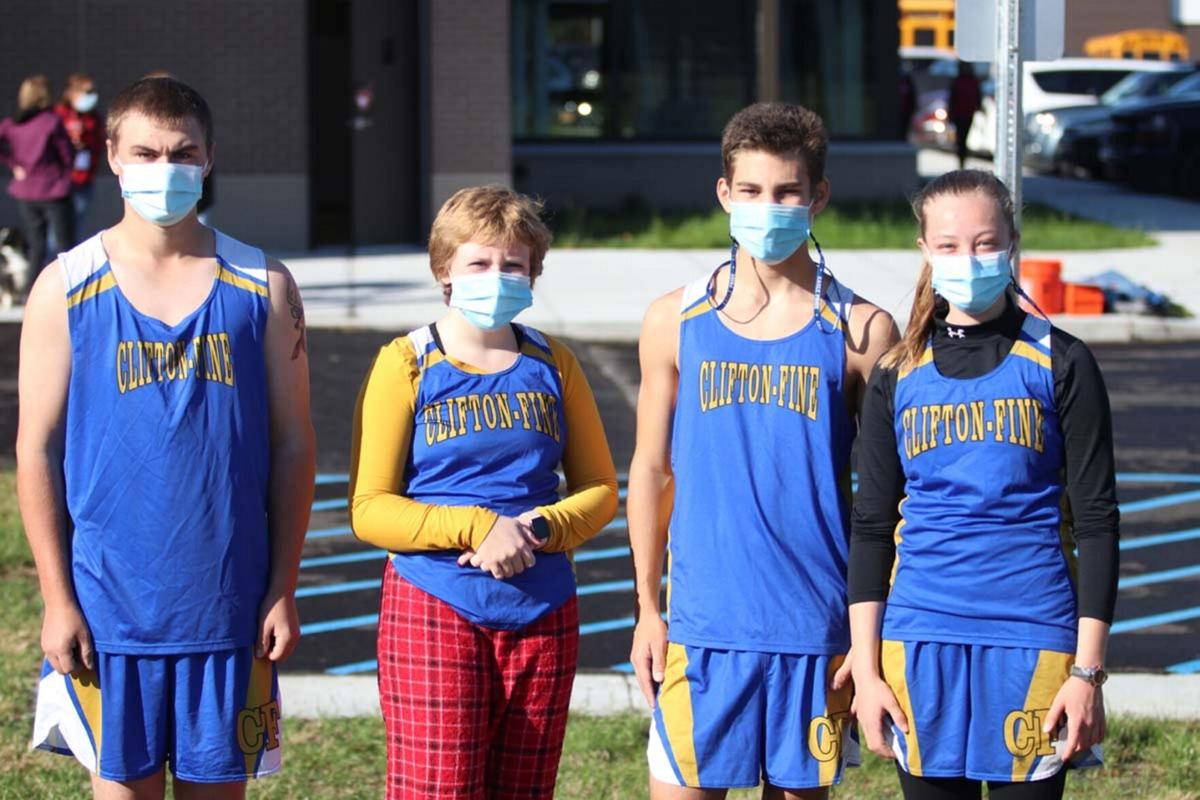 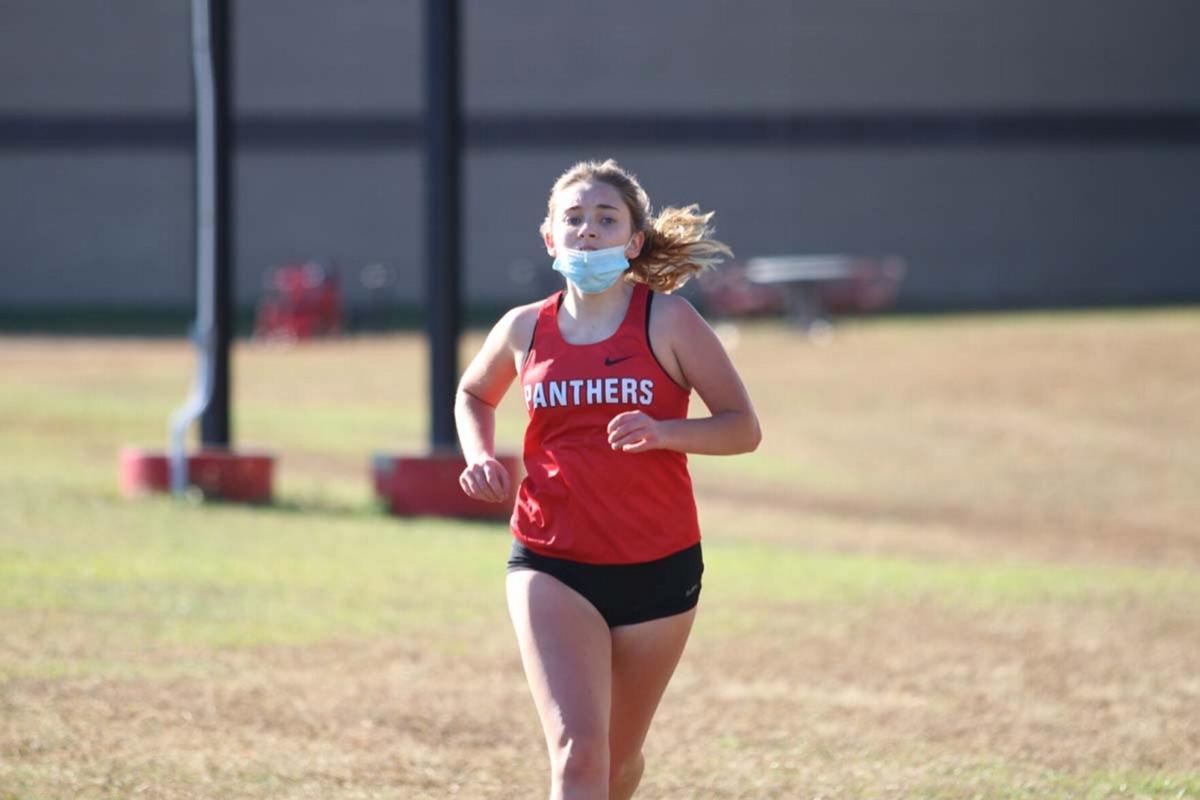 Brushton-Moira had a rough first two weeks due to the 10-practice rule. The Panthers are looking to have full teams next week. Evan Wheaton/Malone Telegram 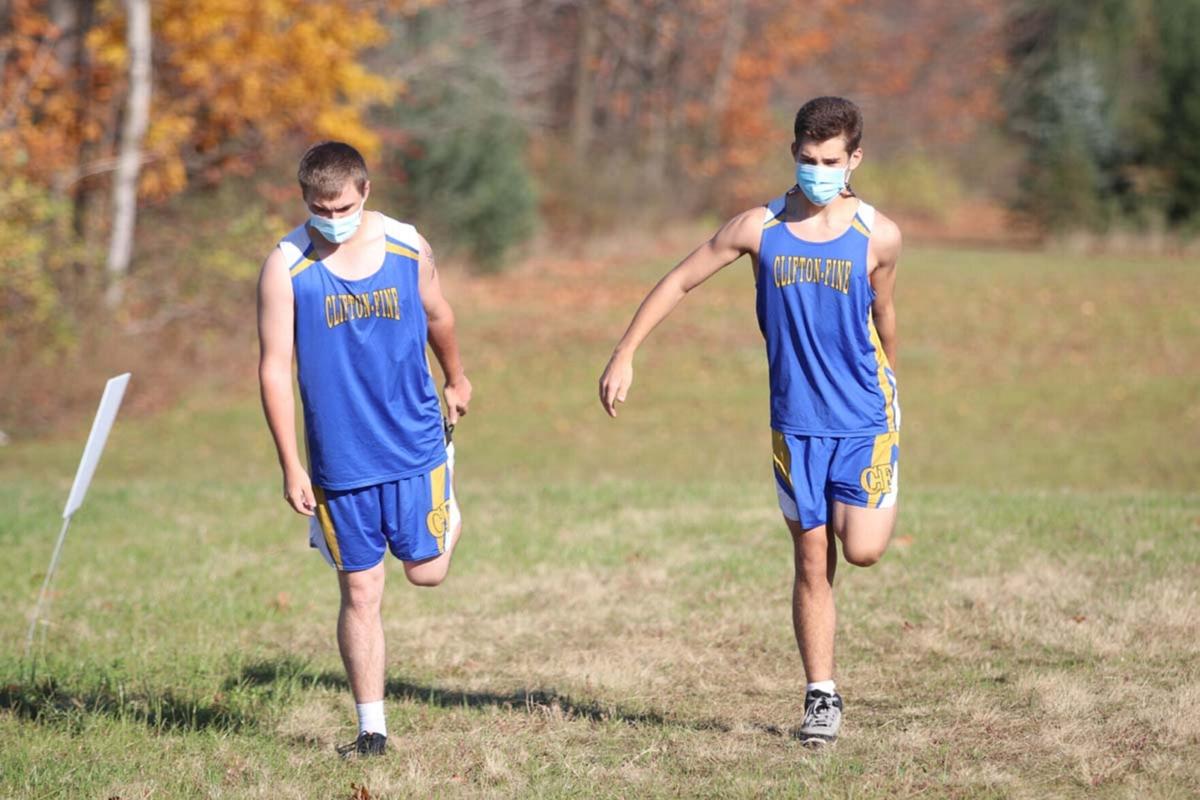 The Eagles warming up for the first cross country meet in Clifton-Fine history. Evan Wheaton/Malone Telegram 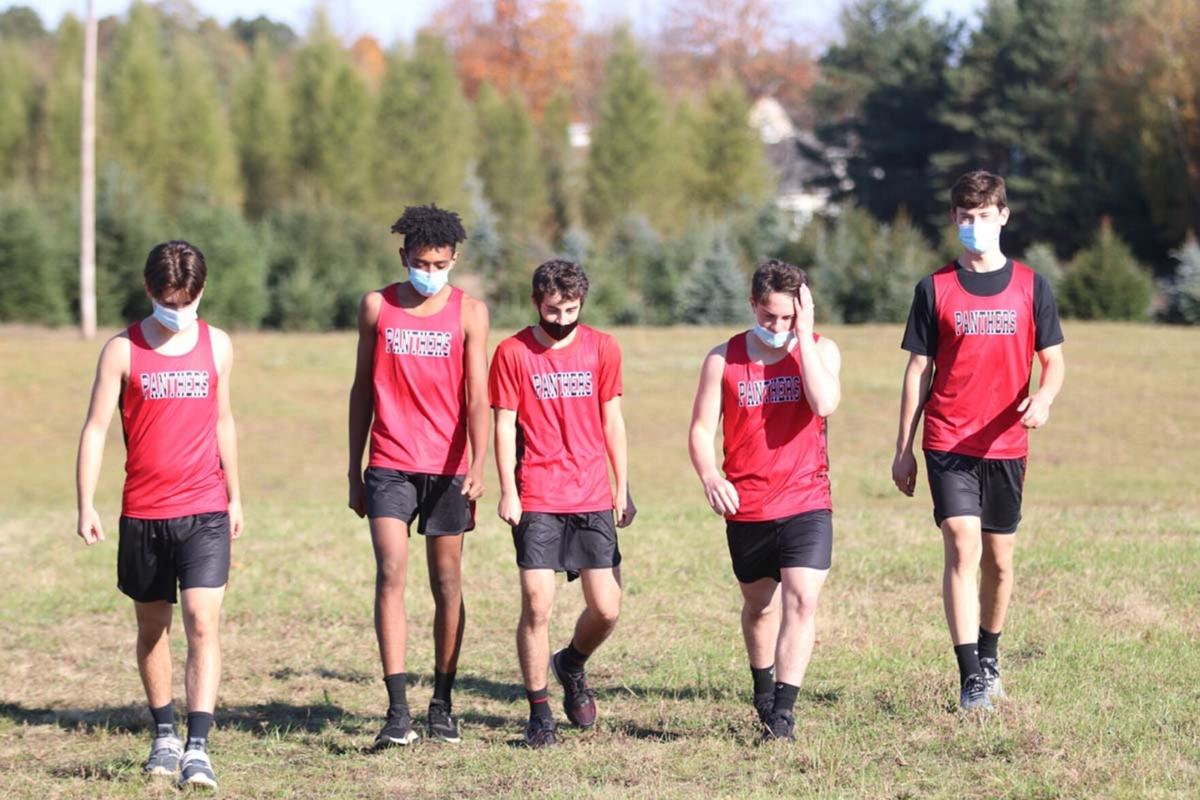 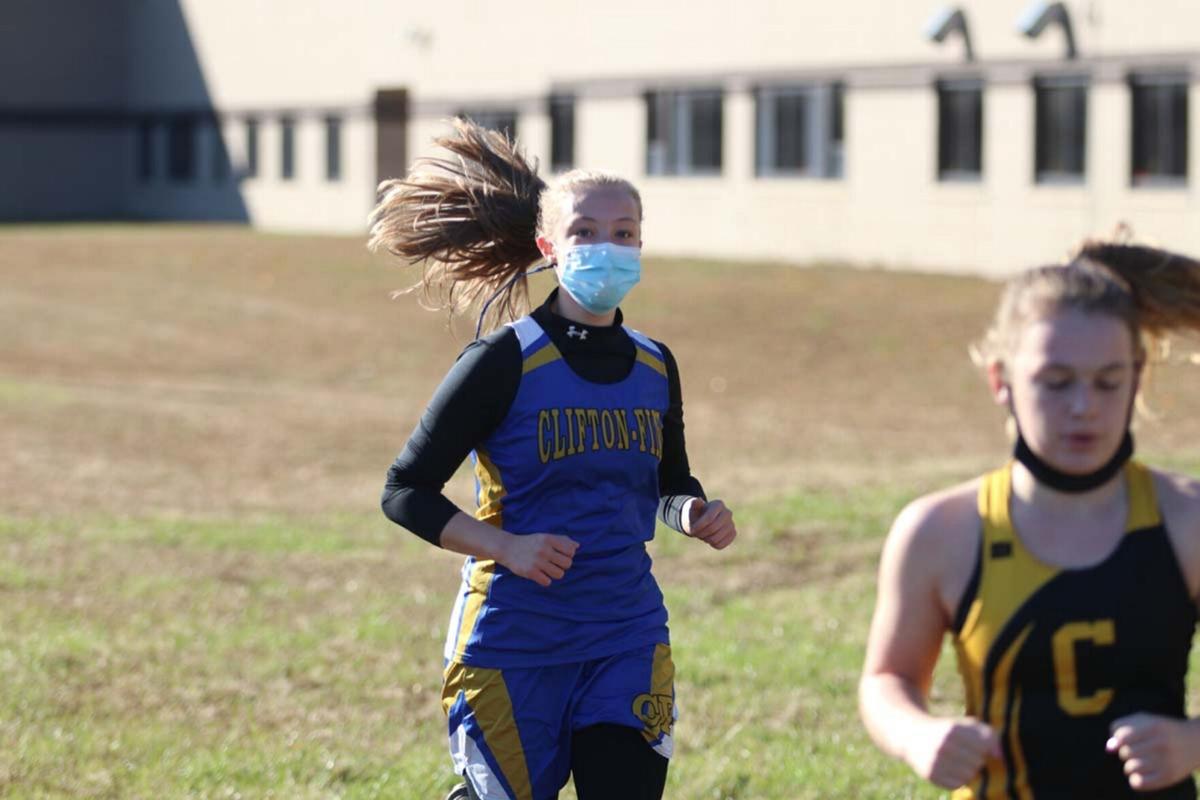 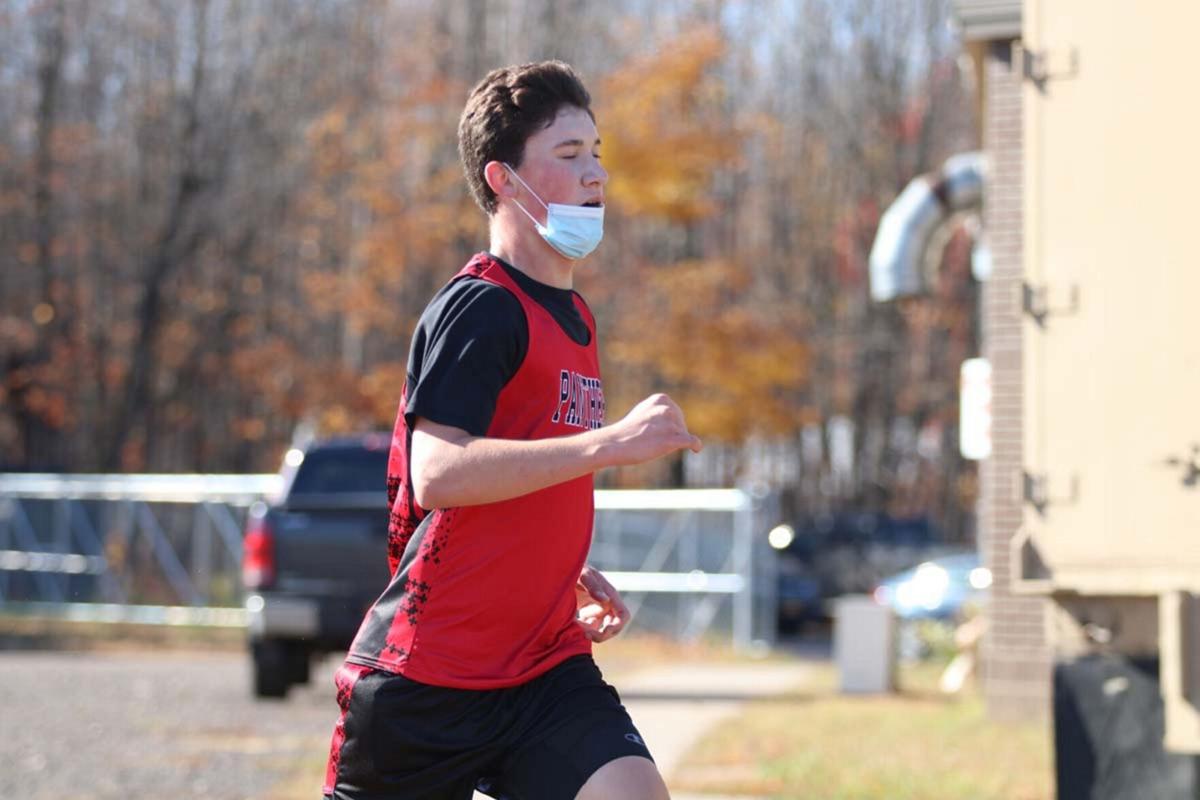 The boys team fell to Tupper Lake, and the rest were incomplete. Evan Wheaton/Malone Telegram 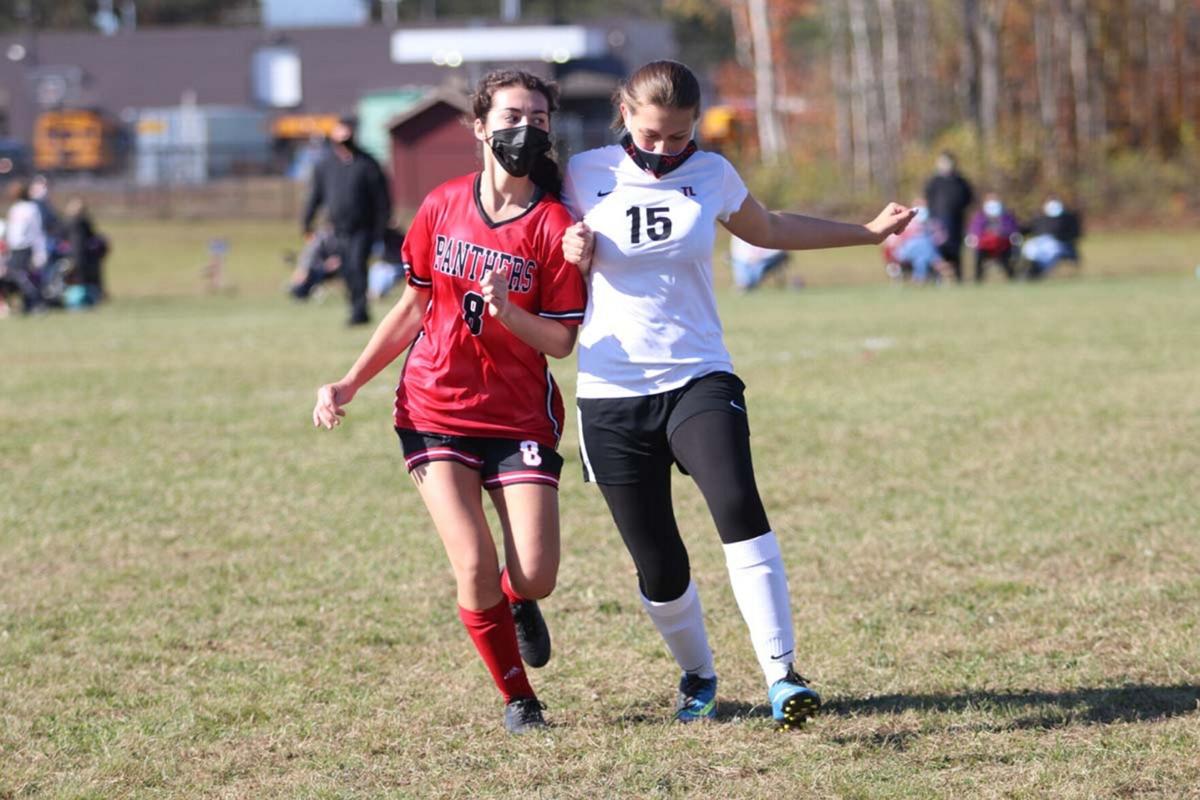 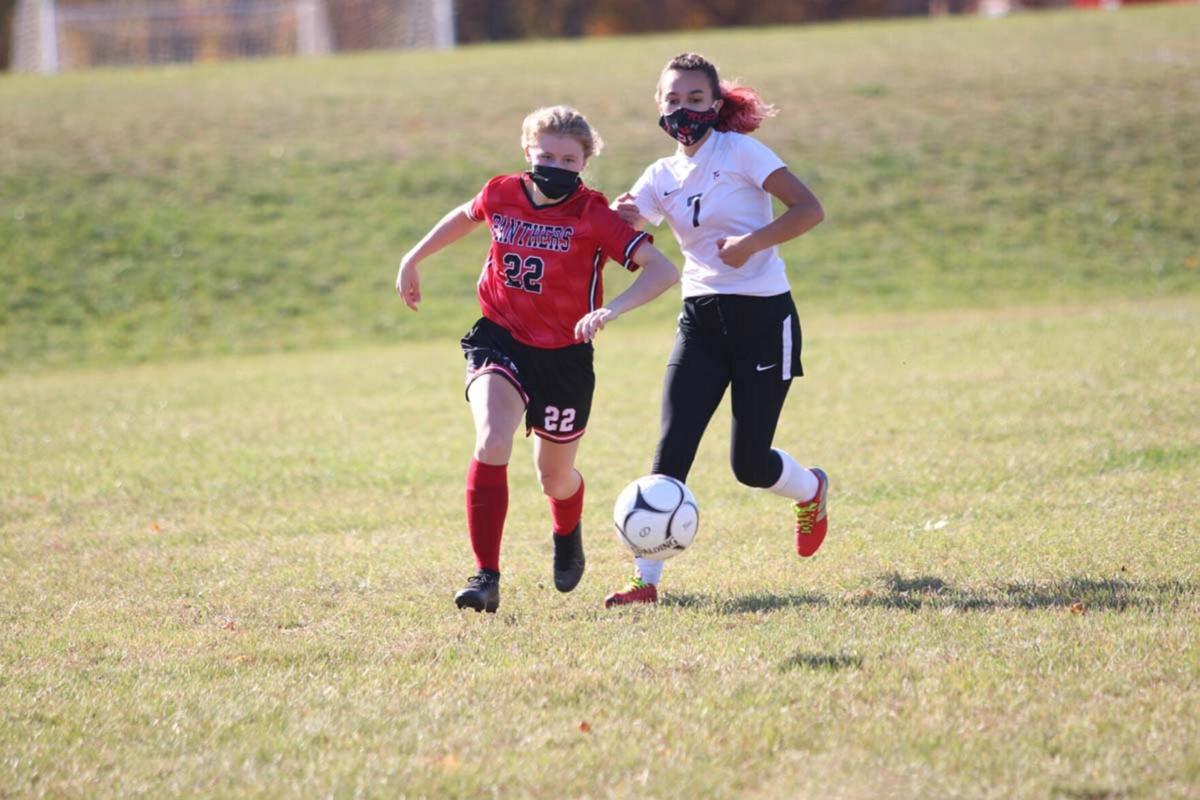 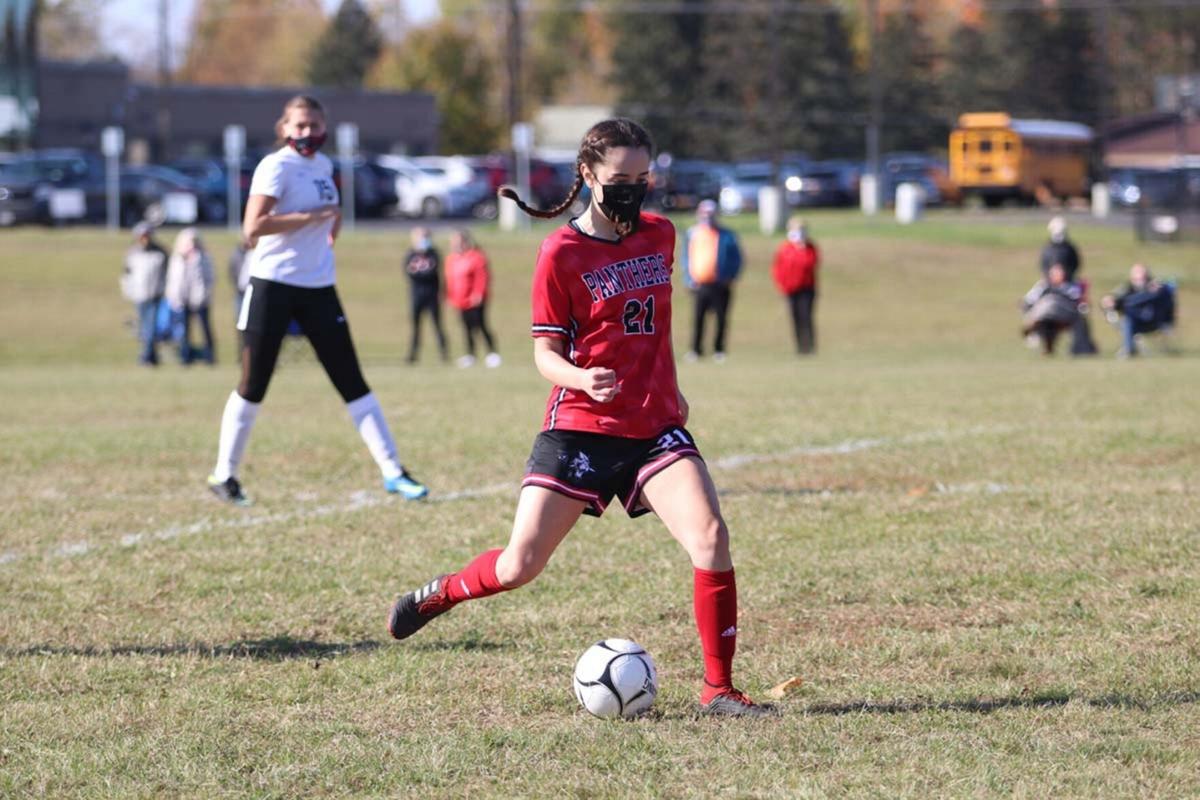 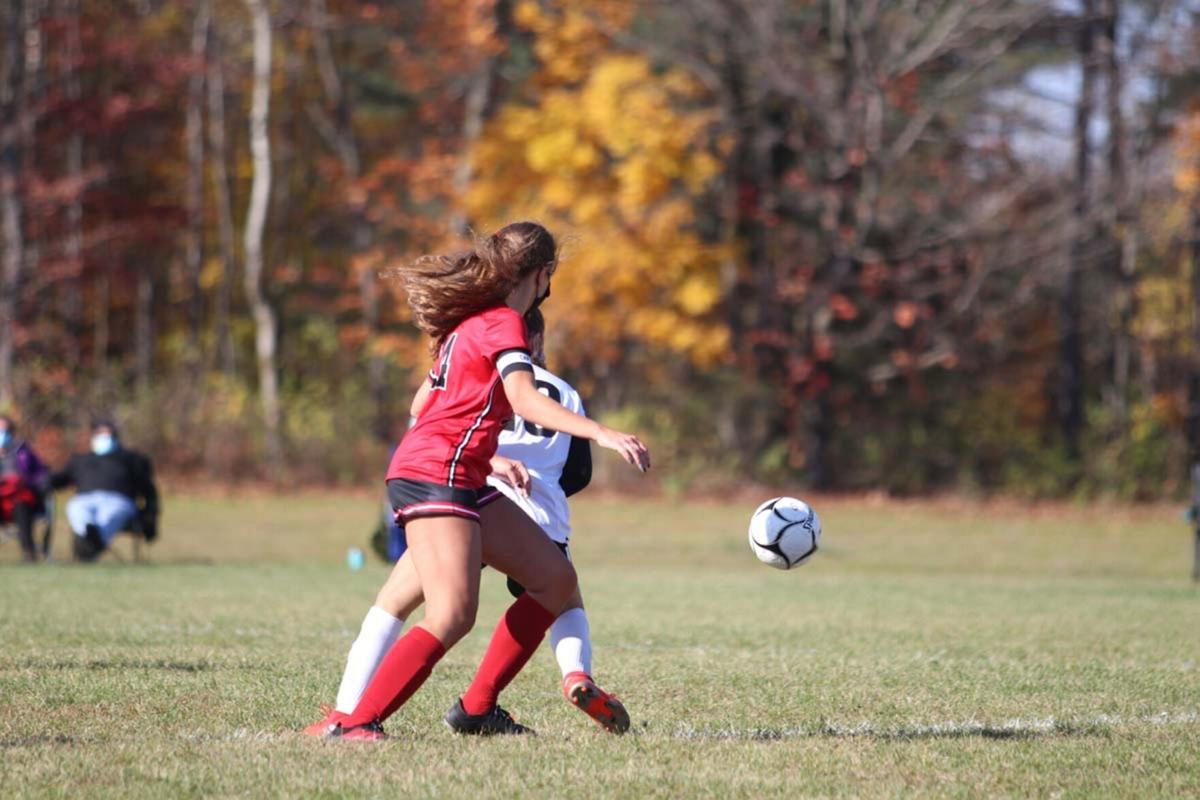 All scoring was done in the first half. After Tupper LAke made the first goal in the seventh minute, the Panthers scored four unanswered goals. Evan Wheaton/Malone Telegram

Brushton-Moira had a rough first two weeks due to the 10-practice rule. The Panthers are looking to have full teams next week. Evan Wheaton/Malone Telegram

The Eagles warming up for the first cross country meet in Clifton-Fine history. Evan Wheaton/Malone Telegram

The boys team fell to Tupper Lake, and the rest were incomplete. Evan Wheaton/Malone Telegram

All scoring was done in the first half. After Tupper LAke made the first goal in the seventh minute, the Panthers scored four unanswered goals. Evan Wheaton/Malone Telegram

BRUSHTON – Brushton-Moira cross country roster sizes have fluctuated in recent years, ever since its merger with St. Regis Falls.

“Depending on who’s been involved between the two schools – last year we had modified girls (and) this year we don’t – sometimes it’s hard to build a program, especially when you’re competing against other sports,” Panthers coach Dwayne Ghostlaw said.

The Brushton-Moira boys cross country team fell in team score to Canton, 17-42 in the first home meet of the season. They picked up a win off an incomplete from Clifton-Fine.

For the first time in school history, the Eagles are participating in cross country, and faced the Panthers and Golden Bears in their first-ever meet.

“Volleyball was traditionally offered at the school, but New York State NYSPHSAA is anticipating moving it to the spring,” Clifton-Fine Superintendent Matt Southwick said. “To give the kids an opportunity to participate in that risk-reward safe environment, our Board of Education is able to offer cross country to our kids.”

With a school size of 280 students, it’s easier for Clifton-Fine to form a cross country program than it is to field a larger team, such as soccer or volleyball teams. The hope for the school is to grow the program and eventually participate in track.

“All four of these athletes have never participated in a track, cross country or running-type sport, so it is opening up opportunities,” Southwick said. “COVID has a lot of drawbacks, but if you look for what it has done, some of the positives are it’s opening more opportunities if you look for them.”

The girls teams were incomplete all around, with nine total runners. Olivia Bobbie (25:00) was the first finisher for Brushton-Moira at the girls meet, followed by Holland Goddard (27:59).

Canton had the top three finishers for boys and girls alike.

The Brushton-Moira girls soccer team had a strong offensive response after finding themselves down 1-0 in the seventh minute.

Shifting gears now that the XC meet is over. Brushton-Moira is up 4-1 over Tupper. After being down 1, the Panthers scored 4 goals within 10 minutes. pic.twitter.com/5ocisFsdNx

The Panthers scored four goals within 10 minutes and 12 seconds in the first half to win 4-1.

“I think the girls kind of woke up,” girls soccer coach Bryan Phelan said. “It was something we really needed to be able to rebound from. The first two games we haven’t, and this game we did.”

The Panthers kept control, paced well and the forwards were connecting with one another. Emma Russell scored off a direct kick from Teaghan Phelan. She then was fed a pass from Kyla Phelan, who had crossed over the middle, and Russell banged in her second goal.

Kyla Phelan also had a pair of goals, with Savannah Beachy and Russell on the assists.

“We have to focus on getting everyone involved,” Phelan said. “Today we used the width of the field and that set our forwards free a little bit.”

Bethany Poirier also had a strong showing, shaving off 58 seconds from last week to finish first overall for the Huskies at 23:44 during the girls meet.

Salmon River boys soccer fell 3-2 to Ogdensburg off a penalty kick in the 78th minute.

“We played a more complete game today. Tough break on the PK at the end of the game. Hopefully we can start to gain momentum this week with four games,” Shamrocks coach Tim Cook said in a statement to reporters.

“(It was) another strange game, played more uncontrolled boot ball than possession game,” Huskies coach Chris Yaw said. “We were really sloppy and didn’t take advantage of our greater number of scoring chances.”