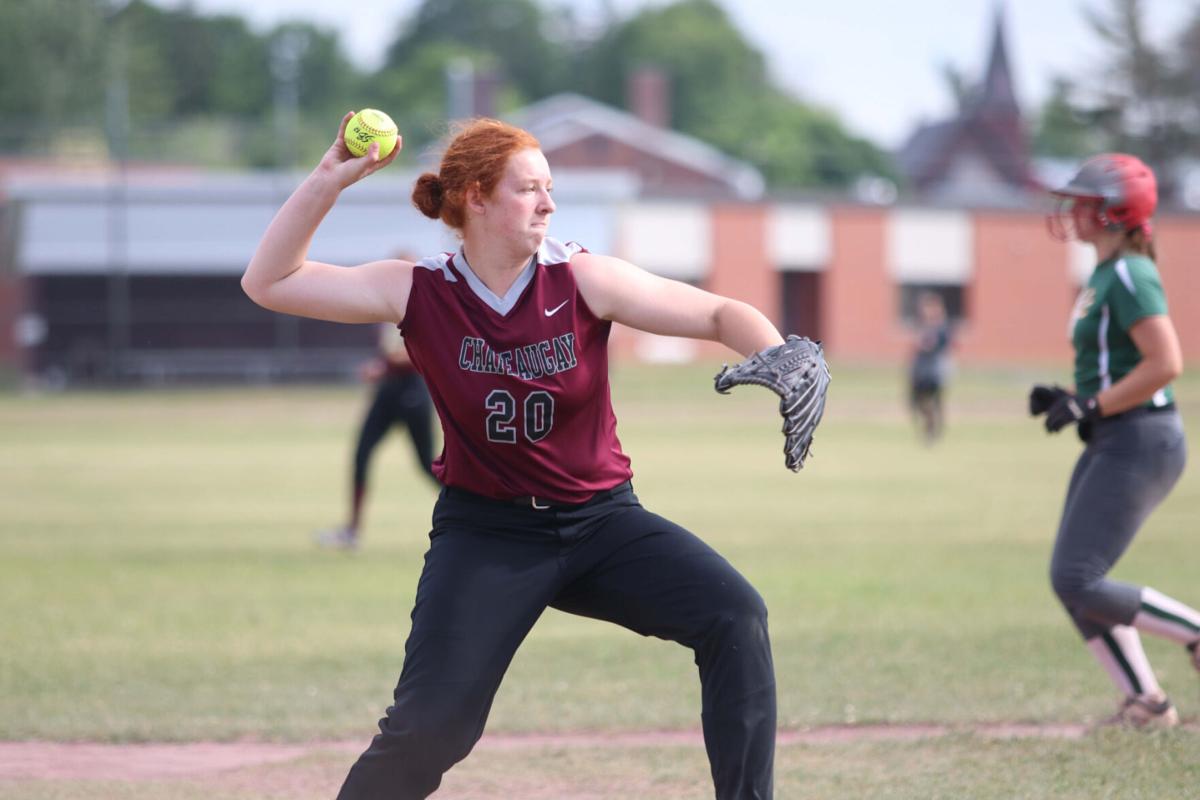 Chateaugay third baseman Kaelyn Morgan winds back for a throw to first base. Evan Wheaton/Malone Telegram 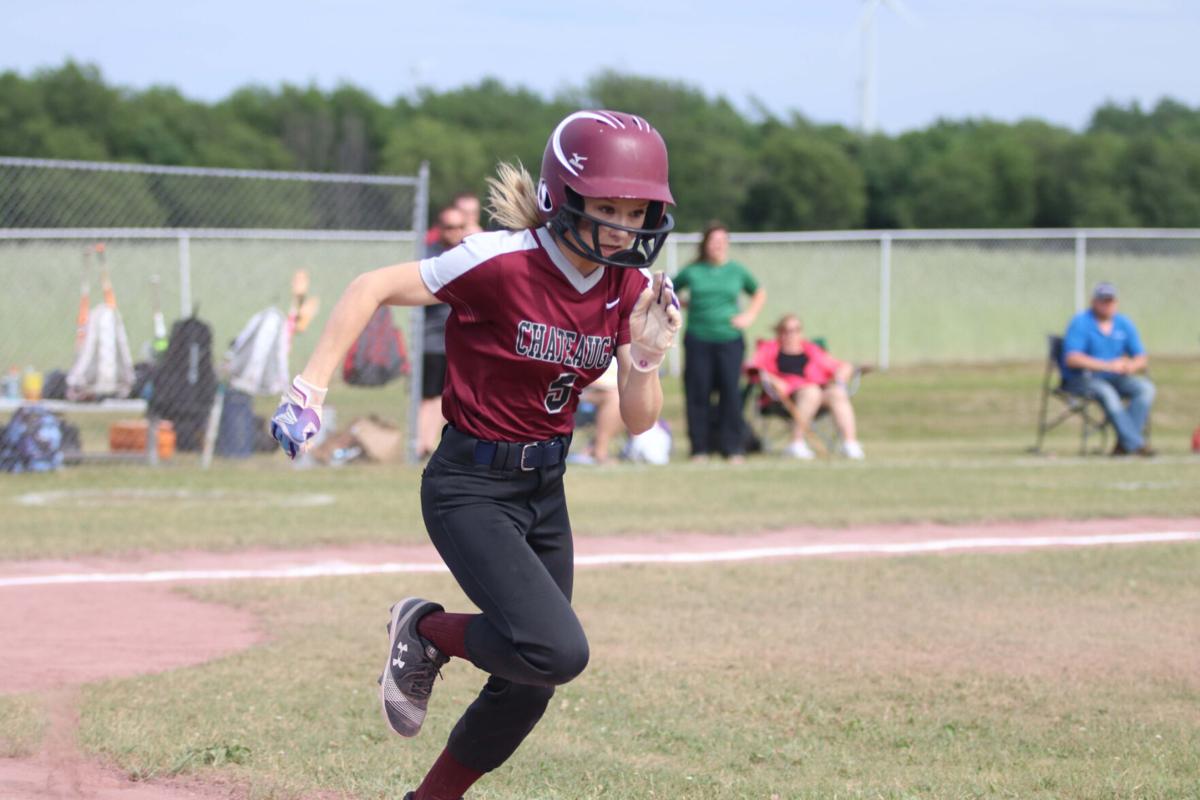 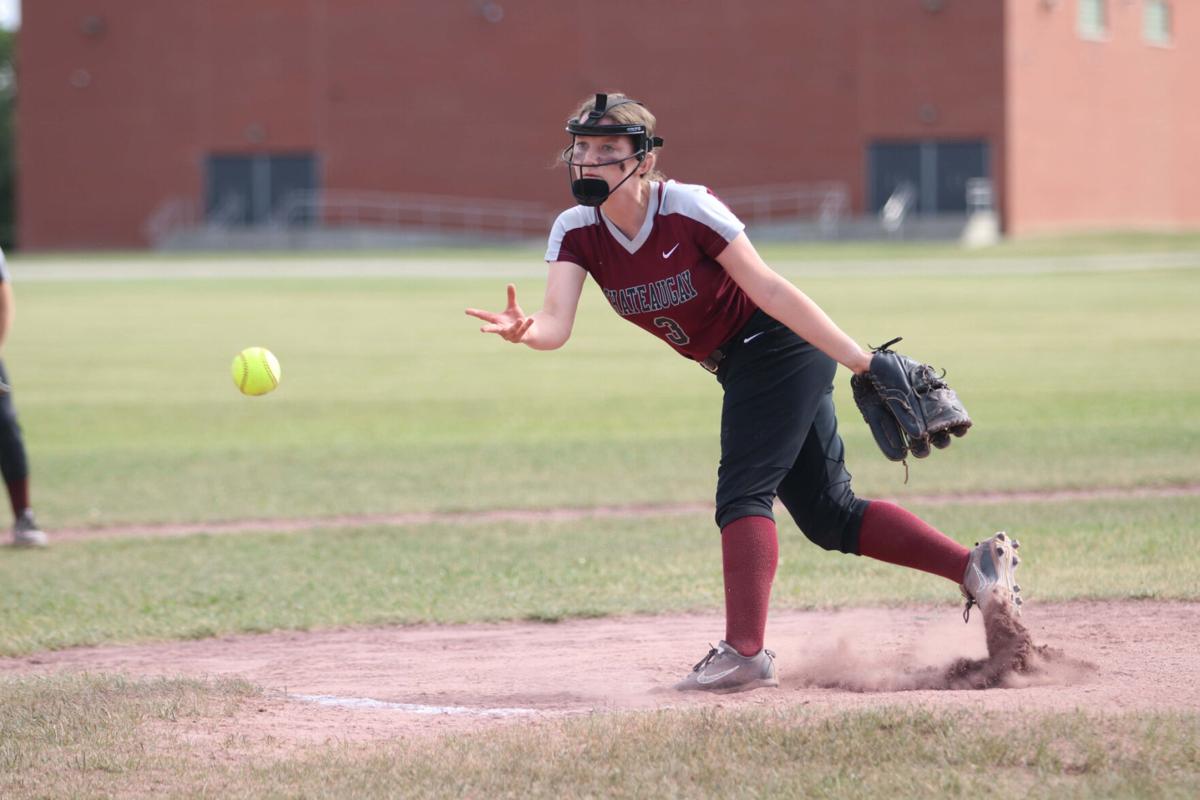 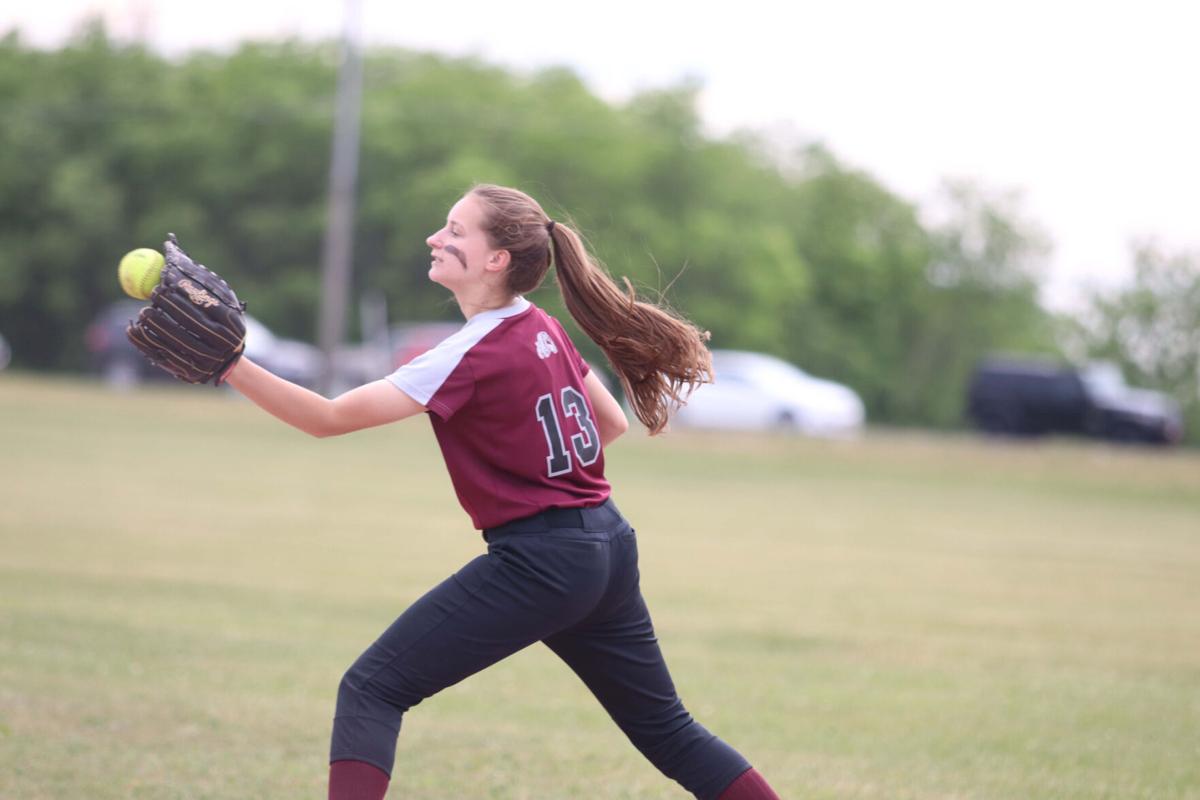 Chateaugay third baseman Kaelyn Morgan winds back for a throw to first base. Evan Wheaton/Malone Telegram

CHATEAUGAY – For the first time since the dawn of the global COVID-19 pandemic, there wasn’t just a hint of normalcy. It wasn’t just similar to normal.

It was normal, at last.

No. 3 Chateaugay hosted No. 6 Hermon-DeKalb for the Section 10 Class D quarterfinals on Tuesday. With the Section lifting all mask requirements mere hours prior to the first pitch, players smiled at one another during warmups.

Spectators filed in, no longer limited to two per player. There was no gate list, no masks, no worries. Just playoff softball, the first Section 10 postseason game since the coronavirus first struck the United States.

Chateaugay ultimately fell, 10-2 to the Demons at home.

“We really appreciate having a season and getting a little bit back to normal. We had a nice season, one game out of first place in our division,” LaPlante said. “We earned a home game, they came, and they beat us today. And that’s sports.”

The first inning saw back-to-back 1-2-3 innings from both squads. Across both teams, there were eight 1-2-3 innings on the night.

It was a defensive struggle on both sides.

Bulldogs start with a 1-2-3 inning. Playoff softball, no masks, all hype here in Chateaugay. pic.twitter.com/xEadZHDje5

Olivia Sharpe hit a double for two RBIs, then got doubled in herself to give the Demons a 3-0 lead in the top of the second. The Bulldogs didn’t find a run until Victoria Titus plated one in the bottom of the third.

T2 | Demons on the board. Olivia Sharpe hits a double for two RBIs, then she gets doubled in herself.3-0 Hermon. pic.twitter.com/1IvC0BylB4

Alison Johnston made the only other run for Chateaugay in the bottom of the sixth.

“We’ve put the bat on the ball most of the year. Today we didn’t, we struck out a lot,” LaPlante said. “When we tried to lay down some bunts, they made perfect plays.”

The Bulldogs continued to keep constant pressure on Hermon-DeKalb’s batters until the top of the sixth inning. With the bases loaded, Morgan Nolan hit a double RBI single to extend the Demons’ lead 5-1.

From there, Madisyn Wright hit a triple to bring home two more runners, and she was then singled in by Bailey Wright to jump ahead 8-1 over Chateaugay.

Two more runs in the top of the seventh gave Hermon-DeKalb even more cushion.

“We had two innings where we let some runs in,” LaPlante said. “They didn’t really hit us hard, they just snuck some through there and a couple plays we didn’t make. That’s the nature of the game.”

The Bulldogs are losing Chloe and Cammie Champagne, Racheal Jarvis and Emily Boadway to graduation. While LaPlante noted that saying goodbye to seniors is always the hardest part, he expressed hope that things will remain normal for next year.

Next year, when Chateaugay will be back.

“I hope everything goes back to the way it should be. These kids work hard,” LaPlante said. “Nice group of kids, they’re young but they know what they have to do to get to the next level and I believe they will.”