You are the owner of this article.
Edit Article Add New Article
You have permission to edit this article.
Edit
Home
News
Sports
Obituaries
Local Living
Society
Opinion
Calendar
Archives
Ads
More
Share This
1 of 8 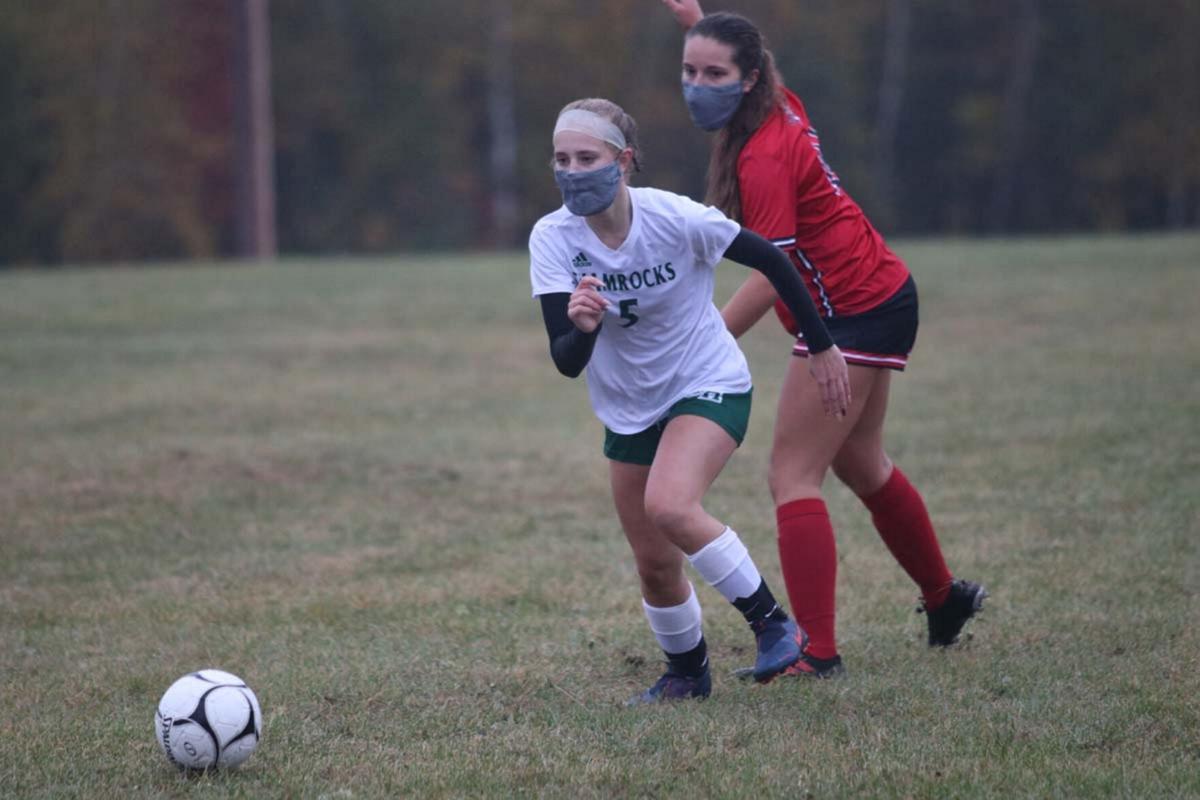 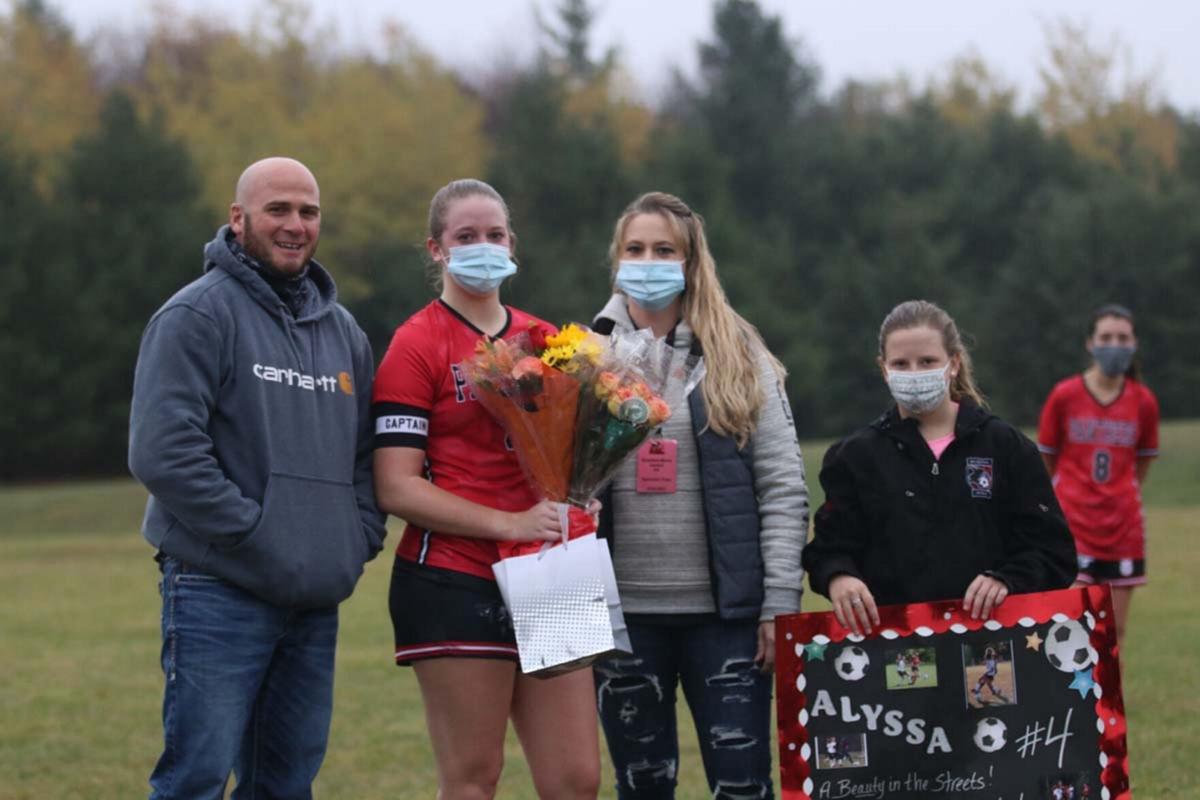 Alyssa Poirier (second from the left) was one of two Brushtion-Moira seniors honored at halftime. Evan Wheaton/Malone Telegram 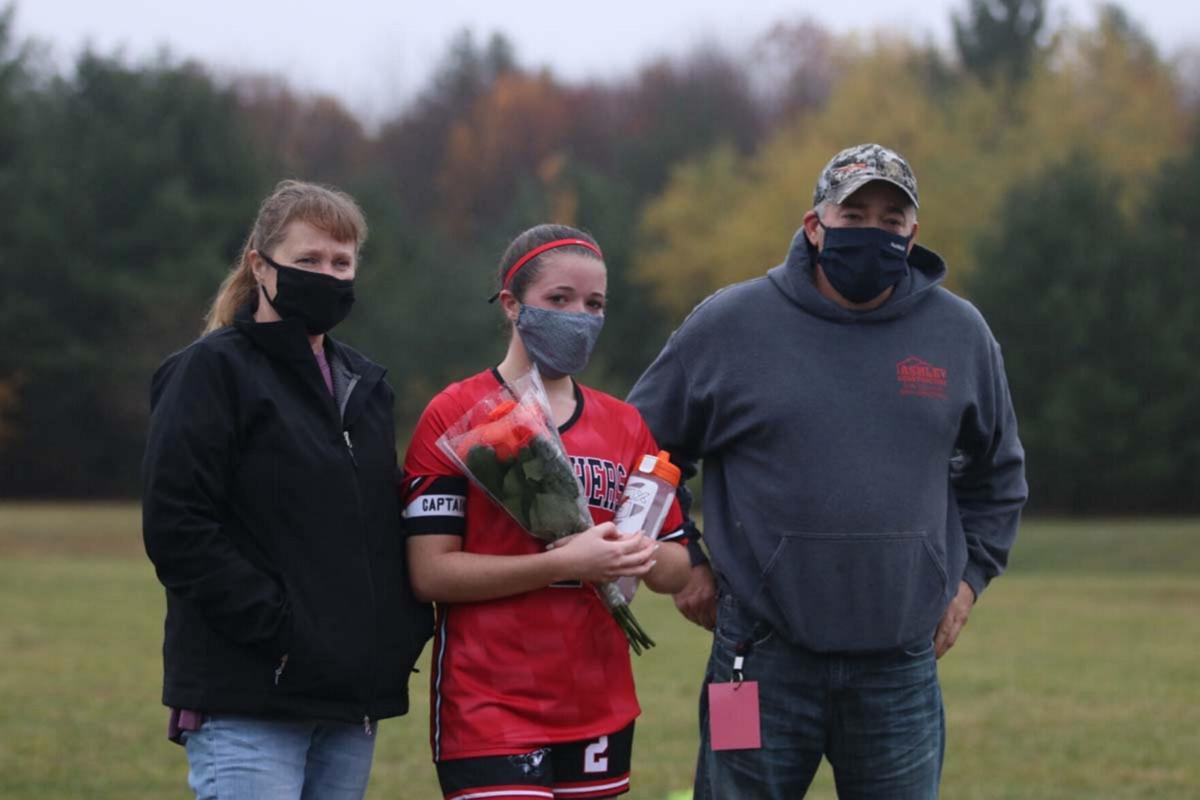 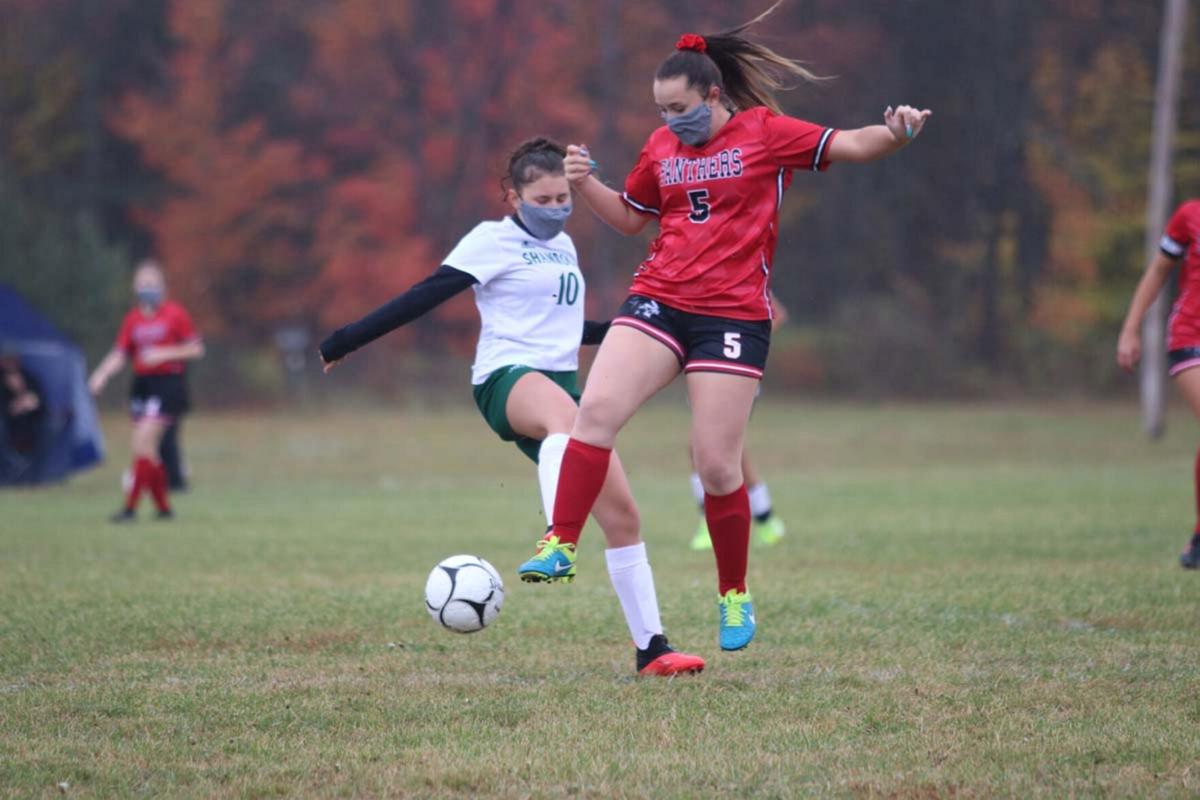 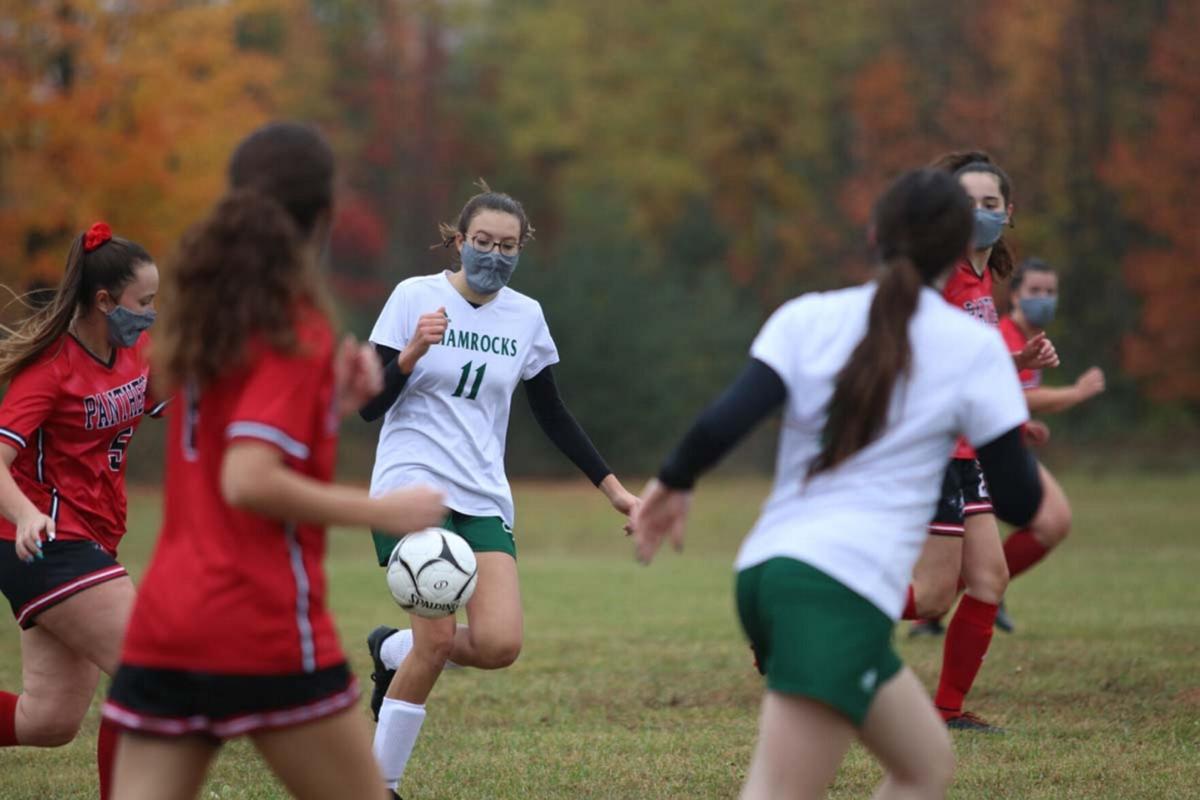 The midfield saw a lot of action for several minutes in the second half. Evan Wheaton/Malone Telegram 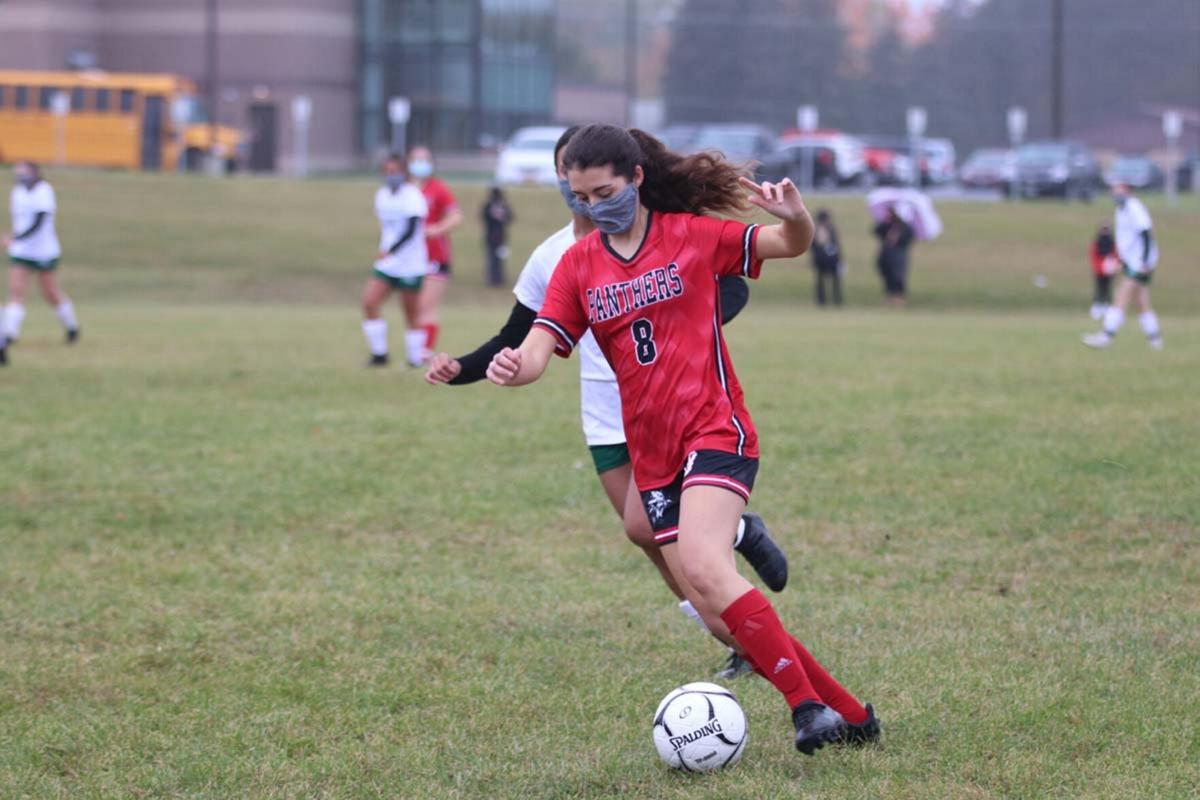 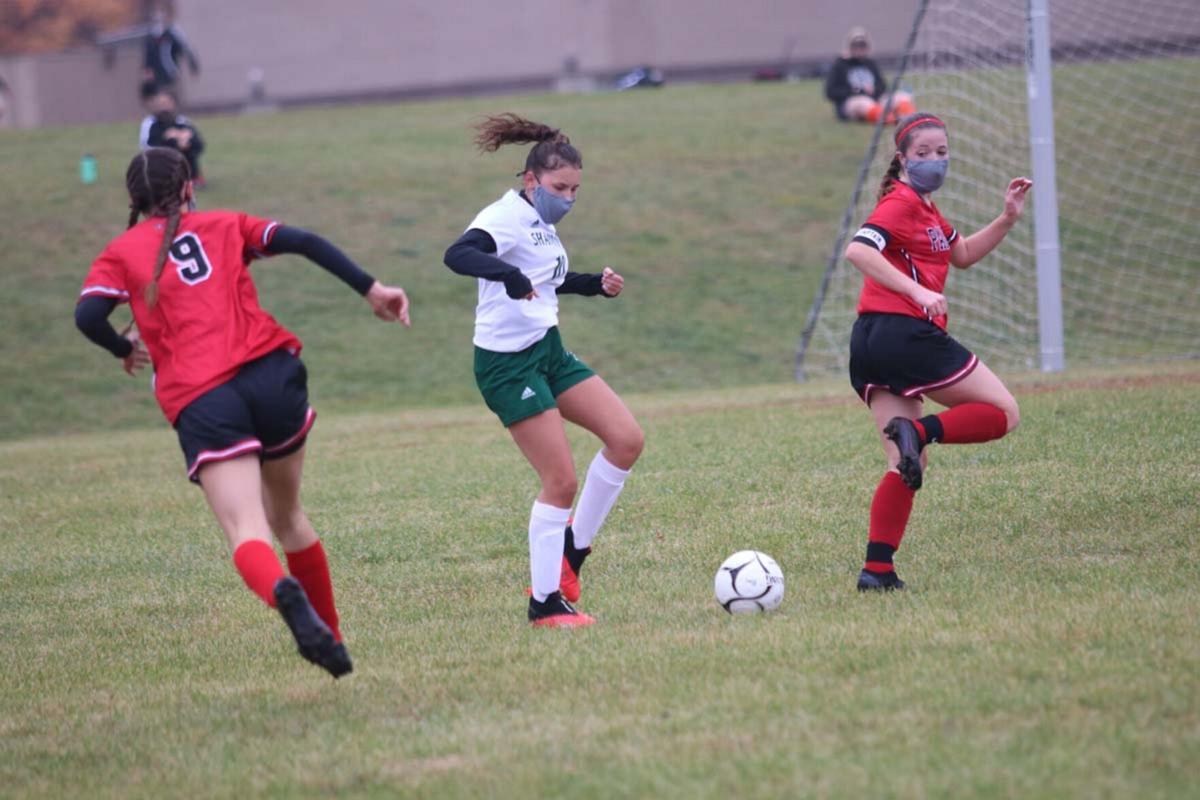 The Shamrocks created many great offensive looks, but capitalized on just one. However, it was all they needed in the 1-0 interdivisional victory. Evan Wheaton/Malone Telegram. 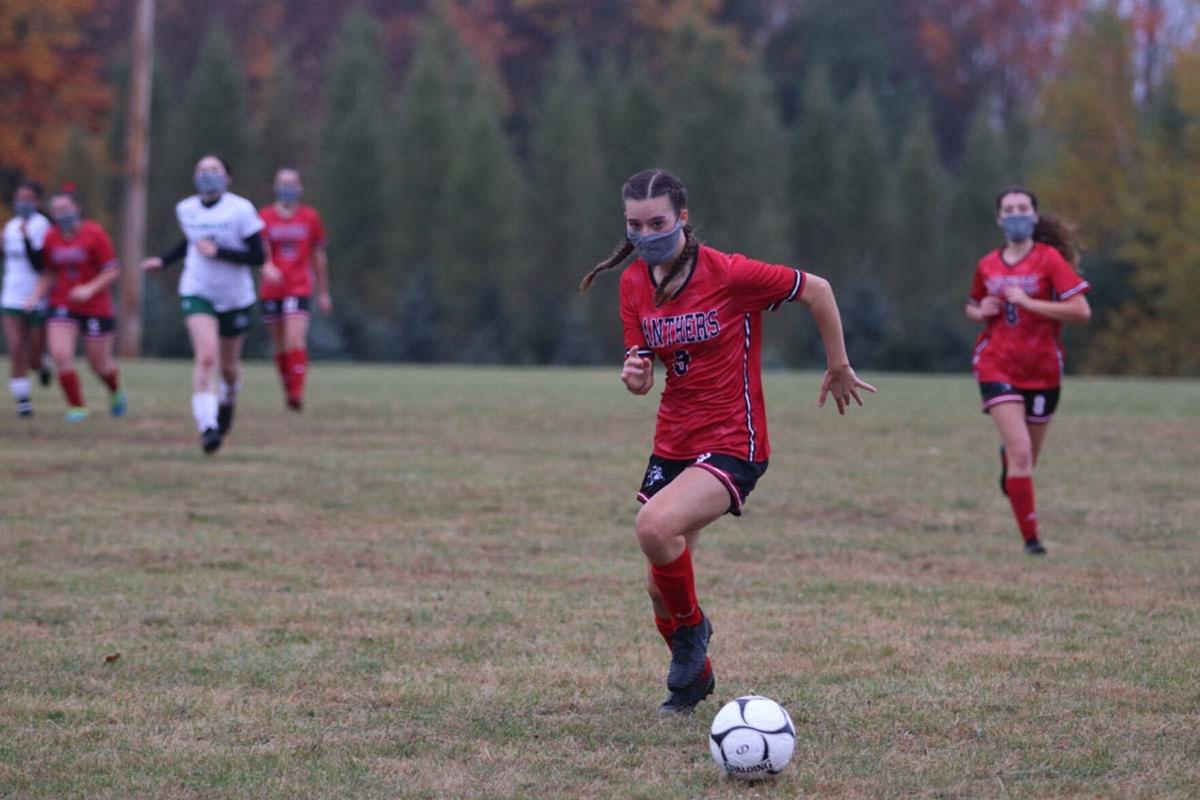 Alyssa Poirier (second from the left) was one of two Brushtion-Moira seniors honored at halftime. Evan Wheaton/Malone Telegram

The midfield saw a lot of action for several minutes in the second half. Evan Wheaton/Malone Telegram

The Shamrocks created many great offensive looks, but capitalized on just one. However, it was all they needed in the 1-0 interdivisional victory. Evan Wheaton/Malone Telegram.

BRUSHTON – After a bevy of missed opportunities in the first half, it took less than five minutes in the second frame for Myranda Collette to net the sole goal of the game, lifting the Salmon River girls soccer team over Brushton-Moira, 1-0, on the road Wednesday.

After the ball landed inside the box, Talynn Wylie tried for a first touch. She got it over to Collette, who, after lowering her head wound her leg back, drove it up, burying it into the top shelf.

“You’d like to call it a combination play, but sometimes it doesn’t work that way,” Shamrocks coach Elizabeth Durfee said.

The first half wielded numerous opportunities for Salmon River that came up short. Durfee told her squad at halftime that they needed to execute just once before they lost that momentum.

“We are creating so many opportunities and eventually, it’s like some juju I guess, where if you don’t bury one or take care of one, it starts to go away,” Durfee said.

Mia Leroux made five saves in the shutout win for the Shamrocks, while Natalie Palmer registered two saves for Brushton-Moira during the non-league matchup.

The Panthers began the game with very little time of possession for much of the first half.

“We’d win some balls then lose possession quickly,” Brushton-Moira coach Bryan Phelan said. “We worked a lot on possession in practice, making sure our passes were direct and to the right areas as opposed to soft and to the wrong areas, so that helped us out a little bit more.”

The second half saw a stalemate at midfield for several minutes. The Panthers eventually garnered offensive looks that challenged Salmon River’s back line.

Despite finding some rhythm, Brushton-Moira couldn’t hold on to their possessions for long.

“We possessed well, but in the same essence, we have to take care of the ball a little bit better,” Phelan said.

Brushton-Moira is honoring two seniors here at halftime: Megan Ashley and Alyssa Poirier.Salmon River seniors are also being recognized, but will have their own senior day at their first home game. pic.twitter.com/XatEV21bwe

Like Wylie setting up Collette’s goal, the Shamrocks had many footraces in their favor in or around the box in which they could begin to set up offensive drives.

“Unfortunately our shot on goal was not very efficient, but nonetheless, it’s nice when you start creating opportunities and that’s something you can build off of.”

With a tight turnaround in games, both Salmon River and Brushton-Moira were already zoned in on their road games to be played the following day against Canton and Madrid-Waddington respectively.

Due to the condensed season, it’s been stressed by coaches for players to have mental preparation on top of the physical piece in terms of how quickly games are getting in.

“Our girls are going to have to adjust on the fly,” Durfee said. “The big thing was making sure they hydrate tonight and mentally prepare for tomorrow. It’s a win in the books but another day tomorrow.”