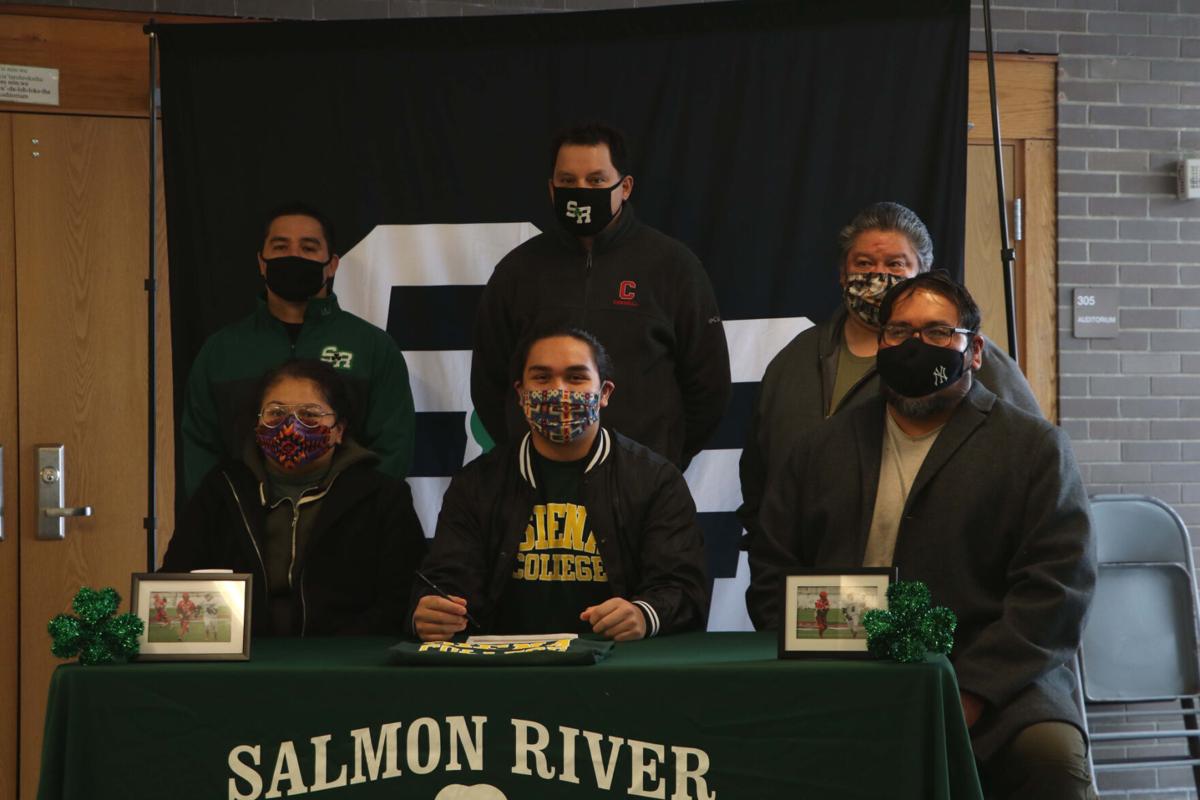 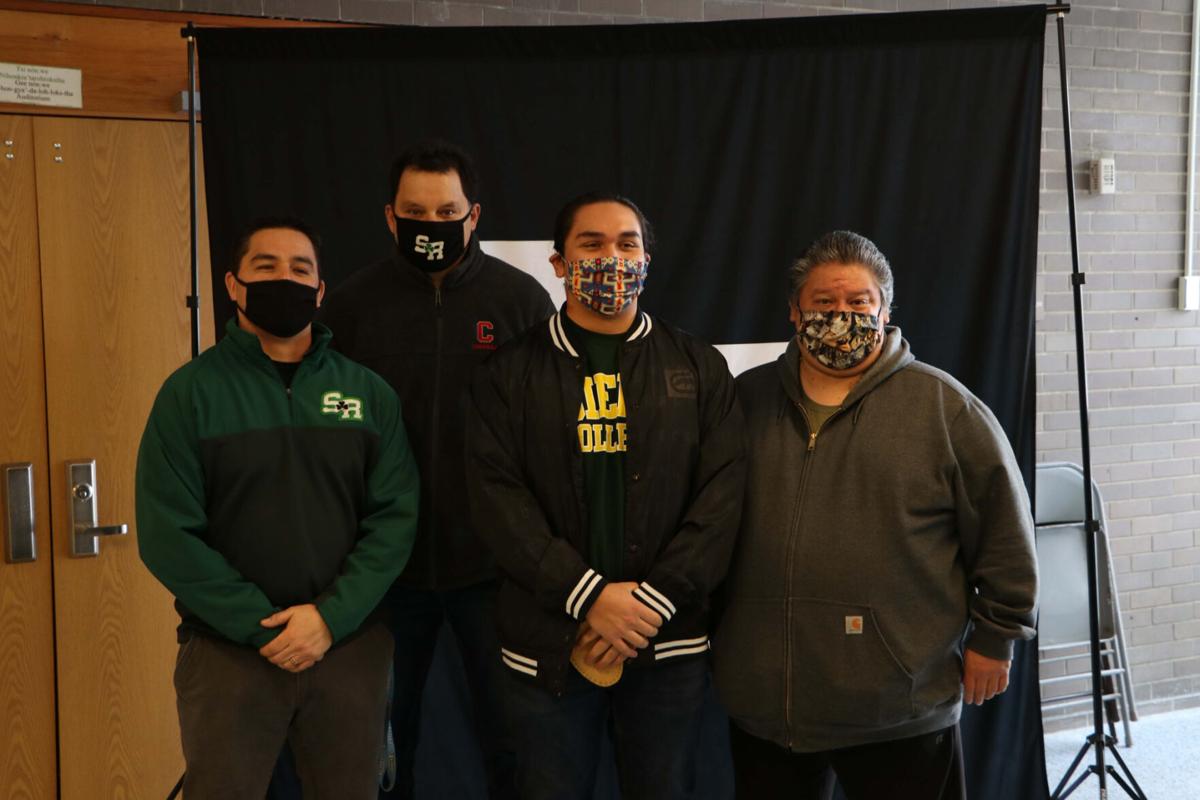 FORT COVINGTON – As Tahnaokata Elijah went to hang up the phone after saying goodbye to Siena men’s lacrosse coach Liam Gleason, the latter said something striking.

The Mohawk word for bye.

Elijah, a 5-foot, 9-inch midfielder, was sold on the spot. But before the Hogansburg native signed his national letter of intent, he first had to wade through the murky waters of college hunting, which was further complicated by the COVID-19 pandemic.

“At first I was pretty worried,” Elijah said. “I knew a lot of recruiting events were shut down, and I was worried that I wouldn’t get exposure to coaches when the virus first hit.”

The NCAA deadlock periods weren’t the only hindrance for Elijah.

“It really impacted my growth too, because I didn’t get to practice all summer,” he said. “Coming into the fall, I was a bit worried because it was my senior year and I wasn’t committed to a school yet. Then Siena came along and made everything feel safer and better.”

Neil George and Owen Benedict, Elijah’s varsity coaches in the past, were present for the customary signing. They’ve watched him develop over the years, and noted his versatility as his biggest strength.

Benedict added, “He’s got heart, he’s got legs, he’s got good hands, he’s good defensively, he can play with his short stick, and can play with his long stick. He’s just multidimensional. He’s an asset to any team he plays on. He always has been since he’s been little.”

Elijah has come a long way in his lacrosse journey.

“When he first started, he was real slow. He had to get speed,” said Nik, Elijah’s father. “He had to learn how to play defense before he could play offense.”

Now, Elijah’s speed has been much improved to the point where he can be fluid in any role given to him. And Siena isn’t the only blip on the radar.

“He’s one of those kids you can put anywhere on the field,” Salmon River coach Jim Barnes said. “Field lacrosse, box lacrosse… he’s in tryouts too. He’s in the process – hopefully – with the U19 group, so he’s going to be playing international and he’s got some big things going ahead of him.”

Elijah is currently undecided on what he wants to major in, but he plans to pursue being a Mohawk language teacher at the Akwesasne Freedom School.

In the meantime, Elijah is ready for the next step. With the stress of hunting for colleges behind him, he’s gearing towards accomplishing his childhood ambition.

“It was like a dream come true because I really wanted to play Division I lacrosse since I started (varsity) in ninth grade,” Elijah said. “I’ve always tried to keep my grades up because I knew I’d need something like that to go play Division I.”

After speaking with Gleason, and being recruited by Siena men’s lacrosse, Elijah was left with no doubt he made the right choice.

“The whole coaching staff there – they made me feel comfortable with this decision to go there,” Elijah said. “They really came up to me and tried to bring me into their family.”

Before Elijah heads to Loudonville, he hopes to have one more lacrosse season with Salmon River. His last varsity game was a first-round exit in the state playoffs against eventual Class D champion LaFayette two years ago.

With spring championships already cancelled by the NYSPHSAA in order to maximize the regular season, Elijah’s hope is to have just one more high school lacrosse experience. Then it’ll be time for college.

Time to say ó:nen to the Shamrocks.