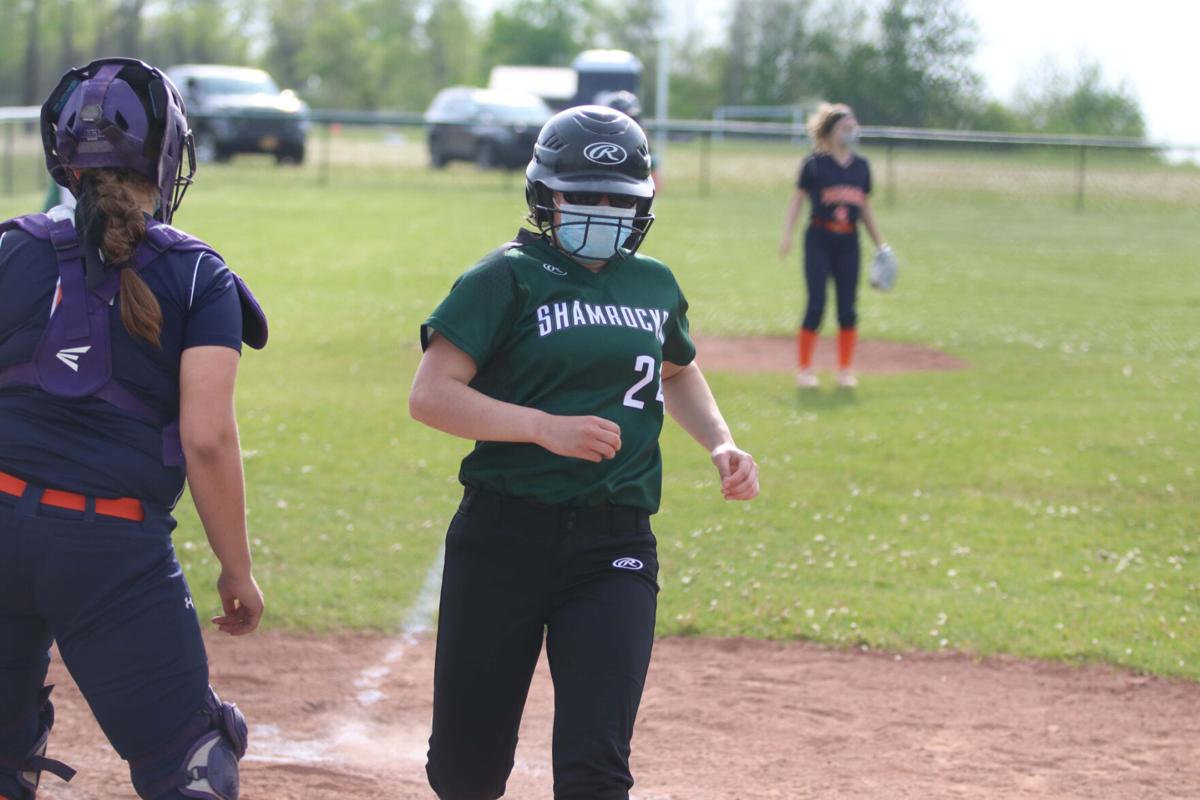 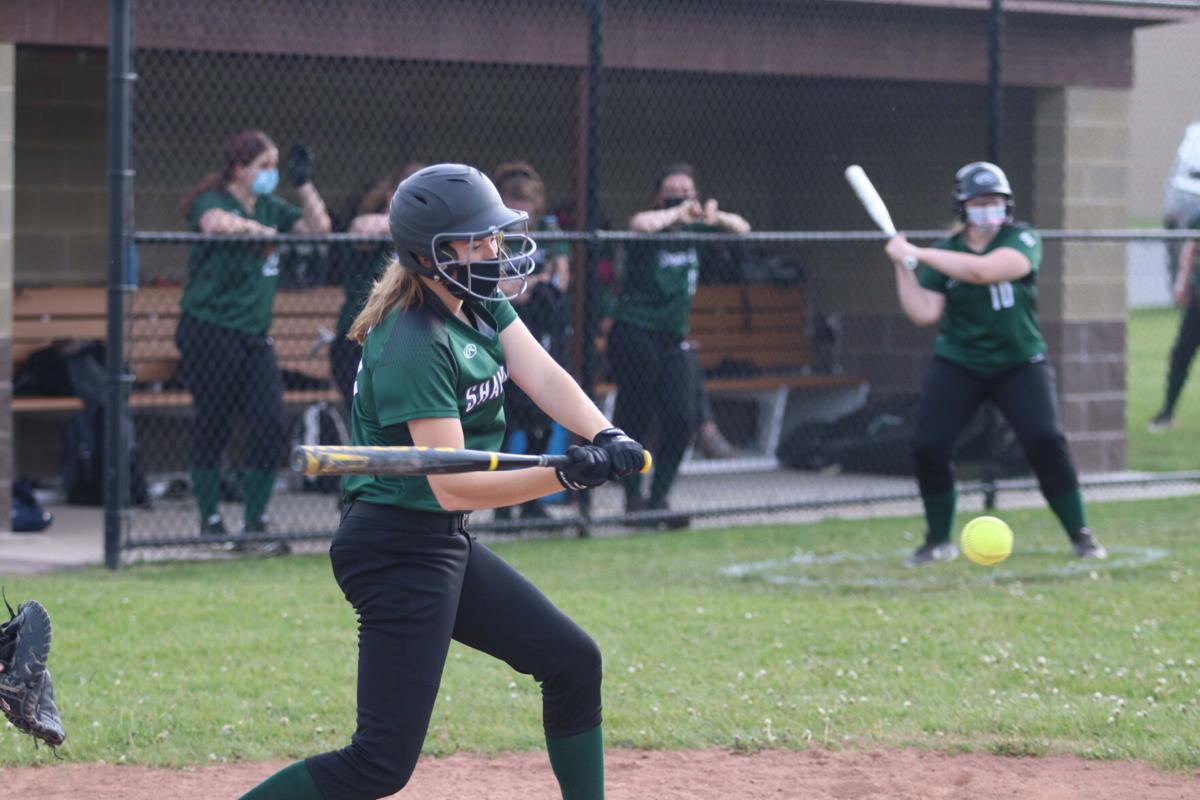 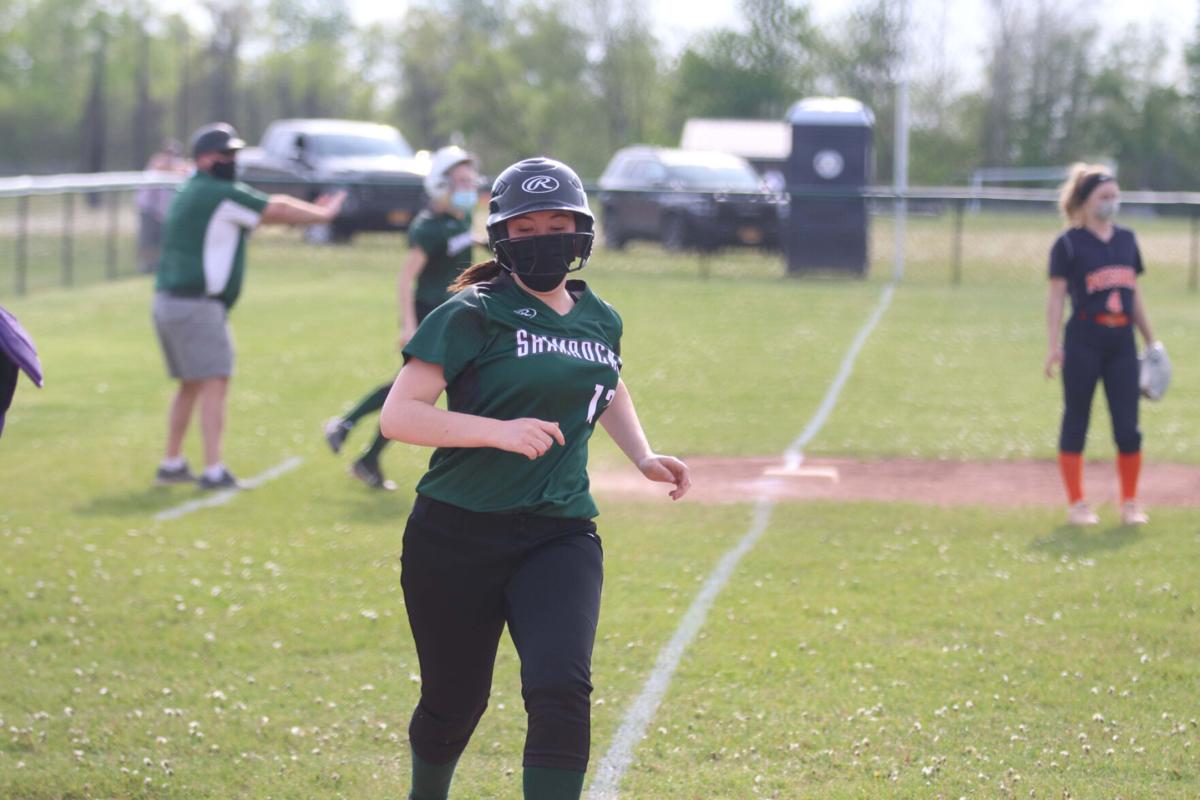 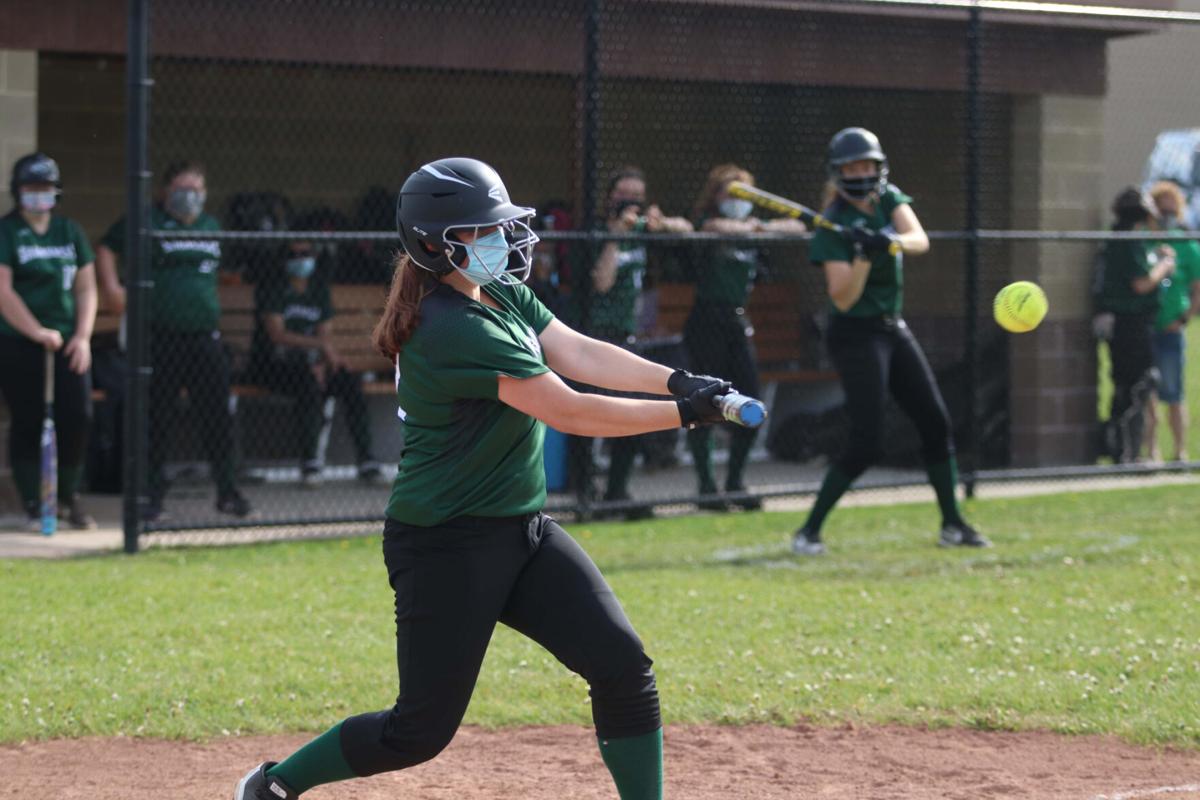 FORT COVINGTON – Down 5-0 in the second inning, Salmon River softball flipped the switch.

Rachael Cunningham hit a double worth two RBIs to get on the board. After Cunningham made it home herself, Jacobi Mitchell batted in Alina Sherman and McKenzi Slyman to tie the game heading into the top of the third.

“We had that one inning where our heads weren’t there,” Mitchell said. “Then we were like, ‘Yo, we’re close. We need to close the gap.”

While the Shamrocks rallied early with five straight runs to mirror Potsdam, they ultimately fell, 16-10 at home on Tuesday.

“I feel like in the beginning, we all had our heads up. Our focus was to the game, and then they got so many runs ahead of us and our heads just dropped,” Mitchell said. “We just lost our focus.”

The Sandstoners (1-6, 2-6) scored four runs in the top of the third to pull ahead once more.

After being a year removed from competition, both Salmon River and Potsdam softball have had rocky starts to their seasons. Both entered looking for their first divisional win, and the Shamrocks knew what they needed to do to compete.

“Focus on our hitting,” Mitchell said. “Our defense will come with it.”

The defense came as the game wore on. Salmon River’s field limited damage when Potsdam had loaded bases, and didn’t give anything up in the top of the fourth with three runners on.

“The girls are very competitive as a group,” Shamrocks coach Chad Phippen said. “They really try hard every day in practice to excel at the drills that we’re doing and continue to improve.”

Phippen attributed Salmon River’s ability to keep within the game to the team’s veterancy. Of the 12 players on the roster, nine are seniors. The rest of the team is composed of juniors.

Experience does go a long way.

“You know, I think the maturity level – I have nine seniors – I think helps drive the motivation to come back, not to be satisfied with where they’re at,” Phippen said. “This week in practice, we focused on really hitting the ball hard and hit it on the nose.”

After the offensive burst in the second stanza, Salmon River didn’t make it on base once in the following two innings. Several plays were made at first base, and the Sandstoners field limited the Shamrocks at the plate.

After Potsdam piled on four more runs, Mitchell got on base with a line drive to left field. Once she made it to third base, Thompson batted her in to cut it 9-6.

B6 | Salmon River is putting something together here. First, Wylie bats in Alexis David.Then, Myranda Collette ran home right after. Shamrocks chip away at their deficit, 12-8 Potsdam. pic.twitter.com/D8YopfiLRk

“I think we had some hits that went into gap areas. Throughout the year, when we do hit the ball it always goes right where the opponents are playing,” Phippen said. “Today, we seemed to get some of the bounces that we’ve been giving up and (that) contributed to getting some offense going.

“I think sometimes in softball we don’t always expect the ball to be hit to us and when the girls saw the ball was coming off the bat, they were excited I think. It makes them excited to make the plays, and that really helps to keep everybody involved.”