Sign Up
Log In
Purchase a Subscription
You are the owner of this article.
Edit Article Add New Article
You have permission to edit this article.
Edit
Home
News
Sports
Obituaries
Local Living
Society
Opinion
Calendar
Archives
Ads
More
Share This
1 of 11 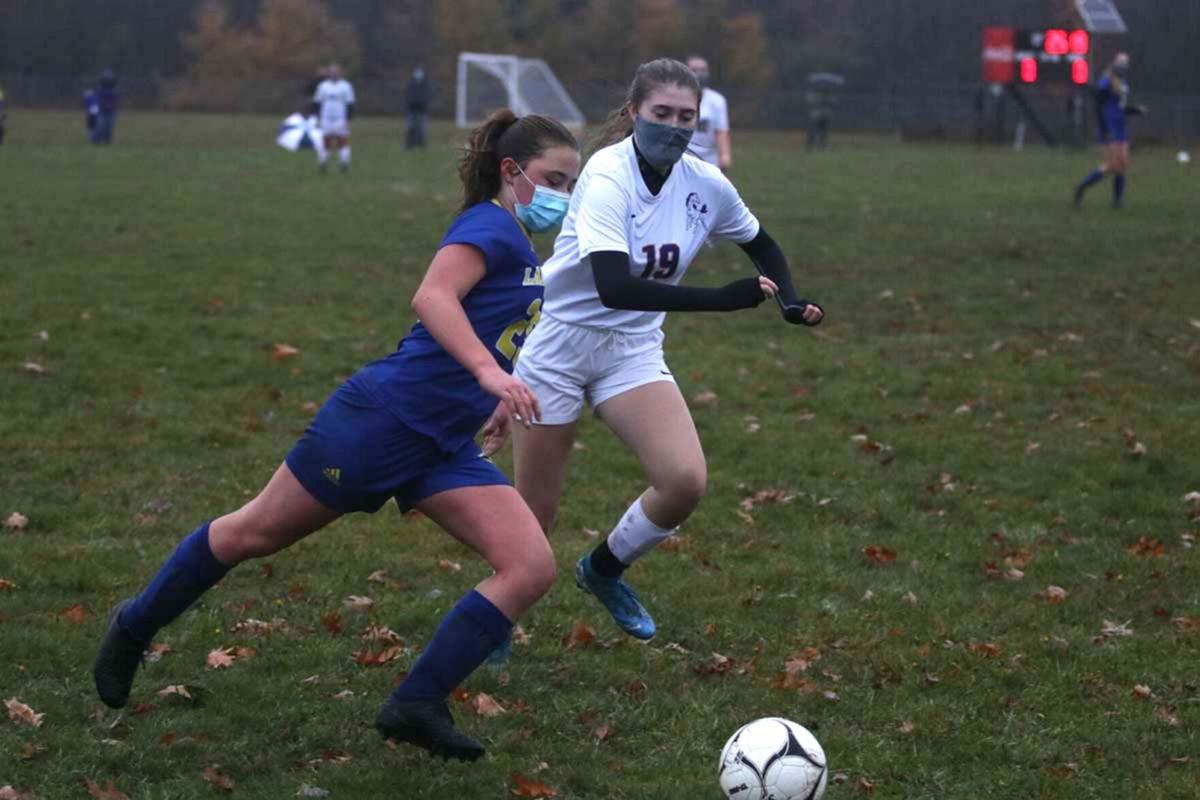 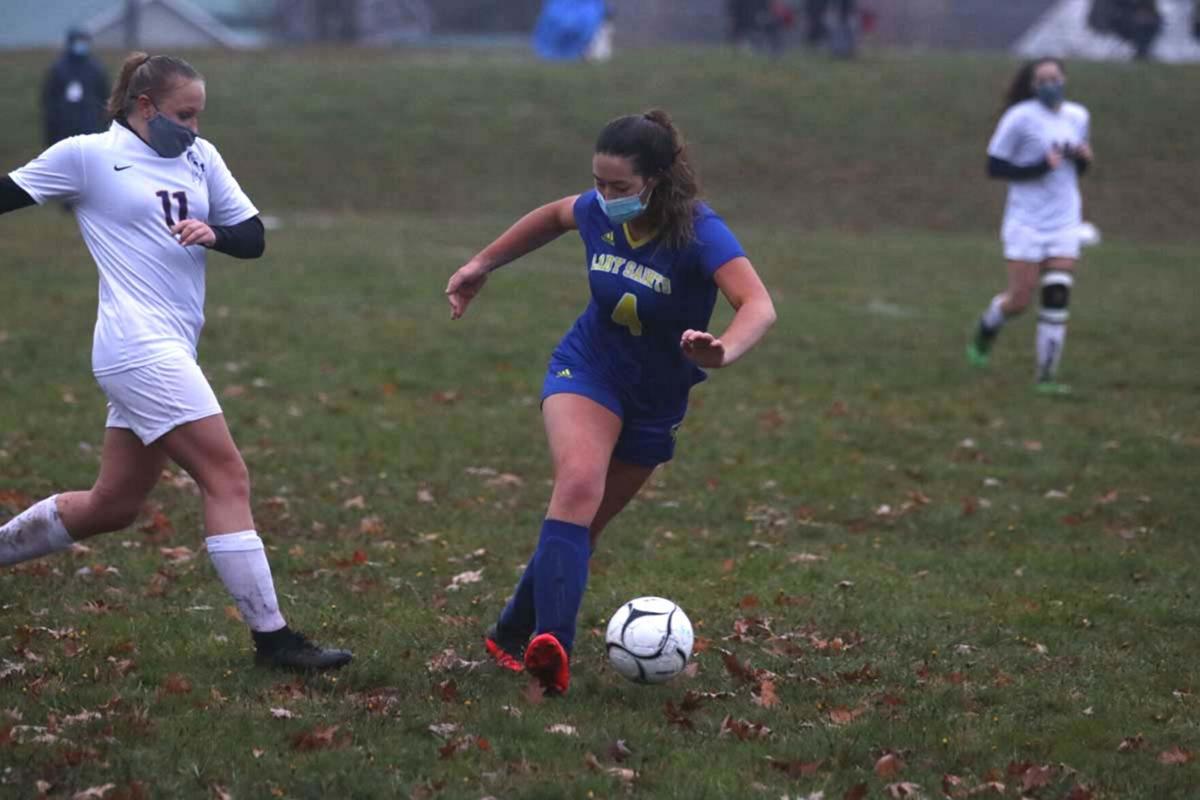 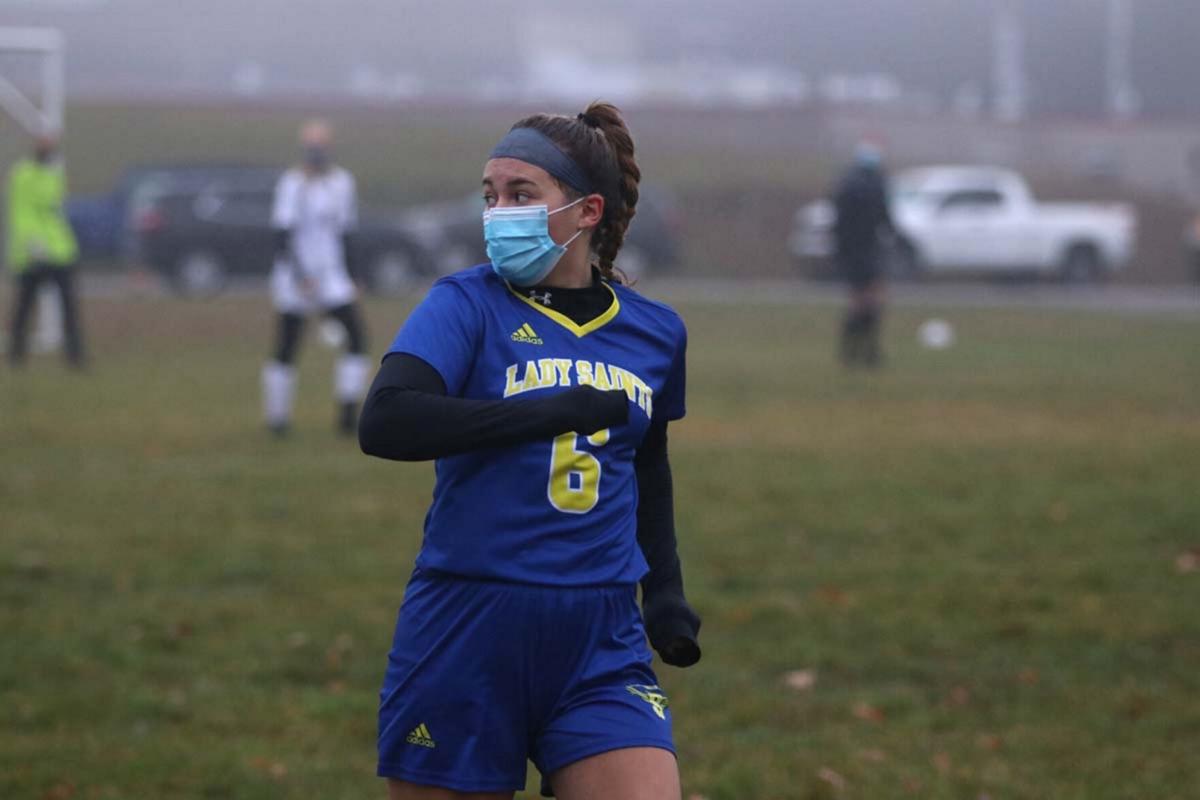 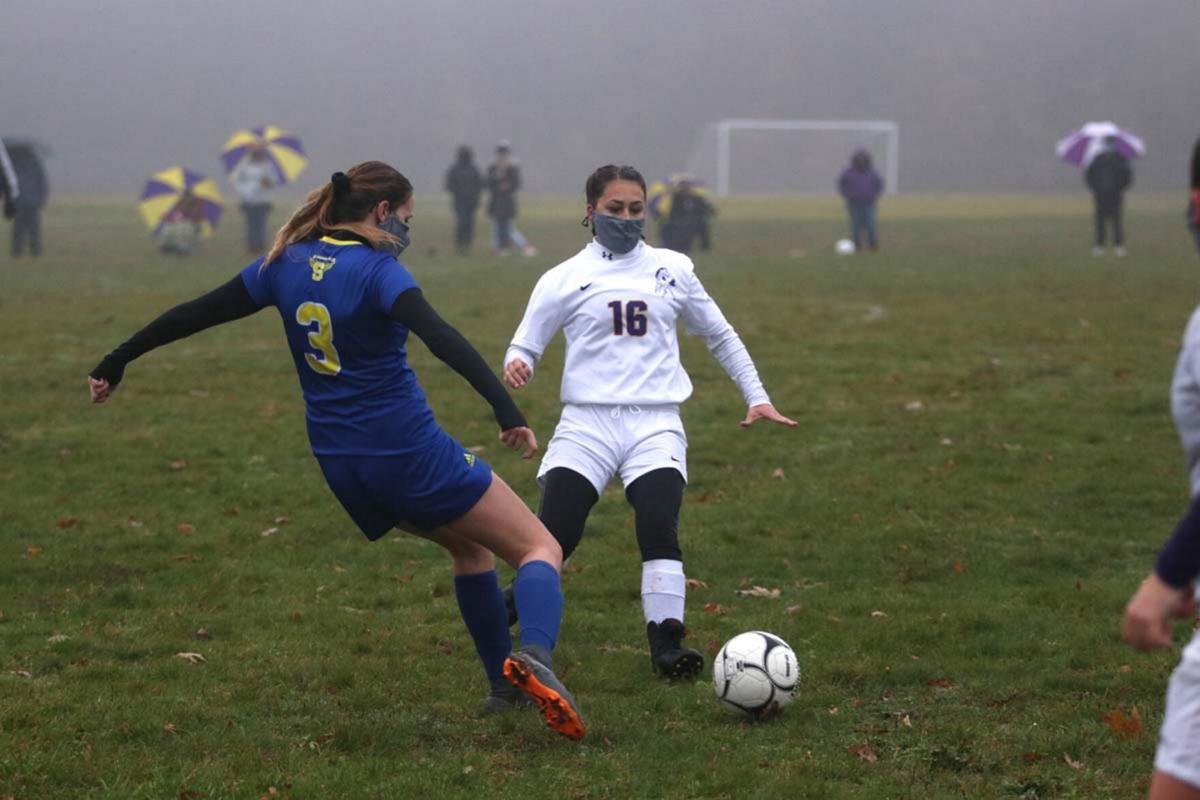 Jenna LaBar winding back to make a pass at midfield. Evan Wheaton/Malone Telegram 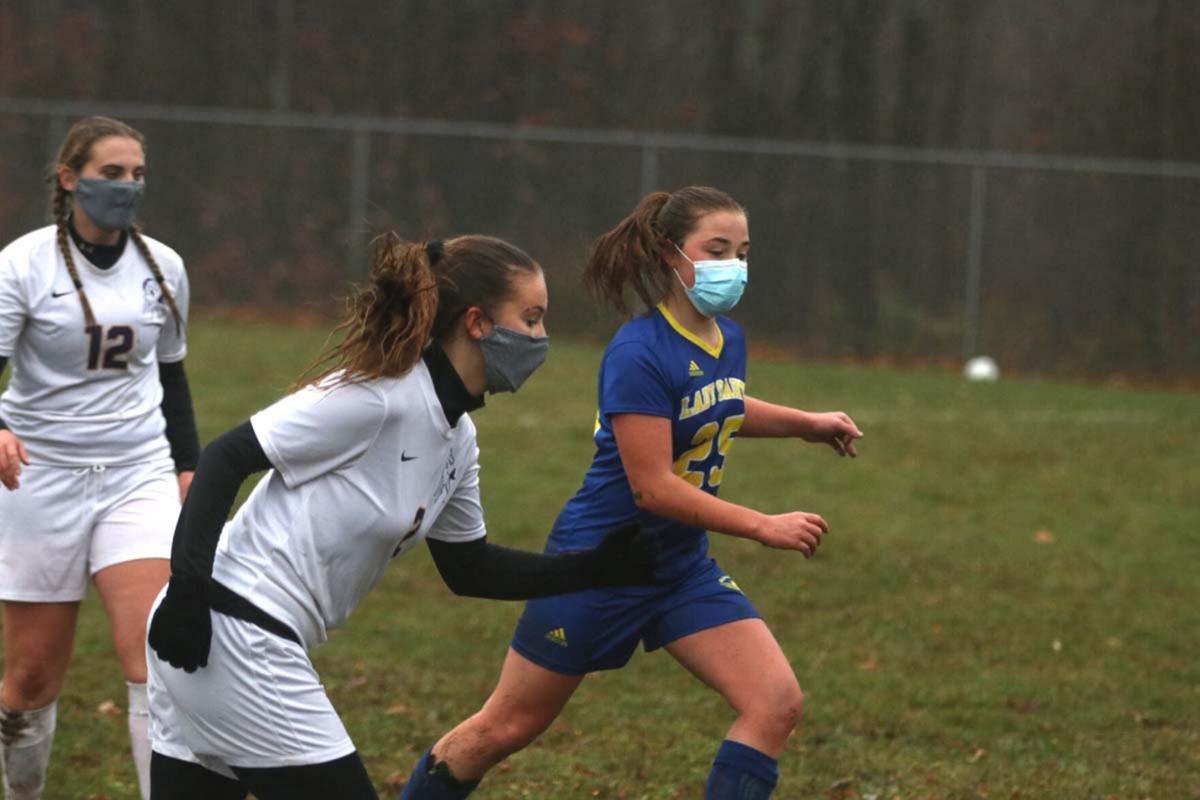 Abagail Greguire racing the Colts back line to the edge. Evan Wheaton/Malone Telegram 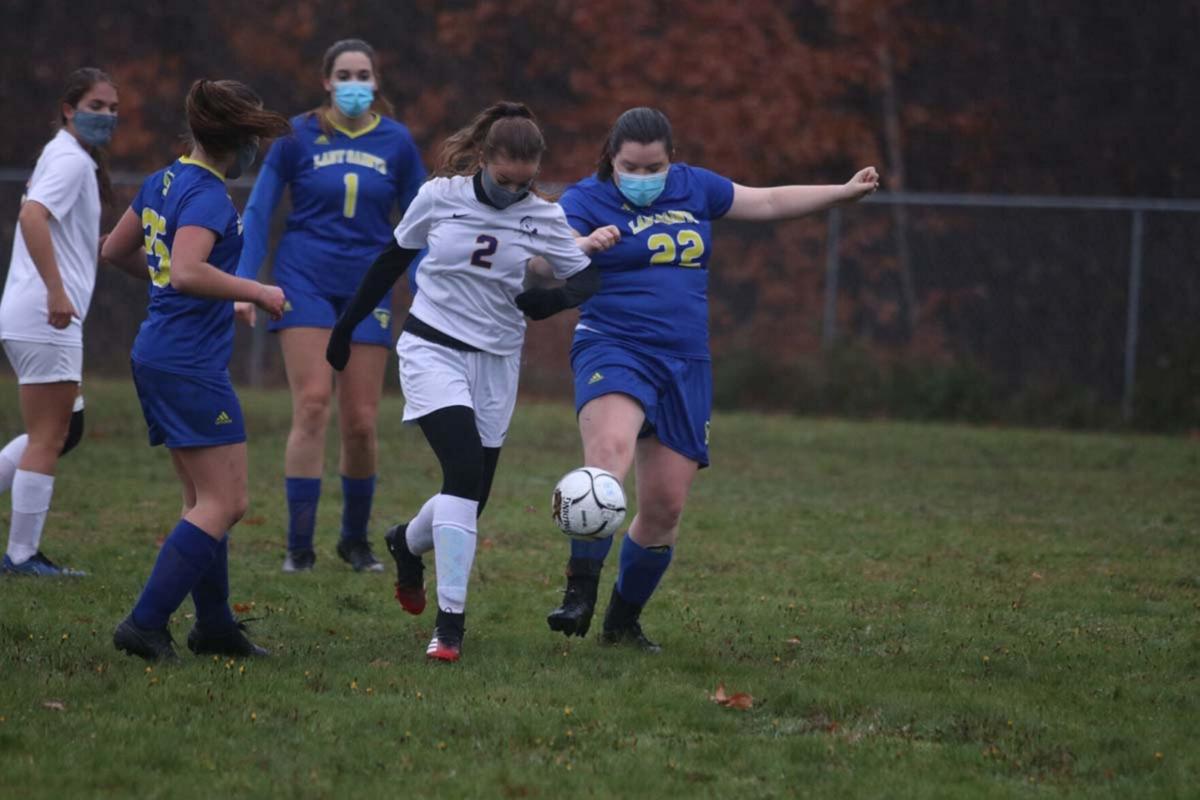 The Saints fell to Colton-Pierrepont 3-0 on Friday, and once again on Monday. Evan Wheaton/Malone Telegram 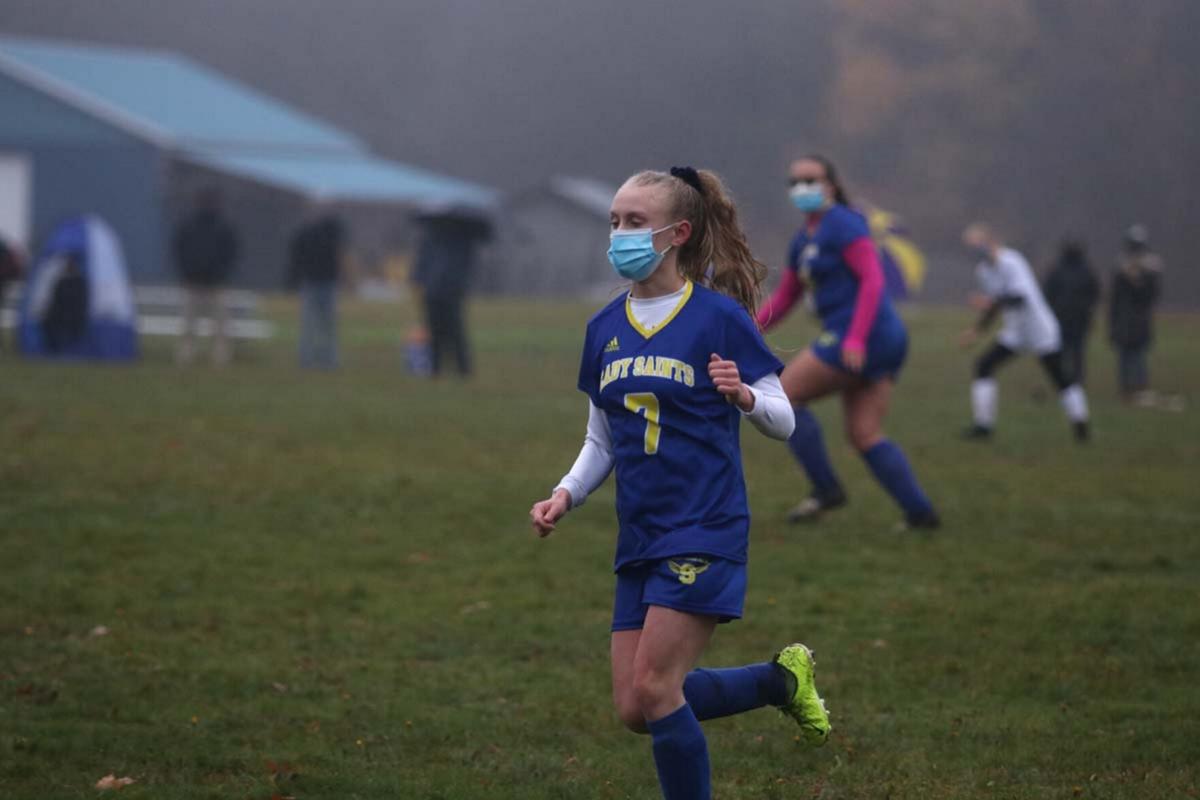 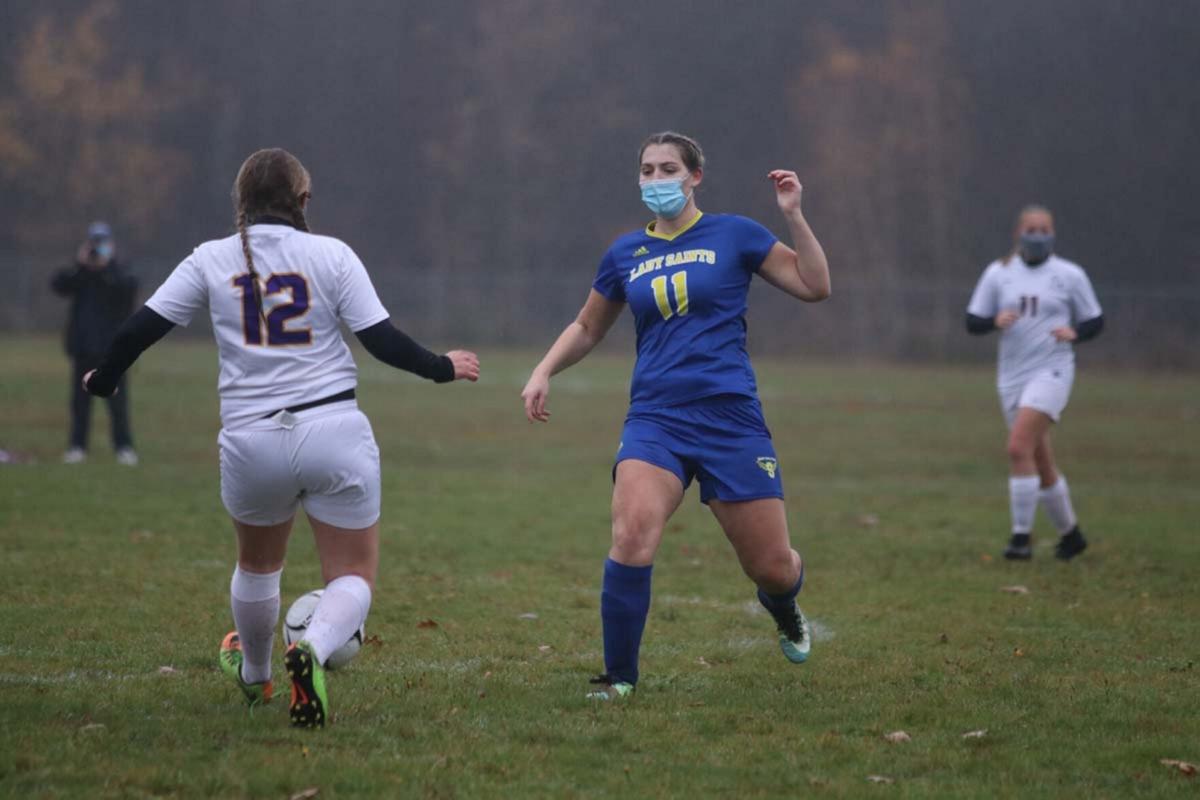 Kaitlyn Arcadi closing in on the Colts. Evan Wheaton/Malone Telegram 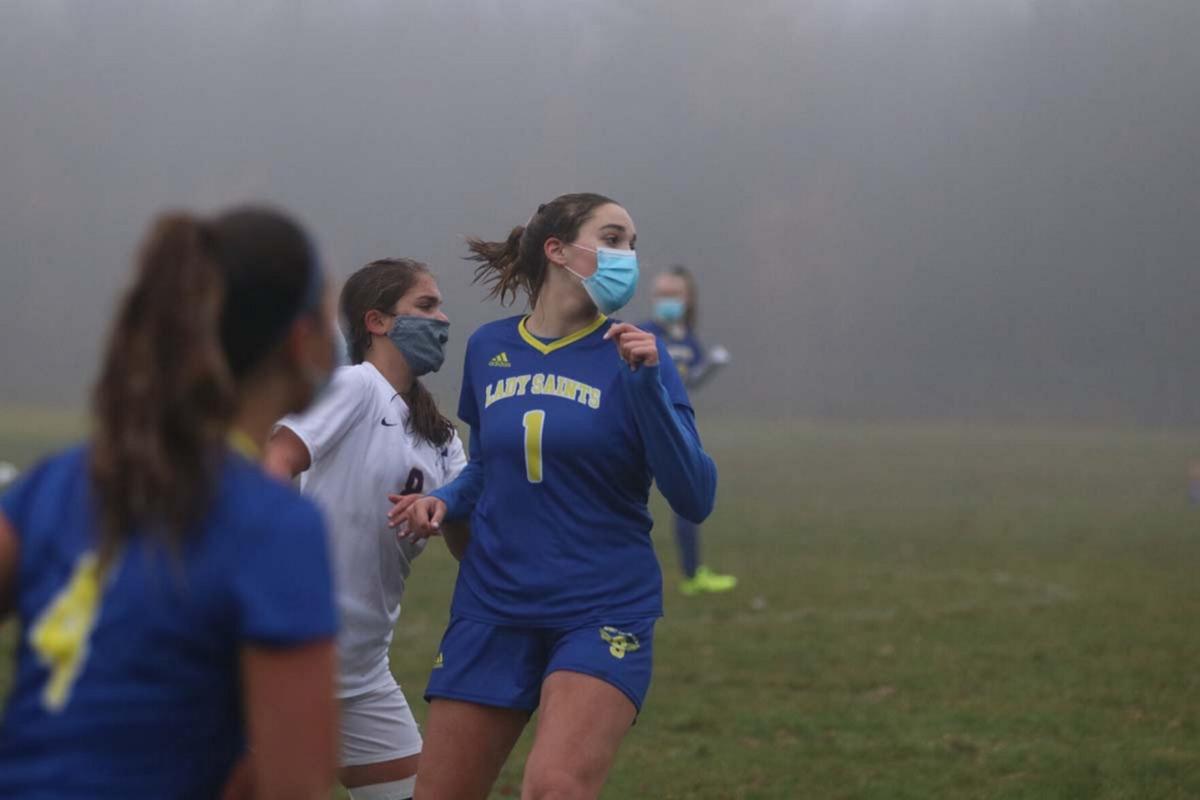 Autumn Cox looking on at a throw-in. Evan Wheaton/Malone Telegram 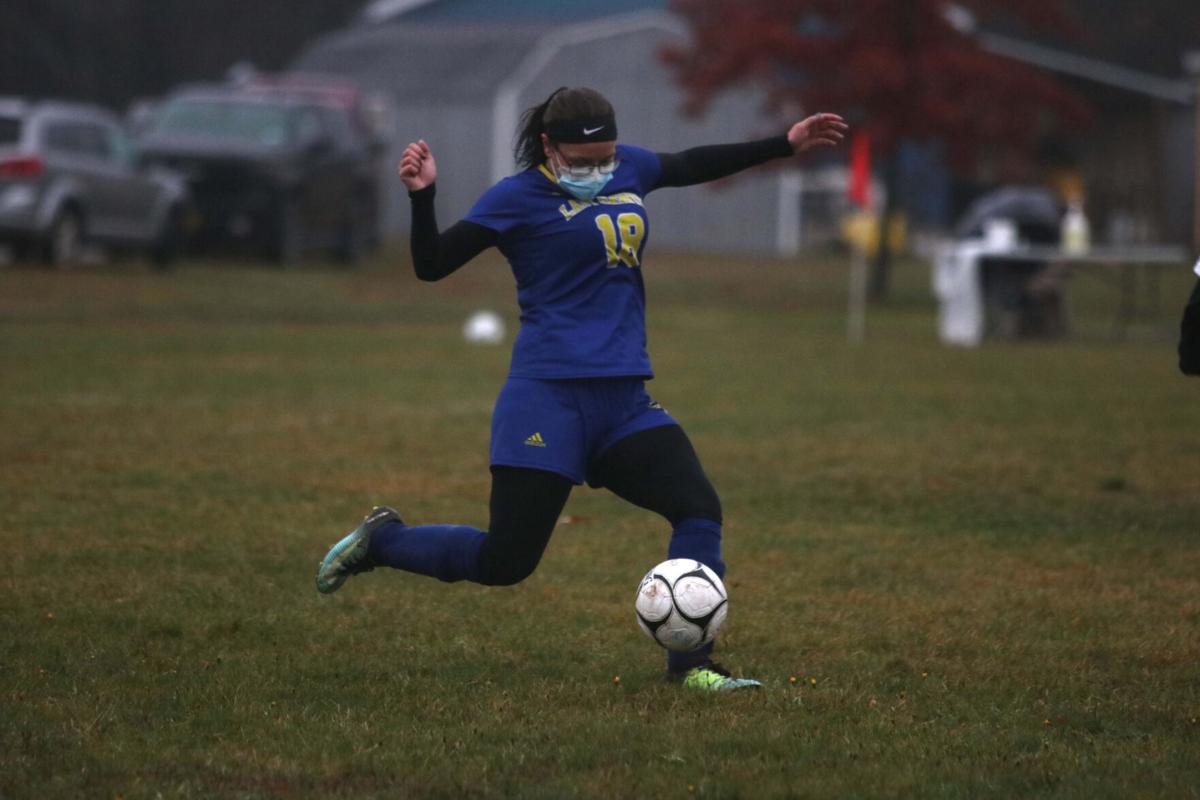 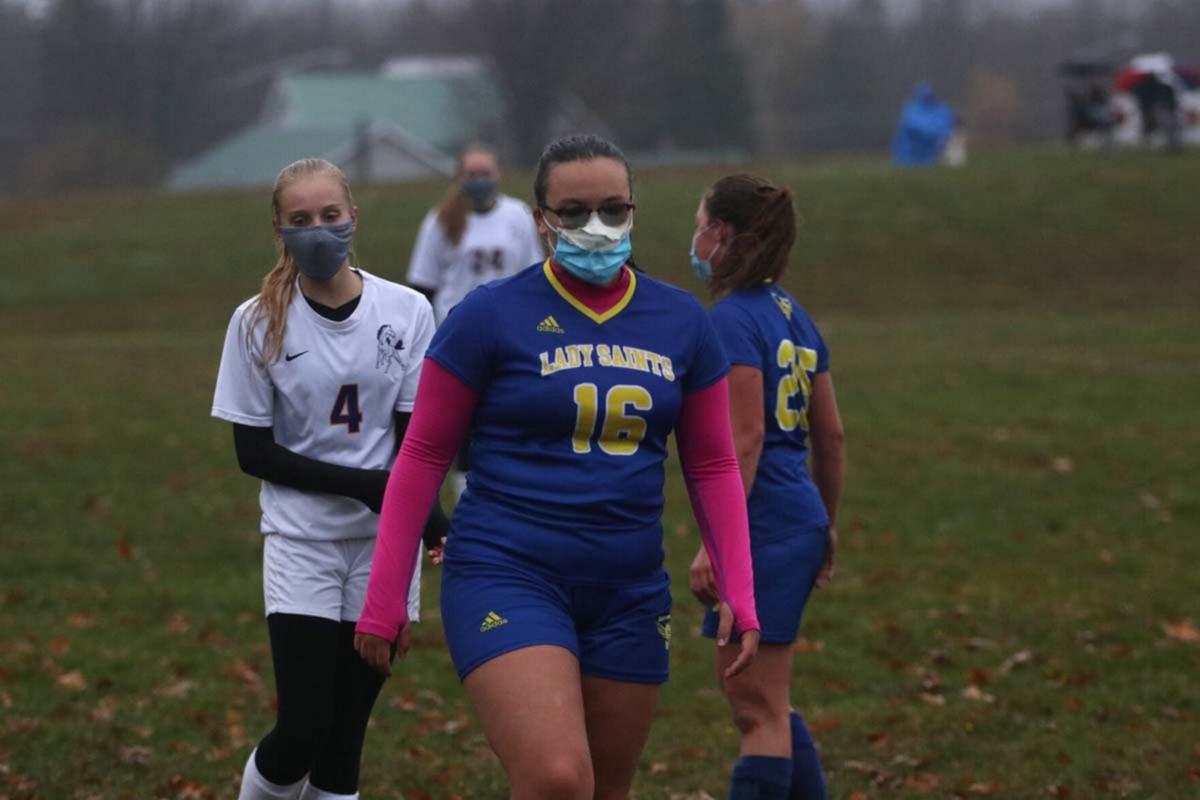 Jenna LaBar winding back to make a pass at midfield. Evan Wheaton/Malone Telegram

Abagail Greguire racing the Colts back line to the edge. Evan Wheaton/Malone Telegram

The Saints fell to Colton-Pierrepont 3-0 on Friday, and once again on Monday. Evan Wheaton/Malone Telegram

Kaitlyn Arcadi closing in on the Colts. Evan Wheaton/Malone Telegram

Autumn Cox looking on at a throw-in. Evan Wheaton/Malone Telegram

ST. REGIS FALLS — Colton-Pierrepont’s rematch with St. Regis Falls girls soccer on Monday was a repeat of the 3-0 victory in the Colts’ favor from last Friday.

“We had about the same amount of chances to score this time as we did when we played them on Friday. We had some good offensive opportunities, we just couldn’t quite finish,” Saints coach Wendie Boucher said. Most of those opportunities came in the second half, as Colton-Pierrepont had St. Regis Falls pinned in their zone for much of the first frame.

The closest the Saints came to scoring was when a goal was called back on an offside call. Jenna LaBar ran up the middle of the box with separation to receive a pass from Kaitlyn Arcadi for a go-ahead goal, but the timing was just off.

Arcadi also had a great look on the left flank late in the second half and took a shot that was saved at the Colts net by Kendall LaMora (seven saves).

“Arcadi had a really nice shot – their goalie was good. She definitely had a nice save there,” Boucher said. “It seems to be the story of our season. We’re there, we’re right there ready to score and we can’t quite finish at the end.”

Colton-Pierrepont’s Kaitlyn Houston broke the stalemate in the 57th minute with a shot delivered just under the middle of the crossbar. Skyler Thomann also had a pair of goals to give the Colts a cushion for the remainder of the contest.

Players have had to step into new positions to fill the vacancies and adapt on the fly in order to keep the defense going. As a result, the Saints back line struggled to clear the ball at times, with Thomann’s first score being a consequence of it.

“We were missing Rhea (Work) in the back and she’s the ball-clearer typically. She’s the one that takes care of that. So I think they’re still trying to adjust to that. We lost her right around halftime of the Friday night game,” Boucher said. “Trinity Hartson does a great job back there too, but she’s been that up-defender instead of that back-defender. So we’re definitely playing around with it a little bit more.”

Due to the lengthy time of possession from the Colts, Caydence Rondeau saw a lot of action, making 12 saves on the night, with many of them in the first half.

“She played phenomenally. She worked really hard and had a couple of really beautiful saves,” Boucher said. “There were a couple there where I thought for sure she wasn’t going to get, one of them she barely tipped over with her fingers.

“She worked really hard, so I can’t really say enough. It was the same Friday night too.”

Monday’s matchup is the first of five scheduled games for St. Regis Falls this week. Without any time to mix in practices during the abbreviated season, the large intake of games per week has altered how the squad prepares.

“It’s been tough because we don’t really have a whole lot of time to work on what we’re lacking, what we need to work on,” Boucher said.

“Tomorrow we’ll try to go over everything we messed up that we missed and hopefully make that change before we turn around and try to play Chateaugay. And then they’ll end up with a night off. You can’t really go night after night after night. But they work really hard, so hopefully we can adapt and not have any more injuries and we’ll be good to go.”

The Franklin Academy boys soccer team won 2-1 against Ogdensburg at home. Ben Monette and Ryan Johnston each scored in the Huskies victory.

“Our guys stayed tough throughout and just got the job done,” Franklin Academy boys soccer coach Chris Yaw said. “Tough one, but a big two points in the table for sure. Simon Dumas was a beast in defense and Jacob Lewis and Harrison Hungerford were very tough in the midfield.”

The Franklin Academy girls soccer team also picked up a win against Ogdensburg to improve to 3-3 on the season. Ryleigh McCauley scored a goal in the 78th minute to prevent an overtime period.

“Everyone got to play valuable minutes and contributed to this win. We didn’t come out the way I wanted us to, but we adjusted and had a nice game,” Bulldogs coach Jason LaPlante said. “Madrid is a great program and Justin (Richards) is a great coach. His kids are young and played really hard.”

Hailee Blair tied it up for the Yellowjackets six minutes after Grace Jarvis scored the first goal of the game for Chateaugay in the fourth minute. Olivia Cook also scored for the Bulldogs.

“I’m pleased with how we responded after they tied the game. I was really happy with some of our younger players off the bench today. Kara Dumas, Angela Dwyer had a nice game as well as Grace Bombard seeing her first action in net. Avery Tam also had a big game off the bench.”

Tam had a hat trick, while Chloe Champagne found the net twice. Laney Tiernan netted the second goal for Madrid-Waddington.

Brushton-Moira boys soccer also had a road game on Sunday. The Panthers fell to Parishville-Hopkinton, 4-1.