You are the owner of this article.
Edit Article Add New Article
You have permission to edit this article.
Edit
Home
News
Sports
Obituaries
Local Living
Society
Opinion
Calendar
Archives
Ads
More
Share This
1 of 10 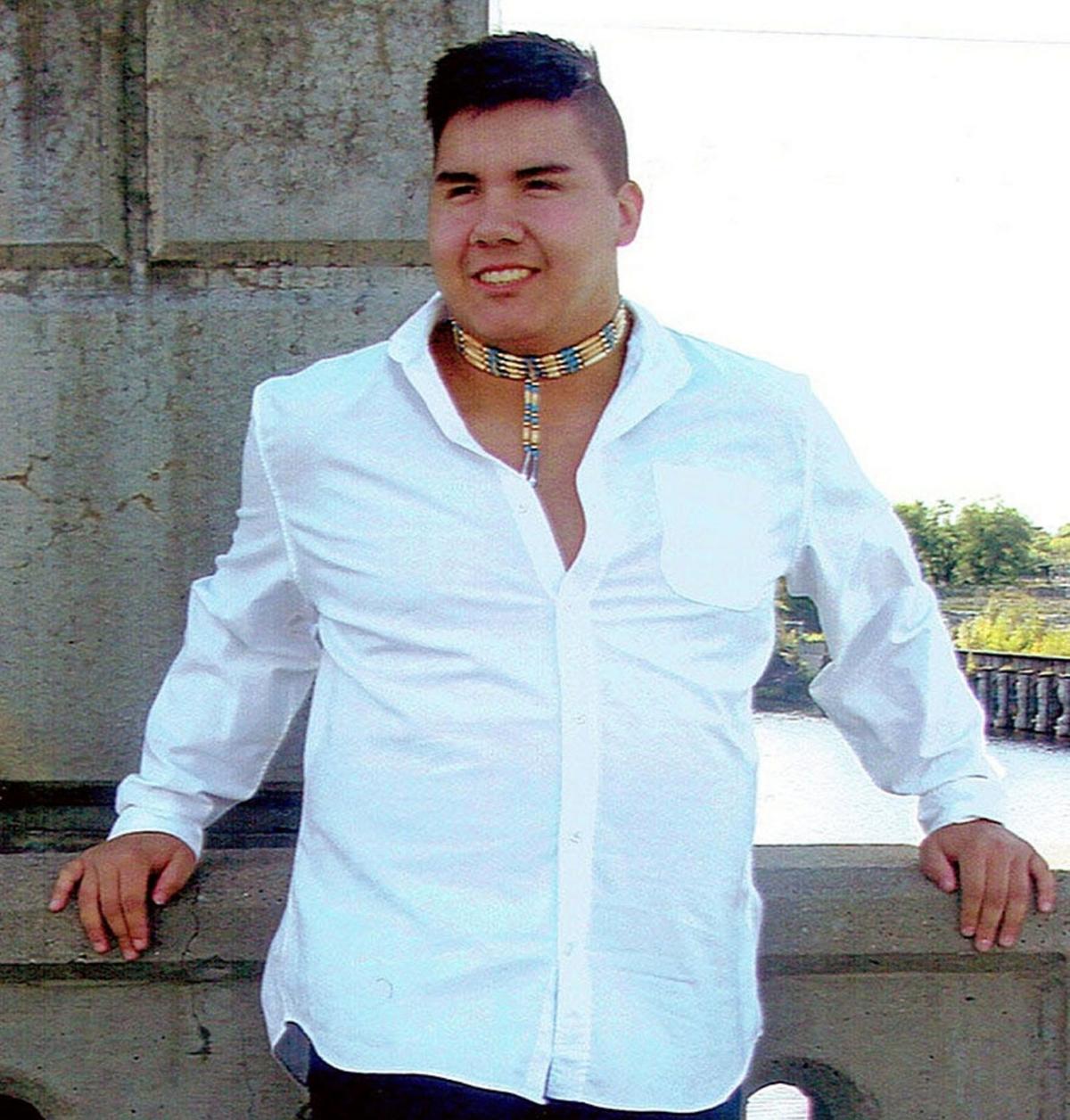 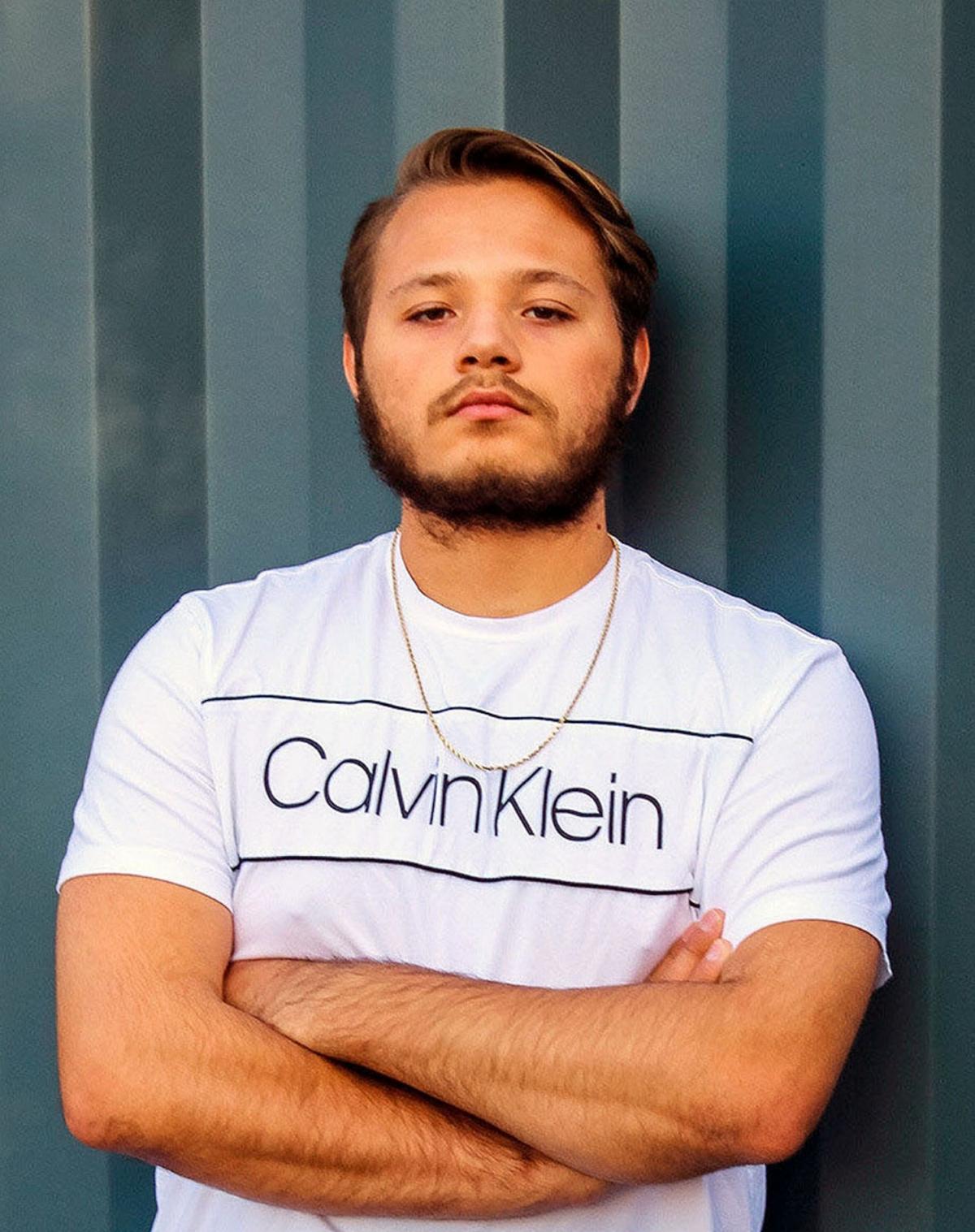 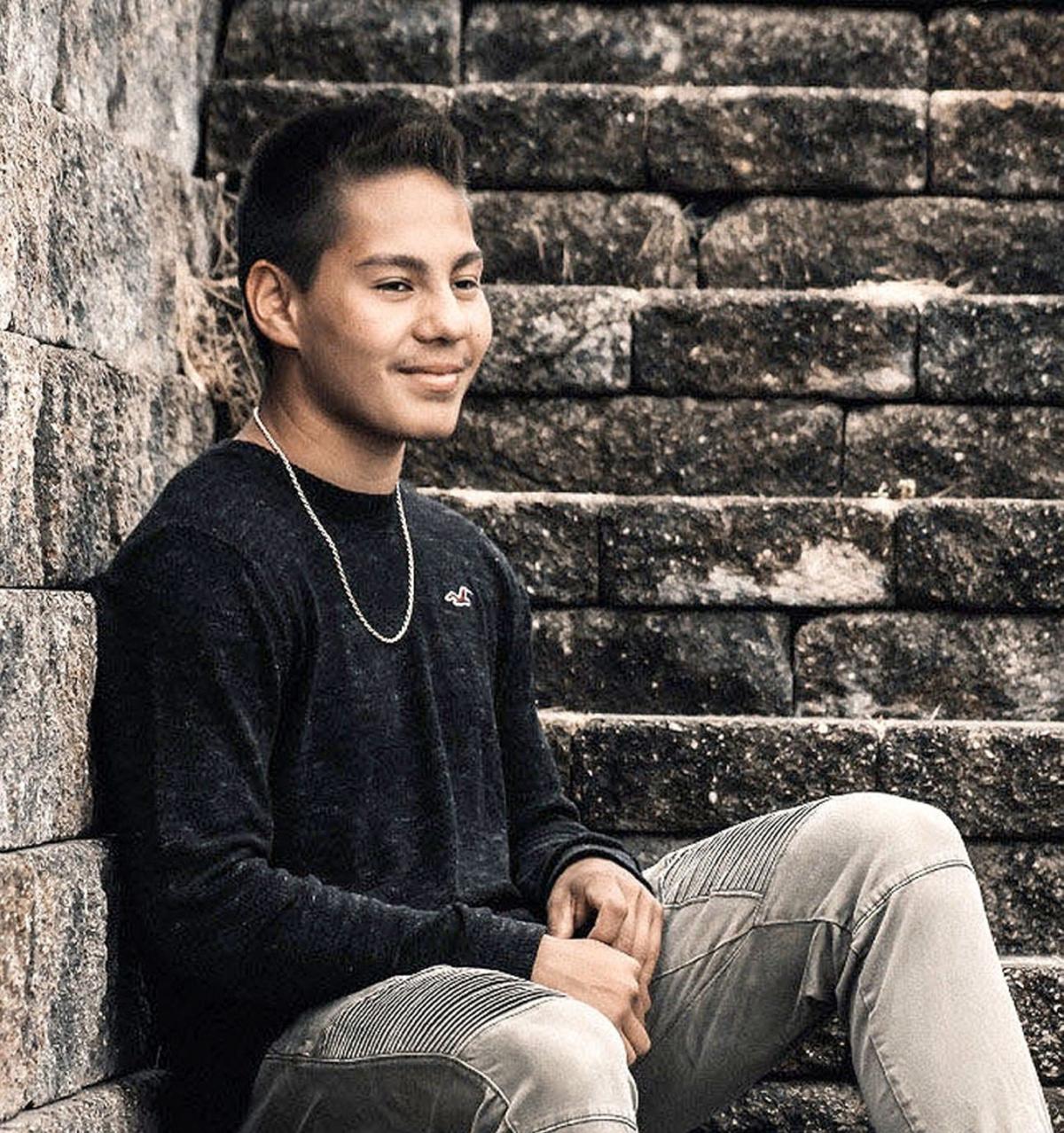 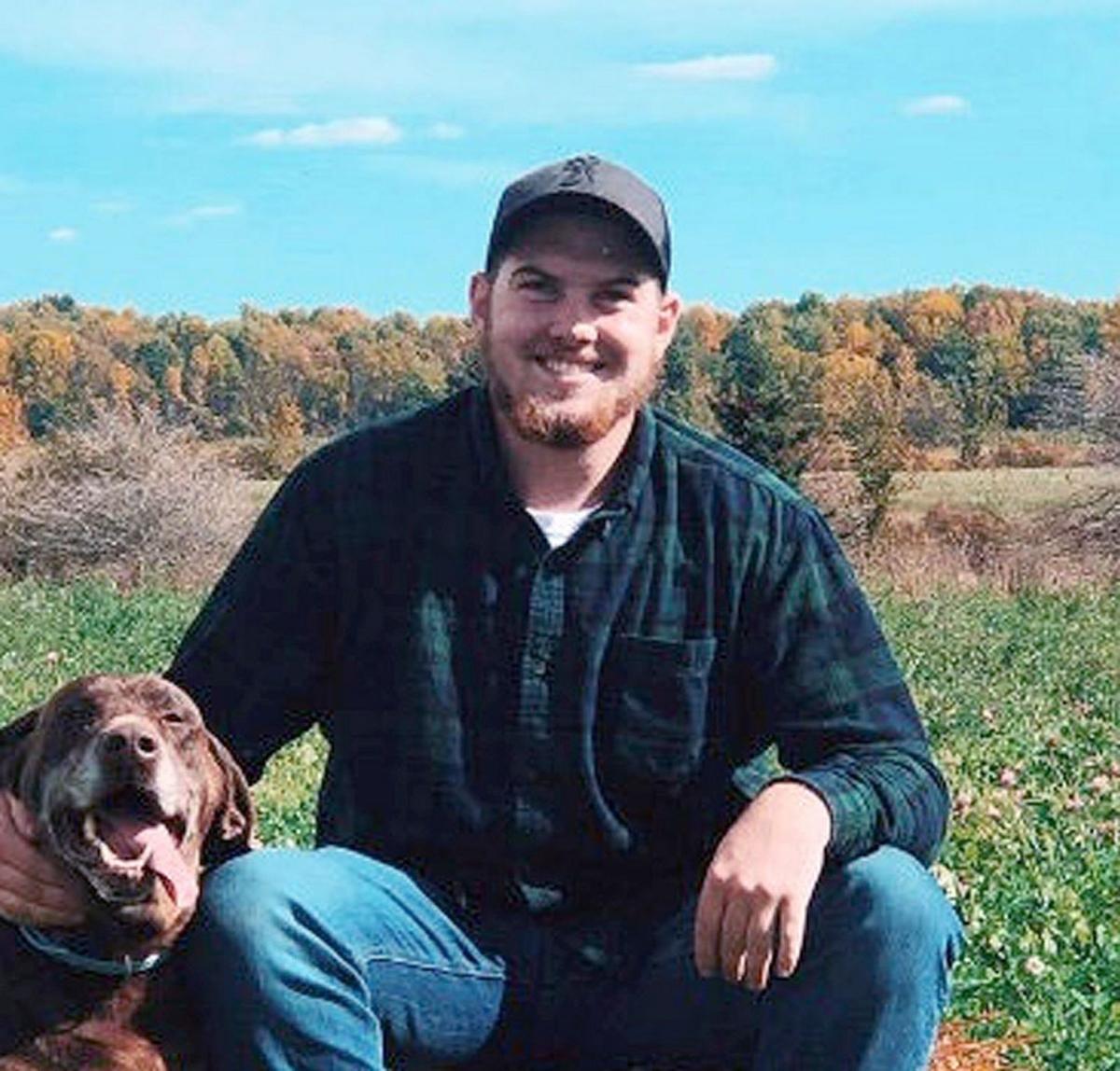 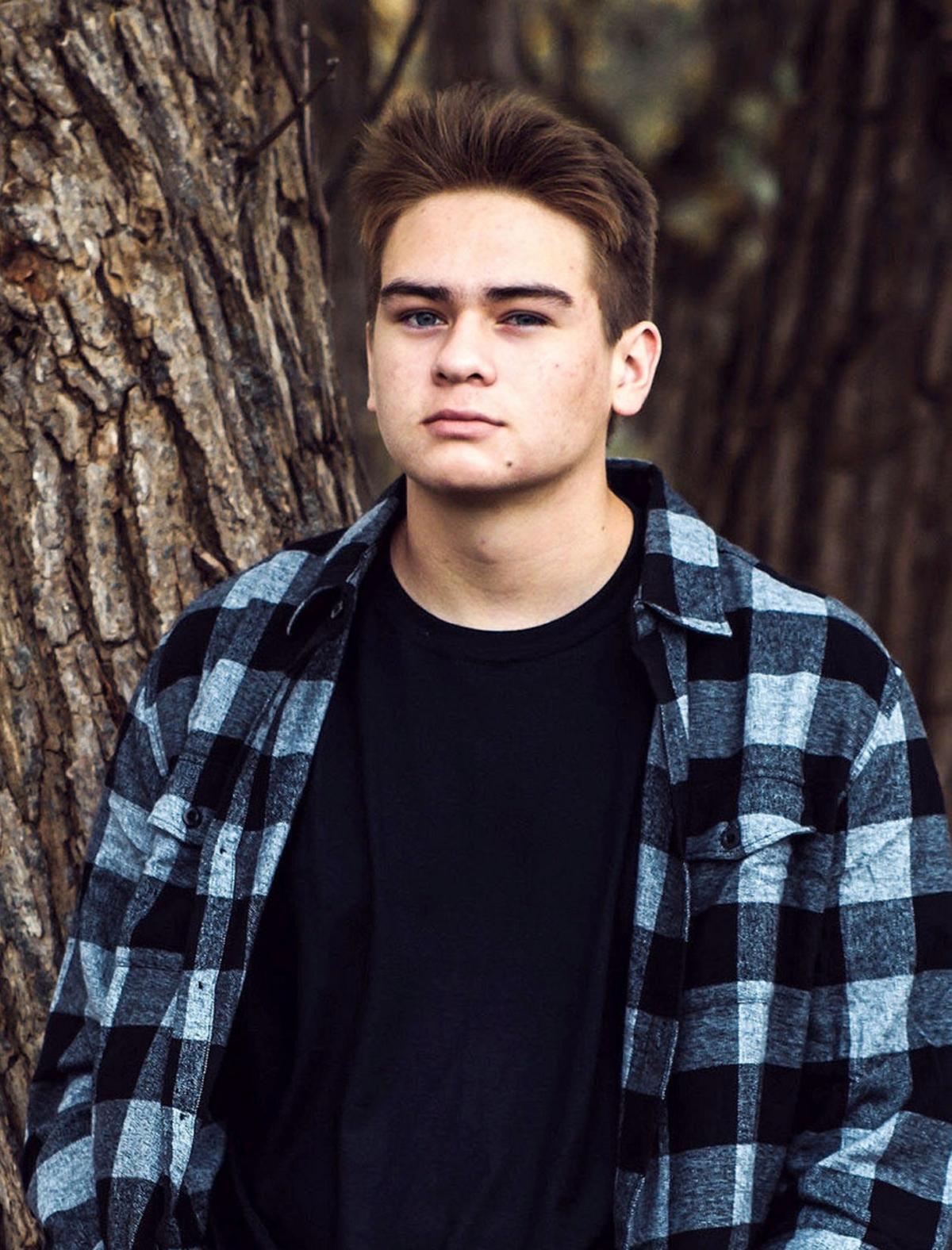 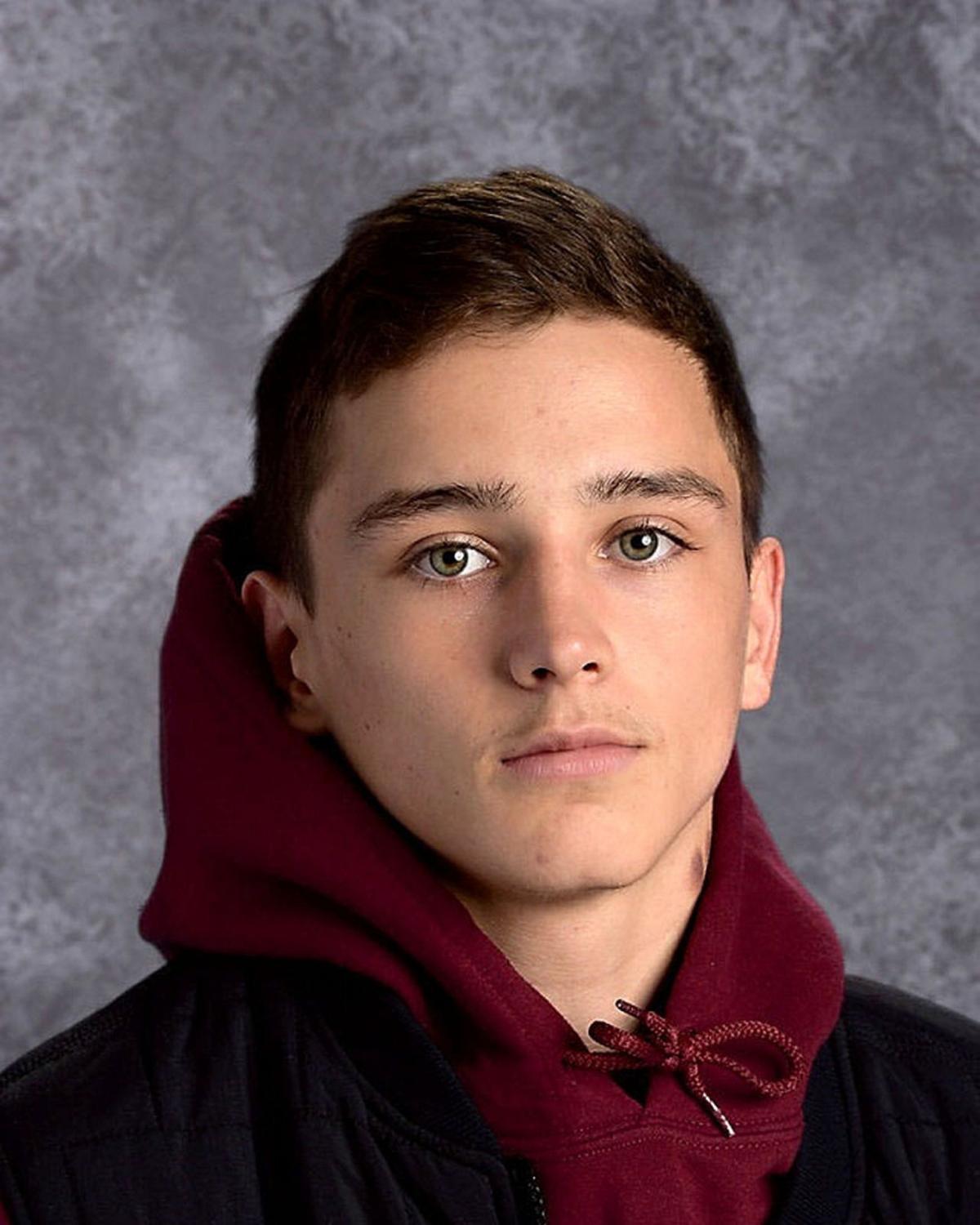 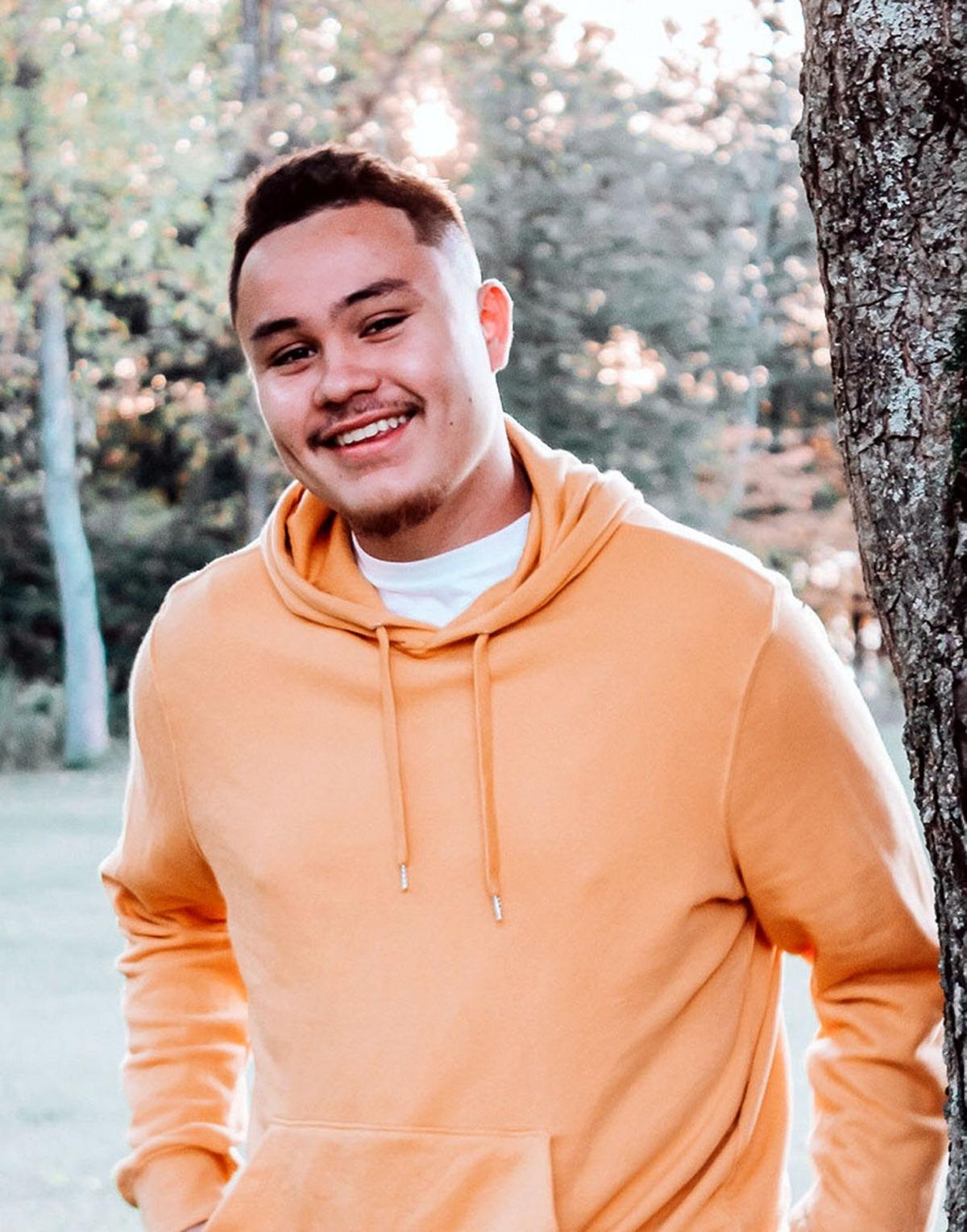 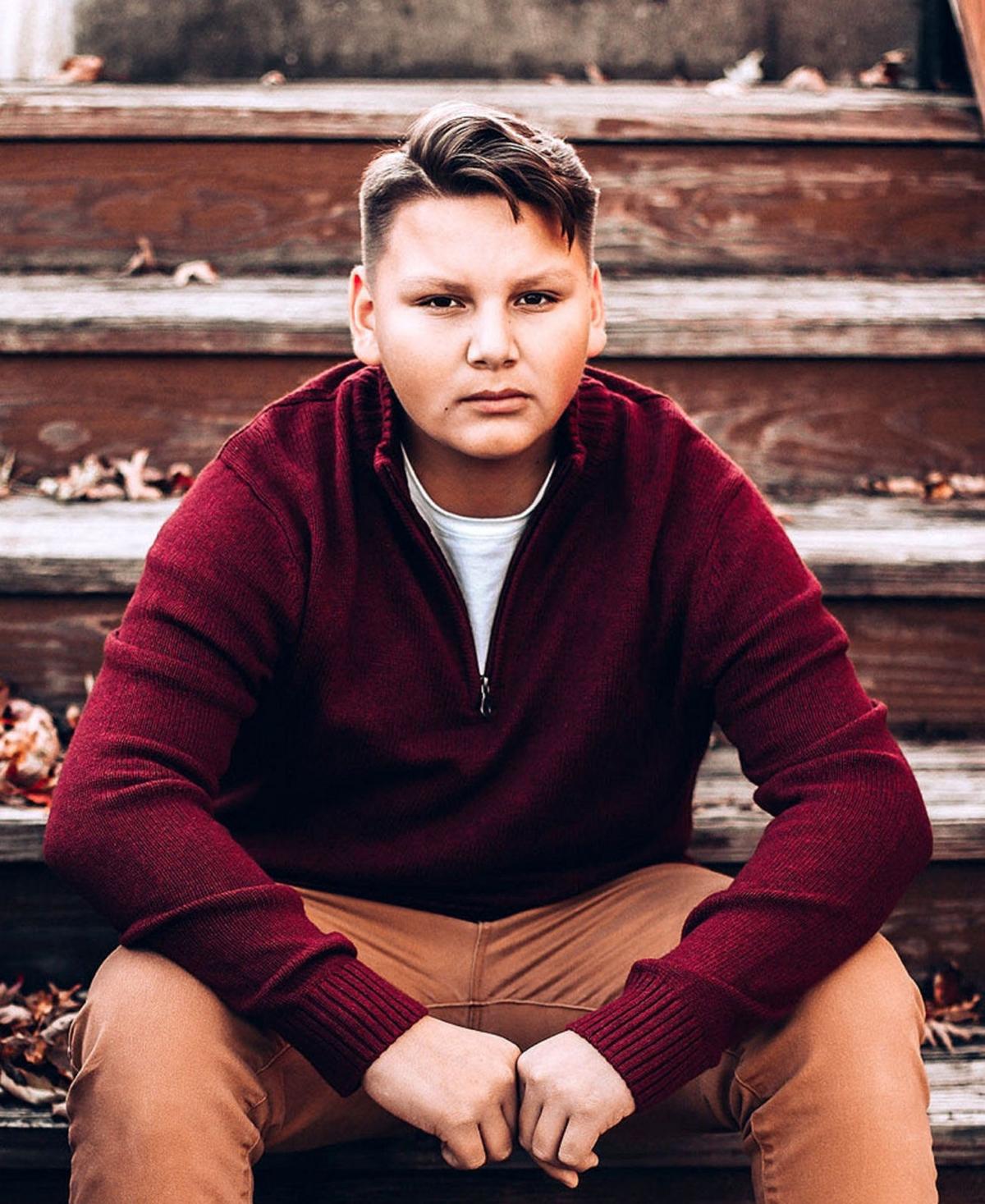 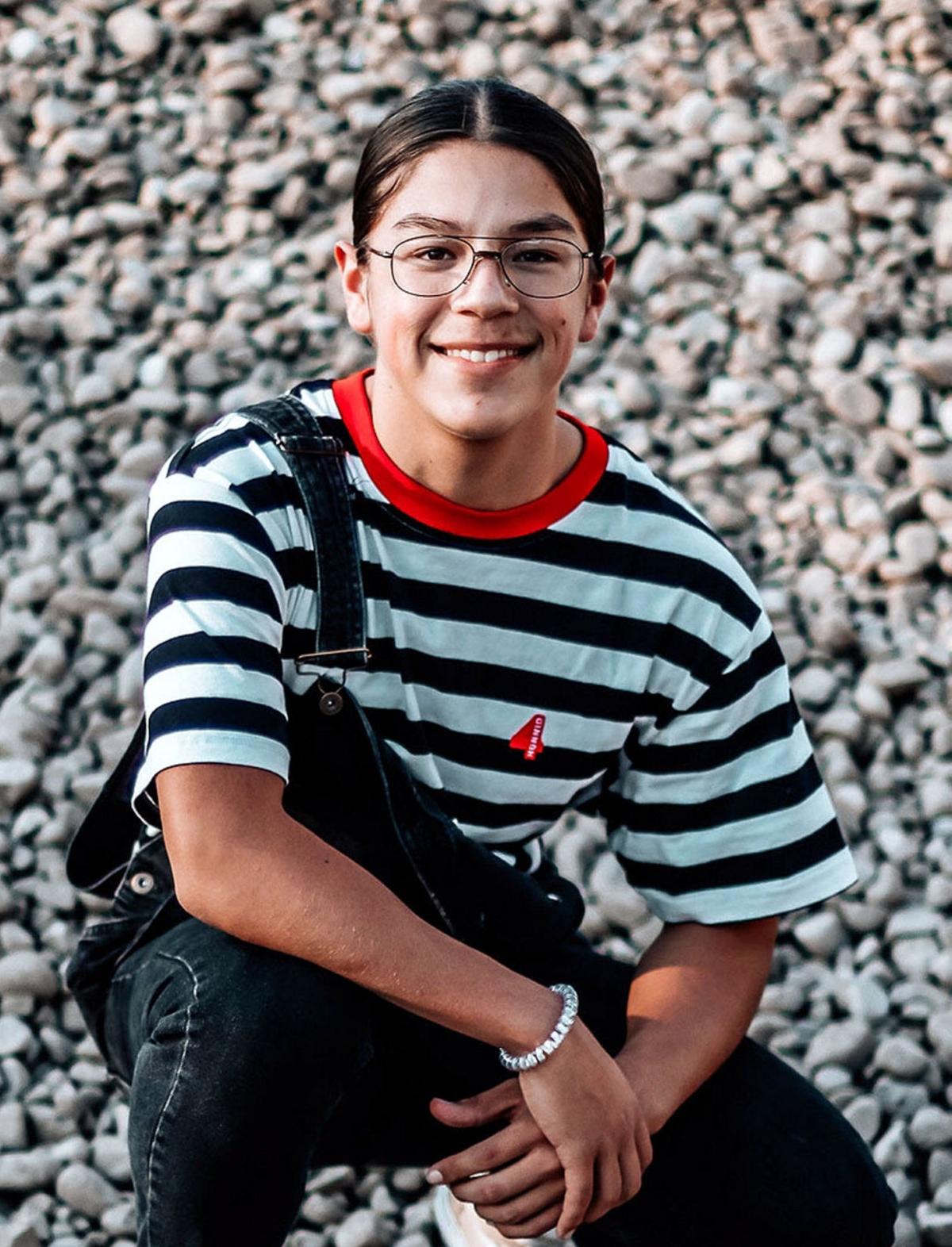 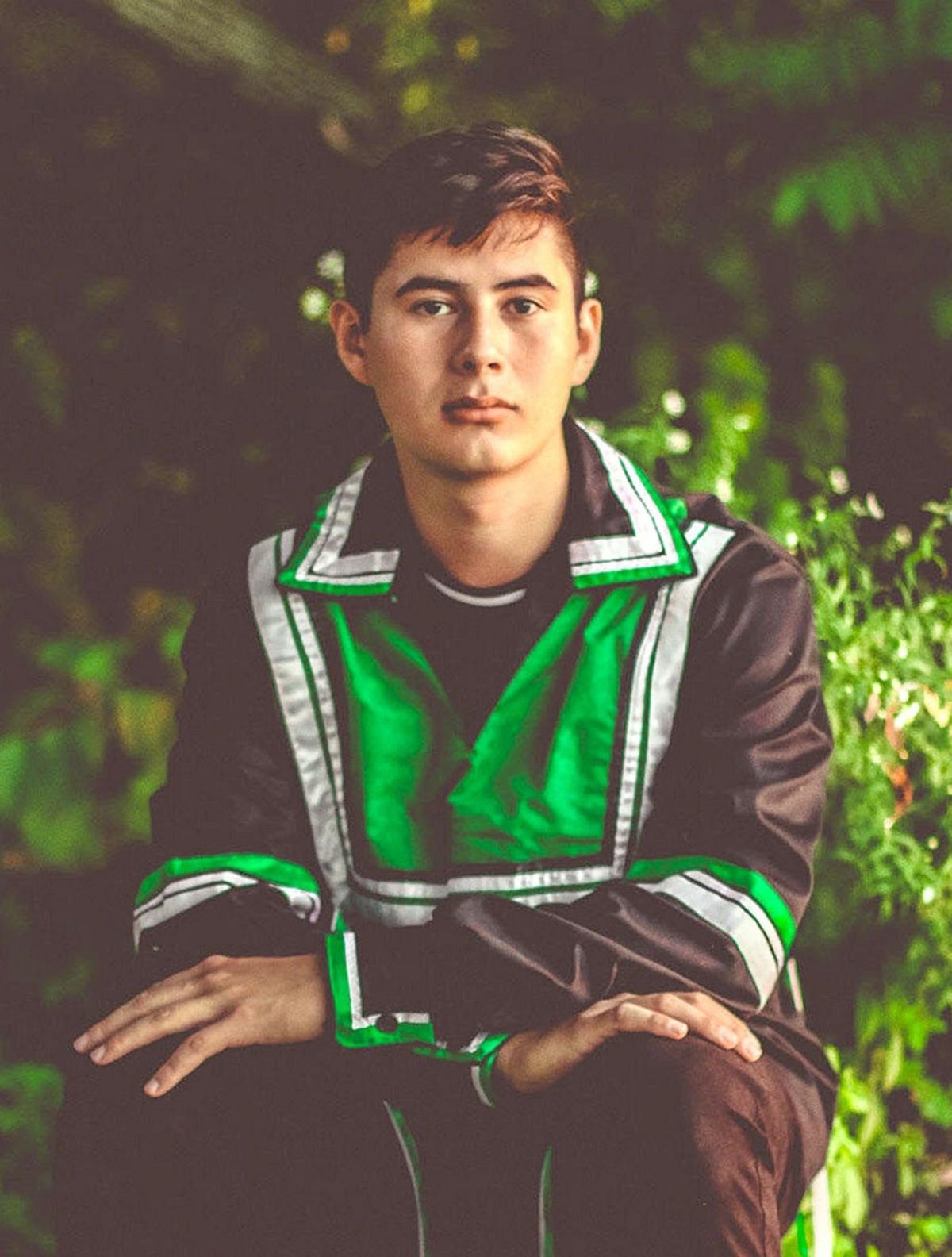 As we enter the middle of the month of June amidst the COVID-19 pandemic, a virus that brought an immediate stop to the spring sports season even before it began for all of the scholastic teams throughout the nation, the Malone Telegram Sports Department is recognizing the northern Franklin County high school seniors who would have been in their final sporting campaigns.

Over the next several issues of The Telegram, the Sports Department will send out a final salute to those student/athletes who would have undoubtably been featured with a photo, or two, throughout the spring season. Some of the information received regarding these seniors is more in depth than others.

The next salute is to the members Salmon River boys lacrosse team. The boys would have been under the direction of head coach Owen Benedict and assistants Brendan White and staff newcomer Chaunce Hill, who is a SUNY Albany graduate. The senior players are (alphabetically), Lucas Bigtree, Phoenix Conners, Cobie Cree, Ian French, Khyler Johnson, Keldren King, Ronerahtenen Mitchell, Casey Oakes, Kyran Skidders and Cayden Sunday.

Lucas Bigtree, son of Peter Bigtree and Arlene David, was “ready to shine in his senior year,” stated coach Benedict.

“Lucas was looking forward to returning to the sport and becoming a contributing member of the boys varsity lacrosse team,” said Benedict. “His prior experience as a long stick midfielder would have helped round out the team’s lineup.”

Phoenix Conners, son of Randy and Laurie Conners, would have “been a contributing member to this year’s team,” Benedict said.

“Phoenix, with his prior experience and athleticism, would have been an immediate contributor. We wish him all the best and know he will go far in life,” added the coach.

Cobie Cree, son of Craig and Carlene Cree, was the sole returning captain from the 2019 team that finished off the year as Section 10 champions after outlasting St. Lawrence Central 16-11 in the title contest.

“Cobie is an outstanding athlete who helped anchor the team in all aspects of the game - faceoffs, defense, transition and was a continual scoring threat having surpassed 50 points in his junior season,” recalled Benedict.

“He was a respected team leader and was a 2019 NYSPHSAA Section 10 Second Team All-Northern and an All-state selection,” Benedict continued. “He is a candidate for the 2020 U.S. Lacrosse Tewaaraton Scholarship Award and will be a valued member of the Potsdam Bears lacrosse team next season.”

Ian French, son of Jeff and Danielle French, would have been a nice addition to the 2020 team, according to the coach.

“Ian’s past history of varsity athletics, hard work, dedication and being a great student would have complemented the team very well,” Benedict said. “We were looking forward to having him on the team and wish him luck in the fall, where he will be attending the Advanced Welding Institute in South Burlington, Vermont.”

Khyler Johnson, son of Char Johnson and the late Terry Johnson, was known throughout Shamrock-land as a very versatile player, making contributions from any position on the field in whichever sport he participated in.

“Khyler was among the team’s leading scorers as a member of last year’s starting attack unit and bolstered the team during its championship run,” the coach said.

He will continue his education and lacrosse career at Jefferson Community College.

Keldren King, son of Tasha King, was the team’s leading scorer from the 2019 campaign with an impressive 56 goals and 72 points. According to the head coach, “Keldren was on pace to lead the league once again and to join the New York state record books.

“He was a constant scoring threat,” Benedict said. “Keldren was named to the First Team All-World at the 2019 World Junior Lacrosse Championship and selected a Victory Promotions MVP of the Week in May 2019 following his five-goal performance in the team’s win over top-ranked Canton in the Section 10 playoff semifinal.”

Ronerahtenen (Treyton) Mitchell, son of Taylor Mitchell and Kim Jackson, was also one of the top scoring threats for the Shamrocks during their 2019 championship season.

“Treyton was second on the team last year with 56 points (38 goals, 18 assists),” Benedict explained. “We were looking forward to him helping anchor one of the potent attack units that Salmon River has ever produced. He was an unstoppable force and his ability to score, as well as to feed the ball to open players, made him a difficult matchup for many defenders.

“We know that he will be an asset to next year’s lacrosse team at Jefferson Community College,” summarized the SRC head coach.

Casey Oakes, son of Joe and Joan Phillips and guardians Tracy Oakes and Rae Ann Benedict, was also a member of the attack unit for the 2019 Salmon River championship squad.

“His coachability and commitment to the team’s overall success made him a valuable asset. His character and camaraderie helped the team gel during its championship run last season,” stated Benedict. “We wish him all the best next year in his trade studies at Universal Technical Institute.”

Kyran Skidders, sone of Cody David and Brittney Skidders, would have “been a nice addition to the 2020 team,” said Benedict. “His recent history of varsity athletics, hard work, dedication and being a great student would have complemented the team very well.

“We were looking forward to having him on the team and wish him luck in his future endeavours.”

Cayden Sunday, son of Nick and Babette Sunday, was deemed a “solid lacrosse player,” according to the head coach.

“Cayden was capable of playing and contributing at all offensive and defensive positions. His presence on the field made him a formidable and continual threat to opponents,” stated Benedict. “We wish him the best of luck next year on the Jefferson Community College lacrosse team.”