Sign Up
Log In
Purchase a Subscription
You are the owner of this article.
Edit Article Add New Article
You have permission to edit this article.
Edit
Home
News
Sports
Obituaries
Local Living
Society
Opinion
Calendar
Archives
Ads
eEdition
More
Share This
1 of 7 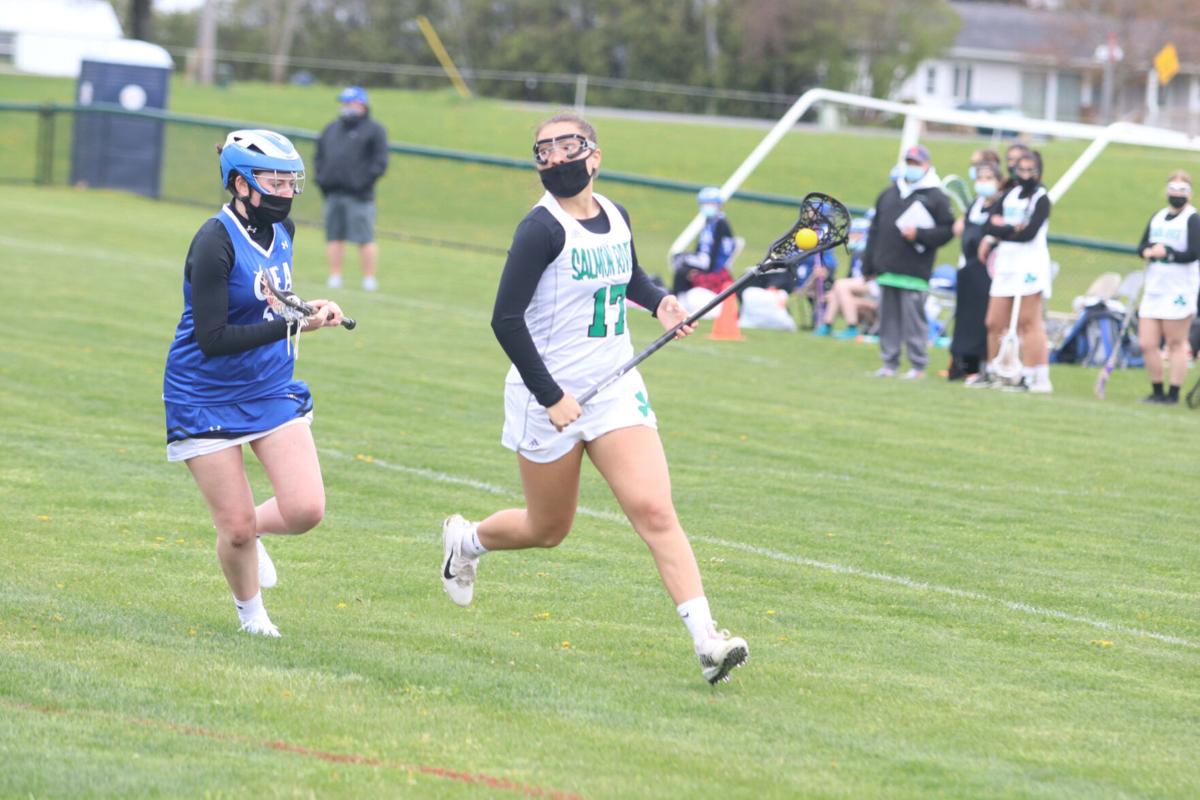 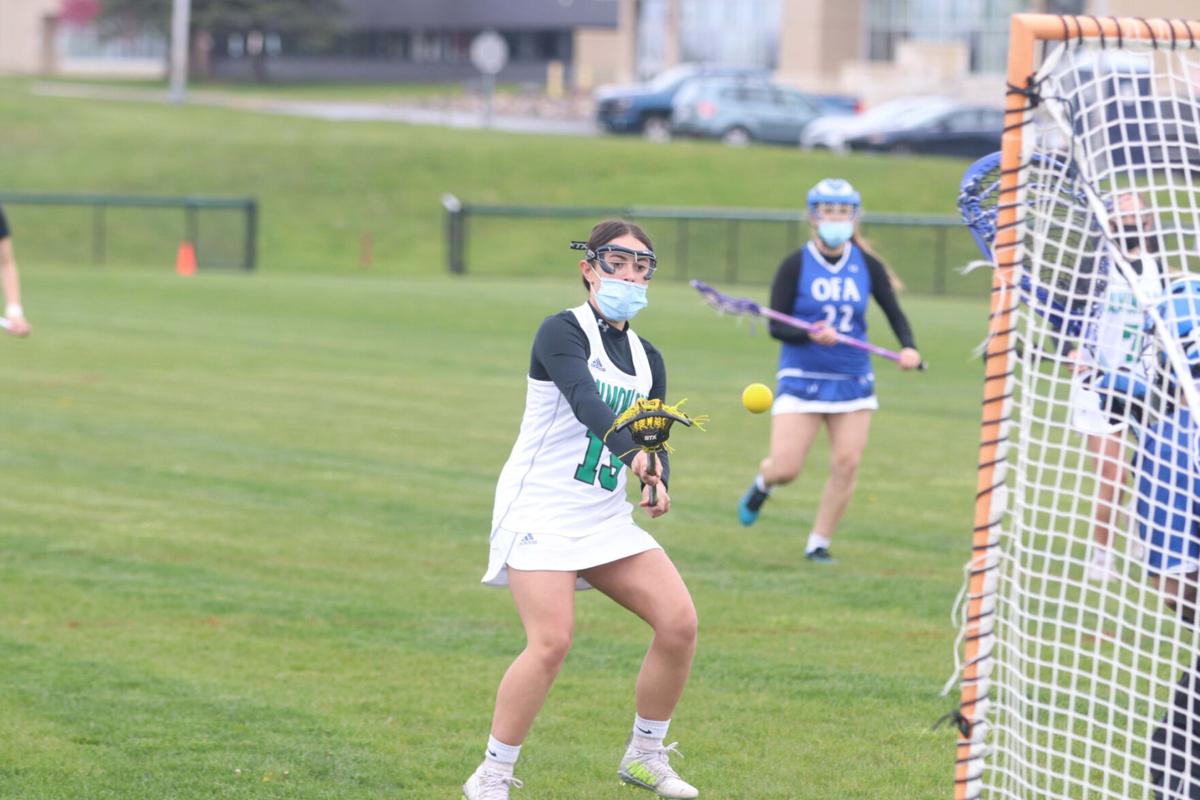 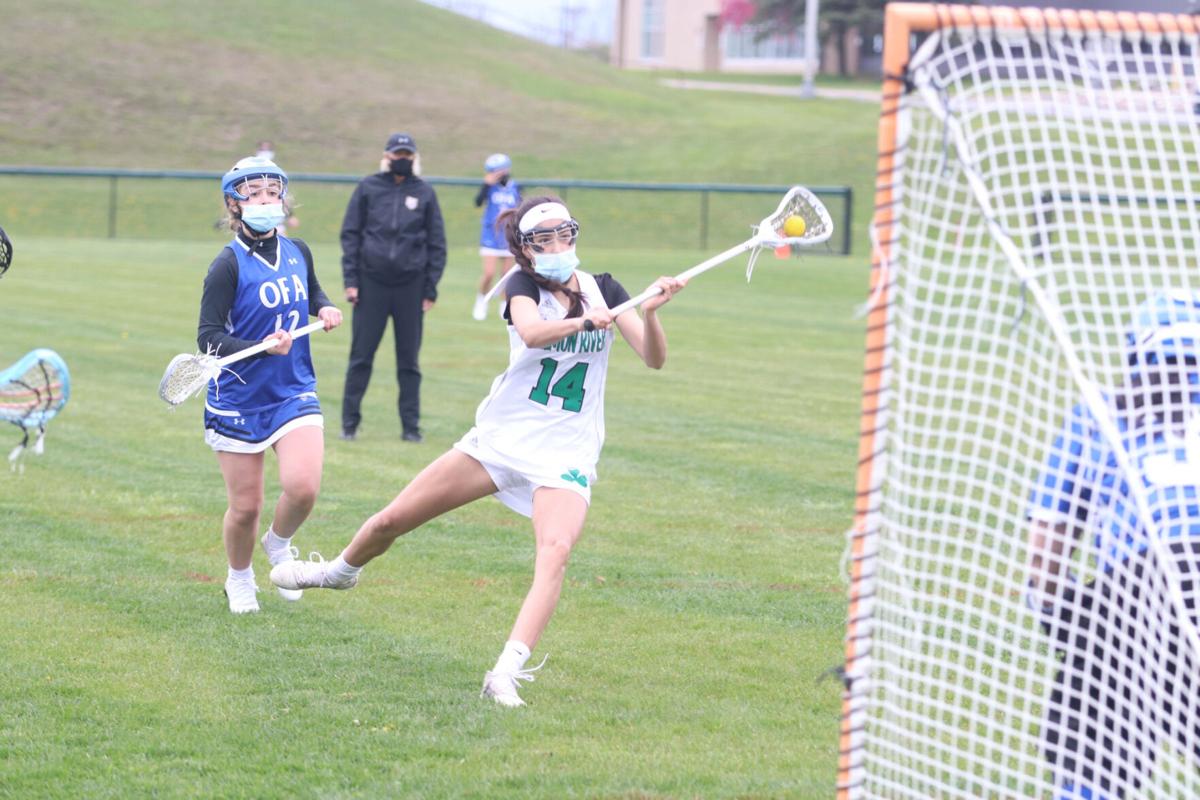 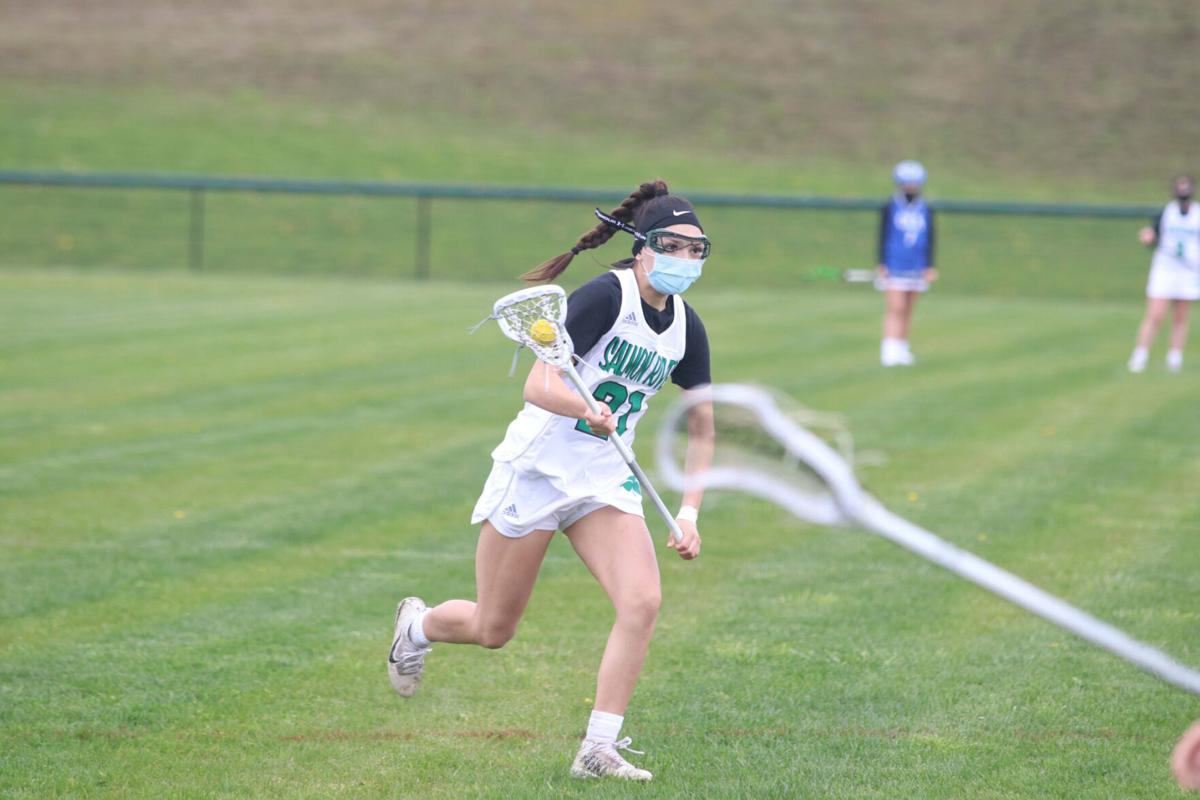 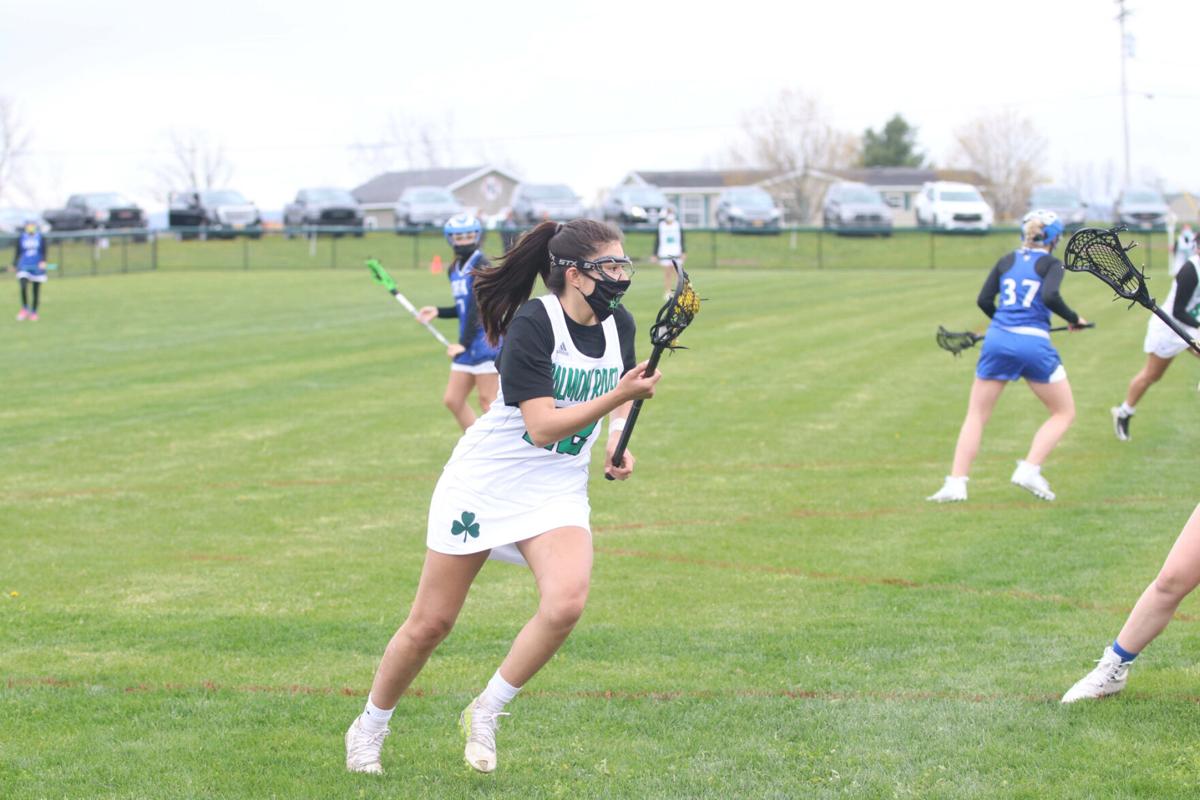 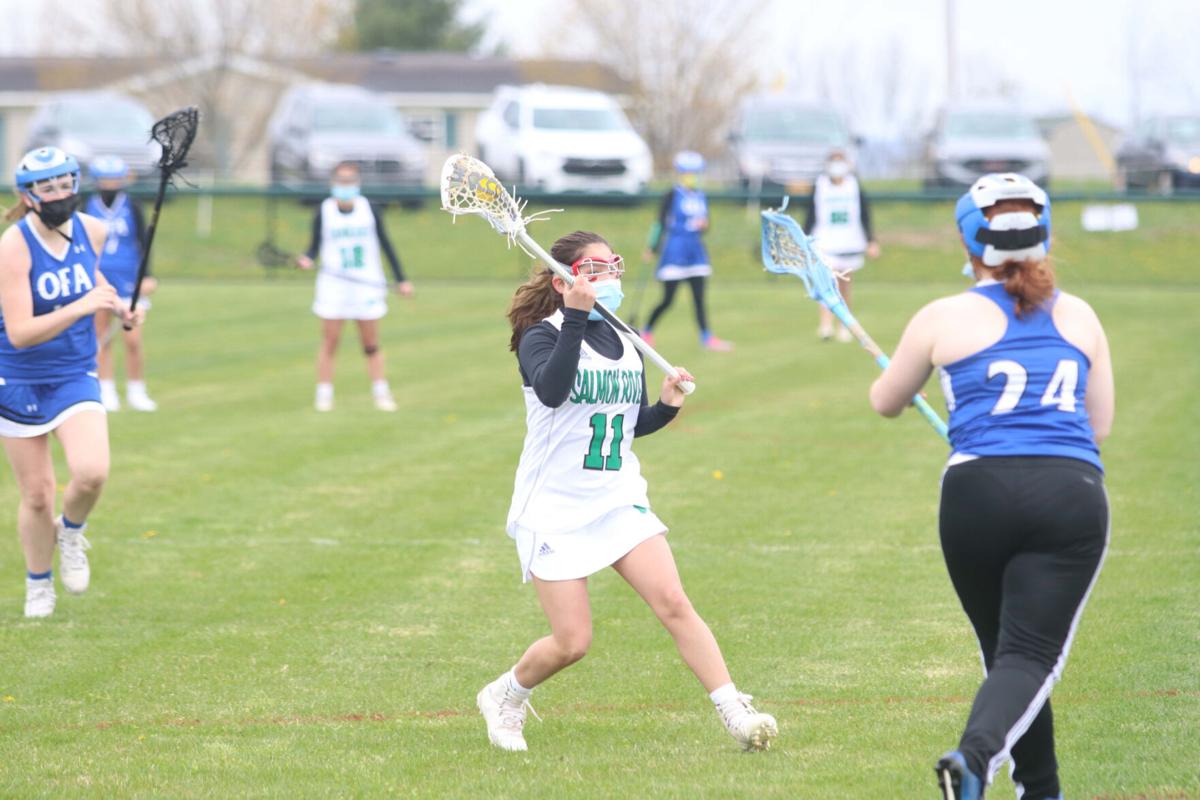 Salmon River's Ryanne LaFrance winds back for a shot at the Ogdensburg net. Evan Wheaton/Malone Telegram 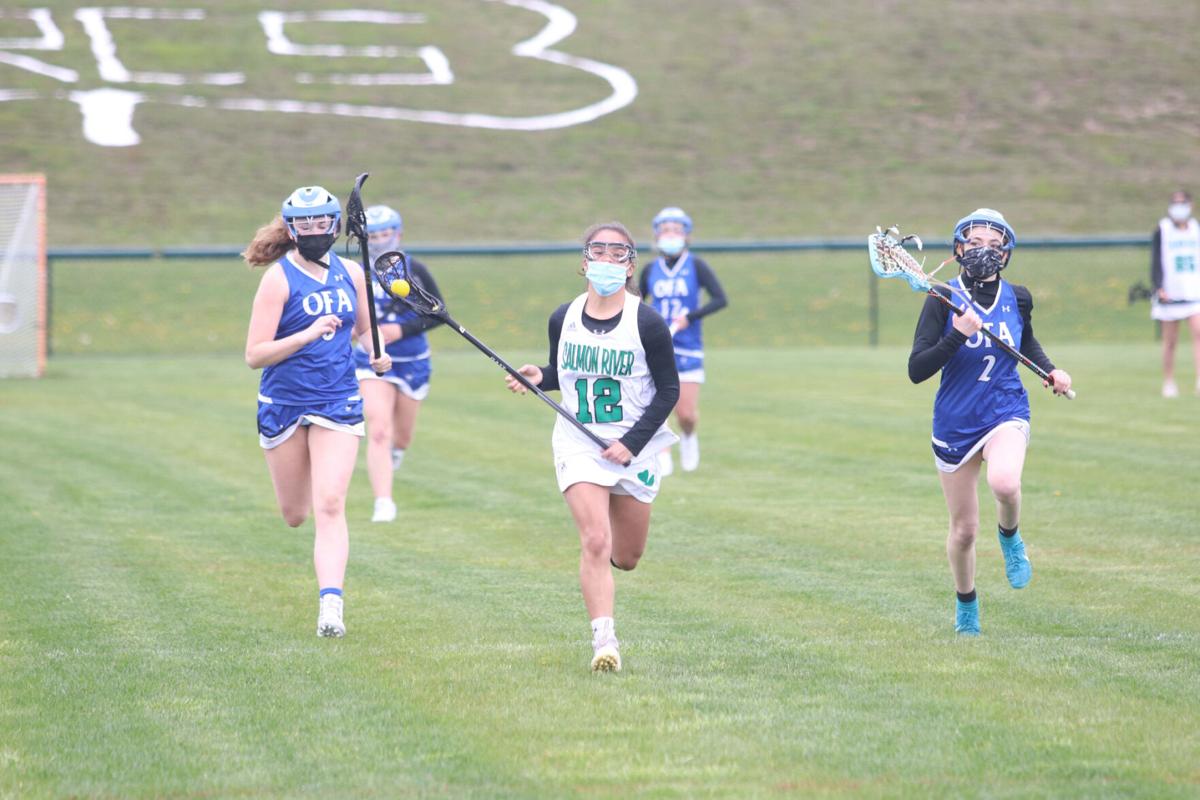 Junior midfielder Teya Mitchell breaks away from the Blue Devils to bring Salmon River back on attack. Evan Wheaton/Malone Telegram

Salmon River's Ryanne LaFrance winds back for a shot at the Ogdensburg net. Evan Wheaton/Malone Telegram

Junior midfielder Teya Mitchell breaks away from the Blue Devils to bring Salmon River back on attack. Evan Wheaton/Malone Telegram

On attack, each match thus far has been a 20-plus goal outing. After a 27-4 win over Ogdensburg Free Academy at home Saturday, the gravity of the Shamrocks’ depth is beginning to show.

With two starting defensemen absent due to SAT testing, two players who don’t normally see as much action stepped in and helped lock down the Blue Devils (0-3).

Salmon River (3-0) is able to get production from anyone, anywhere.

“We have the depth of 21 people,” Shamrocks coach Ron LaFrance said. “Some of our weaker players are starting to step it up, and it’s just a learning process. I think we are where we need to be.”

“A lot of us just have really good chemistry,” Mitchell said. “We work on and off-ball really well and I think that’s pretty much what’s getting us our goals.”

Down 4-0, Ogdensburg’s Paige Merz scored a goal off a feed from Paige LaRock (two goals) at the 24:42 mark in the first half to cut the deficit.

Five minutes later, Kendall Jock wristed a shot into the net to retake a four-goal lead for the Shamrocks. LaRock then scored on a free position with 18 and a half minutes left in the first frame to once again cut into Salmon River’s lead.

White netted a goal on the following possession to make it 7-2, and from there, the Shamrocks were off to the races.

With an 18-3 lead at the half, Salmon River’s communication on the field only increased in the second frame. The underclassmen have been responding to it well.

“With defense, a lot of us try to stress it to them that communication is key,” Mitchell said. “So I think we’re really just trying to drill it into their heads, I think it’s really starting to click.”

LaFrance also attested to the strong communication and how critical a role it plays into not just running Salmon River’s run-and-gun offense, but in winning ground ball battles, making clears and locking down attackmen.

“The communication is key,” LaFrance said. “We do play man-to-man, we’re going to start playing zone and they just know where to be at the right time.”

Two games next week against Plattsburgh and Lake Placid will give the younger units more reps, though the Shamrocks are gearing up for steeper competition on the horizon.

“We should be a well-oiled machine by the 19th when we play Massena, and the 20th when Canton comes here,” LaFrance said. “We’re looking good.”

Having outscored opponents 72-9 through six halves, one thing is certainly clear.