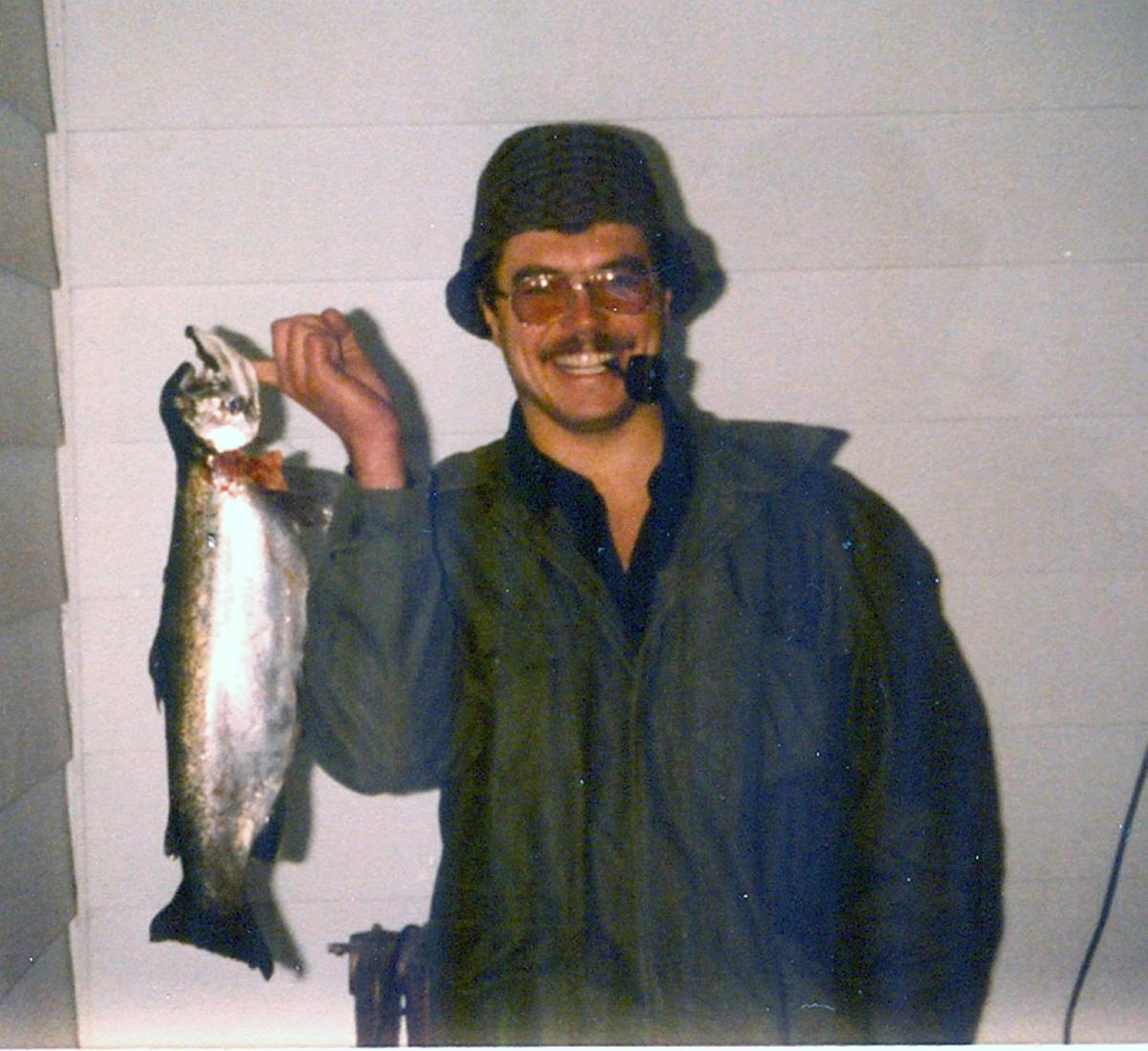 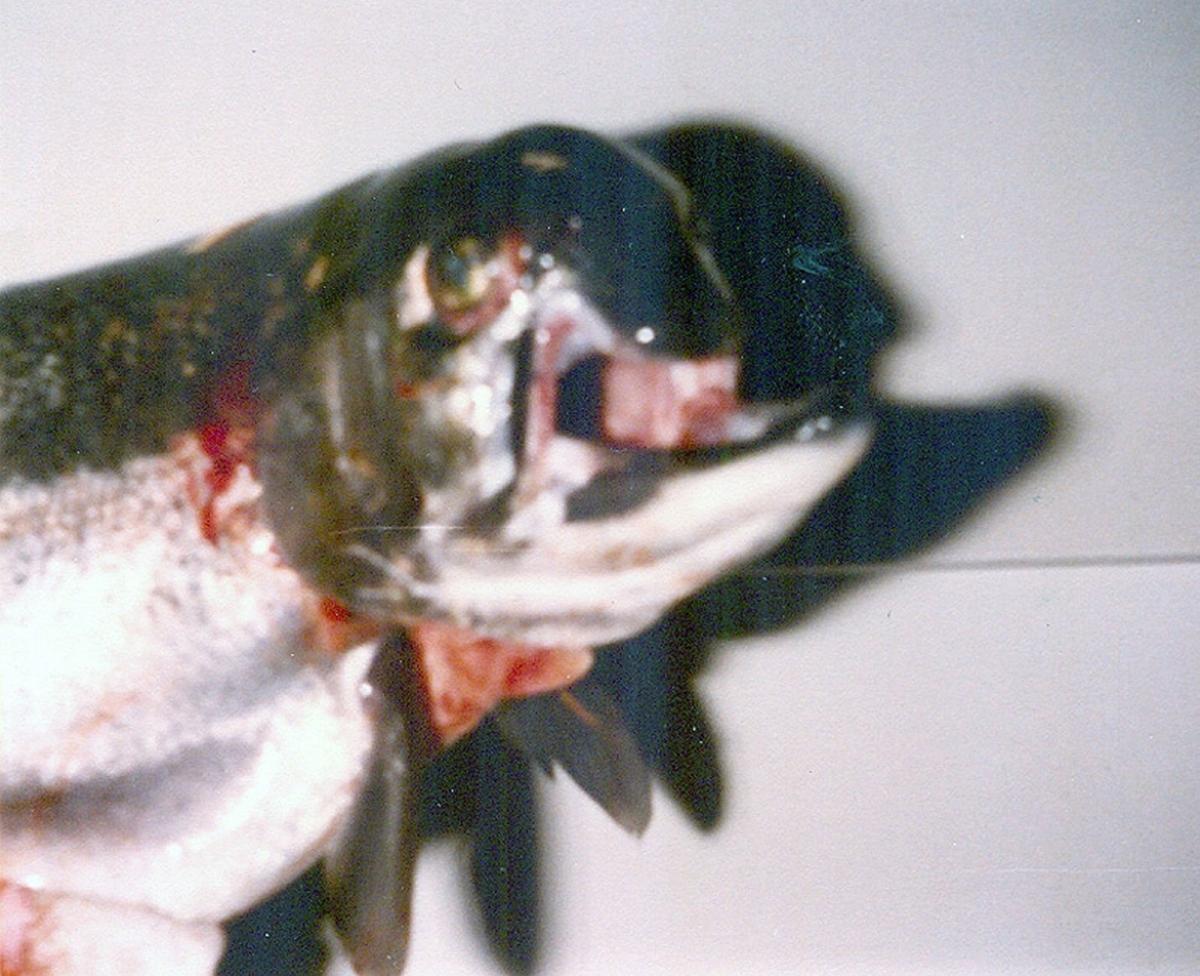 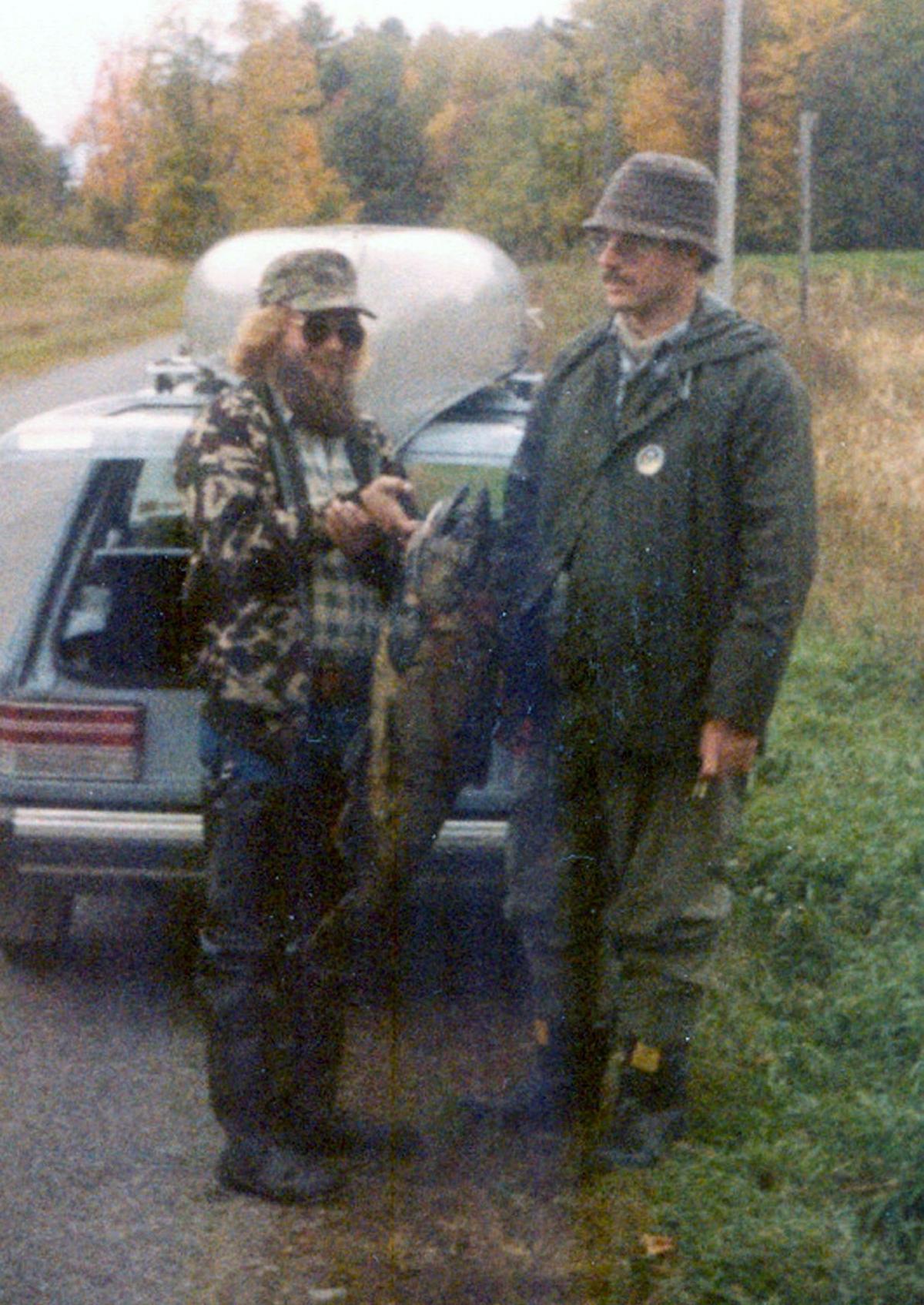 A much younger Todd Weber (right) presents Tom Cornell with a salmon for one of his clients, a fish that was the first-ever salmon Weber landed out of the Salmon River in Pulaski.

A much younger Todd Weber (right) presents Tom Cornell with a salmon for one of his clients, a fish that was the first-ever salmon Weber landed out of the Salmon River in Pulaski.

In the fall of 1980, my wife, the best financial aid director Paul Smith’s College ever had, attended a conference in Binghamton. On the way home on I-81, I asked if we could stop in this Pulaski place as I’d read in Field and Stream magazine about some big Pacific salmon in the Salmon River. We parked by the Salmon River Sports Shot at the foot of the “short bridge.” I asked an employee if anybody caught any salmon that day, and he replied; “Sure, come with me.” We walked out the back door onto a deck overhanging the river. On the store side of the deck were probably a dozen of the biggest fish I’d ever seen awaiting cleaning.

I immediately bought five or six expensive lures, drove up the street to the ballpark, stood in freezing water halfway up my calves while my poor wife read in the car. I lost all the lures in the heavy current, maybe a couple in fish I never saw or controlled and – was hooked for life.

A couple of weeks later I was back. I learned a preferred bait was salmon egg sacks (stinky things they can be). I bought a pill vial full and headed down toward the mouth of the river with my bass rod. It was a fine sunny day and you could see fish, salmon and steelhead, moving about in a pool. Steelhead are a variety of rainbow trout that lives in the Pacific or the Great Lakes and run upstream in the fall to feed on salmon eggs; they spawn there in the spring. After a short while, I felt a gentle tug, set the hook and was rewarded with a very odd-looking steelhead – readers will see in one of the attached pictures – my very first Pulaski fish. Apparently that is a congenital deformity that happens occasionally. For some reason, I had the head mounted but the result of that folly does not merit further comment other than to say it is not one of the mounts that graces the walls of our basement.

The next Pulaski fish I brought to the bank is represented by the photo of me and Tom Cornell, one of the young (then) local guides who is no longer with us. I made the acquaintance of several of them in the bar of the Log Cabin Inn across the street from the Salmon River Sport Shop, a fine dining establishment with a fisherman’s bar and rooms upstairs. It too is gone. It became great sport to mess with the Malone guy with fish story after fish story and then buy me enough beers or shots to prevent me from getting an early start the next morning, not that I had a clue where to go anyway at that point. Fred Bush, another young local hotshot guide, took pity on me (more than once) and led me upcountry to a small tributary stream. He outfitted my bass rod with a snag hook, showed me a salmon sneaking its way upstream, told me to throw the hook to the other side and wait til the fish came by. When it got up to us, he yelled “NOW!” and I yanked hard sideways. “Fish on,” yelled Fred and it was off to the races straight downstream. Wide awake now, I couldn’t keep up with the fish. I tripped, fell down, banged my knee and lost my pouch of pipe tobacco. Fred sprinted through the trees and bushes and caught up with the fish about 60 or 70 feet downstream from me. He jumped in, grabbed it by the tail and flung it probably 30 feet through the alders and into the woods. “There,” says Fred, as I found myself rubbing my knee and attempting to get my breath back.

We caught a few more in different spots and then met up with Tom Cornell and two clients also working the smaller streams. They hadn’t had any luck yet, so Fred whispered to me “We should probably give Tom one of our fish for his clients.” I responded with “OK, sure,” and thus the picture of me giving Tom the very first salmon I ever caught.