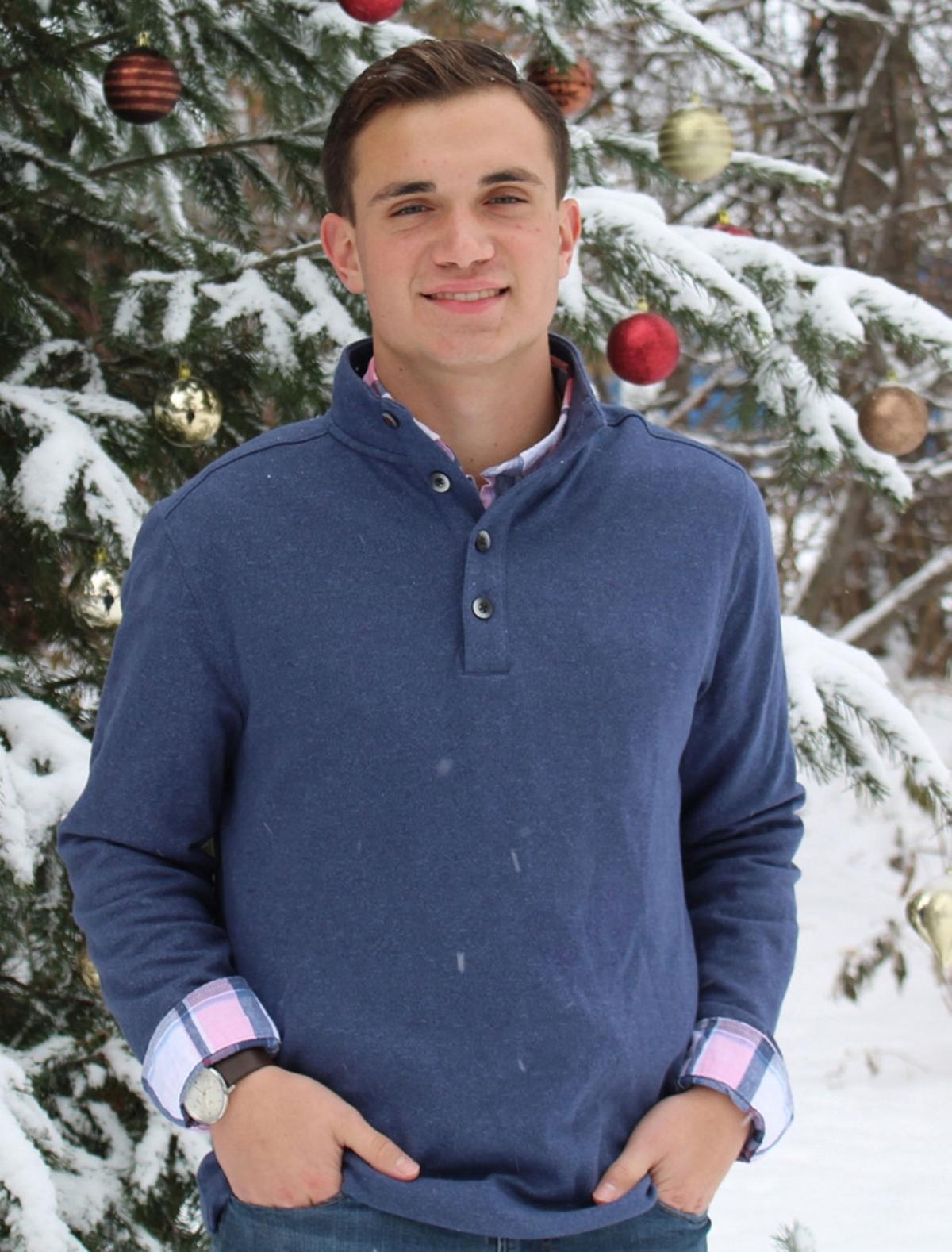 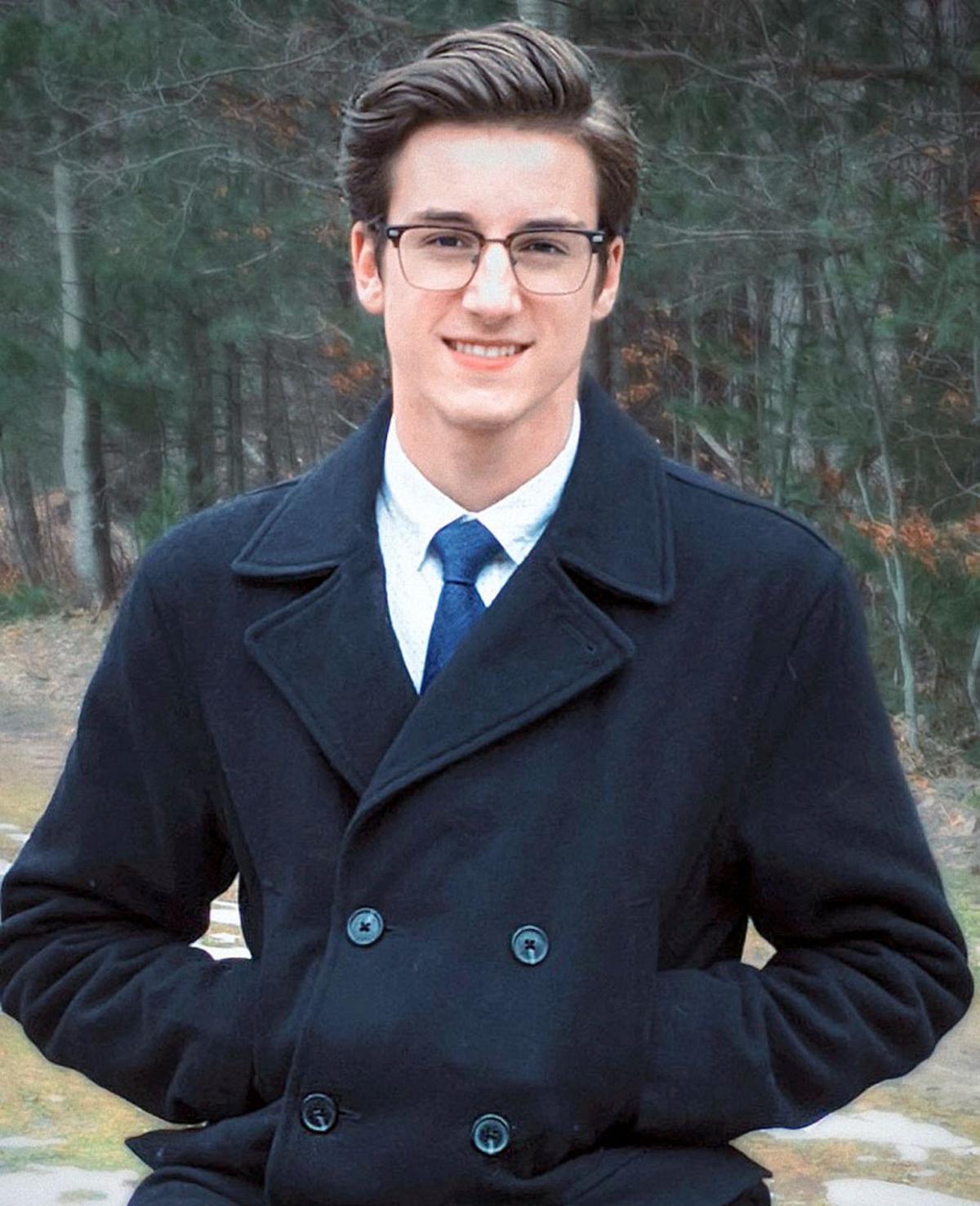 MALONE –– The ability to focus on the task at hand –– be it in the classroom or on the athletic field –– was the driving force behind the success of the top two students in the Franklin Academy Class of 2020.

Valedictorian Zachary Barkman and salutatorian Callahan Rogers both credited their achievements in part to their devotion to doing what needed to be done.

“My school habits –– coming home and doing all of my homework before anything else –– started very early,” Barkman said. “Without the strict academic discipline that started early, there’s no way I would’ve been able to maintain such high grades and achieve valedictorian status, or become a National Merit Scholarship finalist.”

“At times it was a challenge to balance school work and three sports, but looking back, I’m glad I pushed myself in both,” Rogers said. “Besides the academic material, the most important lesson I learned from FA is the value of focus. I quickly learned that in order to get the best results in something, I first had to be totally focused on it. Whether this was paying attention in class, working on homework, or putting together a project, simply focusing hard has really helped me in the past four years.”

Both Barkman –– who will be attending St. Vincent College in Latrobe, Pa., next year –– and Rogers –– who is set to attend Binghamton University –– also praised the programs and teachers at Franklin Academy

“In terms of academics, FA earns my highest appreciation in regards to the large number of Advanced Placement, college, and honors courses available to me,” Barkman said. “I was thrilled to be able to start honors high school classes while still in middle school; I completed Regents biology and algebra while still in eighth grade.”

“Obviously, I didn’t click with every teacher in every class,” he continued. “But, unlike many students elsewhere, I never really had a teacher that I passionately disliked. Overall, I liked the majority of my teachers. They were there to talk, whether you had an academic question or just wanted to bug them and talk about completely unrelated subjects (as long as you had study hall and they had a free period). My guidance counselor was also very helpful; he was always proactive and helped me decide courses based on what I would need to get into the college and program of my choice.

Rogers, whose parents are both teachers, said he appreciated the effort the FA faculty made to keep providing instruction even after the COVID-19 pandemic forced schools to close.

“I’d like to thank every person who works in our school, especially the teachers who had to quickly adapt to online learning,” Rogers said.

In addition to their academic achievements, Barkman and Rogers also showed their talents on the soccer field. Both played for the FA varsity squad, and Barkman said he plans to continue on the pitch at Division III St. Vincent in the fall –– assuming college athletics are permitted in light of the pandemic.

While the two share many things –– including an interest in a biology: Barkman plans to major in biochemistry and Rogers in biology/pre-med program –– the two don’t always see eye to eye when it comes to politics.

“Zach and I have been best friends since sixth grade, despite the fact we have very different political ideologies,” Rogers said. “In fact, I think our friendship is stronger due to the fact that we challenge each other’s beliefs on a regular basis. It means you really have to think about your position on issues and be OK with the fact that others will disagree.

“At the end of the day, there are good people on both sides of the aisle, and one’s political affiliation is just a trivial detail,” he said.

While they are going their separate ways in the fall, both Barkman and Rogers said they will take with them fond memories of their time at Franklin Academy.

“I’ll never forget my time spent at FA,” Barkman said. “Though of course there were ups and downs, the highs always outshined the lows. I’m proud to be a member of our class. I wouldn’t have enjoyed my time there as much if not for the peers I was surrounded with.”