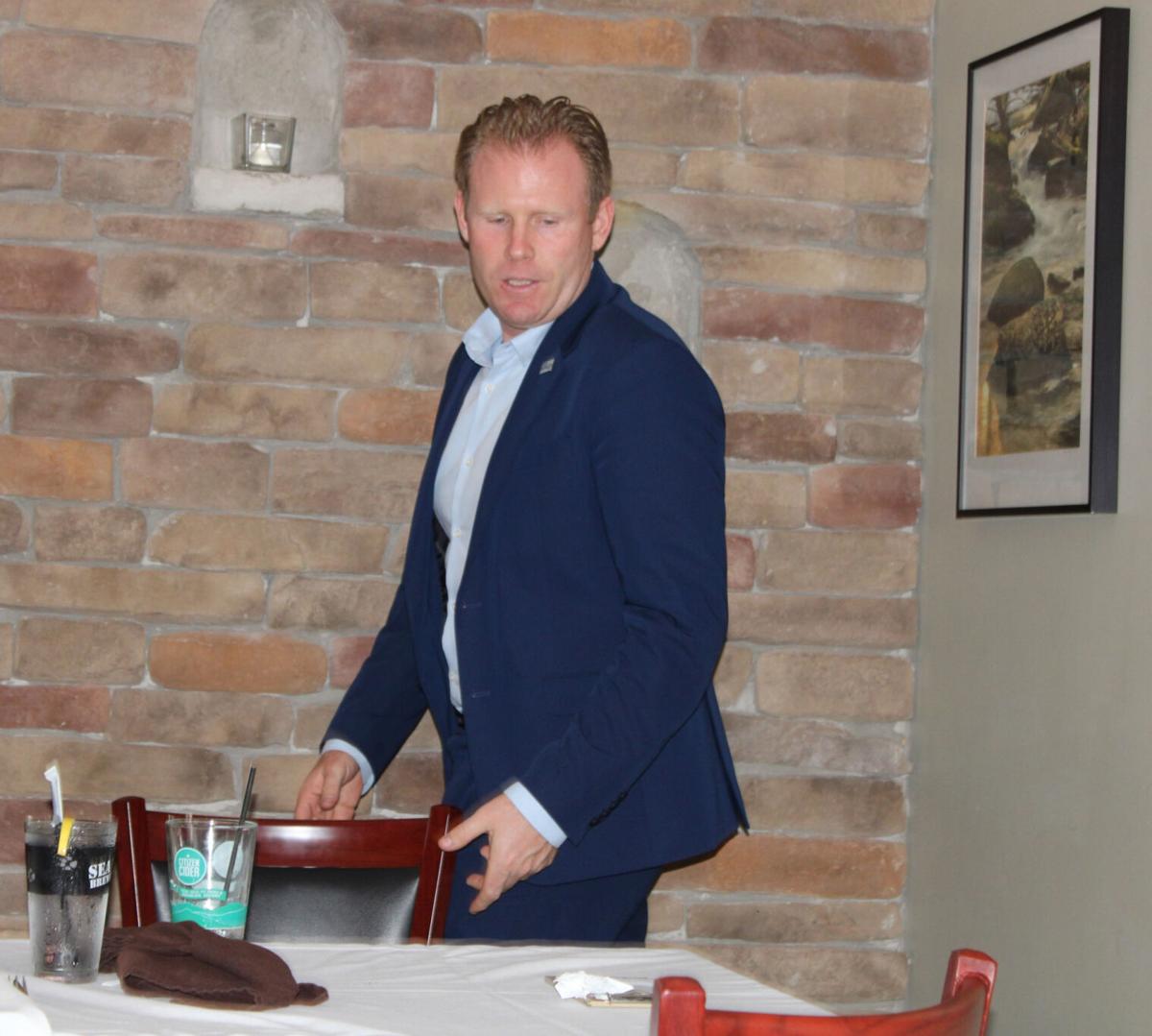 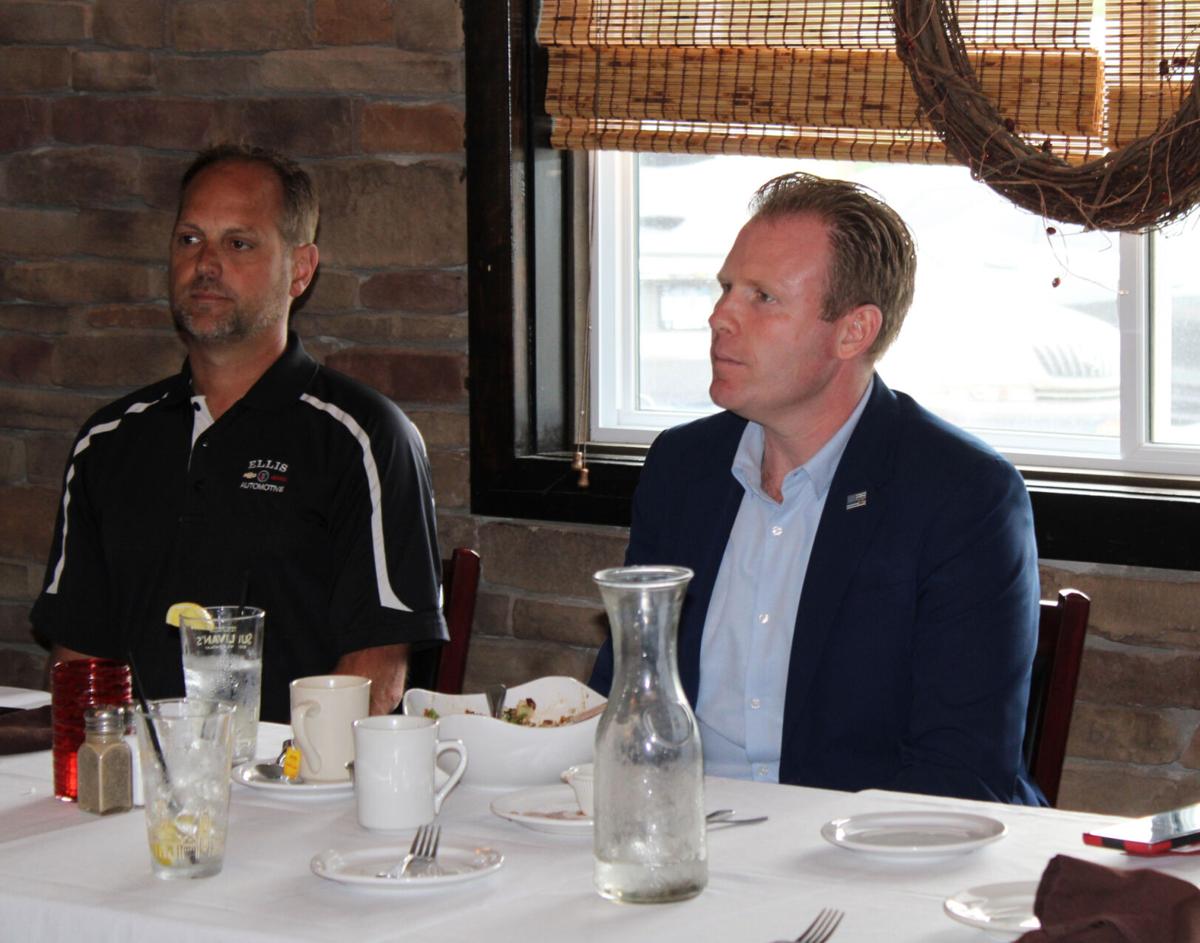 Giuliani said he wants to make it more attractive for businesses to stay in New York, pointing to cutting taxes and streamlining permitting procedures as a way to grow the state’s economy.

“The solution is there, we can turn it around by the middle of the decade, I really believe that,” Giuliani said, adding he believes a three-tier approach, emphasizing economics, education and reducing crime are the ways to reach this goal. Giuliani said the first step in this process would be deregulation, pursuing a regulatory reform agenda from day one.

According to Giuliani, the second step in promoting a business friendly climate in the state would be to cut taxes.

“It’s not naïve, I understand that it will take working with a legislature where right now there are two supermajorities against us,” Giuliani said.

While he is optimistic Republicans can win seats in both the Assembly and state Senate in 2022, he is prioritizing deregulation because that is something he believes can be accomplished by the state’s executive branch.

“That is what ultimately the governor can do with his executive power starting on day one,” Giuliani said.

Giuliani said if faced with a Democratic state legislature, he believes reaching out to the state’s residents will be the way to move his tax cut proposals forward.

“You deal with it by every single day having press conferences with the 19.5 million New Yorkers,” Giuliani said. “Talk about what you proposed and what is holding it up, and go into these districts where the assemblymen and state senators actually reside.”

According to Giuliani, the emphasis of his campaign has been meeting with business owners.

“We look at this campaign as we want to make sure we are putting the 19.5 million New Yorkers, the job creators, the people who ultimately may be struggling, we want to put them first before anything else,” Giuliani said.

Giuliani said he wants to campaign throughout the state, in each of its 62 counties, adding Franklin County is the 45th county he has visited in the last 21 days.

“That’s how I want to run our campaign. I want New Yorkers from the North Country, Western New York, the Southern Tier, and Capital Region, to know that this is not a Manhattan south campaign.”

According to Giuliani, after starting his campaign and meeting voters, he feels they are ready for a different approach from Albany.

“Whether you’re from Erie County, the Southern Tier, Capital Region, North Country, or Long Island, people are ready for a change,” Giuliani said.

Both Dumas and Stewart spoke on the needs of the community, with Dumas talking about the impacts of a current labor shortage on area businesses.

“We need to find ways to support these industries that are here,” Dumas said, “We have restaurants that close on Mondays because they don’t have enough staff, we have a coffee shop that doesn’t have a enough staff to keep it running the whole day.”

Stewart said the ongoing COVID-19 pandemic demonstrated the need to have improved internet access in Malone.

“That became obvious with the pandemic, trying to get service to children at home,” Stewart said.

Giuliani, who has never held an elected public office, worked in the administration of former President Donald Trump as associate director of the Office of Public Liaison, and later as special assistant to the president.

According to Jason Ellis, chair of the Franklin County Republican Committee, Giuliani reached out shortly before his visit.

Ellis said Giuliani’s visit follows a stop in Malone by another Republican gubernatorial candidate, Rep. Lee Zeldin, R, NY-1, who stopped by the Hearth of Malone, on East Main Street on May 30.

“It’s nice of them to come up here, it is more than we have seen in a long time,” Ellis said.

Other Republican gubernatorial candidates include former Westchester County Executive Rob Astorino, who ran an unsuccessful campaign for governor in 2014.

Giuliani said he spent Monday in Warren and Essex counties, followed by a stop in Clinton County on Tuesday morning, in Plattsburgh and West Chazy.

Giuliani said after his stop in Malone, he was heading to St. Lawrence County to meet with the county party chair, Nancy Martin.

“It’s very good to hear about the issues in the North Country and how I can help out as governor,” Giuliani said.