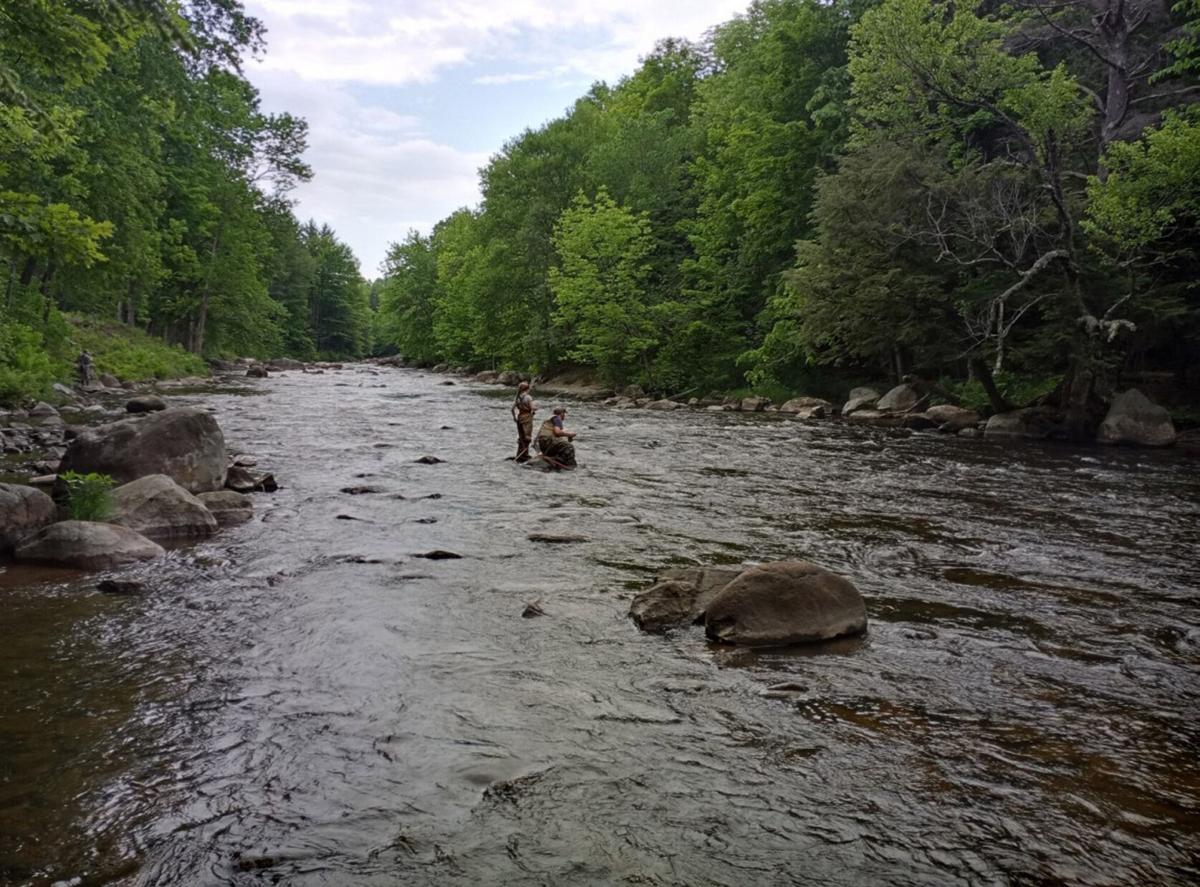 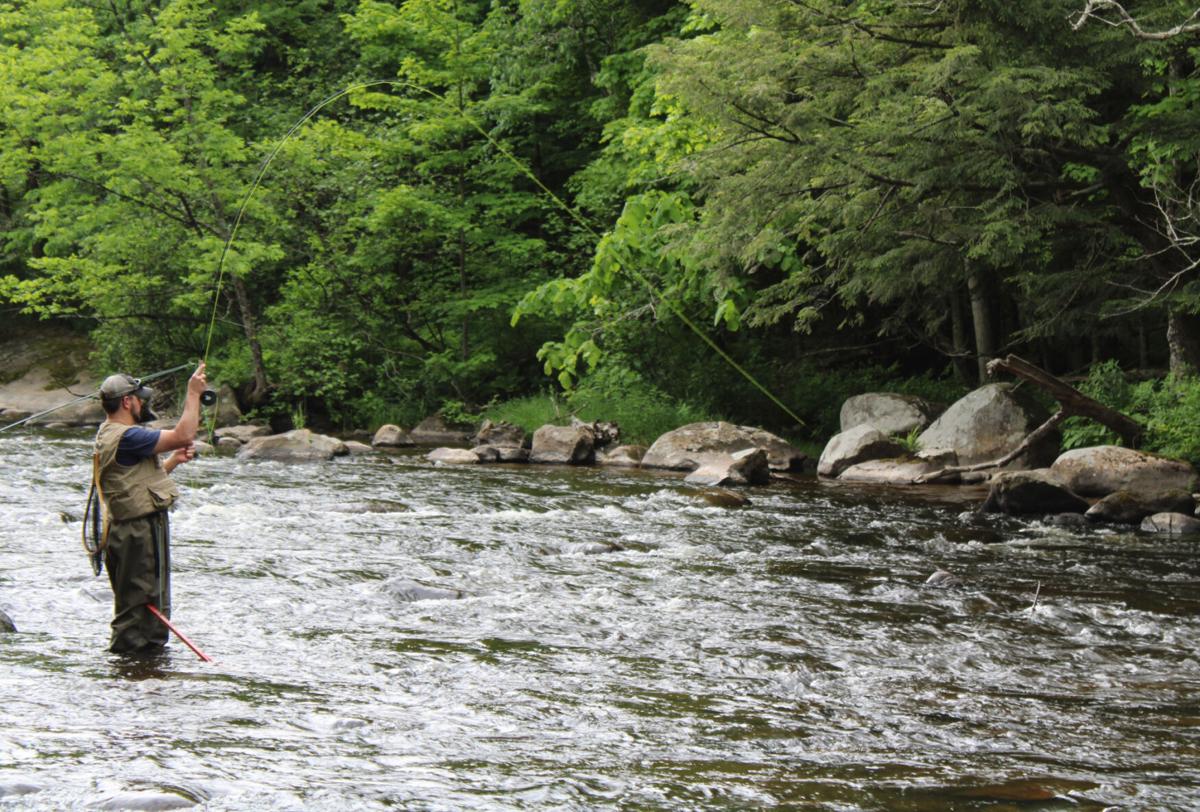 Ben Hamelin, of Bloomingdale, said he has fished Malone’s tournament with his uncle for 15 years. Alexander Violo/Malone Telegram 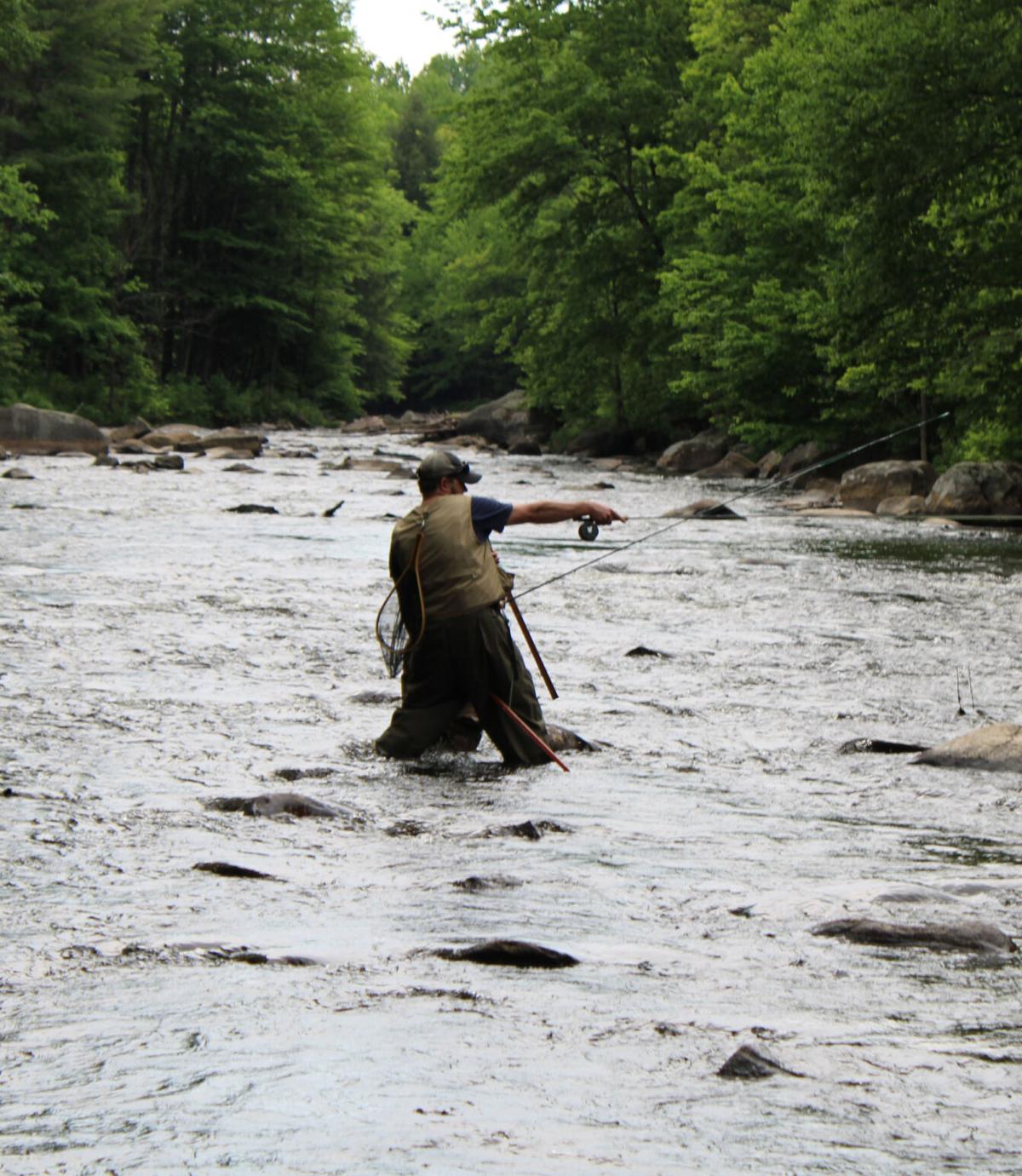 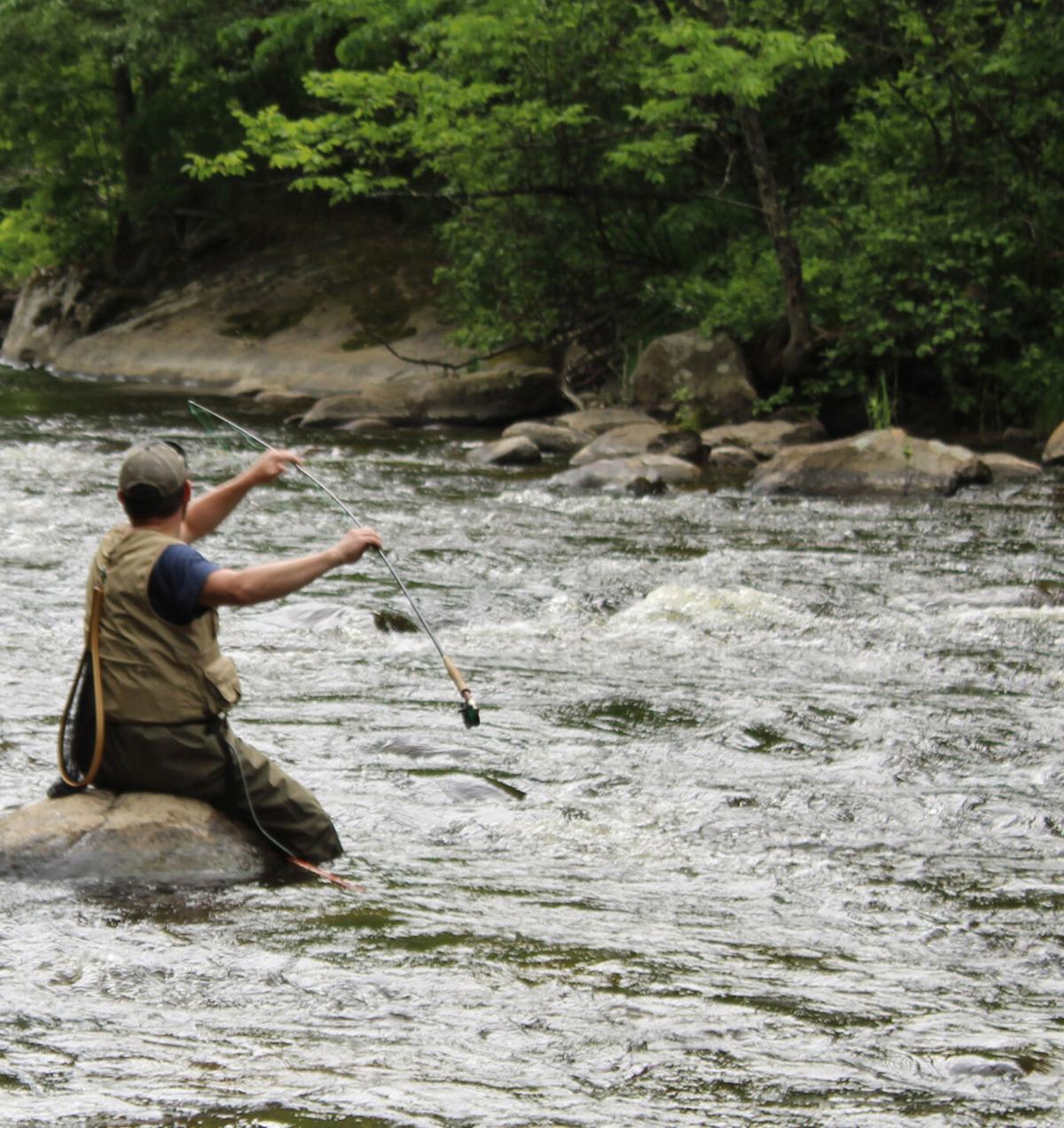 Ben Hamelin, of Bloomingdale, fishes from a rock in the Salmon River by William “Bill” A. King Memorial Park. Alexander Violo/Malone Telegram 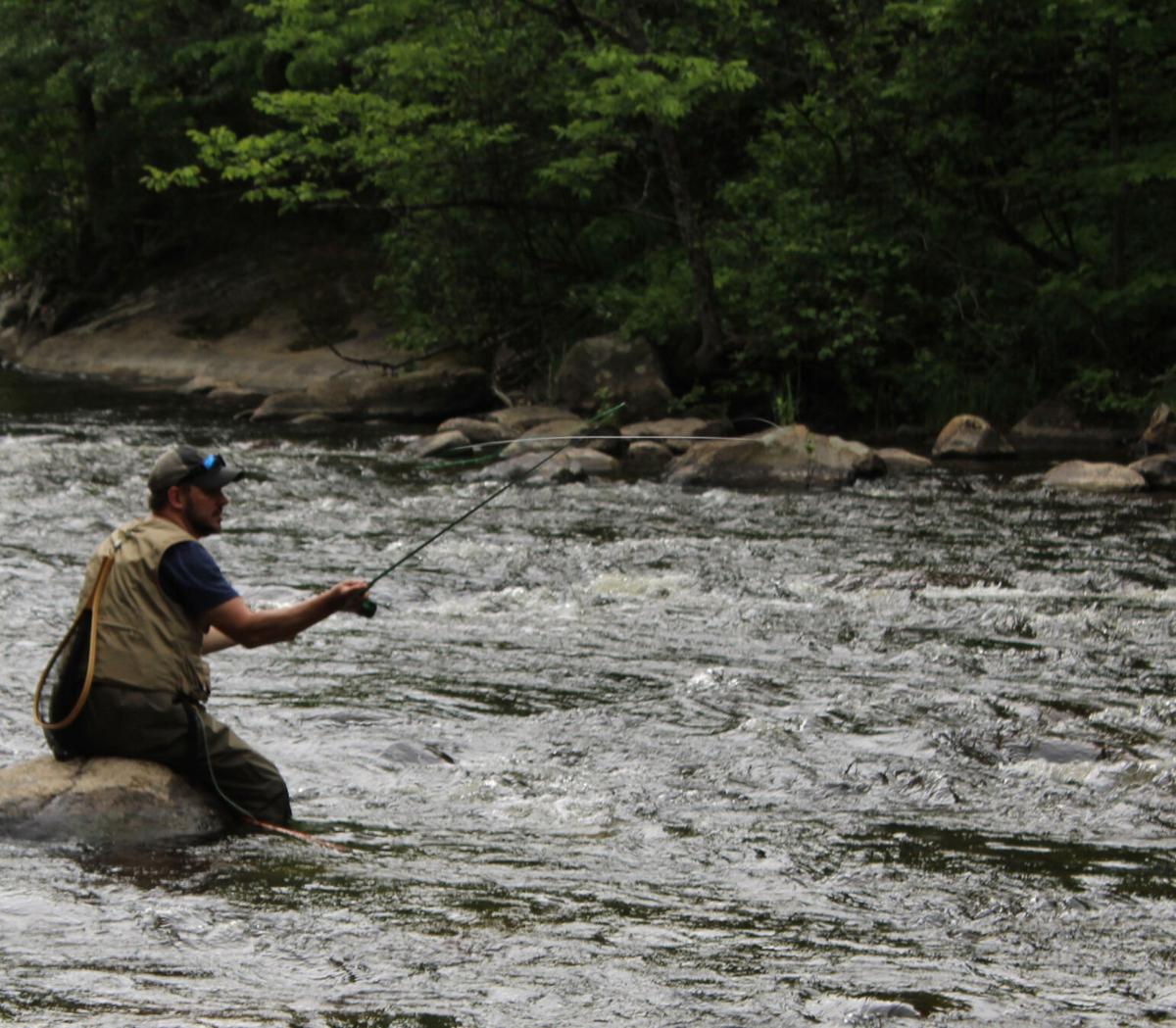 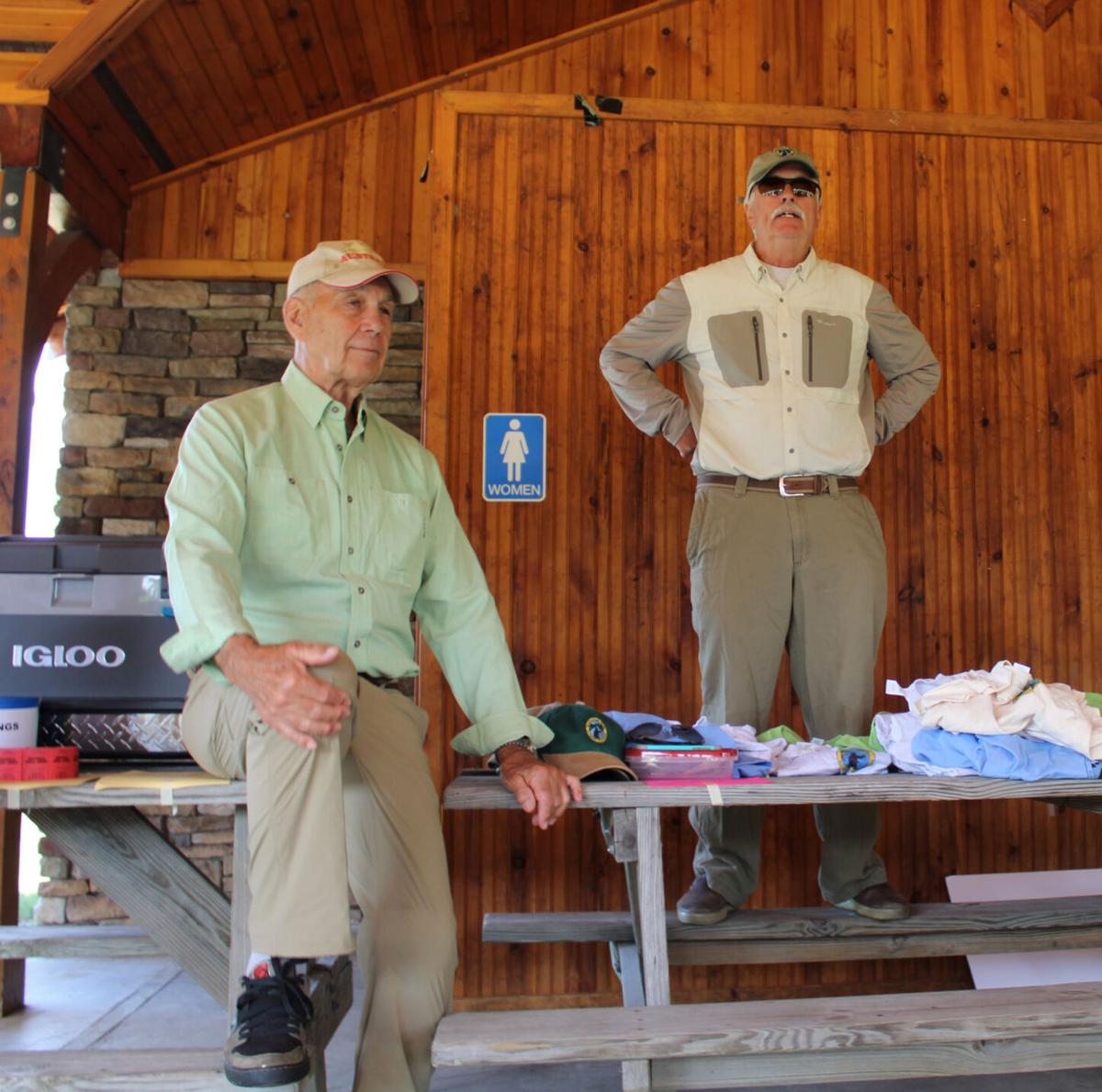 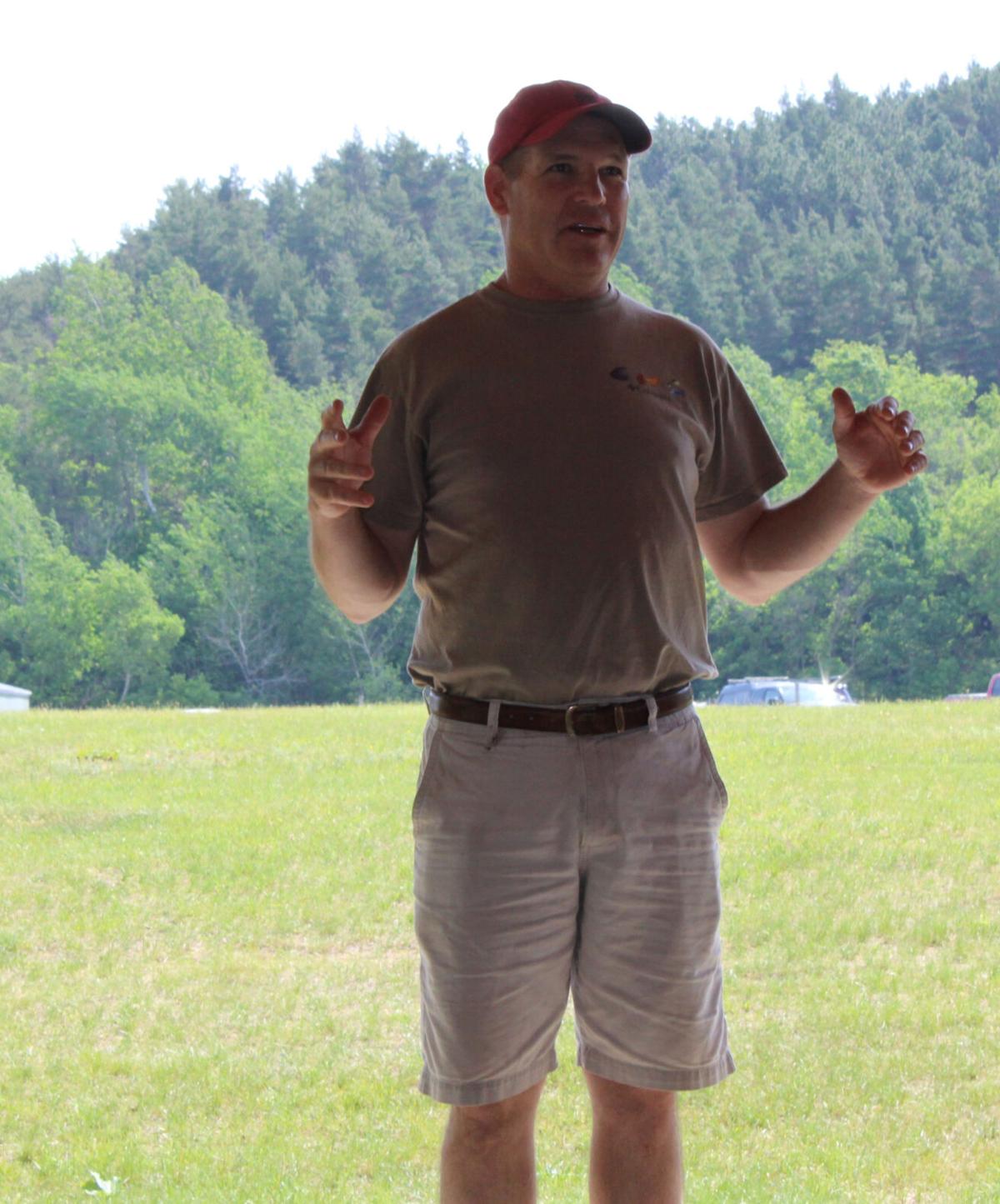 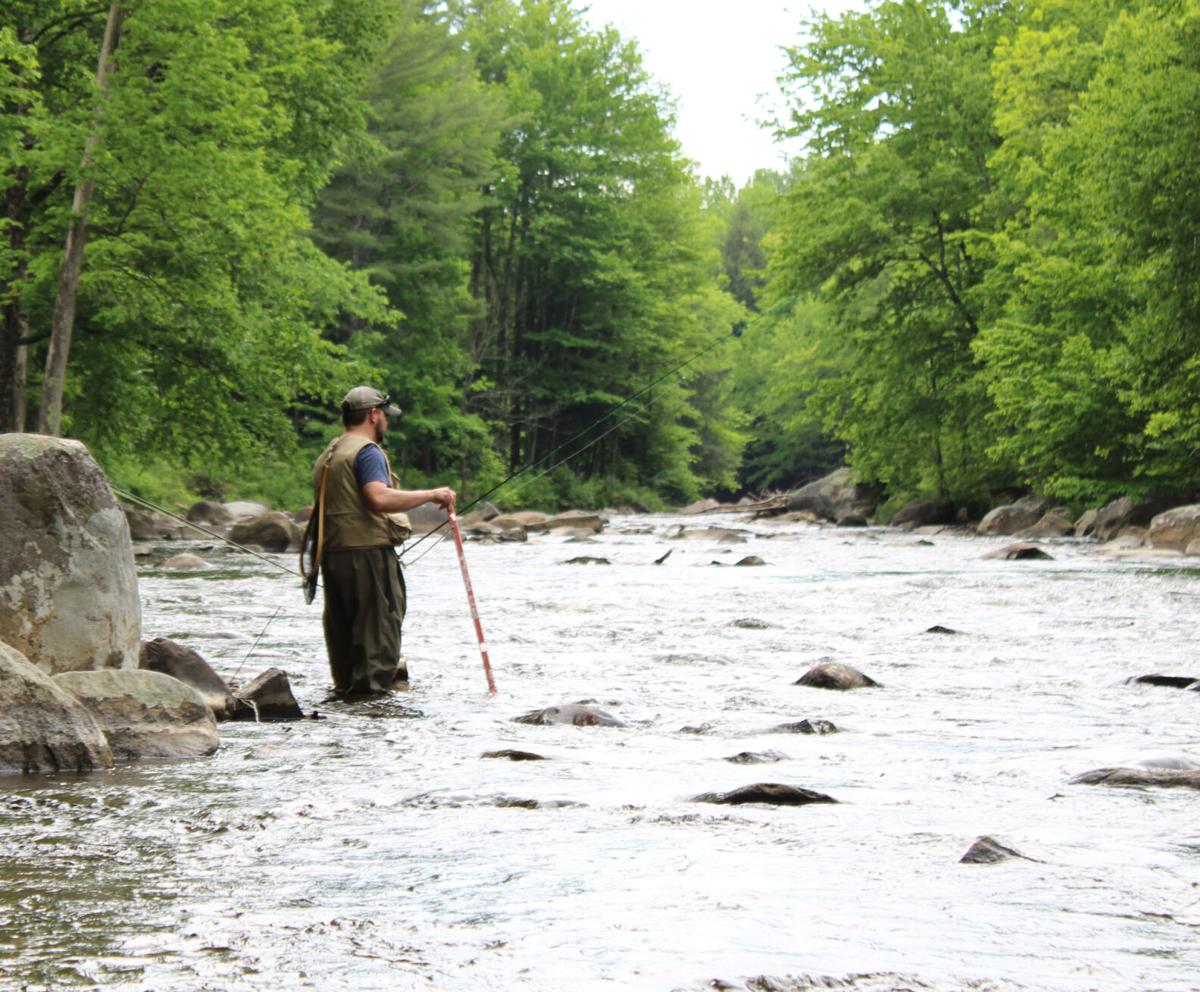 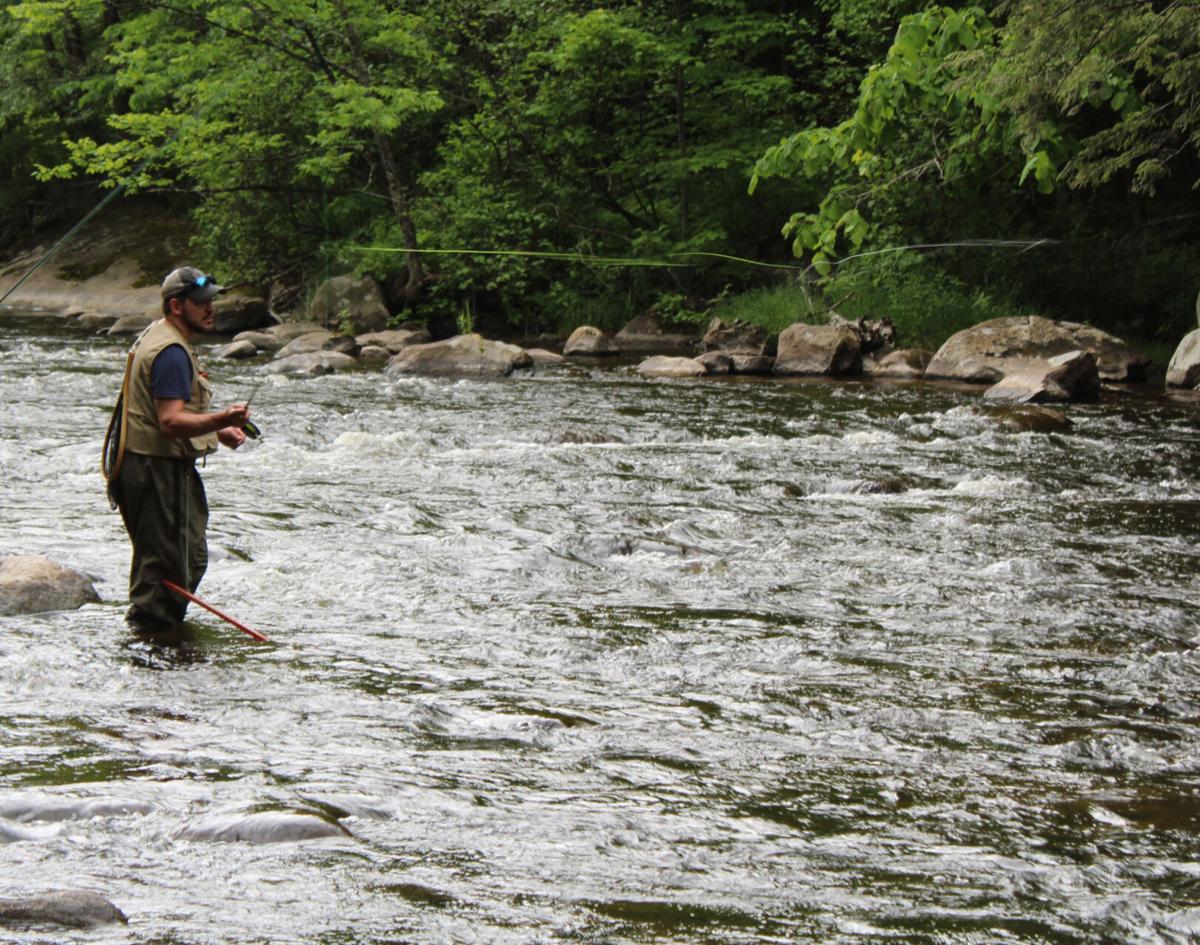 Ben Hamelin, of Bloomingdale, said he has fished Malone’s tournament with his uncle for 15 years. Alexander Violo/Malone Telegram

Ben Hamelin, of Bloomingdale, fishes from a rock in the Salmon River by William “Bill” A. King Memorial Park. Alexander Violo/Malone Telegram

MALONE — The first day of the weekend fly fishing tournament, marking the start of summer on the Salmon River, kicked off Saturday morning.

After anglers completed their registration, at Malone Village Memorial Park, and following a brief overview of the rules, they set out in search of trout, fishing the Salmon River from Chasm Falls to Westville.

The Hendrickson Hatch Tournament, which was not held last year due to the ongoing COVID-19 pandemic, is hosted by the Malone Revitalization Foundation, according to Mary Scharf, the foundation’s president.

Scharf said there are 35 participants in this year’s tournament, adding she believes more anglers would have entered if the border with Canada was open.

According to Scharf, one entrant came from as far away as Idaho.

Other participants were from a little closer, including Ben Hamelin, from Bloomingdale, who was fishing with his daughter, uncle, and cousin, Brandon Cerlanek, from East Syracuse.

Hamelin said he has been fishing in Malone’s catch and release tournament for about 15 years.

“Basically since it started, we have fished all along this river and we have had some luck up here before,” Hamelin said.

After trying their luck at a few different spots, the group made their way to William “Bill” A. King Memorial Park, wading into the middle of the river.

“We’ve been to a couple places, we worked our way upstream,” Hamelin said, “We stopped south of Whippleville and then we fished a little bridge on a dead-end road for a little bit, and then we came up here.”

According to Latreille, the river’s current conditions were good for wading.

“There’s a lot of fish in the river, it should be wonderful fishing,” Latreille said.

“The river is in pretty good condition right now, the fish are really willing to hit,” Houdak said, “Handle the fish gently and get them back in the water.”

According to Latreille, any fish that is 12 inches or longer can be entered on participating anglers’ tournament cards.

“The winner of the tournament is the individual who comes in with the greatest number of inches, or feet, of fish,” Latreille said.

According to Latreille, the largest fish of the tournament will earn its angler a plaque and a print.

“The largest fish will generate a Peter Corbin print,” Latreille said, “Every year he donates a print to this event, and on the back of the print there is a space to put in some data about your fish, and your trip.”

John Miletich, who helped organize the first tournament in 2005, thanked the revitalization foundation for their efforts to continue the tournament.

“I stepped back from planning this tournament over a year ago now,” Miletich said, “I now sit on the other side of the fence with everybody else here but I appreciated that Mary, Bob, Bill, and Amanda, have kept it going.”

Miletich said he went fishing this week and the fish were hitting on green drake flies.

Scharf said the tournament moved its registration location to the rec park to allow it to be outdoors, in the event there were COVID restrictions in place at the time of this year’s tournament.

“We were determined to have this, one way or another, so we are outside,” Scharf said.

Scharf said there was a raffle for a fly fishing trip on the Delaware River, donated by Tim and Kim Damon.

The tournament concluded on Sunday, with a barbecue at the Malone Village Memorial Park at noon, followed by the presentation of awards and plaques.

Results from the fishing tournament were not available by press time.