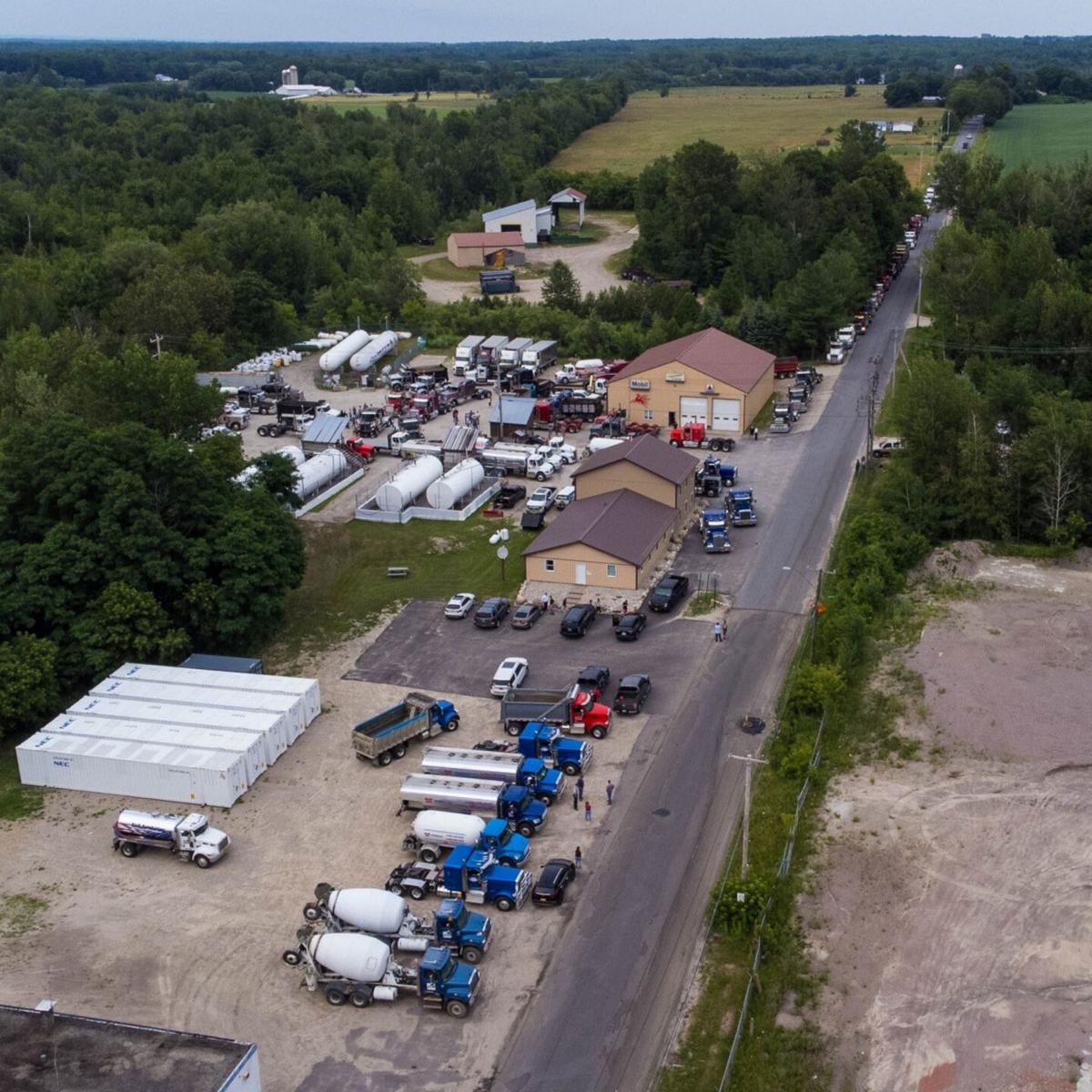 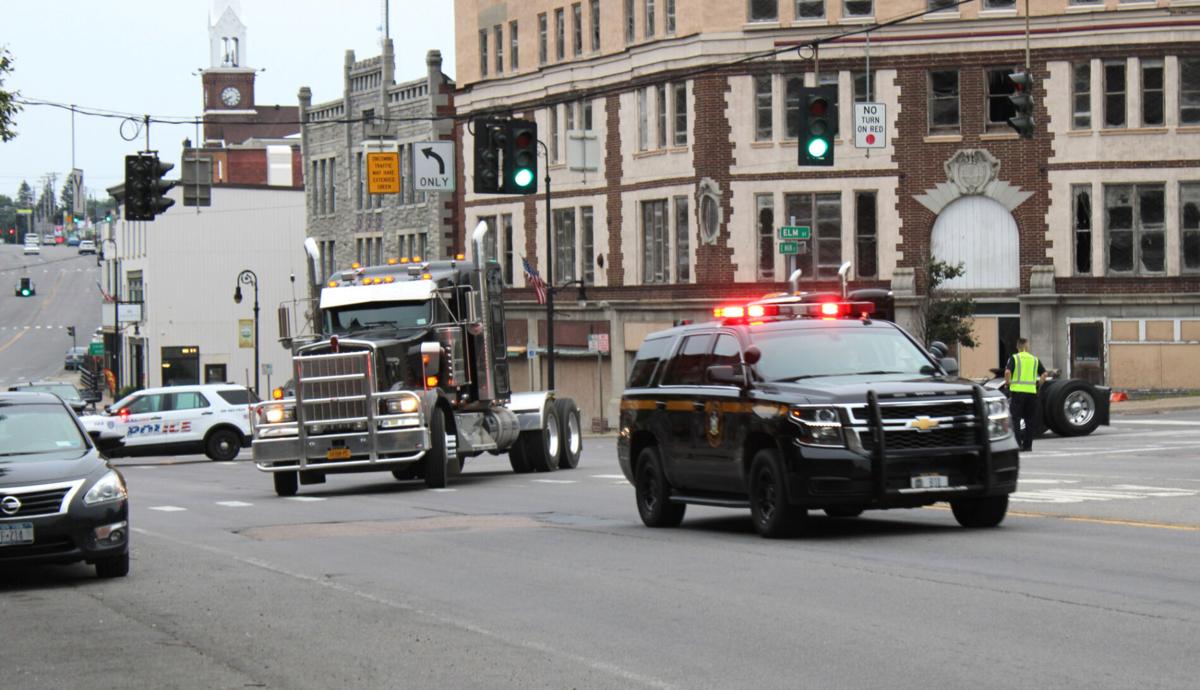 MALONE — A truck parade rolled through the village Thursday evening, with about 100 large trucks showing up for Hal Collins’ last ride.

Hal Collins, a local business owner, who died unexpectedly at his home on Friday, July 9, was remembered with a parade of large trucks, a way for fellow commercial drivers to say goodbye to their friend and colleague.

Rosenfield said the truck parade was organized by Hal Collins’ son, Taylor Collins, and an employee at Adirondack Energy who was a longtime friend of Hal Collins.

“This isn’t the first time it has been done it’s like a trucking ritual,” Rosenfield said, “There were trucks there from Massena and Plattsburgh.”

According to Rosenfield, the turnout for the truck parade exceeded his expectations.

“Yesterday afternoon when I spoke with one of the organizers they expected 30 to 50 but close to 100 showed up,” Rosenfield said

Rosenfield said Hal Collins used his trucks to help people and other businesses out in the community.

“He did a lot of work for a lot of people,” Rosenfield said, “For example, somebody may have an excavator but they don’t have truck for it, he would have a flatbed, all kinds of trucks, and he did it for a long time, he had a lot of friends and sometimes did work for our company, Adirondack Energy.”

Rosenfield said Hal Collins had about half a dozen trucks.

“Hal worked for a lot of people, he had fuel trucks, dump trailers, lowboys, when we got really busy in the middle of winter he would occasionally pick up loads for Adirondack Energy,” Rosenfield said.

Hal Collins was born in Malone in August 1954, graduating from Franklin Academy in 1972, going on to work with his family at Collins Feed, before forming Collins & Company in 1996, working to develop his trucking company with his family.