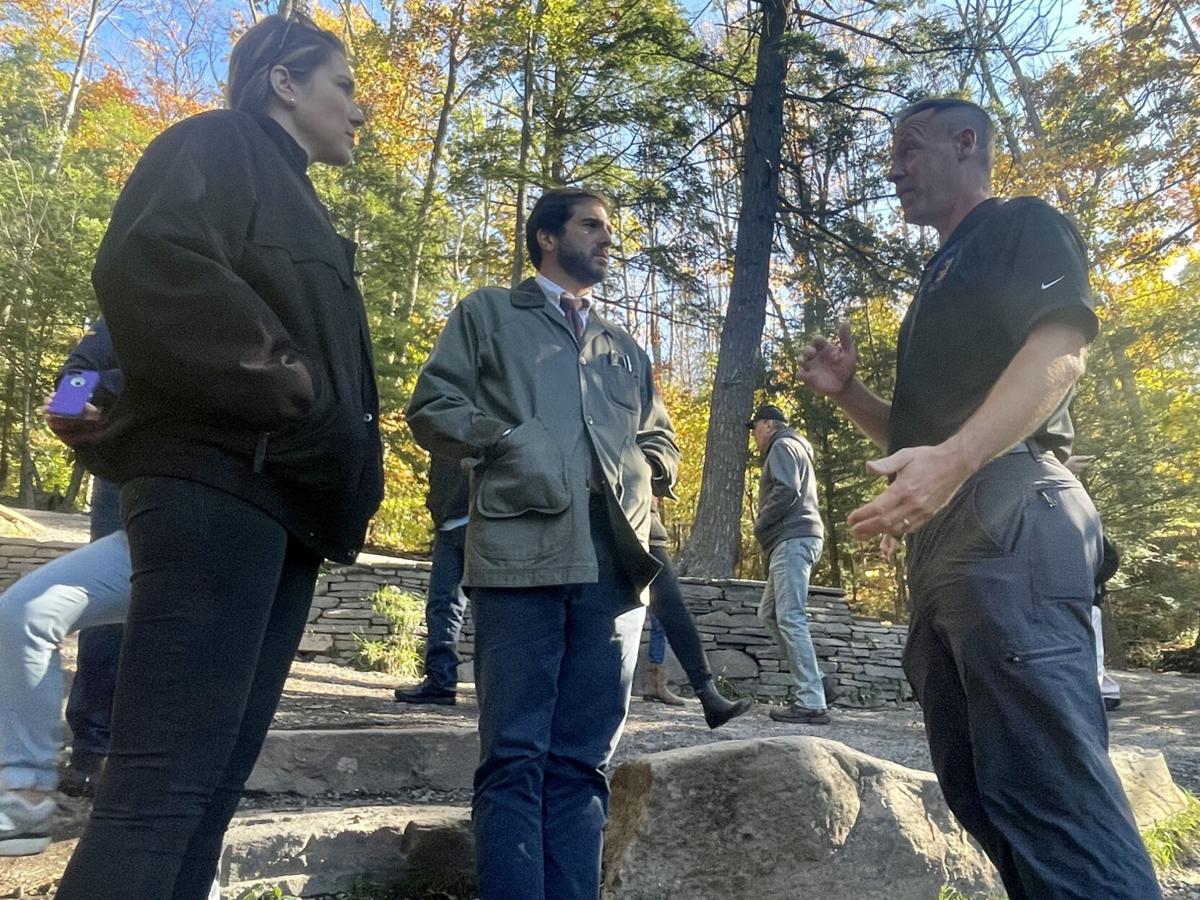 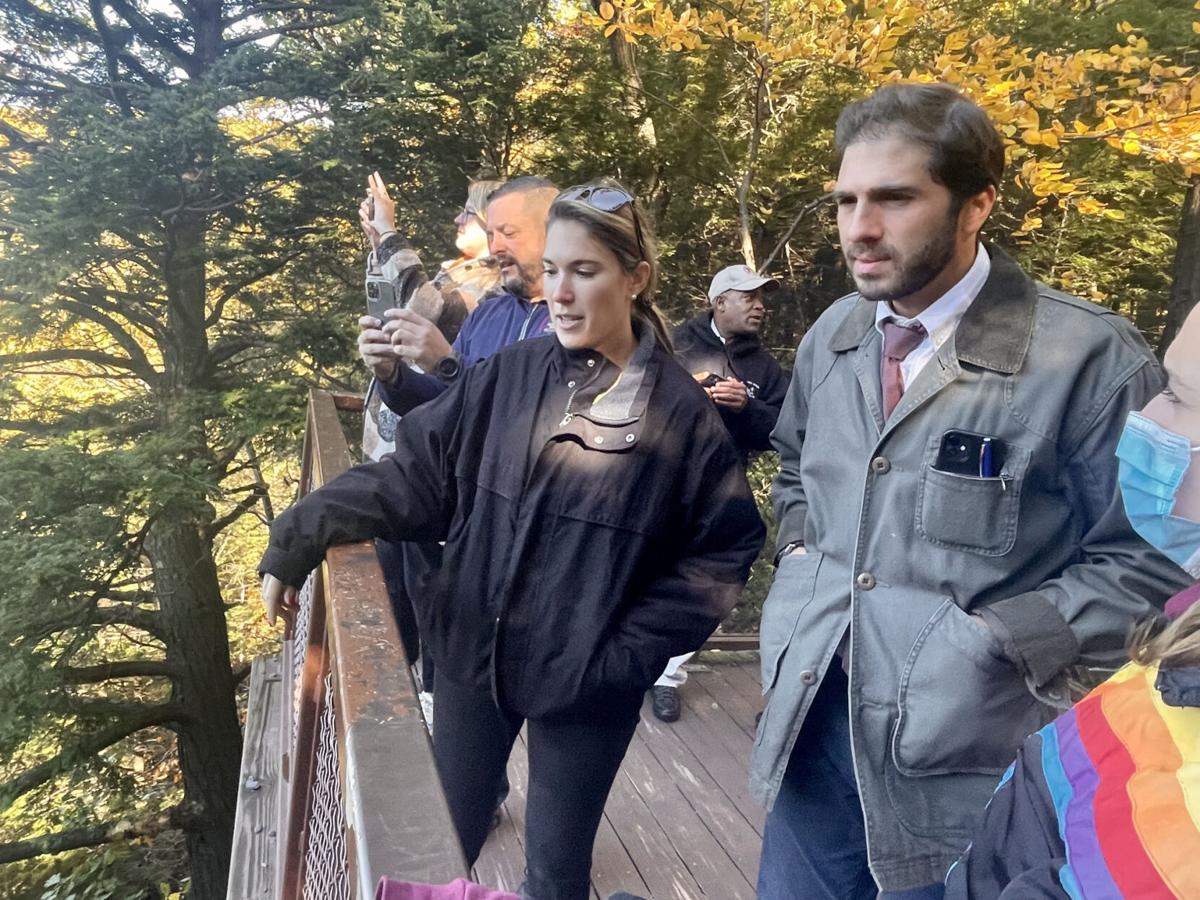 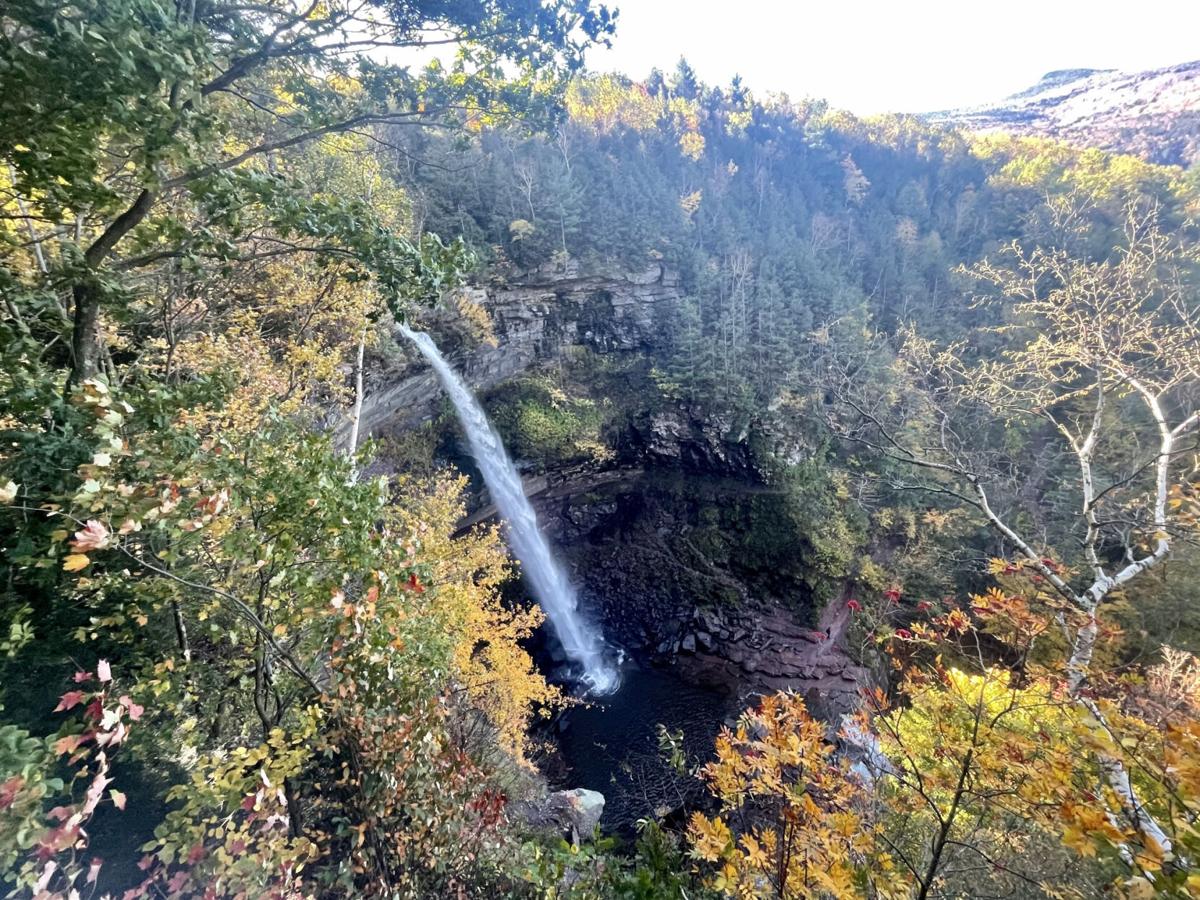 A view of Kaaterskill Falls from the overlook on the trail off Laurel House Road in Palenville. Kate Lisa/Johnson Newspaper Corp. 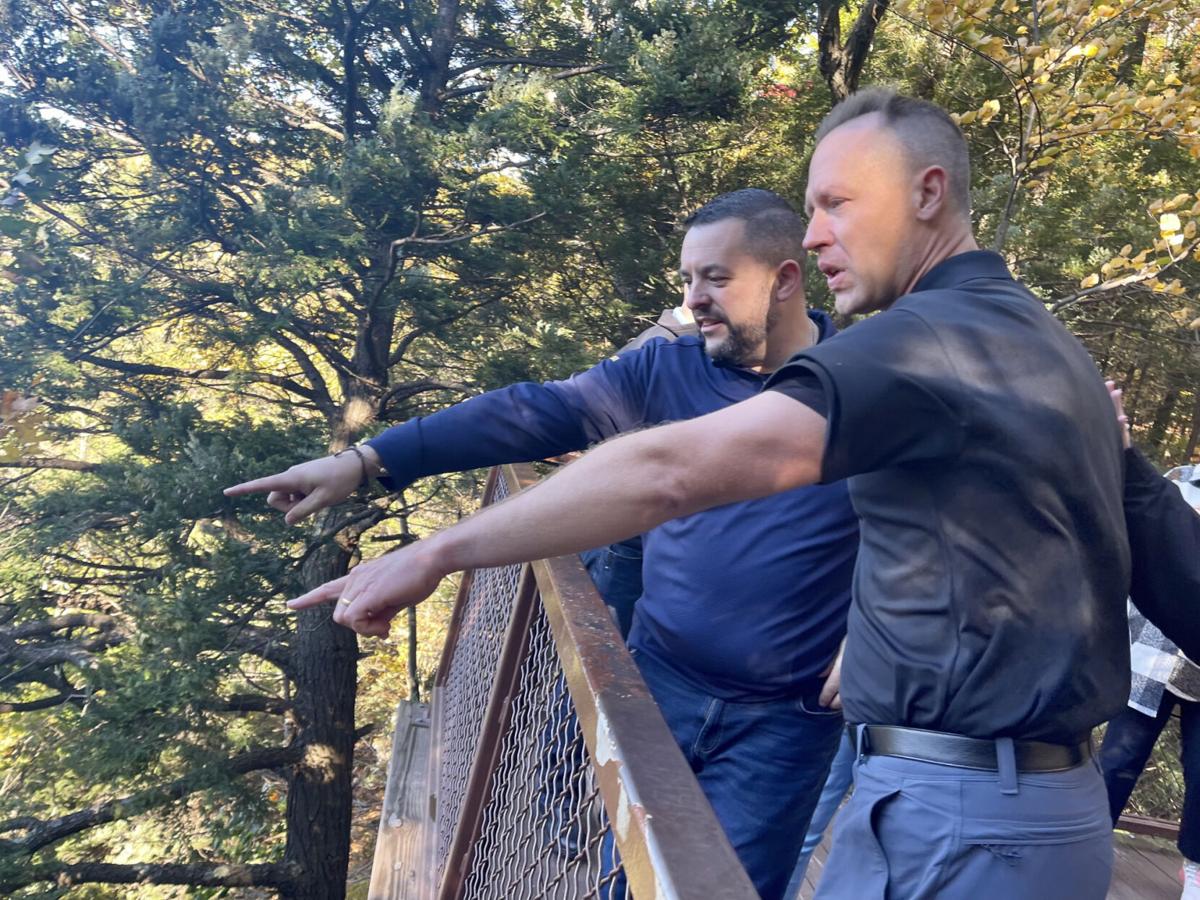 A view of Kaaterskill Falls from the overlook on the trail off Laurel House Road in Palenville. Kate Lisa/Johnson Newspaper Corp.

PALENVILLE — Two state senators toured a popular trail in the Catskill Mountains on Tuesday with union representatives and discussed how to bolster recruitment of state forest rangers and environmental officers as their low staffing numbers struggle to keep up with increasing visitors since the start of the COVID-19 pandemic.

Visitors from New York City and the surrounding metropolitan areas and densely populated areas in other states have skyrocketed at New York parks and trails since the start of the pandemic 19 months ago.

Scores of visitors and families of all ages hiked the trail Tuesday afternoon. The parking lot was full of tourists before 10:30 a.m.

Search-and-rescue incidents, too, have also increased with the greater number of visitors.

“What we lack today is being able to meet them before they enter the woods — it’s the front-country interaction that we’re missing, so we can’t educate the users and tell them to be more prepared and what to bring or what they should expect when they enter the wildlife of New York state,” said Lt. Dave Pachan, who represents forest rangers within the state Police Benevolent Association.

“There would be a lot more face-to-face interaction,” Pachan added of more rangers or officers. “We don’t do as much proactive stuff as we need to — it’s all reactionary.”

Sen. Michelle Hinchey, D-Saugerties, and Sen. Andrew Gounardes, D-Brooklyn, who chairs the Civil Service and Pensions Committee, toured Kaaterskill Falls — a two-stage waterfall on Spruce Creek in the eastern Catskill Mountains in Greene County on Tuesday to see and discuss the impacts of additional visitors using the trail with the same, low number of rangers and environmental conservation officers.

The state had 124 forest rangers as of Tuesday, including supervisors, lieutenants and captains. Ninety-three serve as ground rangers to cover the 5.2 million acres — or about 58,000 acres for each of them to patrol each day.

For perspective, the city of Buffalo, in Erie County, has about 33,000 acres.

New York State Police have about 5,000 officers to patrol the entire state.

Two ground rangers are assigned to Kaaterskill Falls, which is a frequent attraction for visitors.

“We’re at critically low levels and have been for a long time,” he added.

Gounardes will visit with public servants at locations around the state during a tour over the next two weeks.

“The story of the last decade in New York has been a total depletion of our public-sector workforce — not just park police, every single agency in the state has had its workforce depleted,” Gounardes said of workers doing the jobs of three to five employees.

Recruiting and retaining ENCON or DEC officers, forest rangers, state Park Police and others is difficult, Pachan said, because New Yorkers who train to become a police officer go to work for state police, or other county or municipal agencies with better pay, benefits and retirement.

The state has seen attrition of 78 Park Police officers in the last two years.

“It’s mind-boggling how that is even allowed to happen,” Gounardes said. “It is impossible to expect less than 200 officers to patrol every single acre of park land in New York state. It is an impossible task, and we set them up to fail.”

“I’ve made known for a while my displeasure at the attrition of our public sector workforce with the previous governor,” he added.

A bill, co-sponsored by Gounardes and Hinchey, passed the Legislature this session to establish a 20-year retirement plan for members or officers of state law enforcement, including environmental conservation officers, forest rangers, police officers within the DEC, regional state Park Police and university police officers.

“We have this beautiful land ... but we need to make sure we’re preserving it,” Sen. Hinchey said. “That means we have to make sure it’s staffed with people who can guide people to use the lands well, correctly and safely. How do we keep people safe in our communities as they come to visit? It’s the PBA of New York state that’s doing that.”

Gounardes and the PBA separately urged staffers in the governor’s office to advance the bill that would help reverse the rates of attrition and keep expertise within each agency.

Gov. Kathy Hochul had not called the bill to her desk or signed it into law as of Tuesday. The governor can sign it into law until the end of the year.

Representatives from Gov. Hochul’s office do not comment on pending legislation, but say they will review the measure.