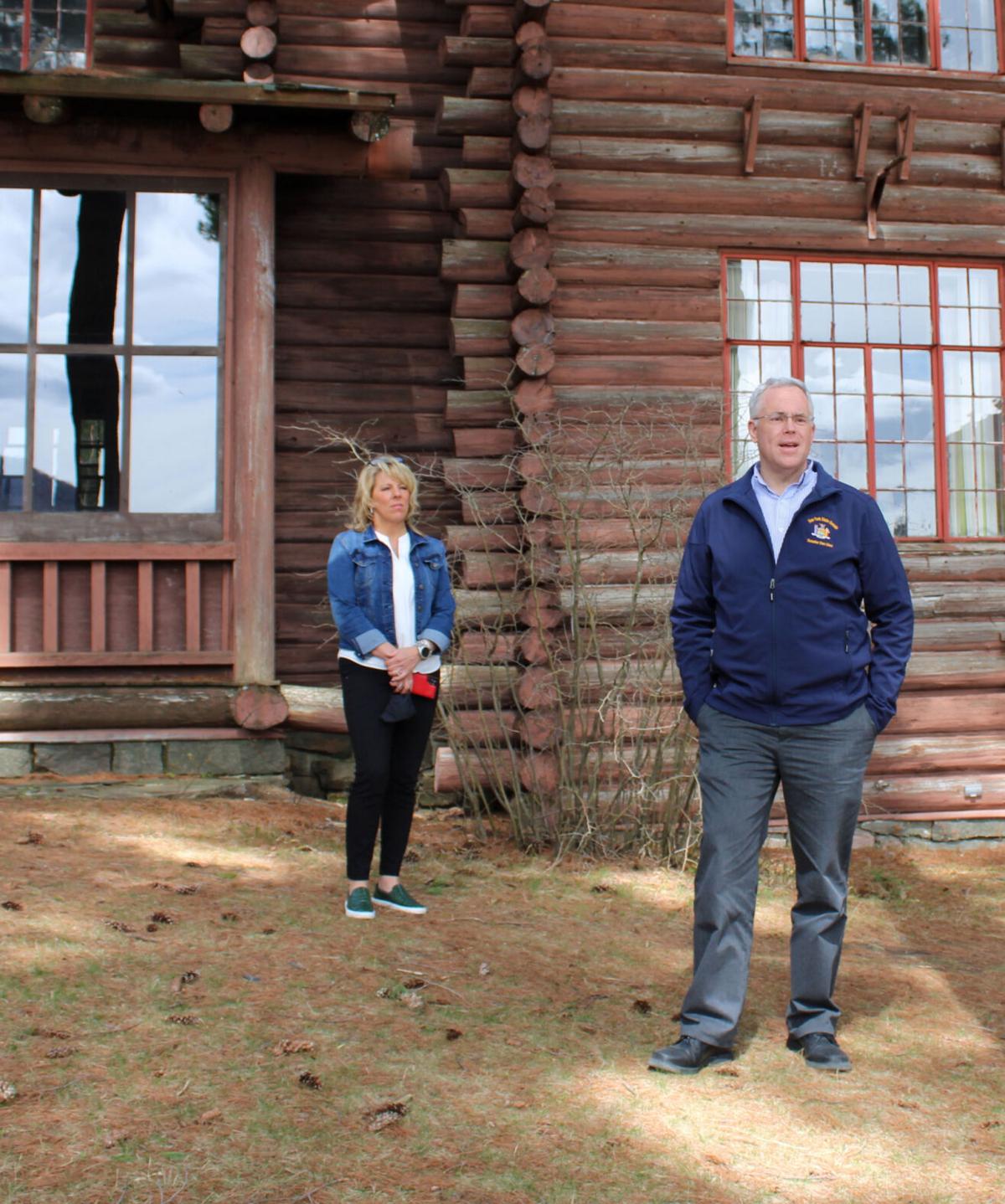 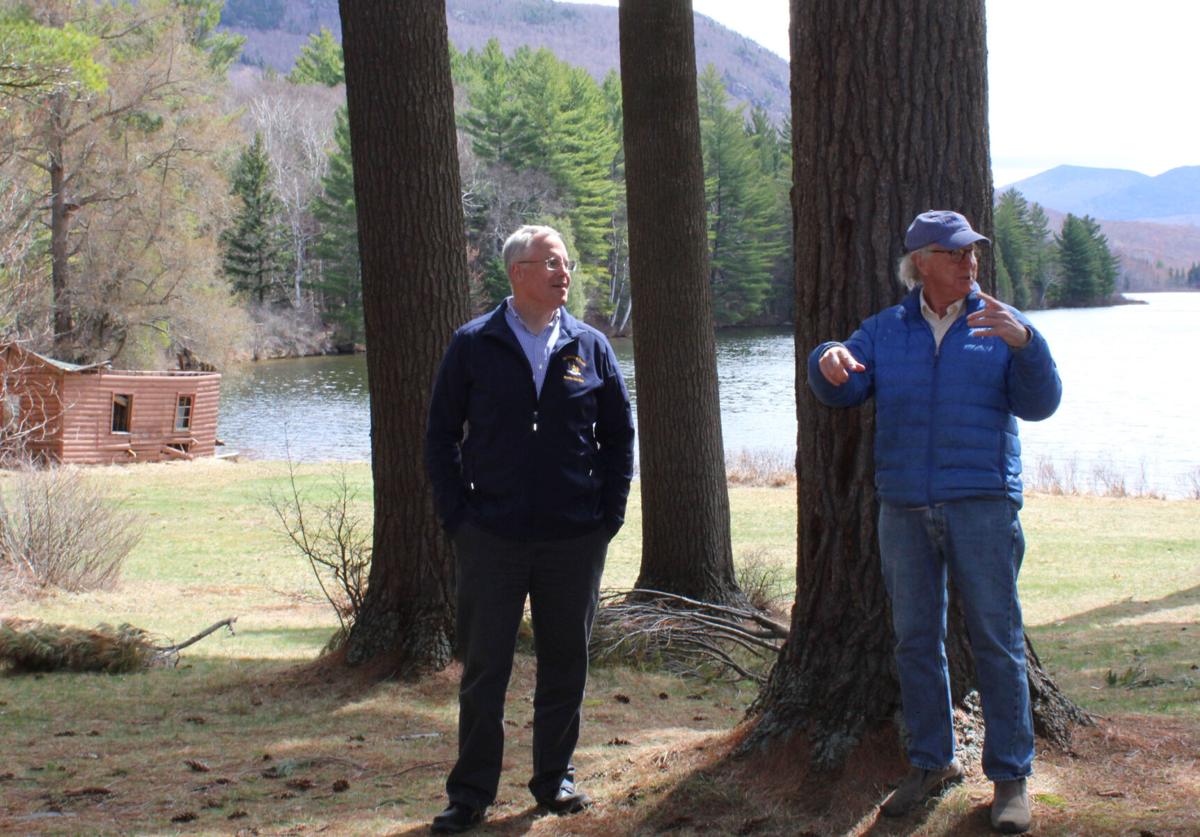 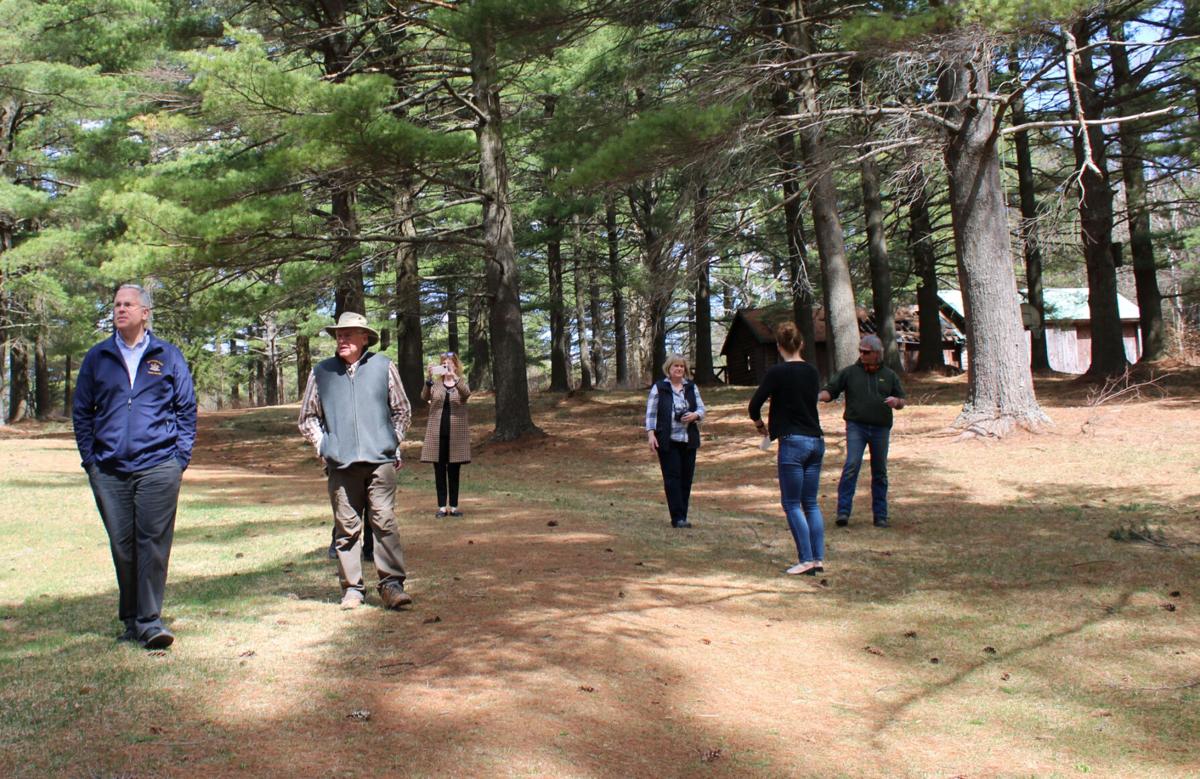 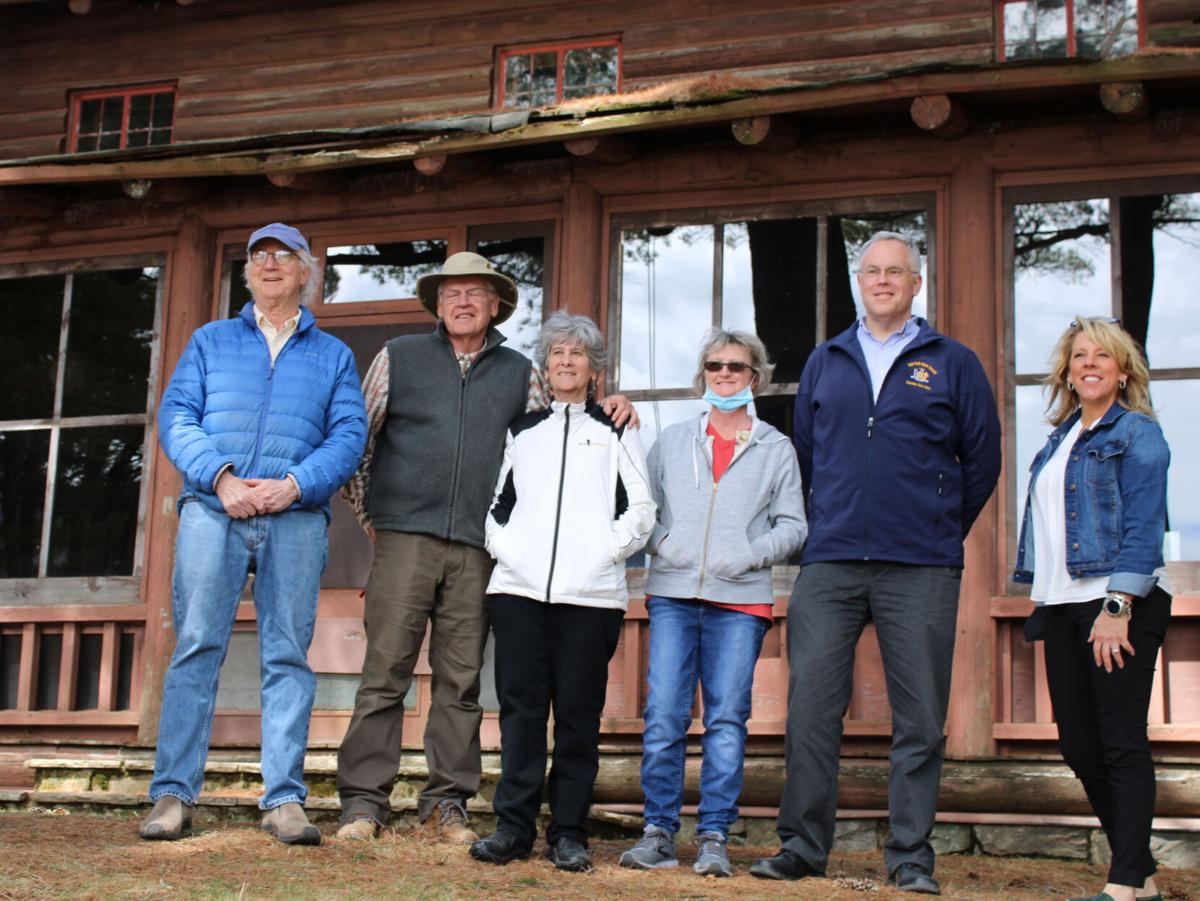 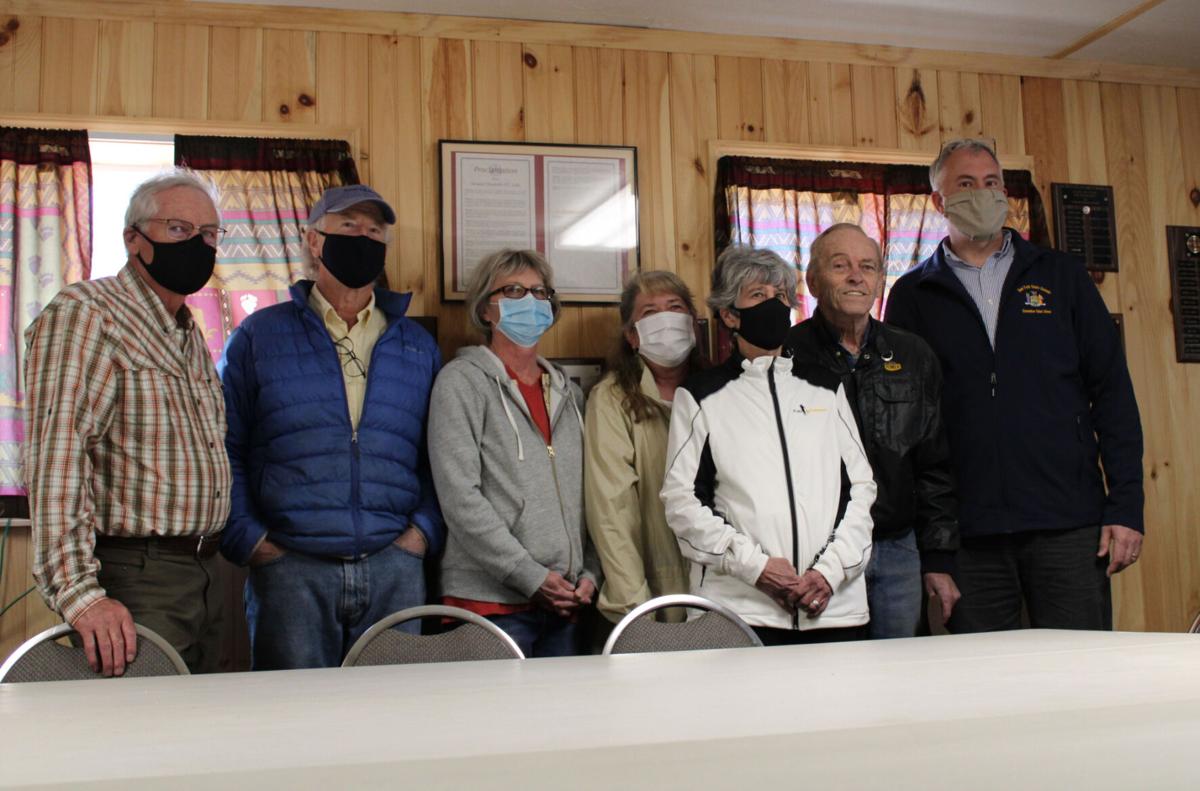 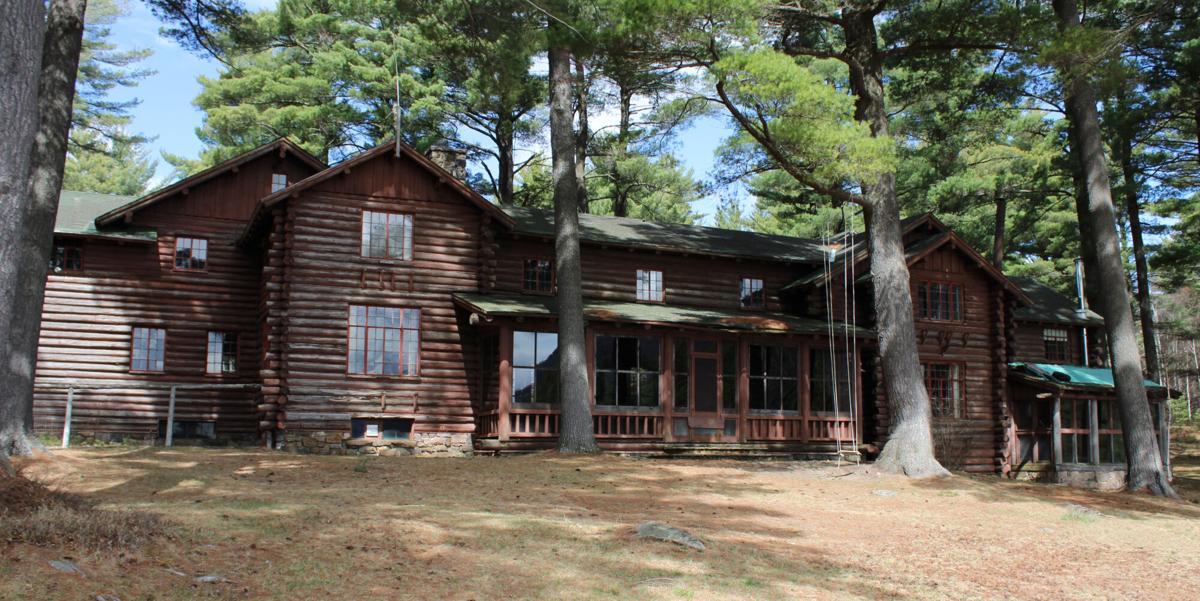 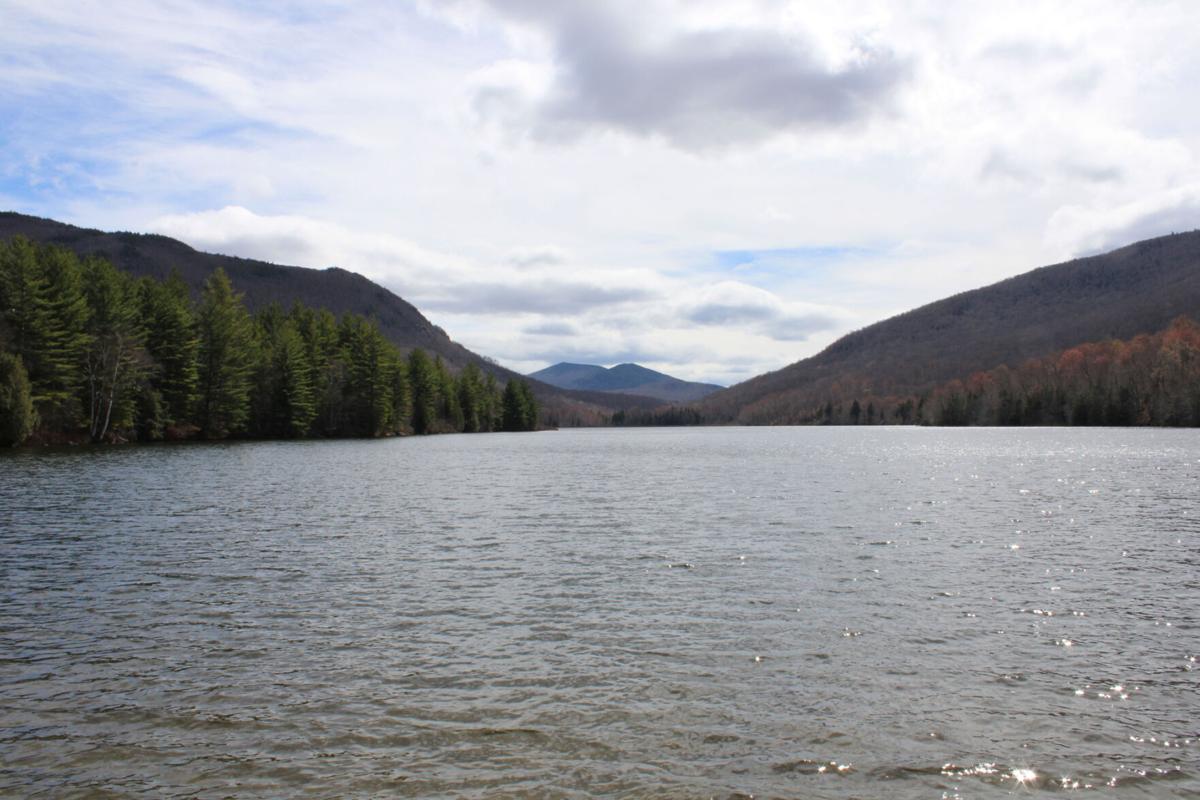 A view of Debar Pond as seen from lodge. Alexander Violo/Malone Telegram

A view of Debar Pond as seen from lodge. Alexander Violo/Malone Telegram

DUANE — A state senator and officials from the town of Duane paid a visit to Debar Lodge, Monday afternoon, as the state legislature mulls a constitutional amendment which could save the building.

The lodge is at the center of a proposed amendment to the state constitution to preserve Debar Lodge and use it in the public interest, after a state management plan called for the addition of a new day-use area at Debar Pond, a proposal which includes removing the lodge.

The lodge, which was built in 1939, sits in a strand of tall pine trees, on the edge of Debar Pond, and local officials are working with a non-profit to preserve the building after a new state management plan called for its removal.

In November 2020, a new management plan for the state-owned site called for the addition of a new day-use area and the removal of the lodge.

In January Duane town officials passed a resolution in support of a proposed land exchange at Debar Lodge, aiming to preserve the site, while also promoting recreational opportunities in the area of the camp.

According to Stec, he said the lodge and the surrounding property were an impressive sight, adding it was his first time visiting the lodge and nearby pond.

“I’m glad I came up, the pictures don’t do it justice,” Stec said, “I’ve been reading about it for a few years now, but this is my first change to get in here and look at it.”

Executive Director Steven Engelhart of Adirondack Architectural Heritage of Keeseville, a non-profit that supports preservation efforts in the Adirondacks, credited the town of Duane for their support of the Debar Pond Institute, a non-profit organization, working to aid the preservation of the lodge.

“Thanks to this convergence of having a town that is incredibly interested and the creation of the Debar Pond Institute that comes with money attached to it to do a lot of things we are talking about, and to have a vision for the property which is just not that we want to save it but this is what we see doing with it,” Engelhart said.

According to Stec, without the local support for the land exchange from Duane, and similar resolutions in Bellmont, Malone, and by the Franklin County Legislature, it would be difficult for the state legislature to consider a constitutional amendment.

“If it wasn’t for the local support, if the ground wasn’t set behind this it would be harder to pursue,” Stec said, “The legislature, both sides of the aisle, both houses have interest in it, we are going to see if we can figure this amendment out.”

One of Stec’s committee assignments in Albany is on the Environmental Conservation Committee.

Stec said with restoration projects there is a window in which action needs to be taken.

“You get an opportunity, a window of time, it is either going to happen and when you make that decision that’s it you aren’t putting it back, if it gets torn down you are never going to put it back, this is the window now,” Stec said, “It is a beautiful structure and I can see what they are saying where it can use some work, I don’t know what building that age doesn’t but what a beautiful spot.”

Engelhart said the site could accommodate both the historic camp and public use opportunities for outdoor recreation called for in the state’s management plan.

“Really what is special about this site is the opportunity that is presented here from the buildings, from the setting, in this town, for some kind of public use,” Engelhart said.

Engelhart said the site also provides an opportunity to relieve stress on the High Peaks portion of the Adirondacks during the summer season.

“The more we can spread it out the better it is for everybody, better for road safety and economics,” Stec said, “You don’t have to be in the High Peaks to have tremendous beauty.”

Stec said the lodge’s location, near a state highway was advantageous to drawing visitors to the area.

“I mean it is not in downtown Saranac Lake but it is right off of 30, it’s easy to get to,” Stec said.

The Debar Pond Institute is looking to enter into a land exchange agreement with the state to trade acreage elsewhere in the park in return for approximately six acres of land including Debar Lodge, with the goal to refurbish the lodge and operate it in the public’s interest, according to Engelhart.

Engelhart also talked about the history of the property and said the lodge was built by Adirondack architect William Distin, but the site’s history predates the construction of the lodge itself.

According to Engelhart, Robert Schroeder, the son of a German brewer, began acquiring land around Debar Pond in the 1880s to plant hops.

An amendment to the state constitution is required because Article 14 of the state constitution states, the lands of the state, now owned or hereafter acquired, constituting the forest preserve as now fixed by law, shall be forever kept as wild forest lands. They shall not be leased, sold or exchanged, or be taken by any corporation, public or private, nor shall the timber thereon be sold, removed or destroyed.

Stec said a constitutional amendment necessitate a vote in the legislature during two different legislative sessions.

In addition to his stop in Duane, Stec’s trip to Franklin County also included a visit to the Visitor Interpretive Center in Paul Smiths, according to Mayor Andrea Dumas of Malone, who works as a community liaison for Stec’s office.