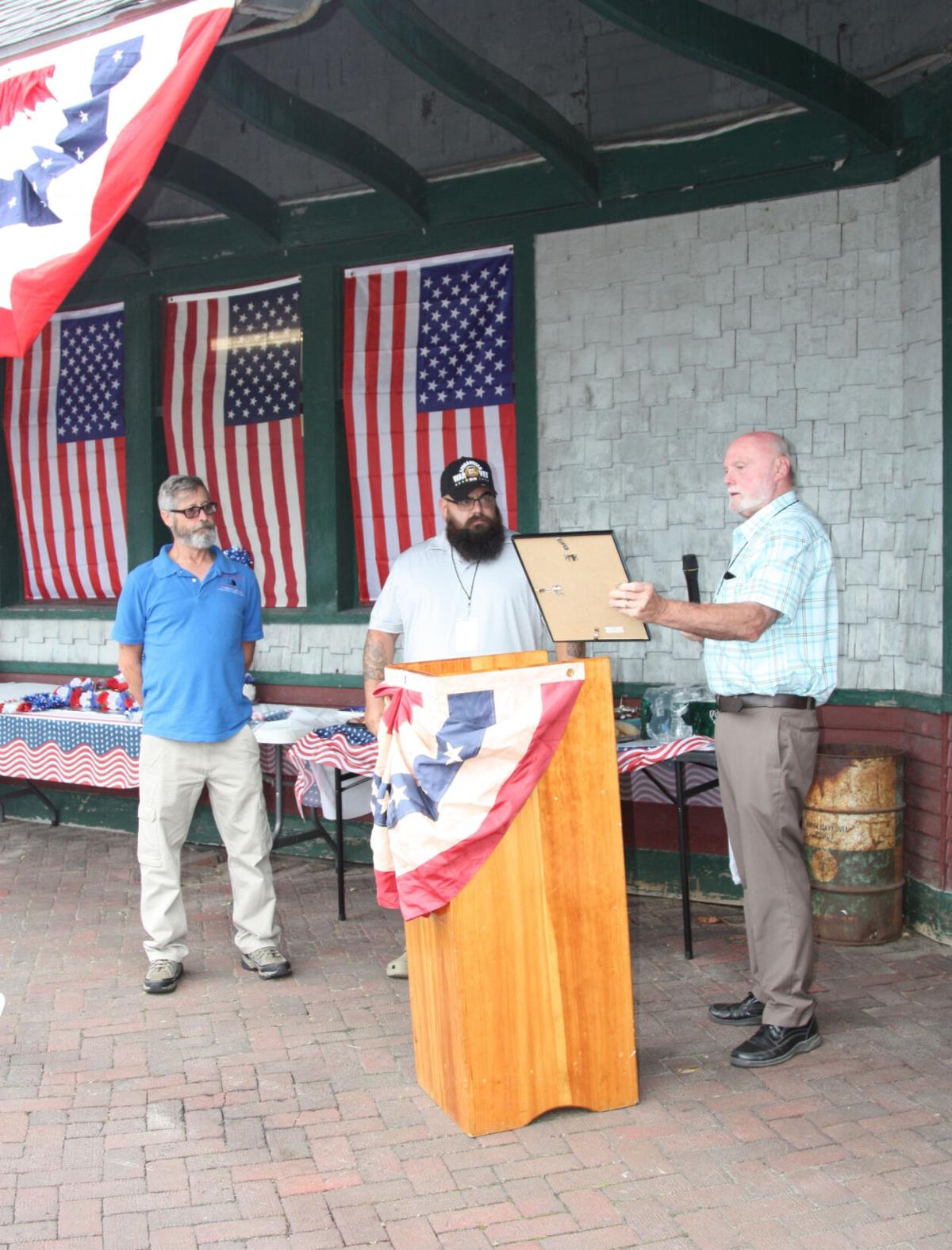 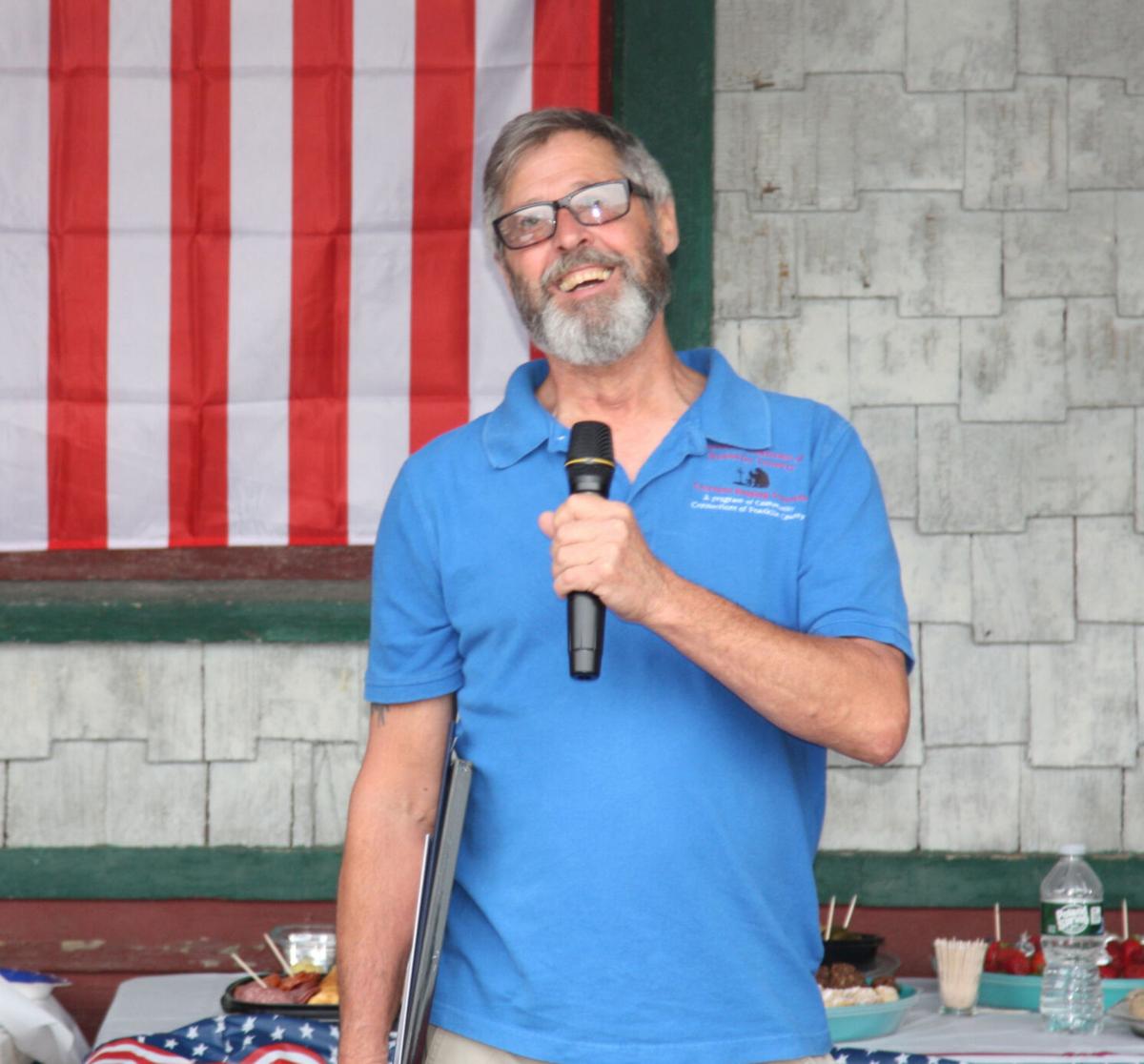 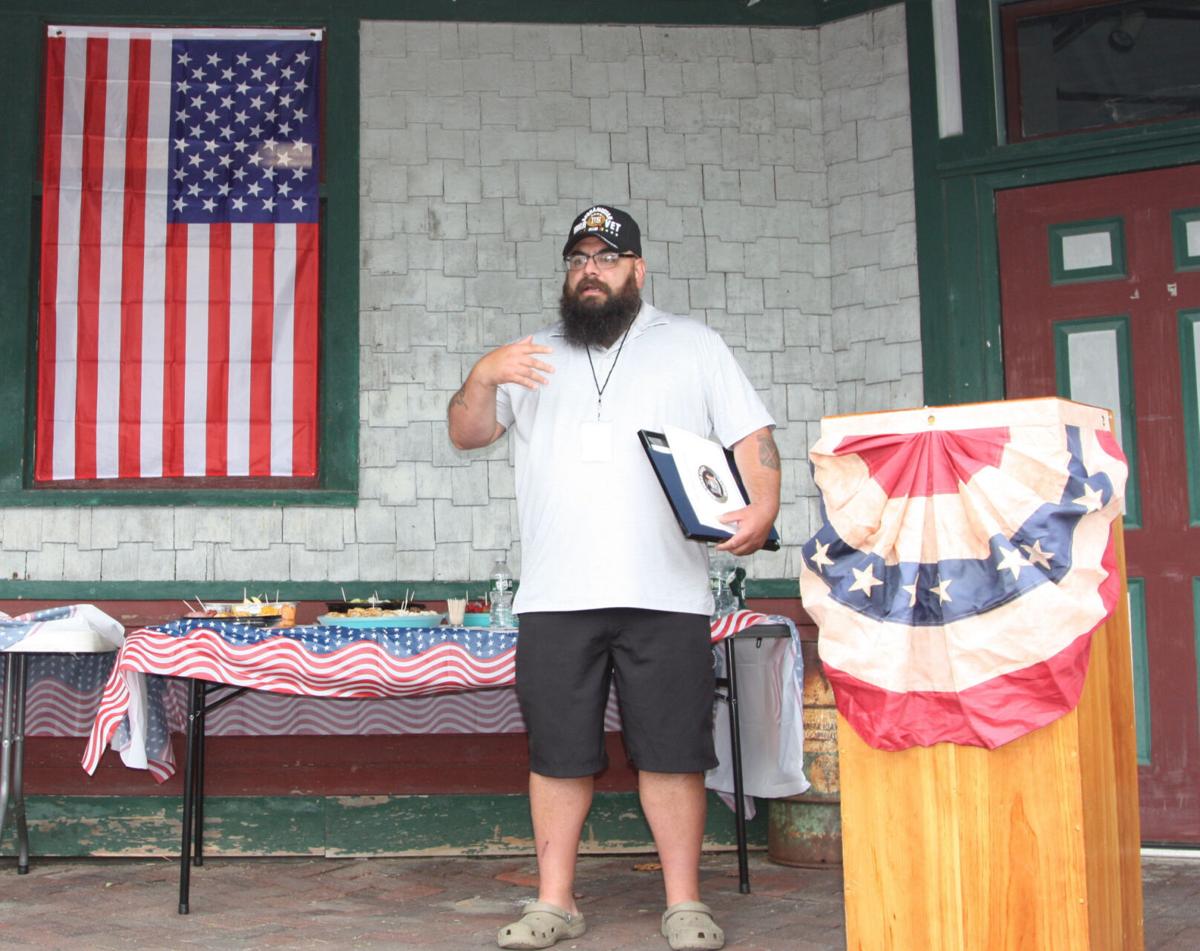 Eugenio Ramirez speaks of his time at North Country Community College in Malone and starting a group to support local veterans at the college. Alexander Violo/Malone Telegram

Eugenio Ramirez speaks of his time at North Country Community College in Malone and starting a group to support local veterans at the college. Alexander Violo/Malone Telegram

MALONE — Two local veterans were honored for their support of fellow vets, receiving Veteran of the Year awards, at a ceremony, Friday evening.

Resolutions form the county legislature, and proclamations from the state assembly, and state senate were presented to David Mahoney and Eugenio Ramirez as part of the first day of Vet Fest, last Friday, on Elm Street, at the historical railroad station, now the home of Legault Construction and Ron and Jerry’s, antique store.

Ramirez, an Army veteran, was named Veteran of the Year for 2020.

“You are a man of fine character and good will, who is always willing to lend a hand to individuals in need,” Donald Dabiew, D-Bombay, a Franklin County legislator, said during the presentation of the county’s resolution to Ramirez. During the presentation of the proclamation from the state assembly, Gregory Janisewski, D-Chateaugay, a Franklin County legislator, presenting the award on behalf of Assemblyman D. Billy Jones, D-Chateaugay Lake, thanked Ramirez for his work with veterans at North Country Community College.

“Mr. Ramirez was the founding president for NCCC’S official veterans club for the Malone campus, and helped foster a welcoming committee for veterans and encouraged them to pursue higher education,” Janisewski said.

Ramirez said he started helping out his fellow veterans at Malone’s community college after seeing a need to do so.

“I did it because the veterans need help, the way I felt was I had to do what I had to do, get them motivated and say hey we are here and we will get you the help you need,” Ramirez said.

Ramirez said the group started shortly after his first classes at the Malone college.

“My first semester at the college here in Malone,” Ramirez said, “I saw there was nothing there for the vets, I was very lost, and the teachers there really helped me out and after a few months it finally shot off, we had good success in starting it for the vets.”

Ramirez described the group as a team to support local veterans as they continue their education.

“We say, hey we are here if you want to get a degree, we will help you, and we got your six,” Ramirez said.

Mahoney, a Navy veteran, received the Veteran of the Year award for 2021.

“You are a generous, selfless man who is an inspiration to all who know him, and he is also helping veterans in need,” Dabiew said, during the presentation of the county legislature’s resolution.

“Mr. Mahoney founded the Veterans Coalition of Franklin County to improve the quality of life of veterans within the community,” Janisewski said.

Mahoney said he started the coalition in 2011.

“I started it for the same reasons last year’s recipient stated, I didn’t see anything in the area for our veterans, and I had the opportunity to start the coalition with the assistance from New York City’s mental health association, they actually sent up a World War II veteran who opened our doors for business,” Mahoney said.

Mahoney reflected fondly on his experience over the past several years.

“It was probably the best five years of my life, serving my fellow veterans, and I appreciate every single one of you,” Mahoney said.

Also honored as part of Vet Fest’s opening night was Suzanne Lapoint-Stevens, who started Adirondack Vet Fest seven years ago, working hard to make it a success ever since.

According to Lapoint-Stevens, two Veteran of the Year awards were given out this year since Vet Fest was not held in 2020 due to COVID-19.

This year’s multi-day event was held to raise support for suicide awareness and support for the mental health of the nation’s veterans.

Two veterans groups, 46-4-22 ADK, and Amvets 22 A Day, were the recipients of funds raised through this year’s events.

Both groups work to raise public awareness about mental health issues and challenges facing veterans, according to Jason Murray, a volunteer with Vet Fest.

On Saturday afternoon, a resolution was presented officially declaring Franklin County as a Purple Heart county.