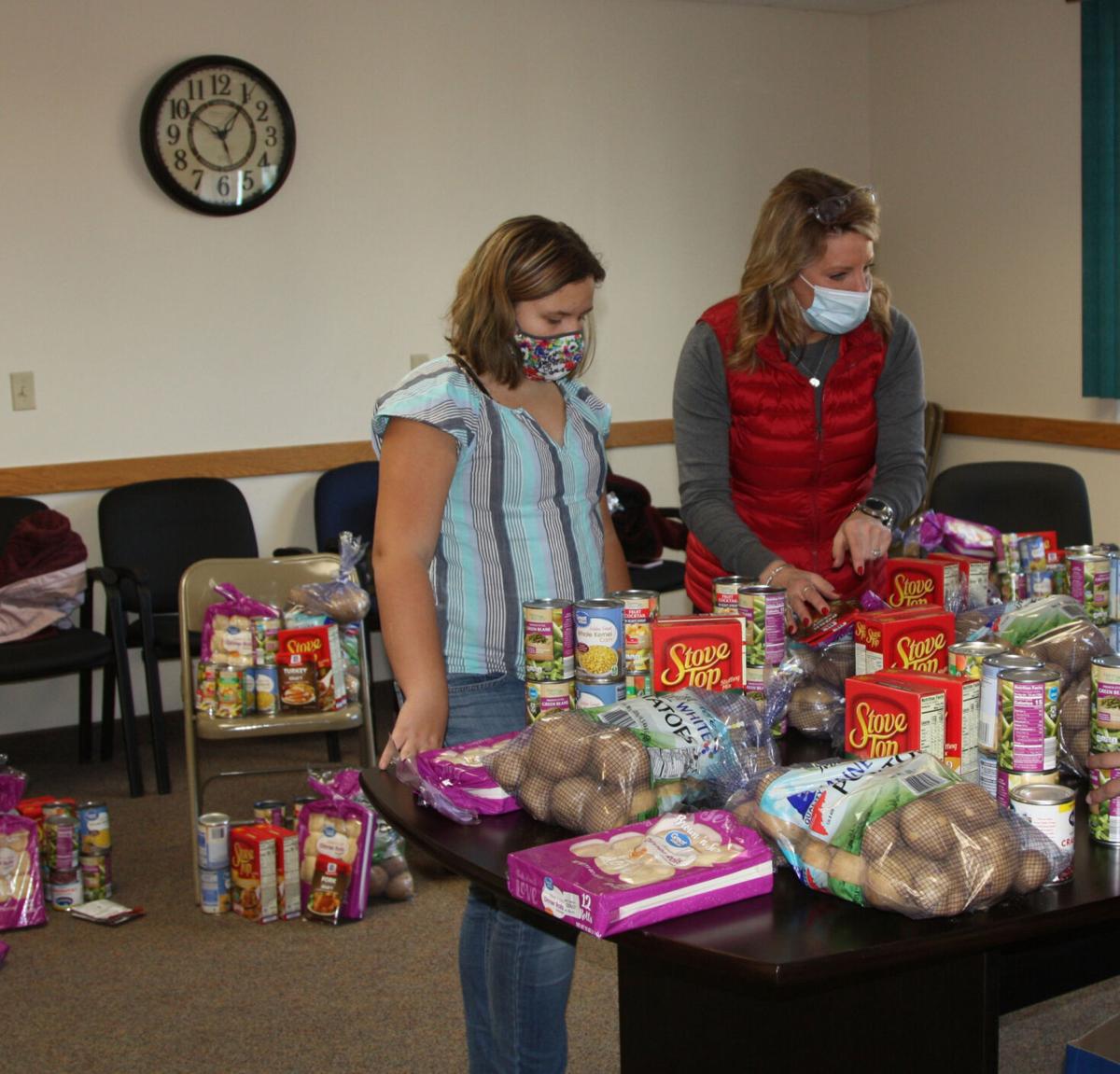 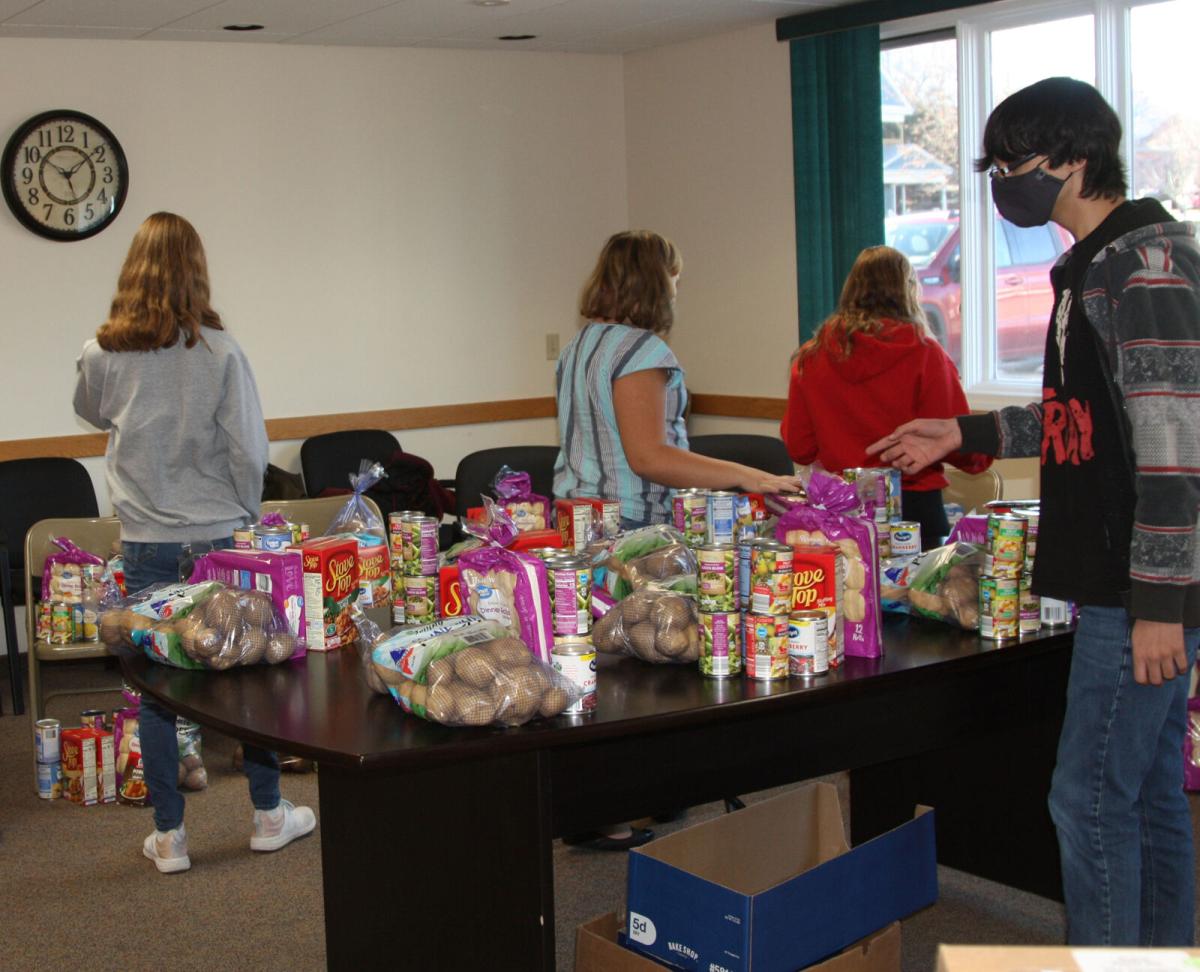 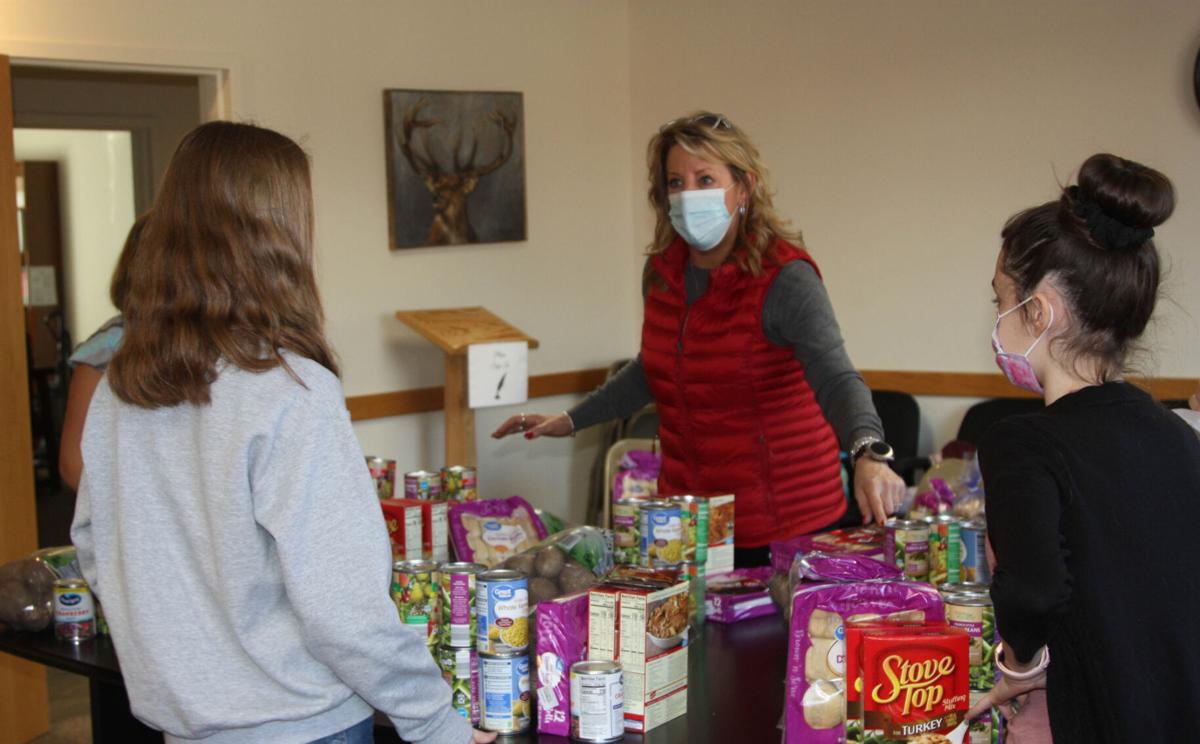 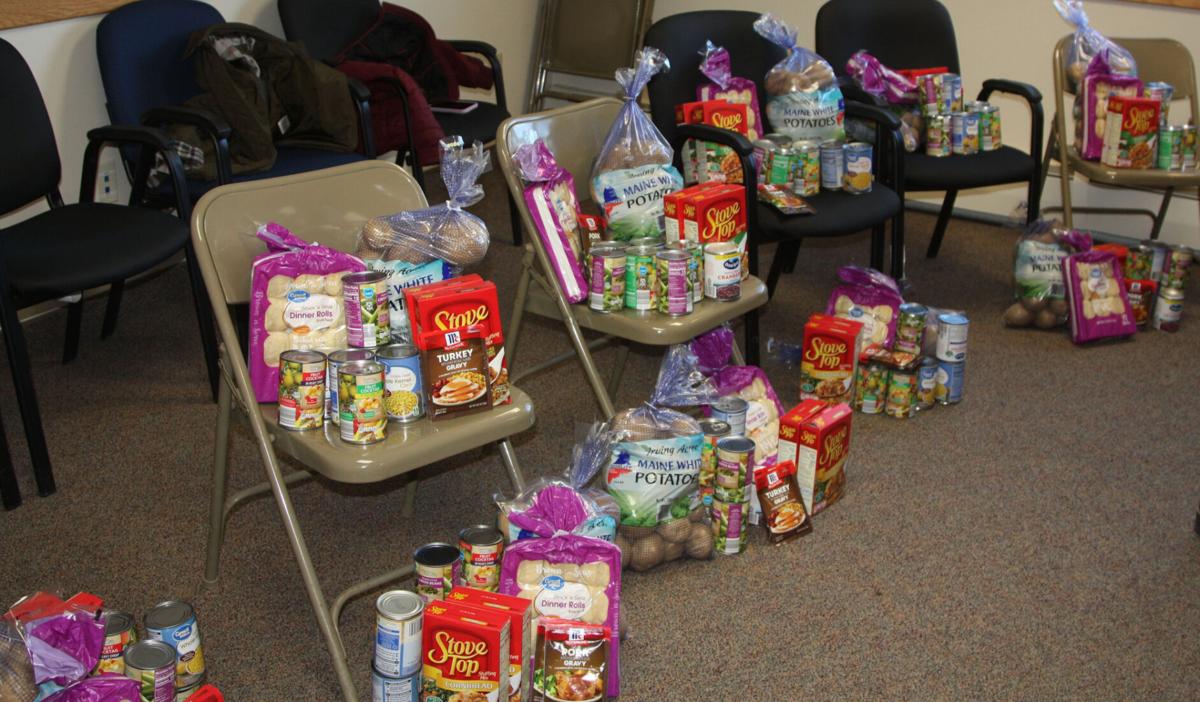 Food for the Thanksgiving meals delivered by the village of Malone on Wednesday was purchased with donations from Bilow Farms. Alexander Violo/Malone Telegram

Food for the Thanksgiving meals delivered by the village of Malone on Wednesday was purchased with donations from Bilow Farms. Alexander Violo/Malone Telegram

At the conclusion of Wednesday morning’s workshop, the village mayor and trustees met with the Youth Council, a group of six people, from the youngest in sixth grade to a junior in high school.

After discussing an overview of village government with Mayor Andrea Dumas and Trustees Matthew Boyea and Archie McKee, the students helped organize and pack Thanksgiving dinners in preparation for the holiday.

“We have got hams, turkeys, milk, cheese and crackers,” Dumas said.

“I was given a list and called each family and asked them what their wishes would be for a holiday meal,” Dumas said. “I had someone who wanted a lasagna dinner, one who wanted pork chops. It is not just, ‘here, you are going to get what we are going to give you.’ We kind of tailored it. We got items we would serve at our own dinner, the stuffing, the rolls, the potatoes, the desserts.”

Dumas said the meals would be delivered to each house on the list.

“It’s a wide variety and we had some heartfelt conversations with people,” Dumas said.

Prior to getting the meals ready for delivery, the students on the Youth Council spoke with the village board.

“This is our first real official gathering as the mayor’s Youth Council,” Dumas said.

Students had to apply to be on the council, writing papers to the village to be part of the group, Dumas said.

“It was nice; I learned a lot about each one of you, which was good,” Dumas said.

Dumas gave the students an overview of the village board’s two monthly meetings and weekly workshops. She said at future meetings with the Youth Council the plan is to visit the village Department of Public Works garage, the village Water Department, the Malone Village Police Department, Franklin County’s Emergency Management Building, and the county Sheriff’s Office.

“Just different things that go on in the village, the town and the county, how many different entities that all of our boards consist of and what they work on,” Dumas said. “A lot goes on behind these doors that a lot of people don’t know. It is nice to get younger eyes and ears on projects we are working on.”

Dumas said during Complete Streets meetings, a group of local students was brought in to be a part of the process.

“They brought different ideas to us, sometimes when you get older, your views on things are a certain way and getting views from the youth in our community will bring a different aspect that sometimes we should consider a little bit more, get you guys more involved,” Dumas said. “It’s going to be really important that we have conversations on what you guys see in the community, different ideas you can bring to us that we might not focus on but younger people focus on, every time we meet we will try to do something new.”

At a workshop in October, trustees supported the idea for a Youth Council after Dumas presented it as a way to get younger residents involved in the community.

“We are trying to make people more aware of what we do, so maybe you guys will run for office some day and get involved in local government,” Dumas said.

Boyea thanked the students for attending the morning’s workshop.

“We appreciate you being here and hearing about how the village government works,” Boyea said.